“Secret Royal Inspector & Joy” is a historical comedy drama starring 2PM’s Taecyeon as Ra Yi Eon, a young gourmand who is appointed a secret royal inspector against his will. Kim Hye Yoon co-stars as Kim Jo Yi, a divorced woman searching for happiness who joins forces with him as he travels undercover to local provinces to uncover corruption.

Previously on the drama, the investigation team infiltrated the home of Soyang Trading Group owned by Park Tae Seo (Lee Jae Kyoon). They ended up in a trap, but the investigation team was one step ahead with a wonderful trick that allowed them to occupy the home. In addition, viewers were excited to see the blossoming romance between Ra Yi Eon and Kim Jo Yi.

The new stills are piquing the curiosity of viewers as they depict Ra Yi Eon and Kim Jo Yi becoming entangled in different situations. First off, the two are spotted in the middle of a mysterious garden of white flowers. Their eyes are round with shock, leaving viewers to wonder what surprising event has unfolded before them. 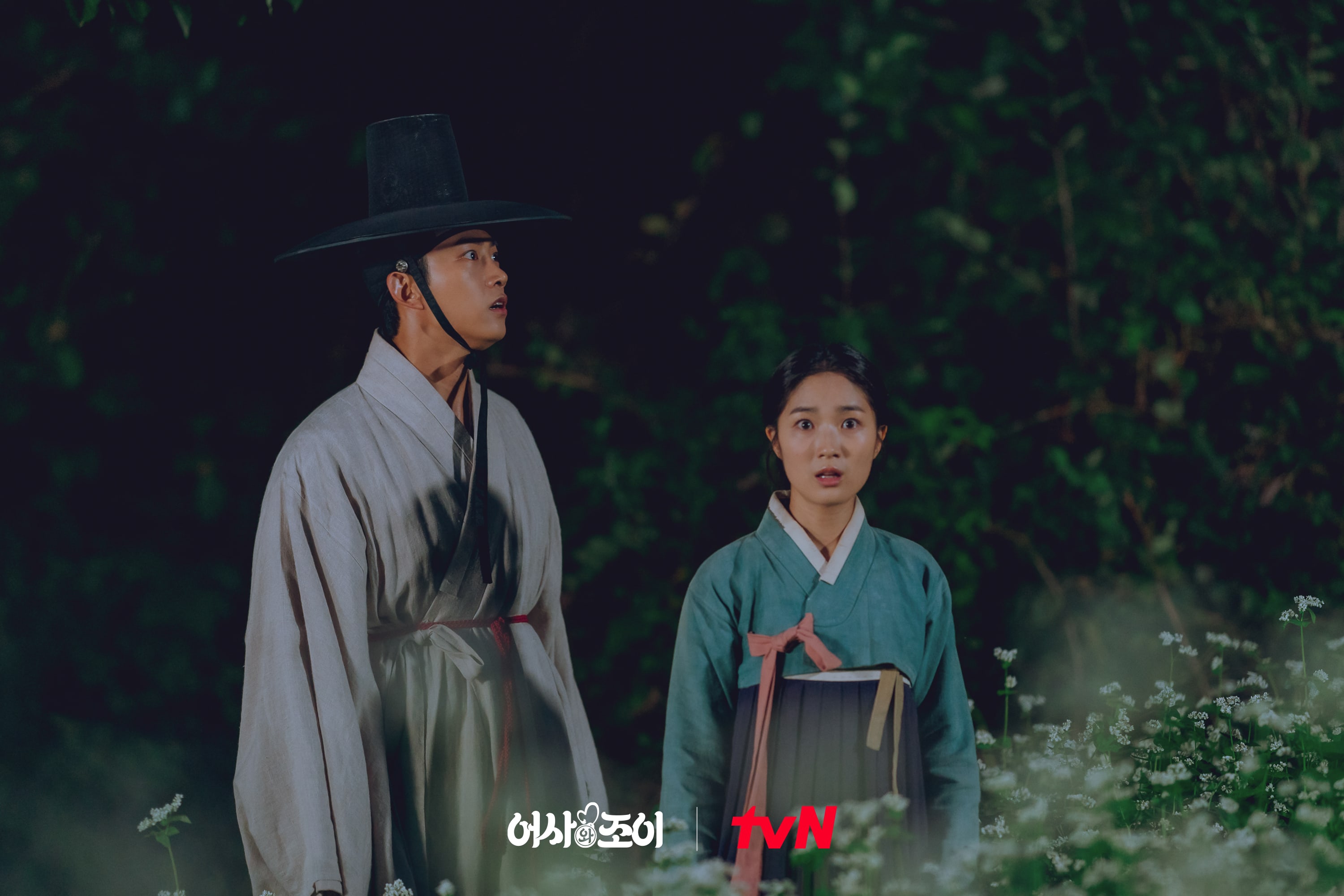 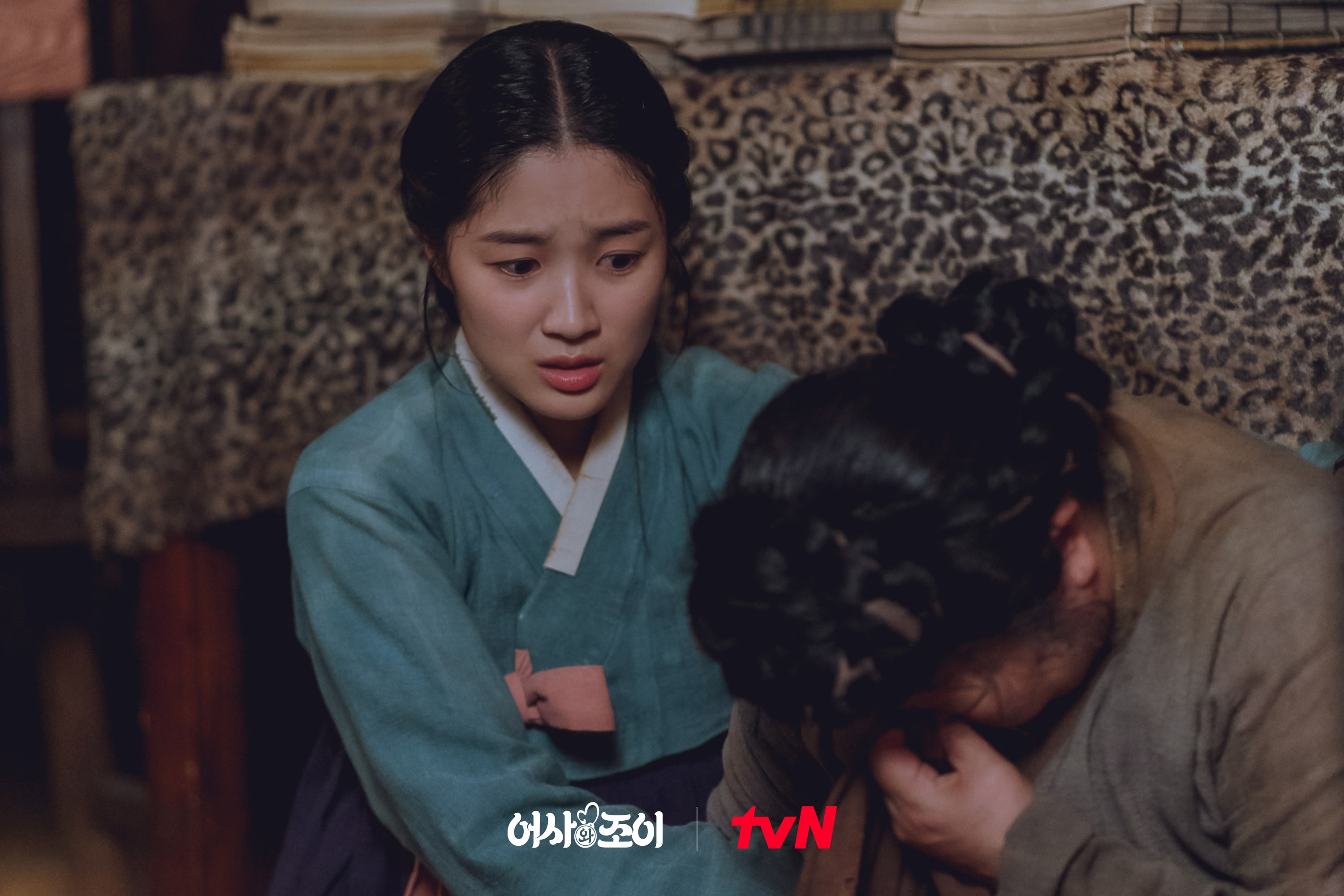 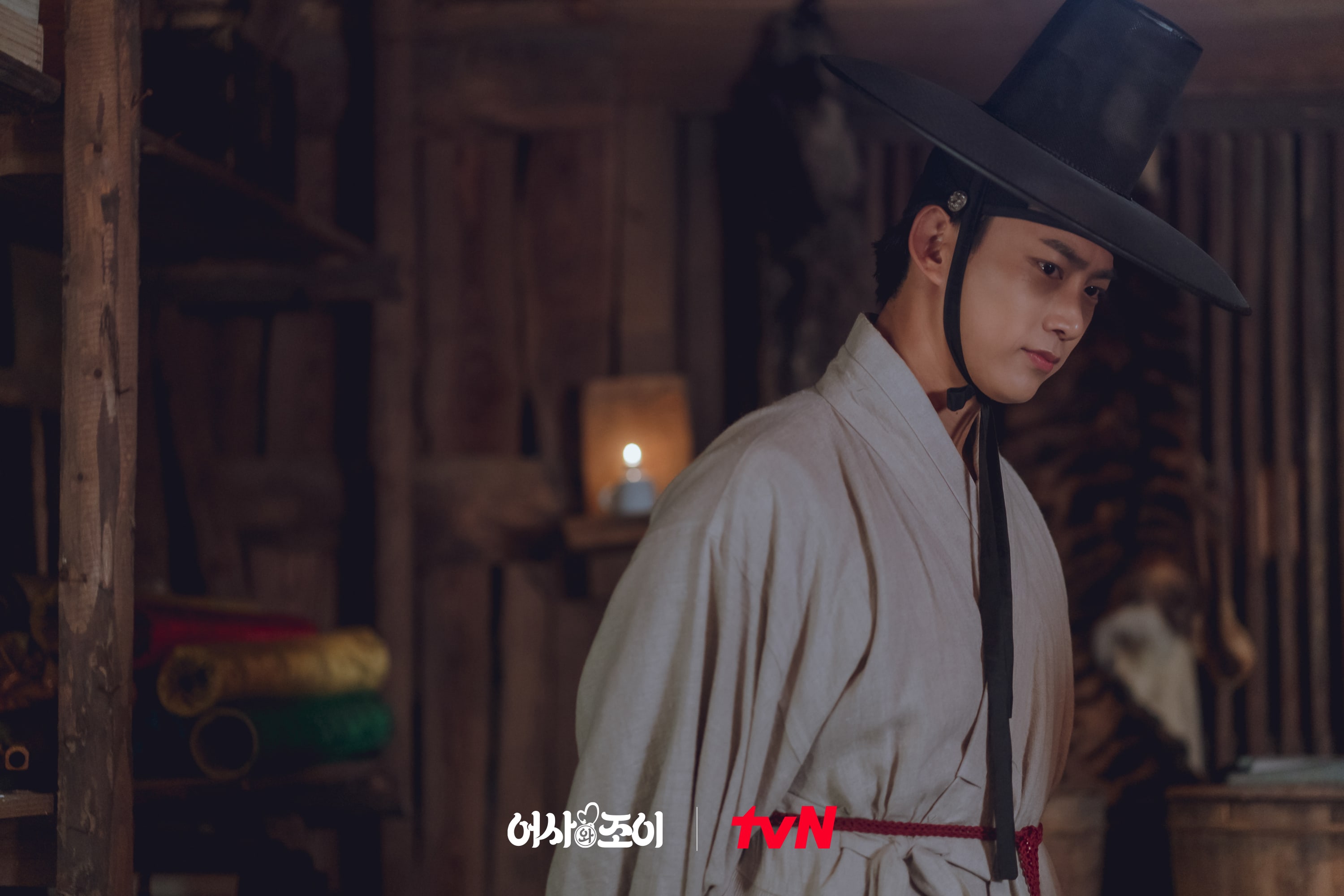 In one photo, Deokbong (Bae Jong Ok) appears with extraordinary charisma. As a woman from the Baekjeong social class who takes care of women and children who have nowhere else to go, she hides her identity from others. The preview for the next episode showed her pointing a gun at someone. Why did Deokbong, who usually conceals herself, decide to take matters into her own hands? 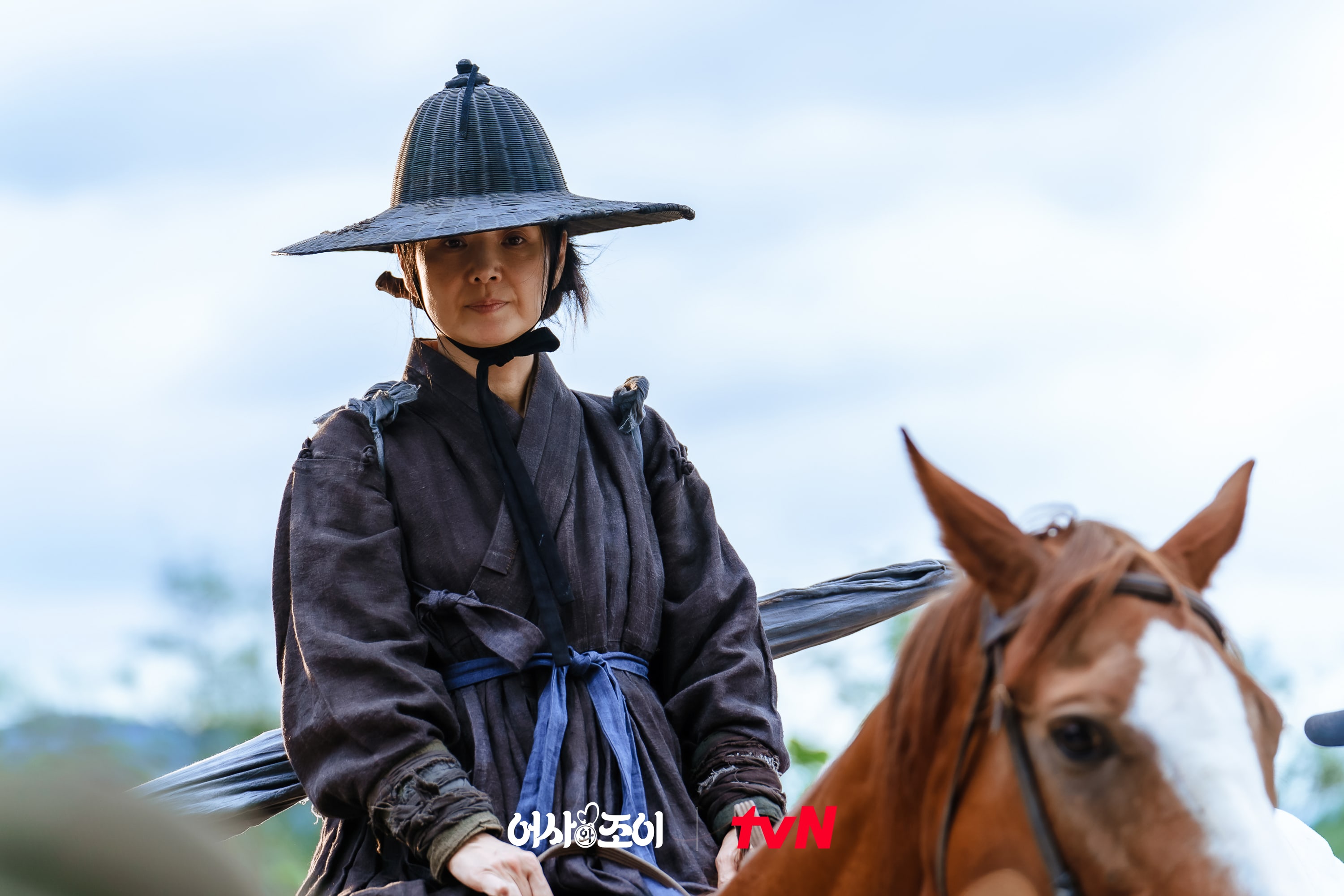 The drama’s producers teased, “As the situation of the investigation show grows bigger, various characters will appear. Characters intertwined with different desires will collide and increase tension. Please watch the investigation team’s performance as they defend justice even in the face of a crisis.”