BTS Speaks Up About Performing In Front Of Fans During Concert, Historic Win At AMAs, Grammy Nomination, And More

BTS spoke up about their historic win at the American Music Awards, their Grammy nomination, their long-awaited offline concert currently being held in Los Angeles, and more!

A global press conference for the group’s “PERMISSION TO DANCE ON STAGE – LA” concert was held ahead of the concert’s second night at the SoFi Stadium in Los Angeles, United States. 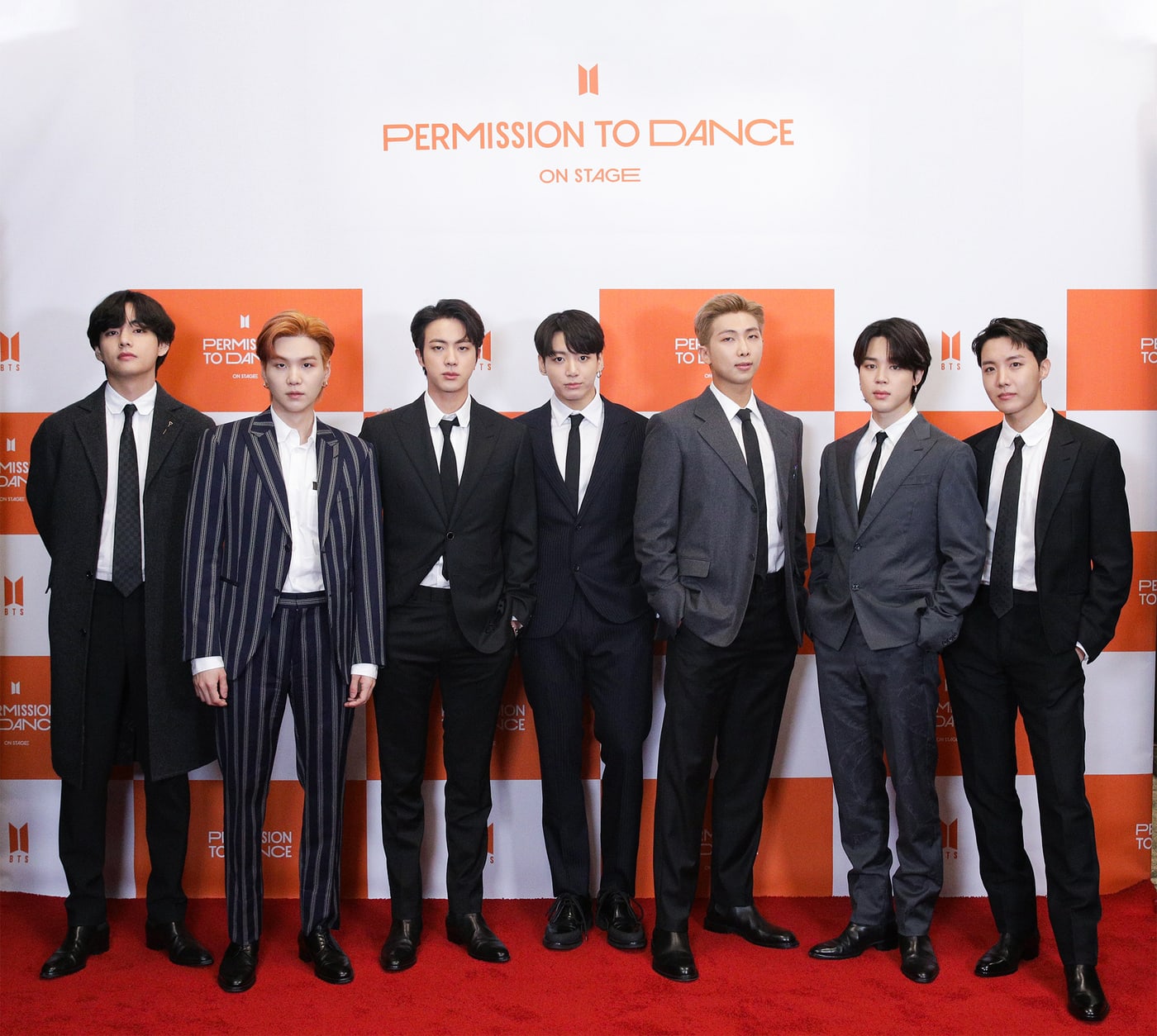 “PERMISSION TO DANCE ON STAGE – LA” is BTS’s first offline concert in approximately two years. V shared his thoughts on finally being able to directly meet their fans. “I’m so happy to be able to have our first in-person concert in two years like this. The past two years were very sad and difficult for us because we couldn’t do the things we used to take for granted, but we have our concert now, so I looked forward to it and prepared for it a lot. I came here with a heart full of anticipation, and I want to give happy energy to ARMY.”

Suga revealed that the first night of the concert felt like a dream and that he had been very nervous. He added, “We debuted eight years ago and debuted in the United States four years ago, and honestly I think there were always incidents like these since then. Our achievements never came easily. Thinking about it during the two years we couldn’t perform, I realized that we always overcome those obstacles through hard work, and the same goes for this concert.”

J-Hope said, “We’ve come to the United States again after the United Nations General Assembly in September, and although it makes me feel a bit shy to represent an entire generation and voice our thoughts, I also feel honored.” 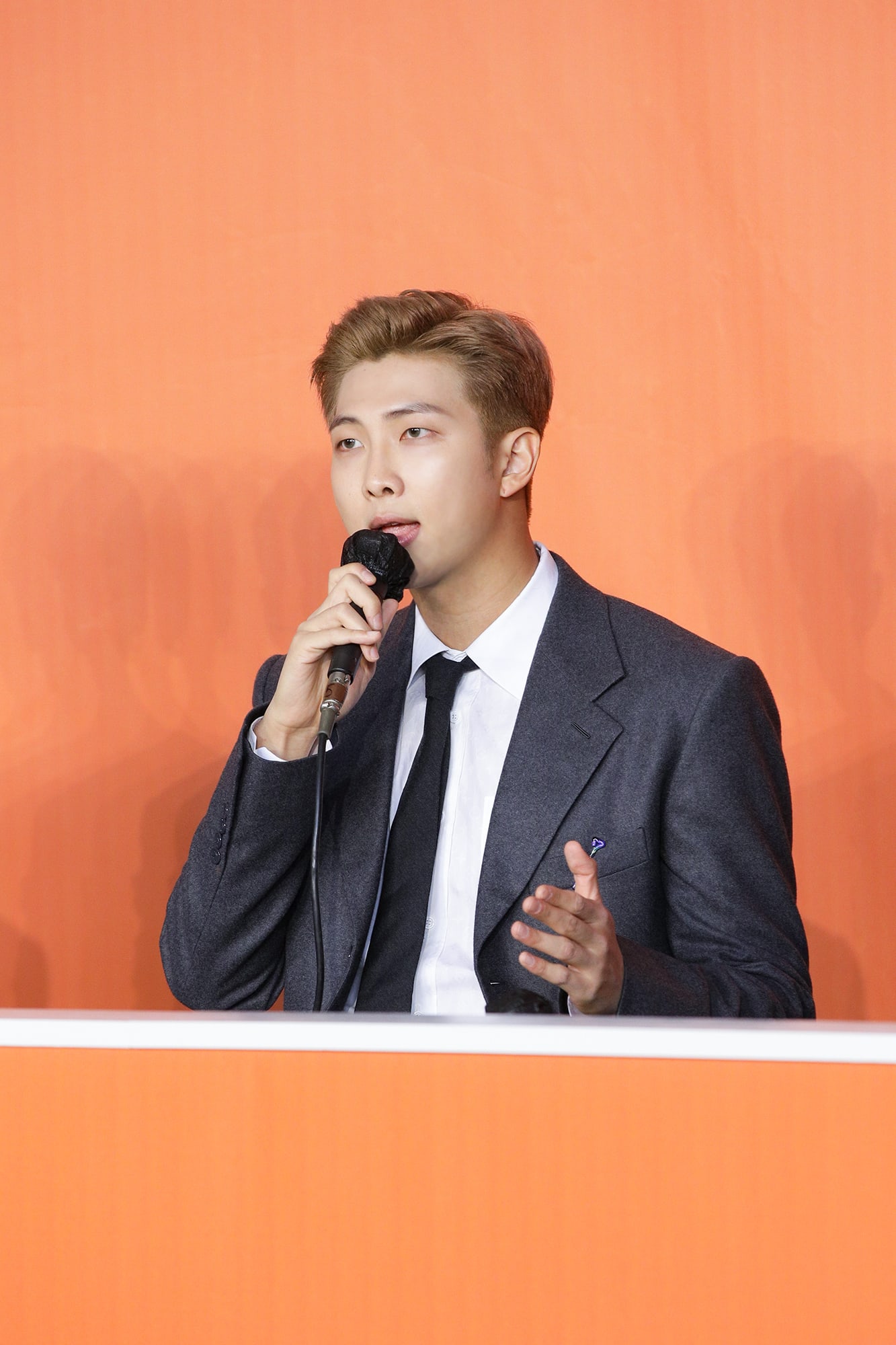 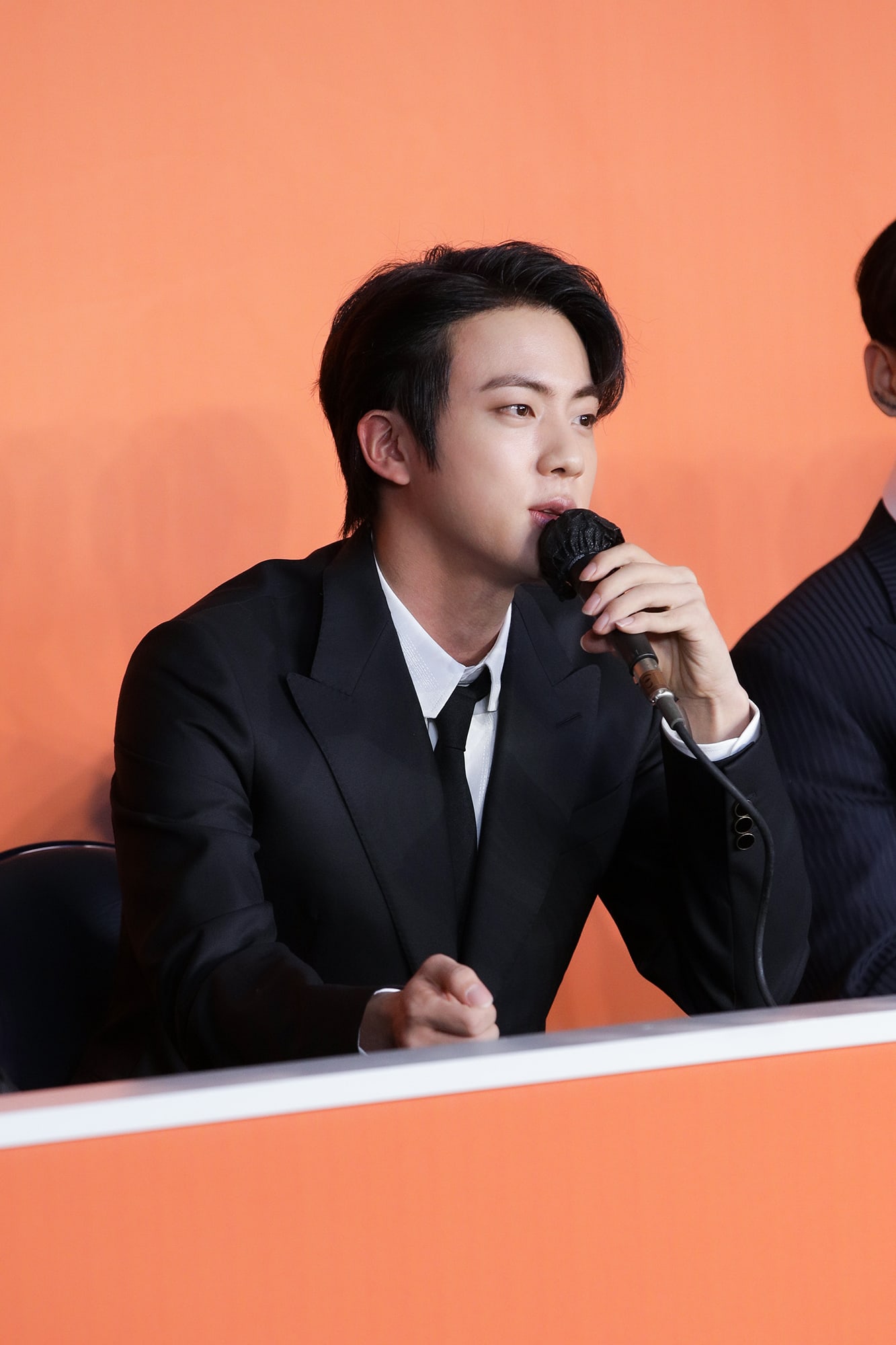 Because it had been a long time since the members performed in front of an audience, the first day of the concert was a nerve-wracking experience for them. Jin shared that the members had talked about how they might cry if they see the audience when they perform the opening song “ON.” “We were very nervous because we were performing for an audience for the first time in two years, and we practiced a lot in case we might make a mistake. But even though we said all of that, no one cried,” Jin revealed with a laugh.

Jimin explained that he felt some regret after the first day of the concert because he couldn’t enjoy the experience completely. “I was thinking about what kind of face I should make, what gestures I should do, and what words I should choose to convey my emotions, so I couldn’t fully enjoy it, and I feel some regret. So I’m going to try to take things easy and enjoy it.” 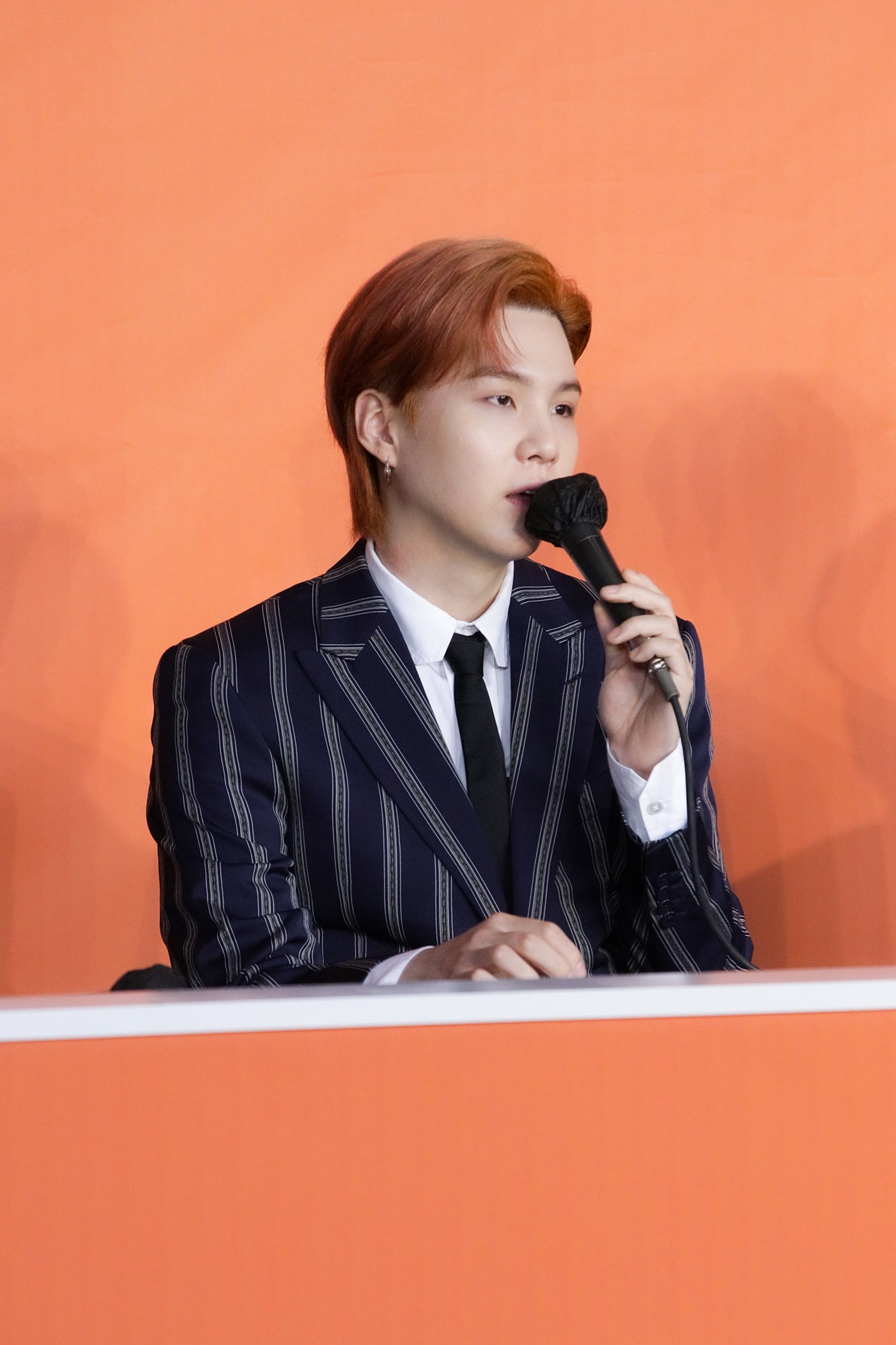 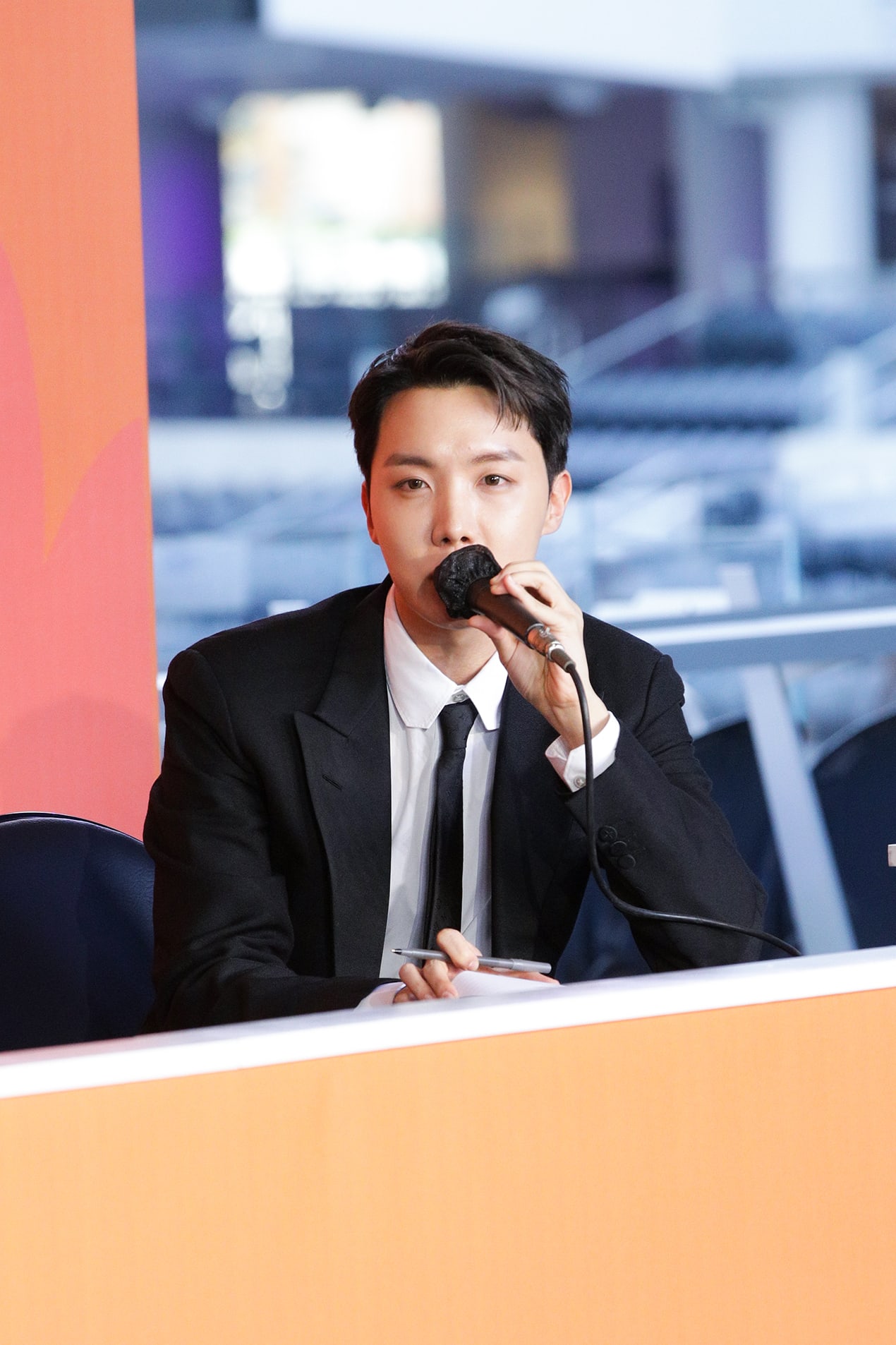 BTS boarded the plane to the United States on November 17 and have been taking part in various activities in Los Angeles. One of them was the 2021 American Music Awards, where they became the first Asian act to win Artist of the Year, the highest honor of the night.

At the press conference, RM spoke about the award. “We recently received the Artist of the Year award at the American Music Awards and were nominated for a Grammy as well, and that’s very meaningful as an artist. As artists who started out in Korea, I think there are some invisible barriers such as language and the limits of genre, but whenever we came across those barriers, we overcame them with what we do best, which are our performances and songs.”

On their song “Butter” being nominated for Best Pop Duo/Group Performance at the 2022 Grammy Awards, Suga expressed, “It’s still a bit unbelievable. I grew up watching the Grammys since I was little, so I feel excited that we’re still nominated for it. Of course, it’s not easy to be nominated for the Grammys, but the fact that there’s a barrier to jump over, something to challenge ourselves to, is something I’m thankful for, and I hope we overcome it.” 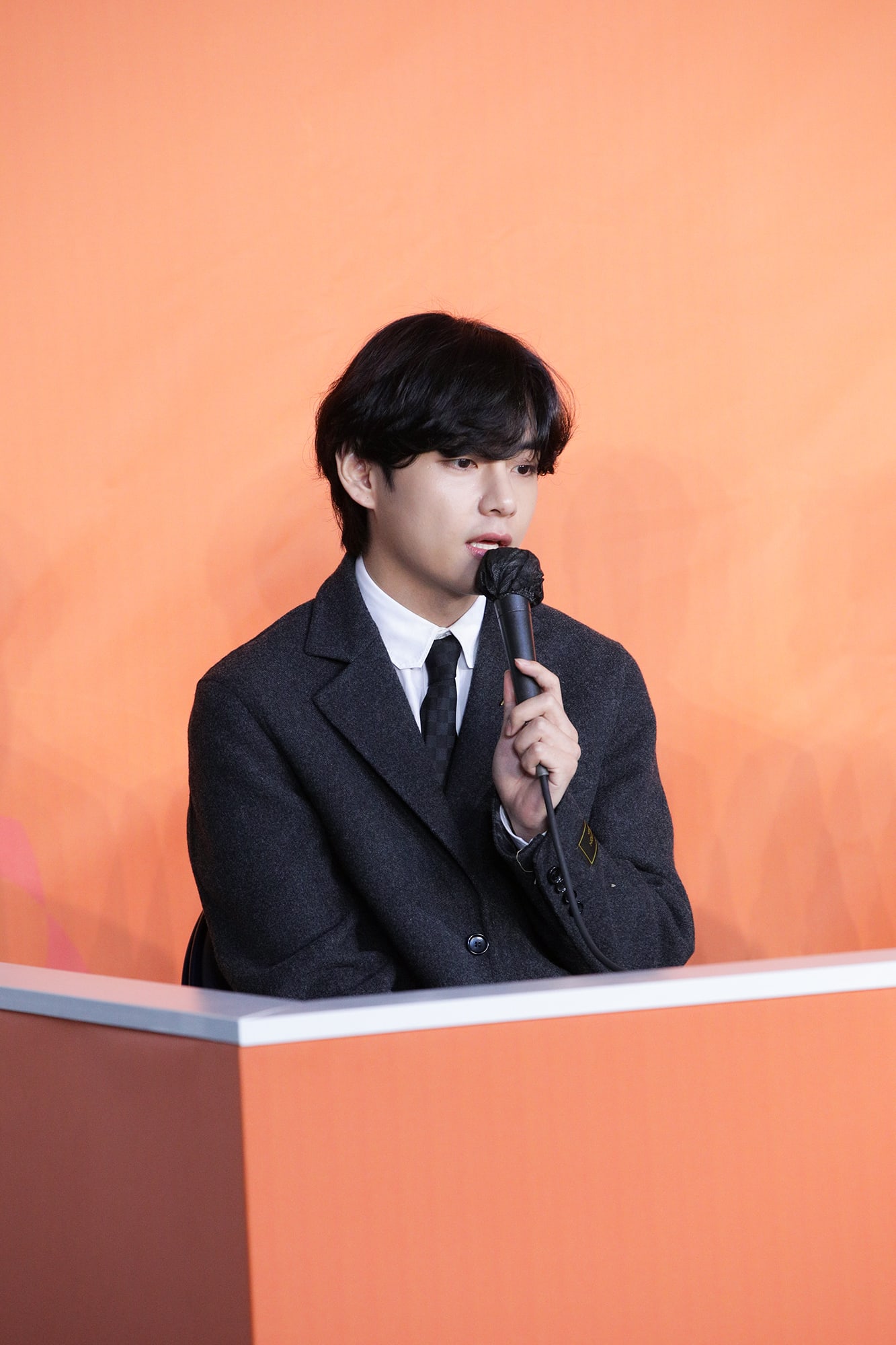 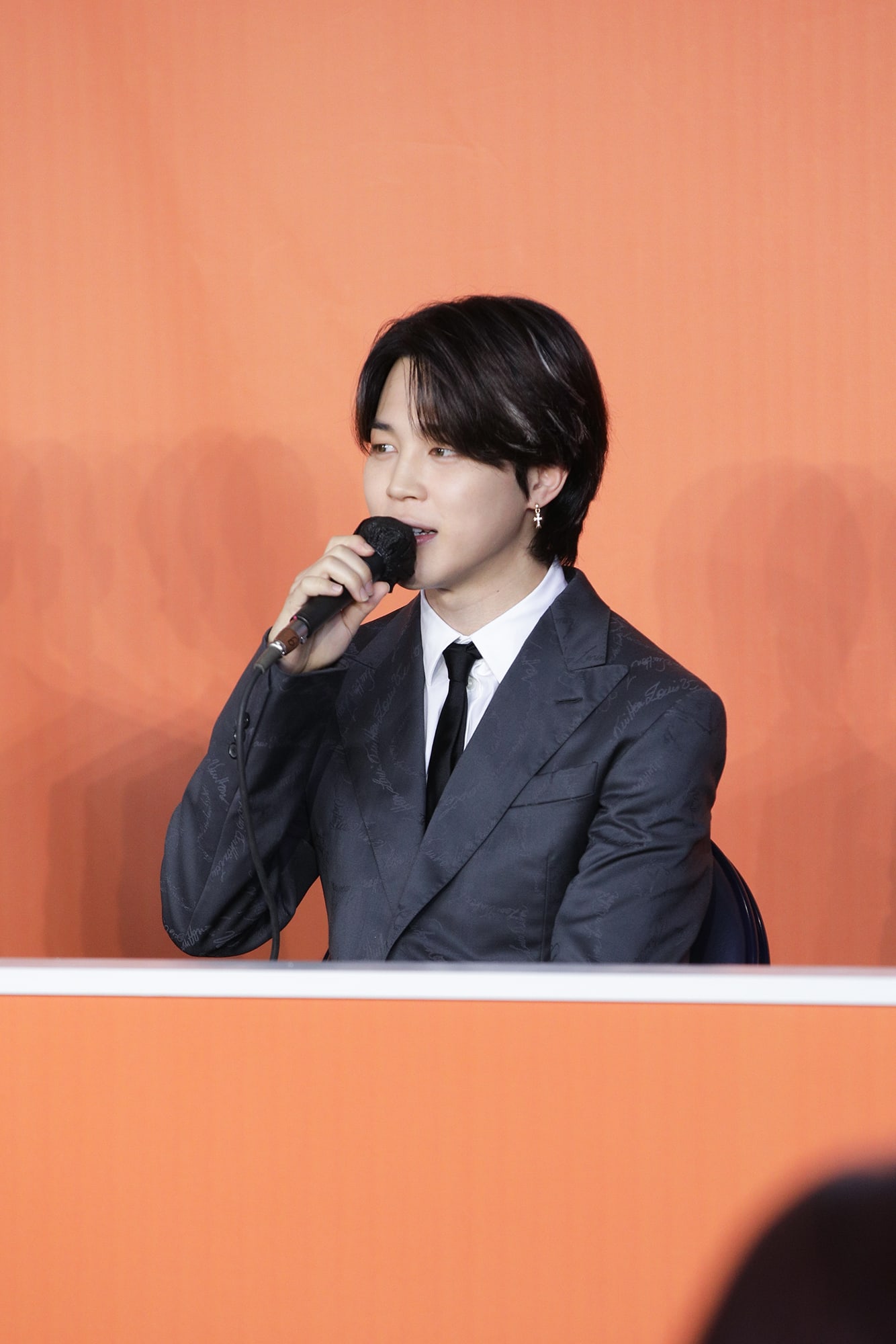 RM humbly shared that they owed their achievements as a record-breaking group to ARMY. “Out of 100 percent, 50 percent of the success is thanks to ARMY, 35 percent is thanks to the members, with every member accounting for 5 percent each, and the rest of it is thanks to HYBE and Big Hit Music. If you think about it as a trophy, only a small corner of that trophy is ours. If I think about it as a success achieved together by many people, I will inevitably stay humble, and that’s an important mindset to have while living on as myself.”

J-Hope shared, “I try not to set a standard for success. If I set a standard, I end up becoming more tired both mentally and physically as I try to reach that goal. So instead of setting a standard, I think that the results of my hard work will show up if I do what I do best and try to feel satisfied with my life and my current situation. So I try not to get too hung up on those things. That’s how I keep my composure and build myself.” 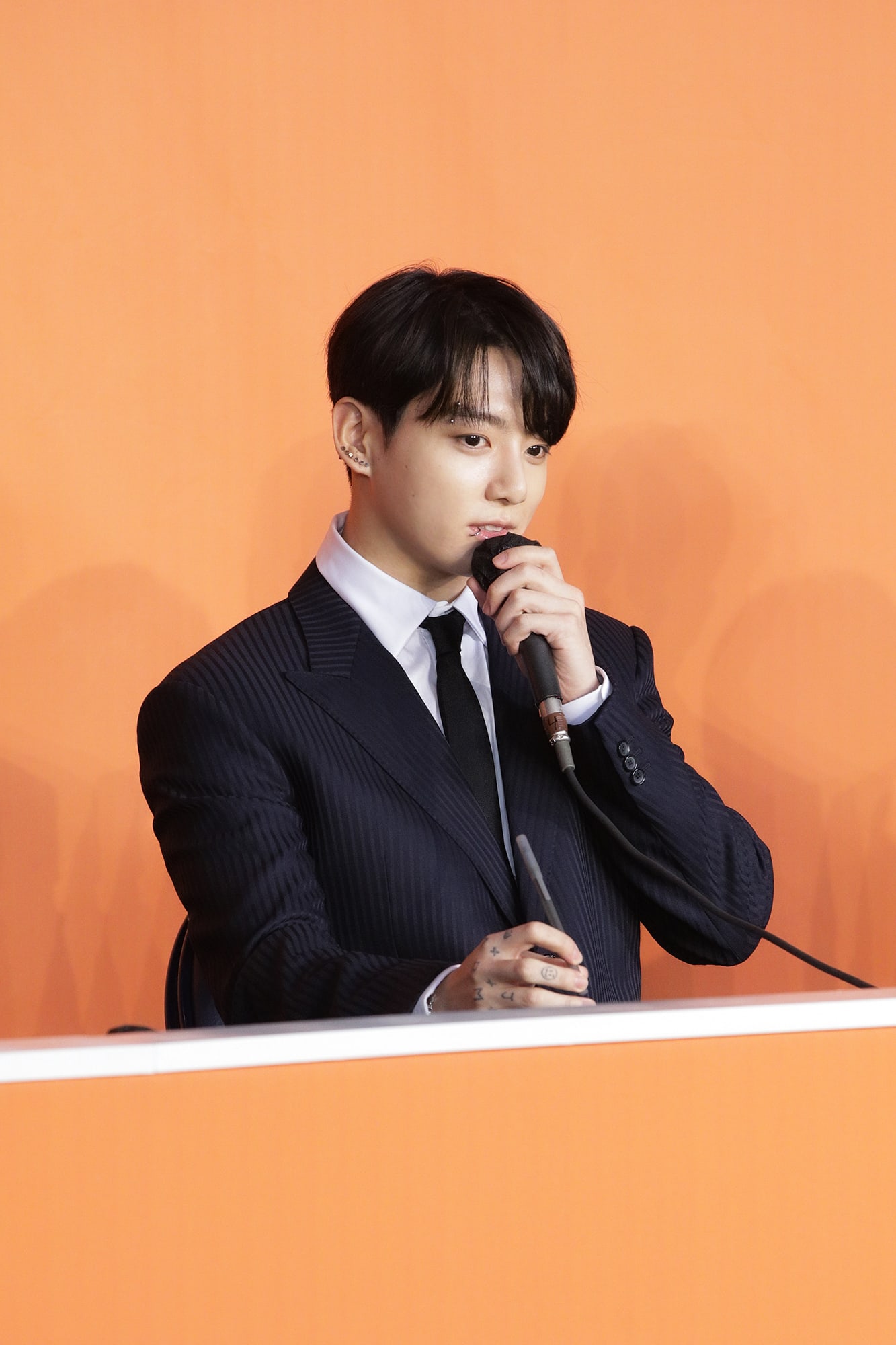 Finally, BTS talked about their next plans. Jin revealed, “After this concert, I hope that we can have more concerts with many more ARMY, and there are also plans to have a concert in Korea.” Jungkook shared, “If possible, since we weren’t able to see people for the past two years, I’d like to go to various places and sing for people, but this inevitable situation is regrettable. We’ll still do our best for the people who come to see us.”

“BTS PERMISSION TO DANCE ON STAGE – LA” is taking place on November 27 and 28 as well as December 1 and 2 for a total of four shows. Over 47,000 people are filling the stadium each night, for a total of over 188,000 expected concert-goers during the four shows. The concert is also being livestreamed at the YouTube Theater, which has a capacity of 6,400 seats.