Watch: Ahn Eun Jin Is On The Edge Of Despair Before Meeting Kim Kyung Nam In New Drama Teasers

JTBC’s upcoming drama “The One and Only” (literal translation) has released new teasers of Ahn Eun Jin.

“The One and Only” is an emotional romance drama about three terminally ill women who meet at a hospice. They decide that before they die, they want to take down one bad guy before they go—but in their attempt to take down just one person, they wind up meeting the most valuable person of their lives.

Ahn Eun Jin plays Pyo In Sook, a woman who never got to enjoy her youth. Her parents divorced when she was young, and unable to find a proper job, she now works as a professional scrubber in a public bathhouse. On top of all this, she is diagnosed with a terminal illness. Ahn Eun Jin’s character poster captures her character’s utter despair when she realizes that this is all she will get out of life. 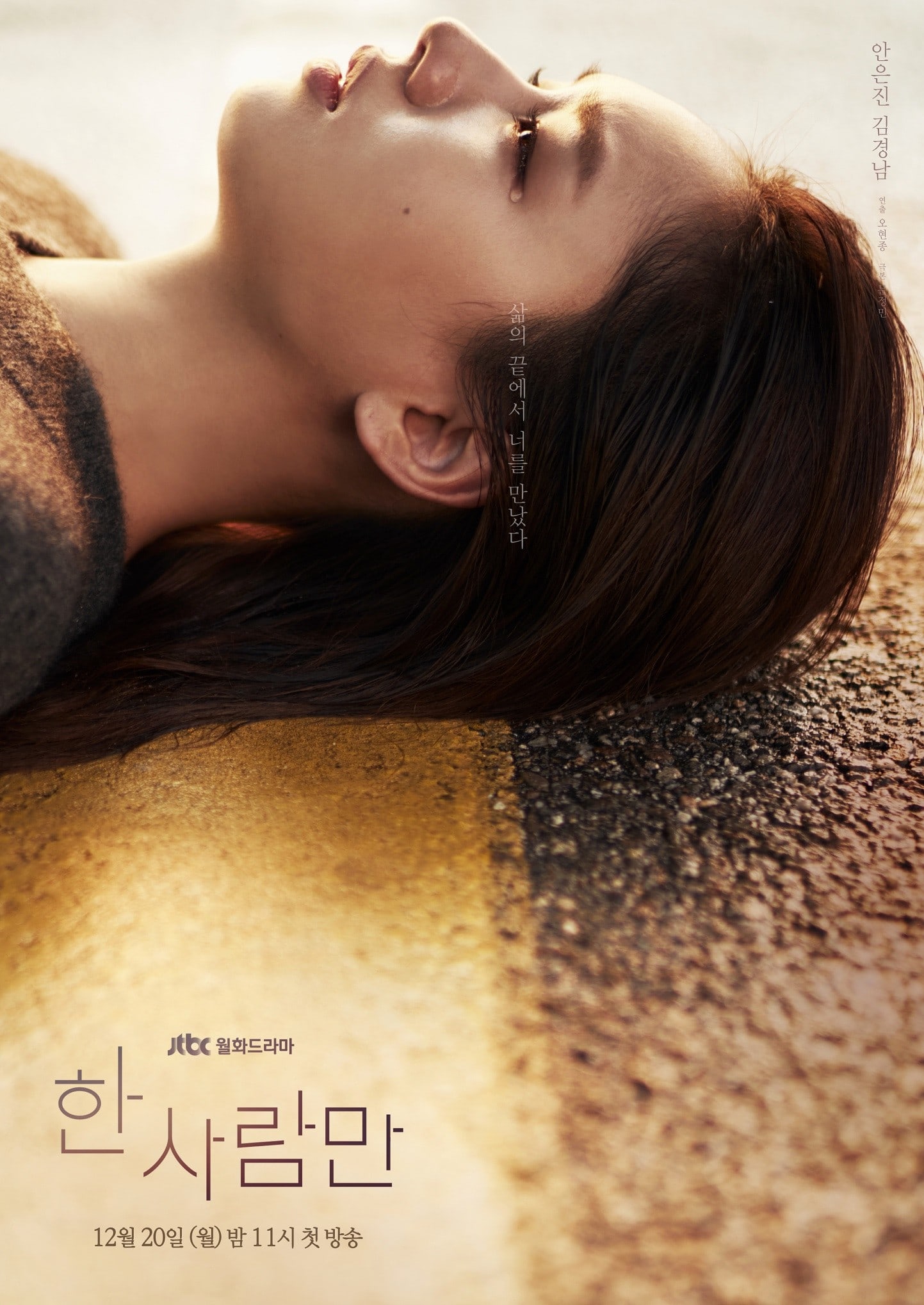 But the poster’s caption reads, “At the end of my life, I met you.” At the cliff-edge of despair, Pyo In Sook meets someone who will change her life completely. In the teaser, she becomes entangled with Min Woo Chun (Kim Kyung Nam), and they slip into romance despite finding themselves in adverse situations. In voice-over, Ahn Eun Jin says, “When you cry, you look happy, and when you’re mad, you look sad. But somehow I keep expecting you, even though I know I’m going to be hurt.”

The production staff stated, “Pyo In Sook is someone who has walked in the depths of darkness. Through her, you’ll see Ahn Eun Jin’s depth of acting as she portrays deeply hidden emotions with great detail.”