Titled “Love & Wish,” the web drama is based on a webtoon. It is written by Ine and distributed by Kakao Page, and it will be produced by Cube Entertainment. The webtoon has been loved by 1.5 million subscribers because it tells a story about love, friendship, and growth of high schoolers that teens and people in their twenties can deeply empathize with.

GOT7’s Youngjae will take the role of the male lead Kim Seung Hyu. This is the first time he has been selected to play the male protagonist of a romance drama since his debut.

“The Penthouse” star Choi Ye Bin will play the female lead Son Da Eun. Yoo Jae Sang, who appeared in movies like “4th Place” and “Student A,” will star as Na Yoo Il. 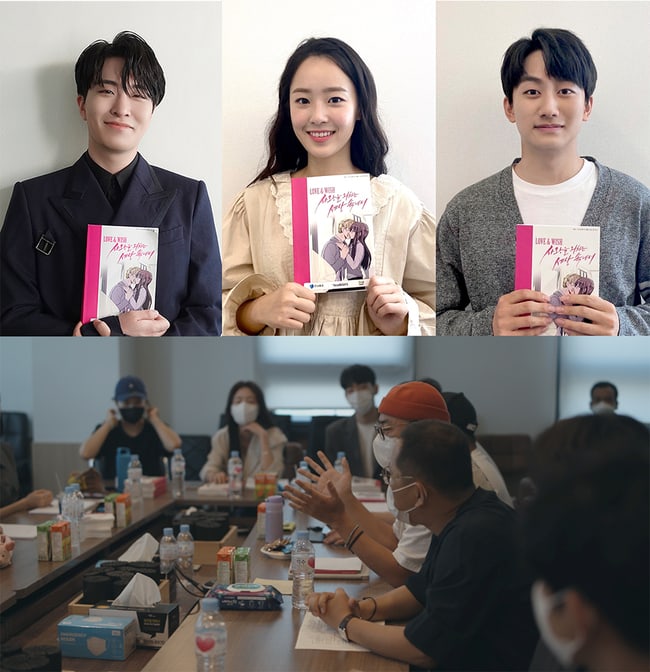 Director Jang Jae Hyuk, the head of Cube Entertainment’s visual content group, will take the megaphone. Cube Entertainment shared it has created a new story based on the original webtoon, raising expectations for both drama and webtoon fans.

“Love & Wish” will be revealed via OTT platforms including Viki in mid-December.

Are you excited to see GOT7’s Youngjae, Choi Ye Bin, and Yoo Jae Sang in this new series?

While you’re waiting, check out “The Penthouse” below!

GOT7
Youngjae (GOT7)
Choi Ye Bin
How does this article make you feel?