Watch: 2PM’s Lee Junho And Lee Se Young Shine With Their Synchronized Chemistry On Set Of “The Red Sleeve”

MBC’s “The Red Sleeve” has shared a making-of video from the filming of episodes 3 and 4!

Based on a novel, “The Red Sleeve” is a historical drama about the imperial court romance between a court lady named Seong Deok Im (Lee Se Young) and crown prince Yi San (2PM’s Lee Junho), who put the nation first before love.

The clip depicts the two lead actors’ dazzling chemistry. They spot the making-of camera and point to it with serious faces. However, they are quick to smile, and they warmly form a heart with their hands. The two make various poses, and Lee Junho can’t stop laughing at their quirkiness. They even clasp hands and waltz around as if they are at a ball. 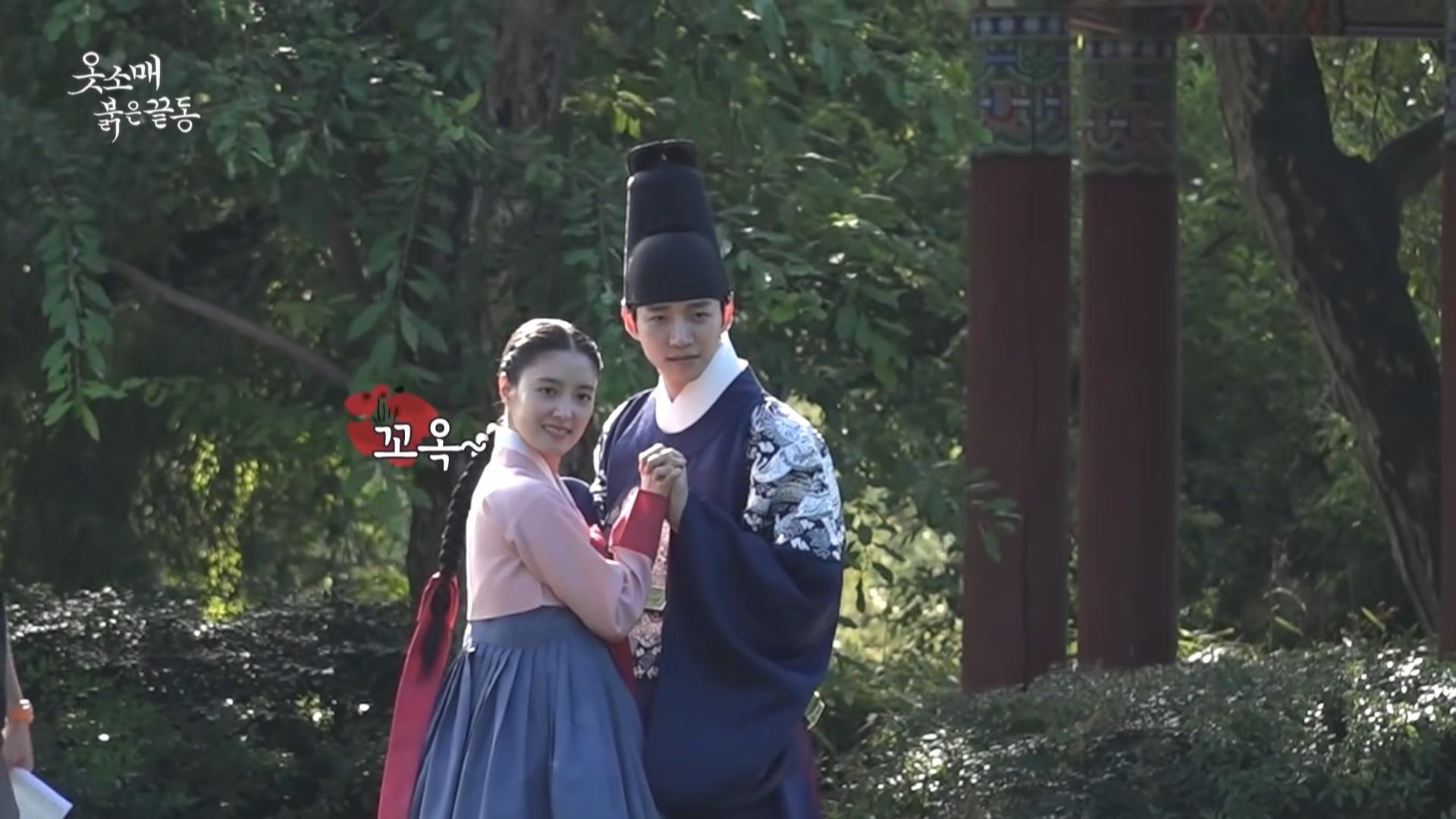 Lee Se Young also shows special chemistry with Kang Hoon as they film the part where they share an umbrella. While waiting to dive into filming, Kang Hoon comments he can’t tell how tall he is now because of the traditional hat he’s wearing. Lee Se Young asks, “You suddenly grew taller, right?” Kang Hoon replies, “I grew 20 centimeters (approximately 7.9 inches).” 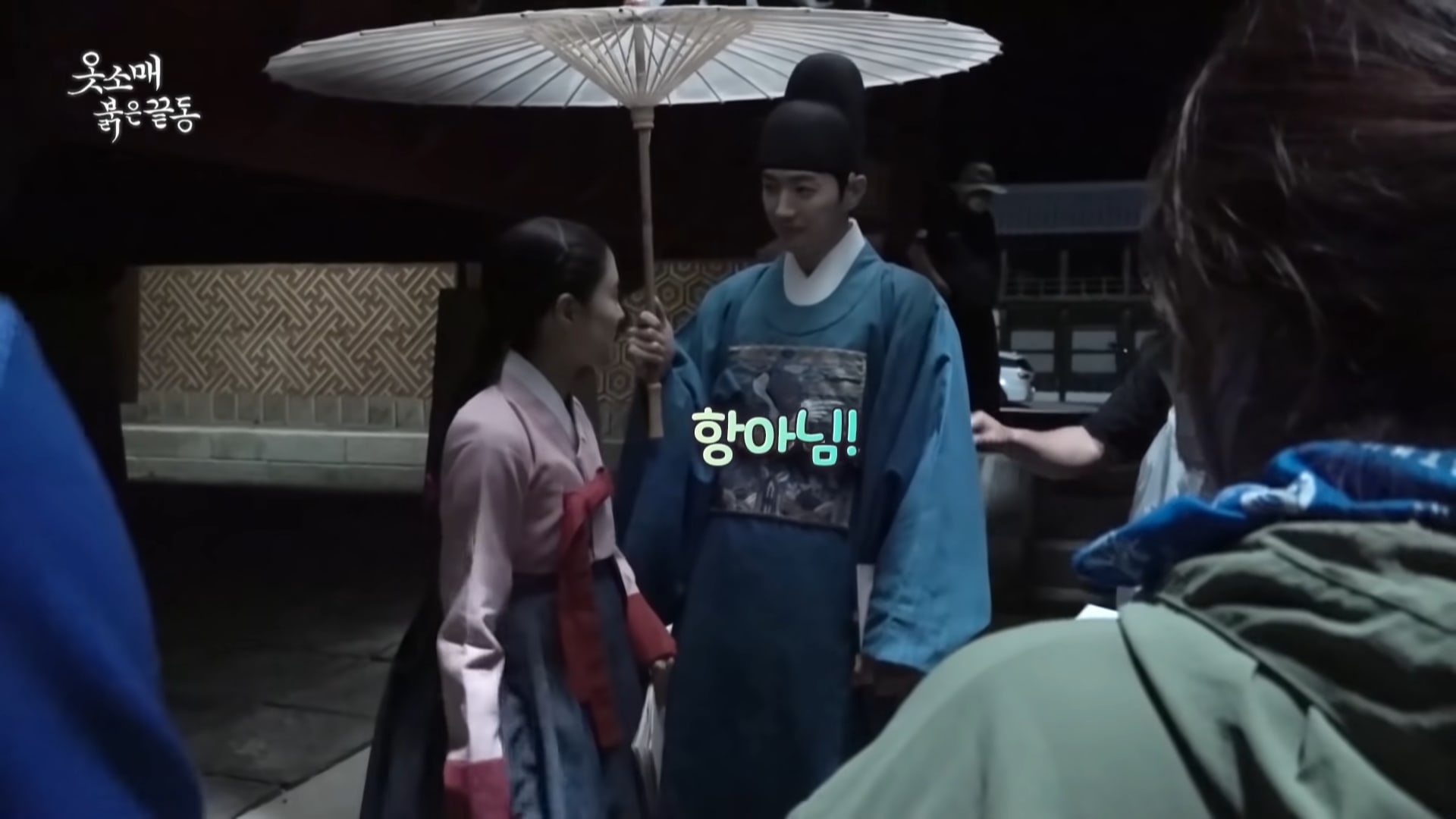 Lee Junho and Lee Se Young then come together to film a scene in the queen’s room. He explains the scene, saying, “Deok Im must’ve done something wrong today. Since she’s my court lady, [Princess Hwawan, who is played by Seo Hyo Rim] keeps messing with me.” Lee Se Young looks distraught as if she’s really her character, and she says a message to the queen, saying, “Please take pity on me.”

While waiting, Lee Junho, Lee Se Young, Seo Hyo Rim, and Jang Hee Jin play the Frying Pan Game where they have to say their name a certain number of times to a certain beat. Lee Junho tells Lee Se Young to say her name eight times, and his co-star makes everyone burst into laughter with the groovy way she completes the task. Jang Hee Jin jokes, “How dare you do that here!” Lee Junho pretends to order someone to punish her, and Seo Hyo Rim kids, “Give her 200 floggings!” 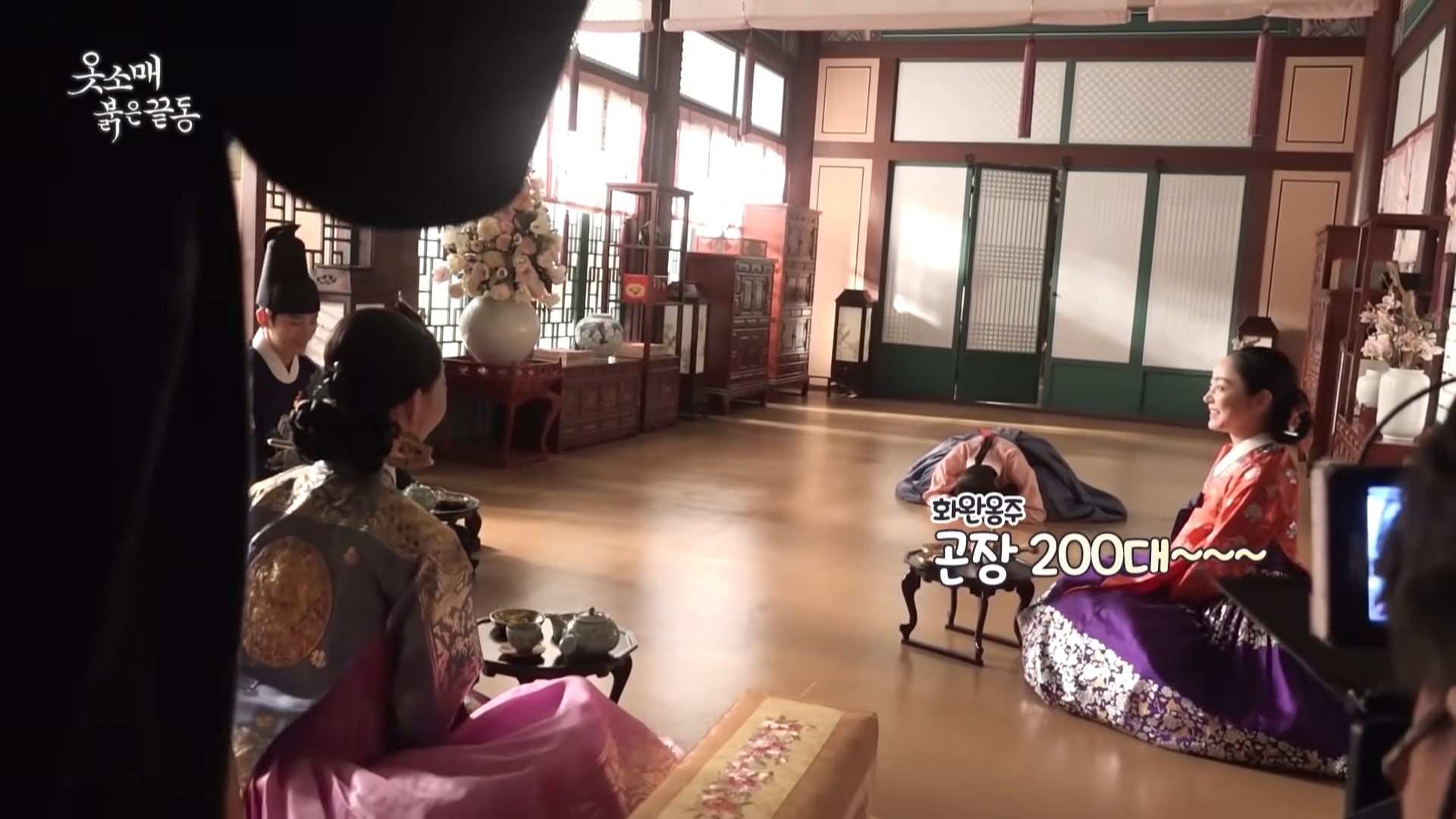 Check out “The Red Sleeve” with subtitles here: