Get ready for a thrilling showdown on the next episode of “Secret Royal Inspector & Joy”!

“Secret Royal Inspector & Joy” is a tvN historical comedy drama starring 2PM’s Taecyeon as Ra Yi Eon, a young gourmand who is appointed a secret royal inspector (a government official who travels undercover to local provinces to inspect them and uncover corruption) against his will. Kim Hye Yoon stars as Kim Jo Yi, a divorced woman searching for happiness who winds up joining forces with him to investigate and battle corruption.

On the previous episode of “Secret Royal Inspector & Joy,” Ra Yi Eon and Kim Jo Yi successfully captured Park Tae Seo (Lee Jae Kyoon)’s mountain hideout and managed to cut off his line of funds. But after hearing that there were “things that explode when you step on them” at White Ghost Mine, both Kim Jo Yi and Ra Yi Eon headed there separately to investigate.

In newly released stills from the drama’s upcoming episode, both Ra Yi Eon and Kim Jo Yi make it to White Ghost Mine—but once they get there, they find themselves facing off against more than one villain. With a sharp glint in his eyes, the tense Ra Yi Eon appears ready to draw his sword at any moment. 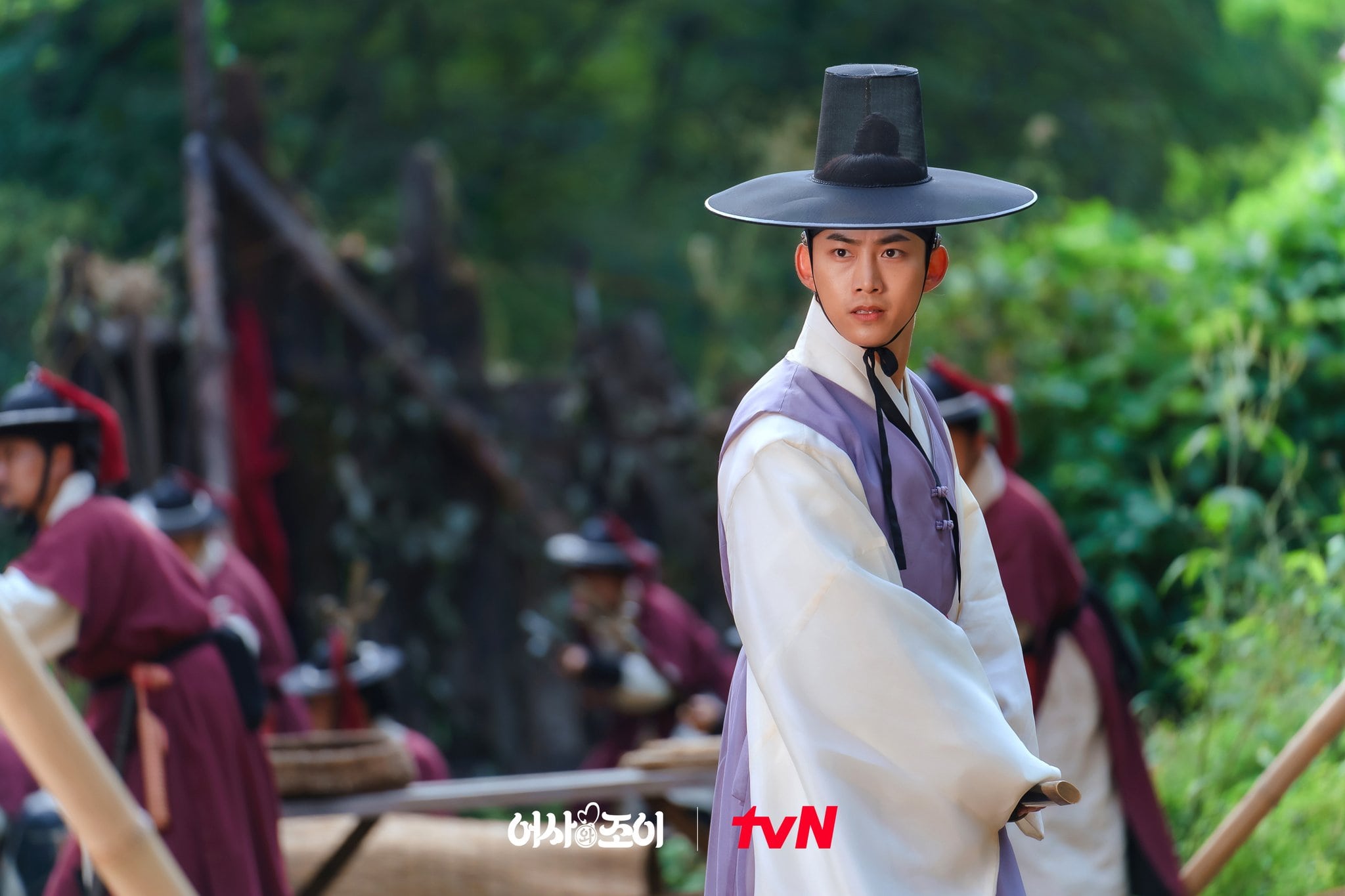 Meanwhile, Kim Jo Yi is happily reunited with Bi Ryung (Chae Won Bin), and the two friends share a warm embrace of relief. However, even within this happy moment, the fearful look in Kim Jo Yi’s eyes hints at the immense danger that the characters must face. 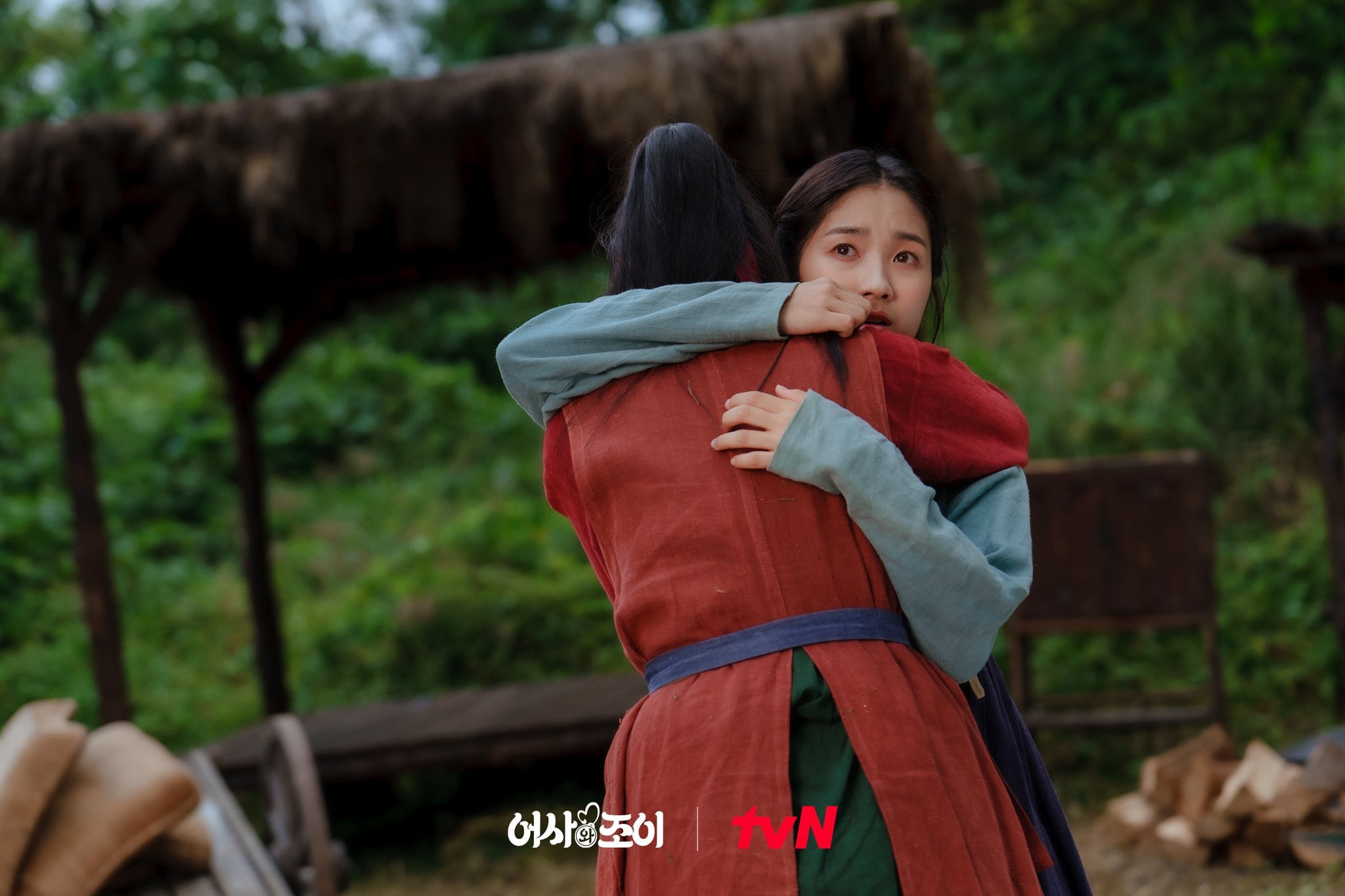 The mastermind behind this enormous trap is none other than Park Tae Seo, who has essentially turned White Ghost into a giant bomb by outfitting it with explosives. Driven into a corner and determined to get rid of Ra Yi Eon at all costs, Park Tae Seo leaves all rational thought behind as he picks up a blazing torch with an unhinged gaze. 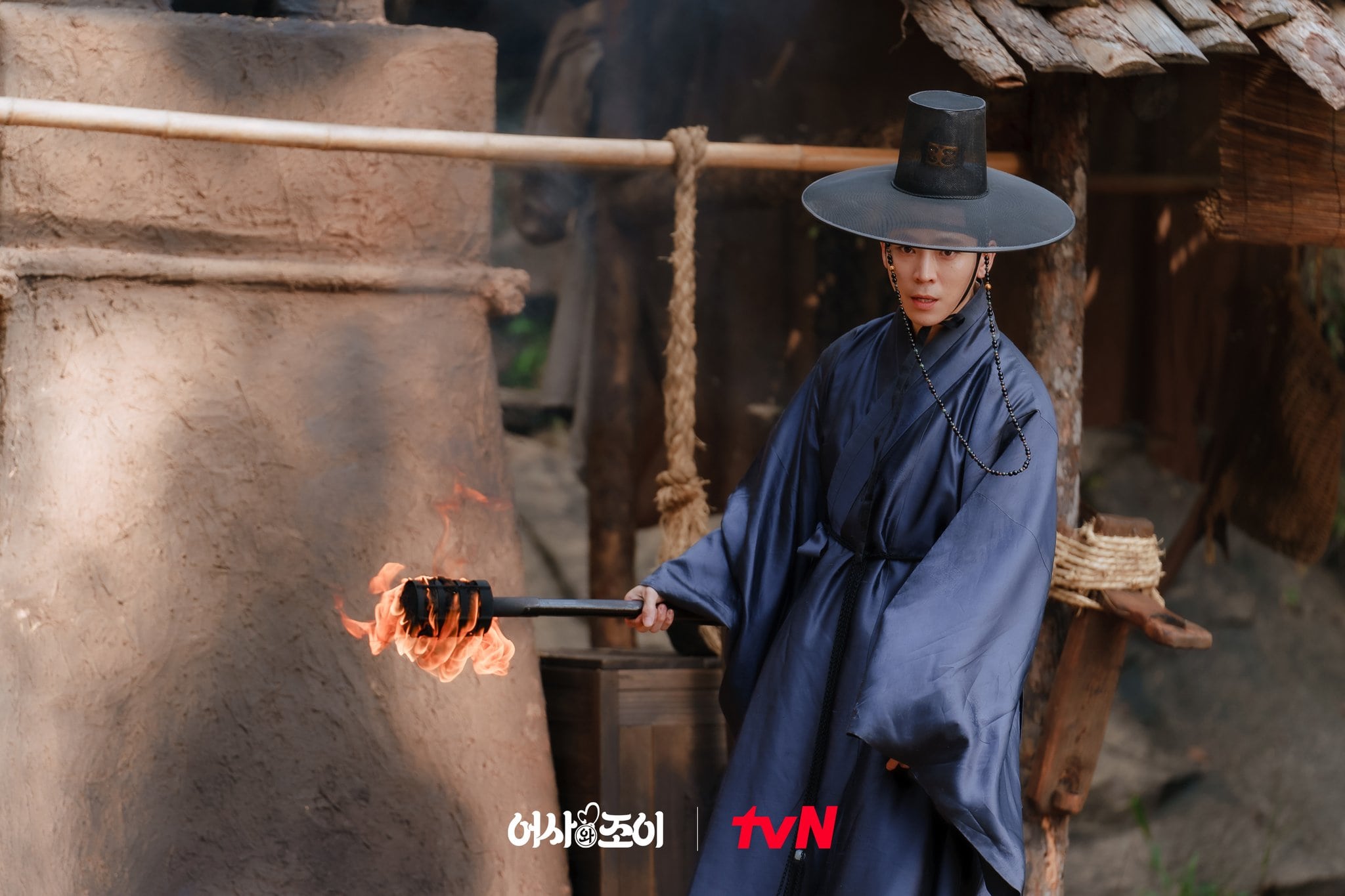 Finally, Park Tae Seo’s half-brother Park Do Soo (played by Choi Tae Hwan) wears a chilling smile as he watches this chaos unfold, raising the question of whether Ra Yi Eon and Kim Jo Yi will be able to get past both of these ruthless villains and escape White Ghost unscathed.

The producers of “Secret Royal Inspector & Joy” teased, “A powerful storm will strike the investigation squad [on tonight’s episode]. You can safely look forward to a thrilling battle that will mark the end of the first half of the show.” 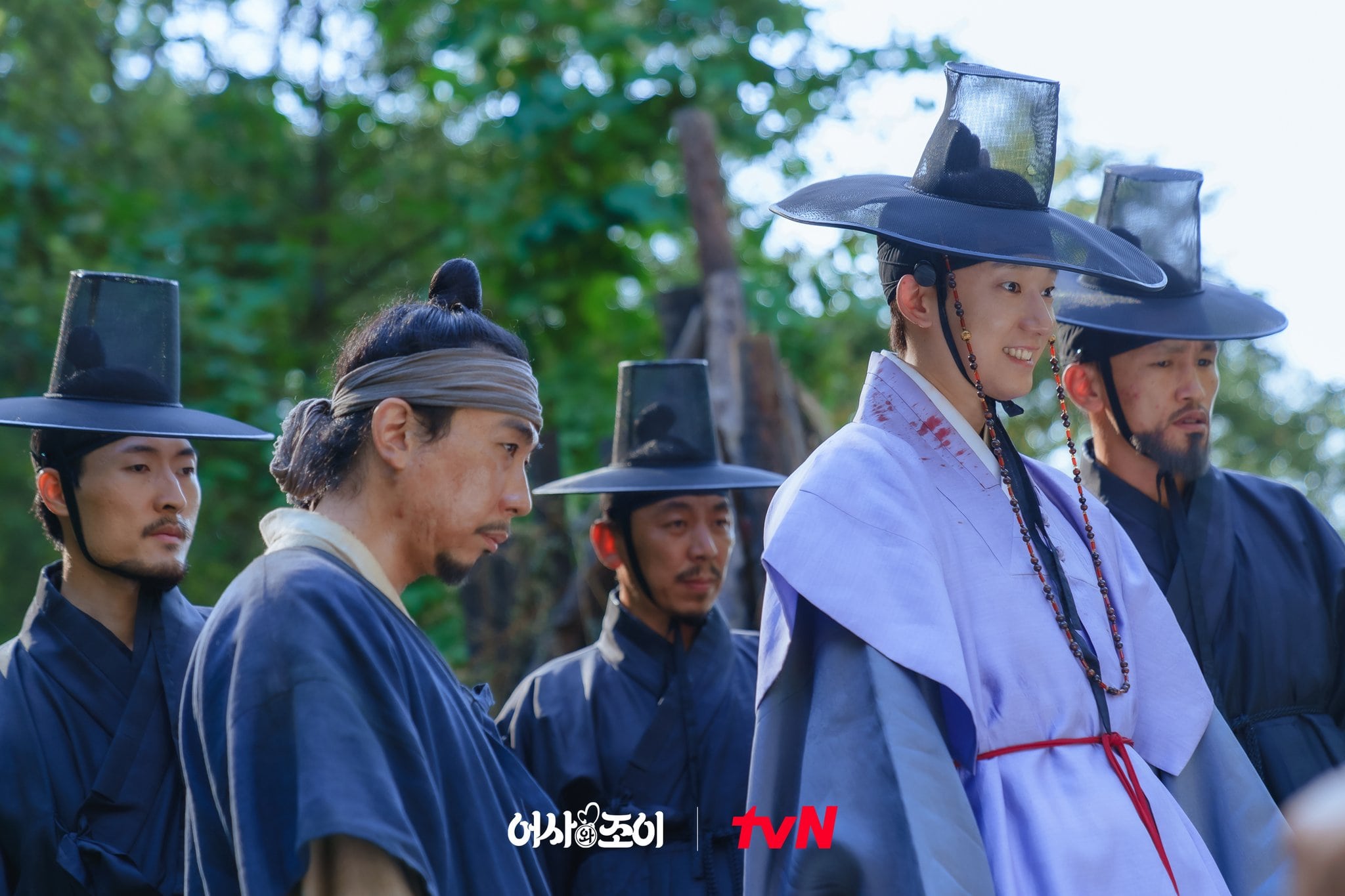