Song Yoon Ah Valiantly Stands Up For Jun So Min As Jun So Min’s Affair With Her Husband Gets Domestic On “Show Window: The Queen’s House”

Jun So Min will get closer to both Song Yoon Ah and her husband Lee Sung Jae on the next episode of “Show Window: The Queen’s House”!

“Show Window: The Queen’s House” is a new drama about a woman who supports another woman’s affair—without knowing that the affair is with her own husband. Song Yoon Ah stars as Han Sun Joo, the queen of her picture-perfect family, while Lee Sung Jae plays Shin Myung Seob, her seemingly devoted husband. Jun So Min stars in the drama as Yoon Mi Ra, who befriends Han Sun Joo while secretly carrying on an affair with her husband behind her back.

On the first episode of “Show Window: The Queen’s House,” Yoon Mi Ra and Shin Myung Seob decided to end their illicit affair. However, when Yoon Mi Ra attempted to poison herself after their breakup, Shin Myung Seob rushed to the hospital to see her, and they ultimately shared a passionate embrace that signaled their affair was far from over.

In newly released stills from the drama’s upcoming second episode, the two lovers get even bolder in carrying on their affair, which takes a shockingly domestic turn. Shin Myung Seob dons an apron as he affectionately cooks for Yoon Mi Ra, who in turn wears a blissful smile as she tastes his homemade meal. 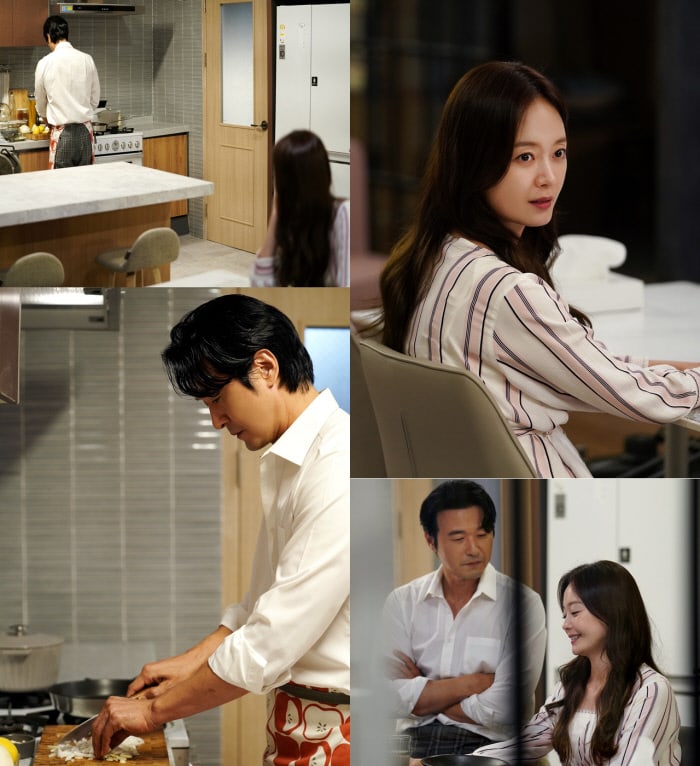 Meanwhile, without knowing about her husband’s affair, the oblivious Han Sun Joo valiantly comes to Yoon Mi Ra’s defense in public when they run into each other for the second time. After sharing a meaningful encounter in Yeosu, the two women unexpectedly cross paths again while Han Sun Joo is meeting up with some of the other mothers from her child’s school.

Without Yoon Mi Ra’s contact information, Han Sun Joo had been unable to find a way to express her gratitude to the other woman—and so she is absolutely delighted to see Yoon Mi Ra again. But her beaming expression soon turns into one of anger as she takes Yoon Mi Ra by the hand and leads her outside, where she uses her expensive scarf to wipe a stain on Yoon Mi Ra’s clothing. As the younger woman looks on with a wounded expression, a visibly upset Han Sun Joo seems to confront someone on her behalf, standing in front of Yoon Mi Ra like a protector. 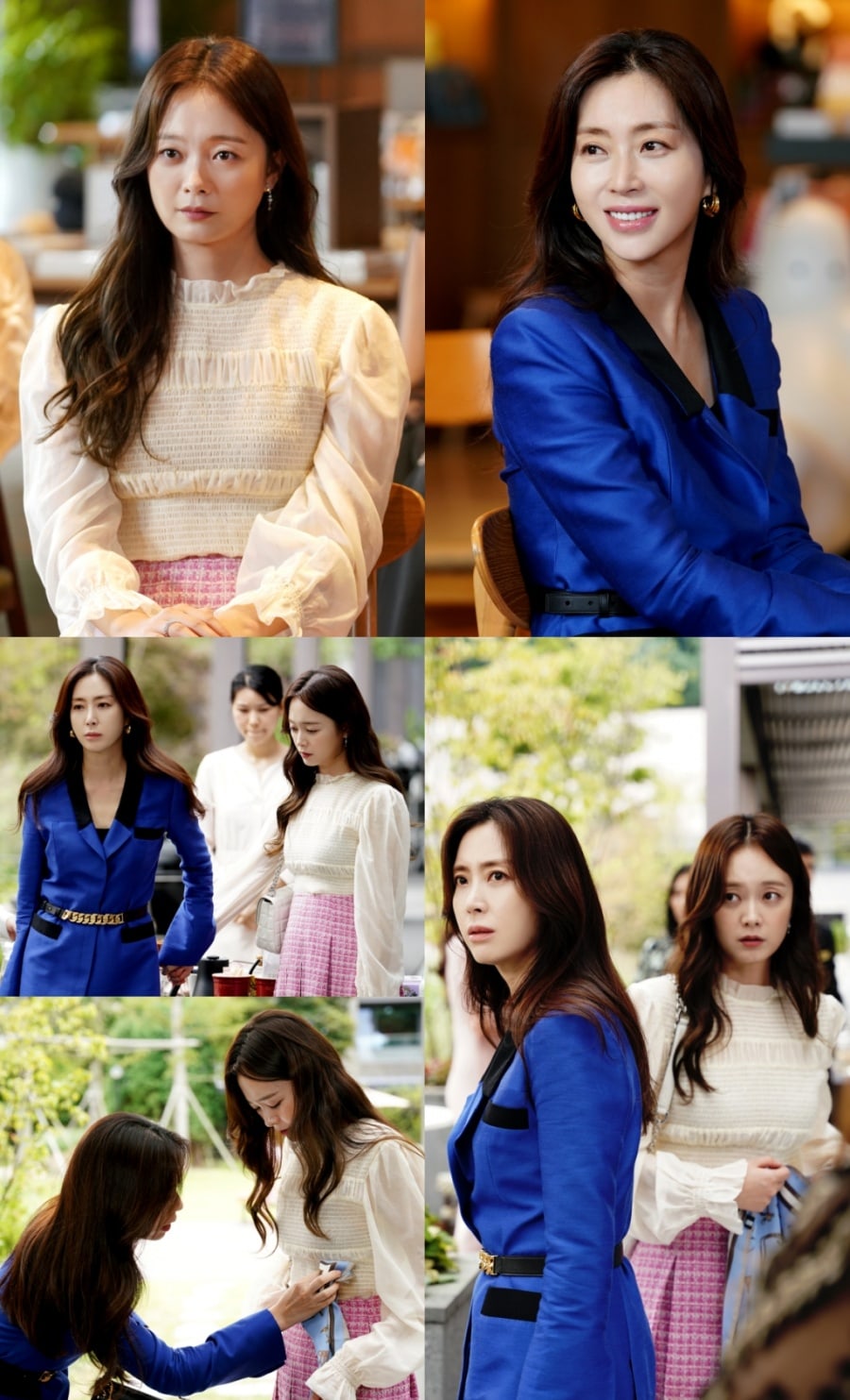 The producers of “Show Window: The Queen’s House” teased, “Starting from Episode 2, Han Sun Joo and Yoon Mi Ra’s womance will begin in earnest. While watching Episode 2, please pay close attention to why these two are drawn to one another and what kind of events will be caused by their deepening relationship in the future.”

They also added, “After realizing that they’re unable to break up, Shin Myung Seob and Yoon Mi Ra become even bolder in their displays of affection. As Yoon Mi Ra’s relationships with both Shin Myung Seob and Han Sun Joo grow deeper, a whirlwind of plot will unfold. Please look forward to the resulting changes in the characters’ emotions, as well as the acting of the cast who will flawlessly portray those changes.”

In the meantime, check out the premiere with subtitles below!