In the new stills, Jung Hae In is shown looking intently at his phone while standing by the refrigerator. The second photo features Jung Hae In posing for Lee Dong Hwi’s photo at a restaurant. 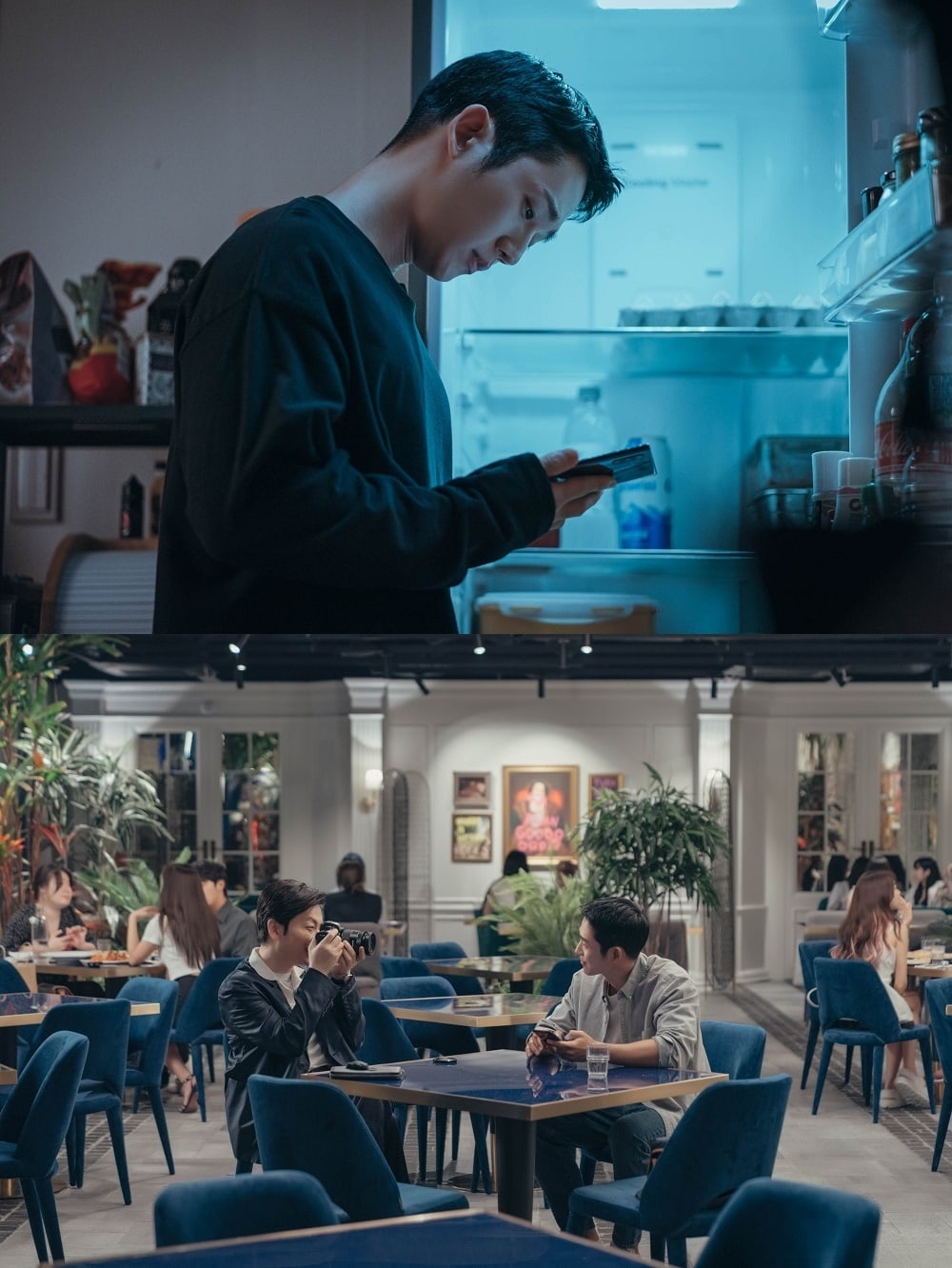 As the director, Lee Je Hoon commented, “This is a project where I received a lot of help from actors I have relationships with. That’s why I thought that I wanted these actors to stand out and that’s what I kept as the main priority.”

Lee Je Hoon also revealed that even while writing the script, he had Jung Hae In in mind to cast, explaining, “Jung Hae In is more than 200 percent the Chan Young [Jung Hae In’s character’s name] I imagined. I was shocked every time I monitored [his scenes]. Without Jung Hae In, I think it would’ve been hard for this project to have come out like this.”

Jung Hae In shared that as soon as he received the script, he connected and related with it so deeply that he sent Lee Je Hoon a lengthy text. Jung Hae In commented, “Director Lee Je Hoon encouraged the energy for actors to act comfortably.” The actor also showcased his pure support for Lee Je Hoon by starring in the film with “no guarantee,” meaning that he decided to not receive a payment for the contract.

“Blue Happiness” is a project that showcases new sides of many top young actors and highlights Lee Je Hoon’s transformation into a director. All short films part of the “Unframed” project will be released on December 8 exclusively through the OTT platform Watcha.

Start watching Jung Hae In in “While You Were Sleeping” below!

Jung Hae In
Lee Je Hoon
How does this article make you feel?