tvN’s upcoming drama “Bulgasal” (literal title) has shared an intriguing sneak peek of the relationships between its characters!

On November 30, the upcoming drama released a new set of posters that hint at the tense dynamics between its four leads.

The first poster captures the complicated, heartbreaking relationship between Min Sang Woon and Dan Hwal, who has been chasing her for the past 600 years with fury in his heart. However, once he has finally managed to hunt her down, the look in his eyes as he gazes at her from behind seems to be a wistful one, rather than a fiery glint of vengeance.

The poster’s caption reads, “I wandered for a long time, searching for you.” 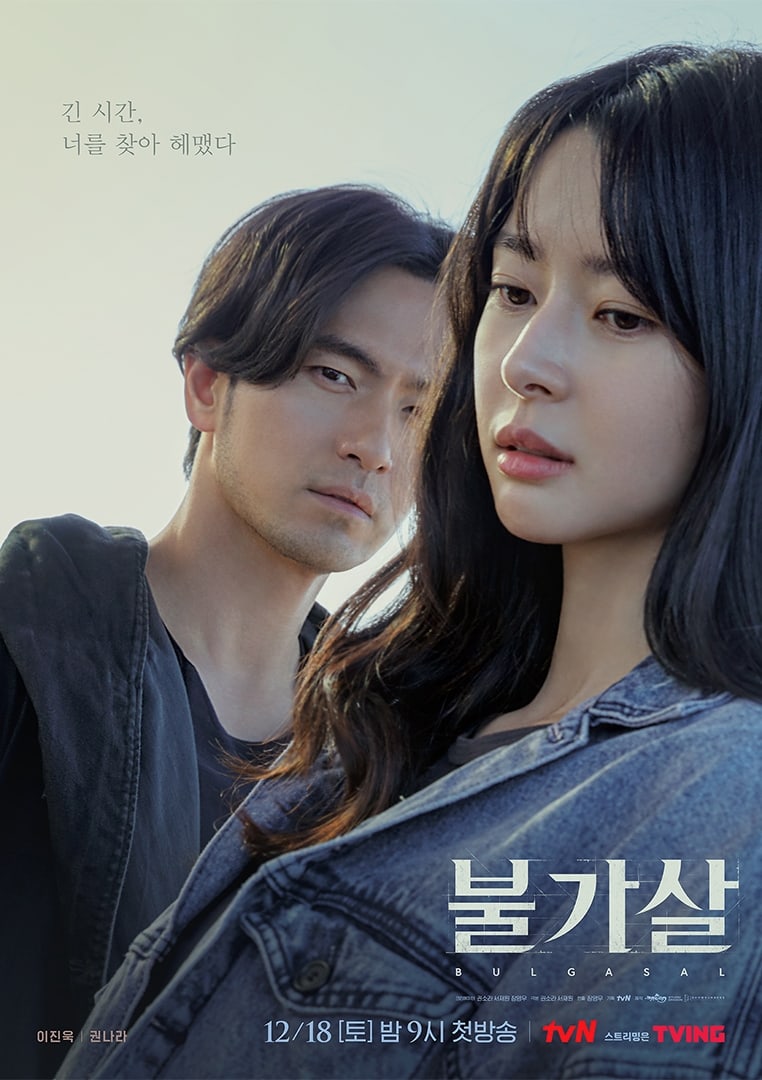 Meanwhile, the second poster introduces viewers to the character of Ok Eul Tae (played by Lee Joon), an extremely wealthy and powerful man whose identity is shrouded in mystery. No one knows his age, the source of his wealth, or who he is, but he appears to have a connection to Dan Hwal. In their poster, he gazes longingly at the bulgasal as the caption cryptically reads, “From now on, it’s just the two of us, you and me.” 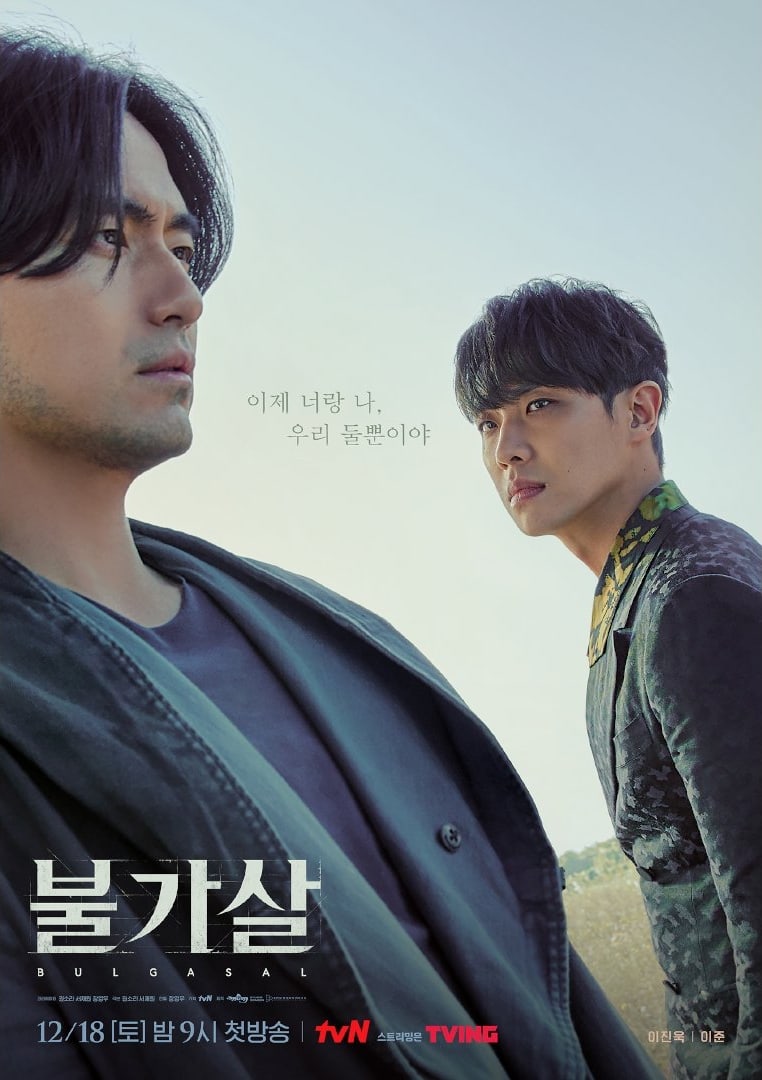 The third poster features Ok Eul Tae standing menacingly behind Min Sang Woon, with the chilling caption “You owe me a certain debt, you know.” 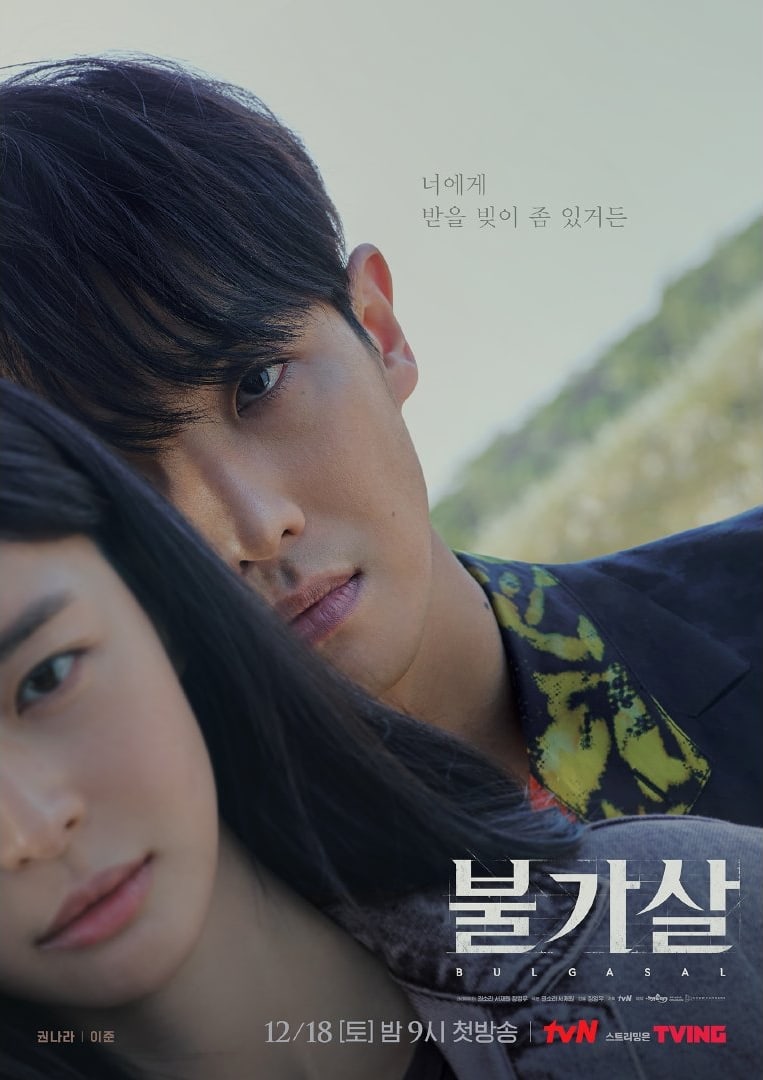 Finally, the fourth poster brings together Min Sang Woon and Dan Sol (Gong Seung Yeon), Dan Hwal’s wife from when he was a human centuries ago. Notably, Dan Sol is dressed in modern-day attire despite hailing from 600 years ago, and the two women appear to be a team as they stand together, looking out in the same direction.

The caption reads, “We must be the ones to protect ourselves.” 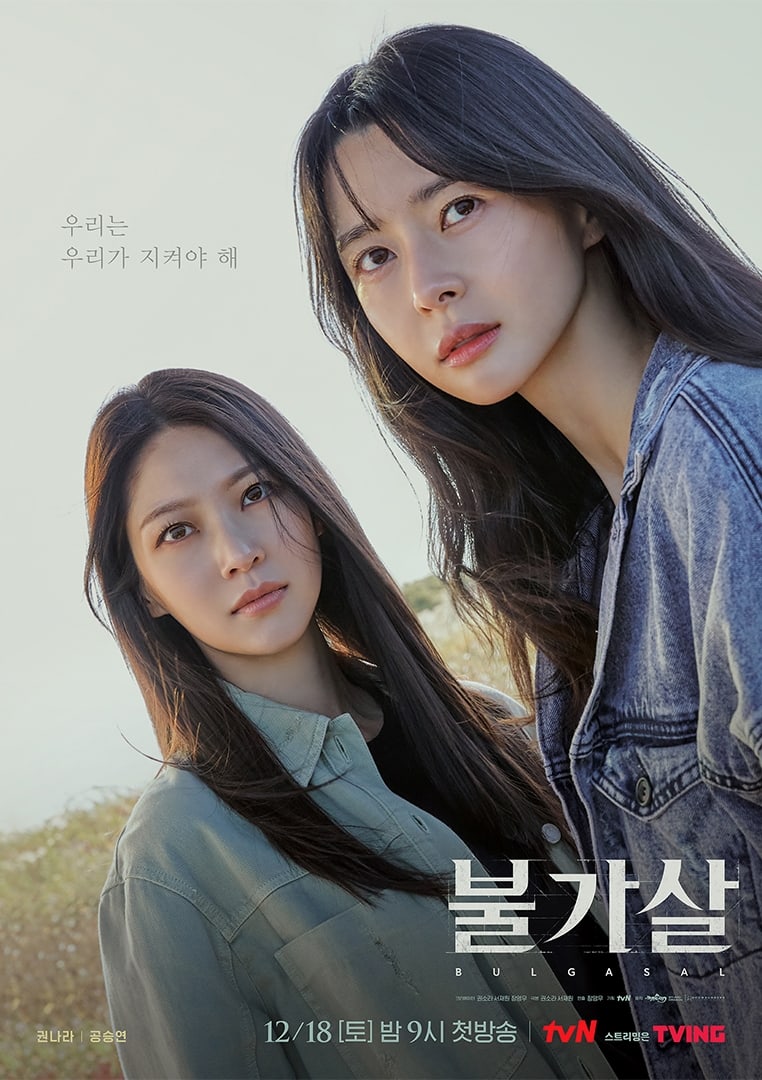 “Bulgasal” will premiere on December 18 at 9 p.m. KST. In the meantime, check out a teaser for the drama here!

While you wait for “Bulgasal,” watch Kwon Nara in “Doctor Prisoner” with subtitles below: