Helmed by “Heirs” director Boo Sung Chul, “Ghost Doctor” is a fantasy medical drama about two doctors who could not be more different in terms of their backgrounds, skills, or personalities, but who end up combining bodies and spirits. Rain will star as genius thoracic surgeon Cha Young Min, while Kim Bum will play silver-spoon resident Go Seung Tak. Apink‘s Son Naeun will take the role of emergency room intern Oh Soo Jung, who believes in supernatural phenomena and miracles despite studying medicine.

Rain’s character Cha Young Min is a genius doctor who has a knack for saving people with his surgical skills. He has good looks and an extraordinary resume, but he has an arrogant and selfish personality. However, he is expected to go through surprising developments after getting into an accident that turns into someone he isn’t.

In one newly released still, Cha Young Min oozes irreplaceable charisma with his luxury suit and outstanding appearance. His sharp eyes give a glimpse of his cynical side, and his face is frozen stiff without a hint of a smile. However, the next photo depicts something unimaginable has happened. For some reason, he is sitting on the floor in his scrubs, and his eyes are wide with fright. His shocked expression and clumsy appearance make viewers wonder what happened that caused him to change 180 degrees. 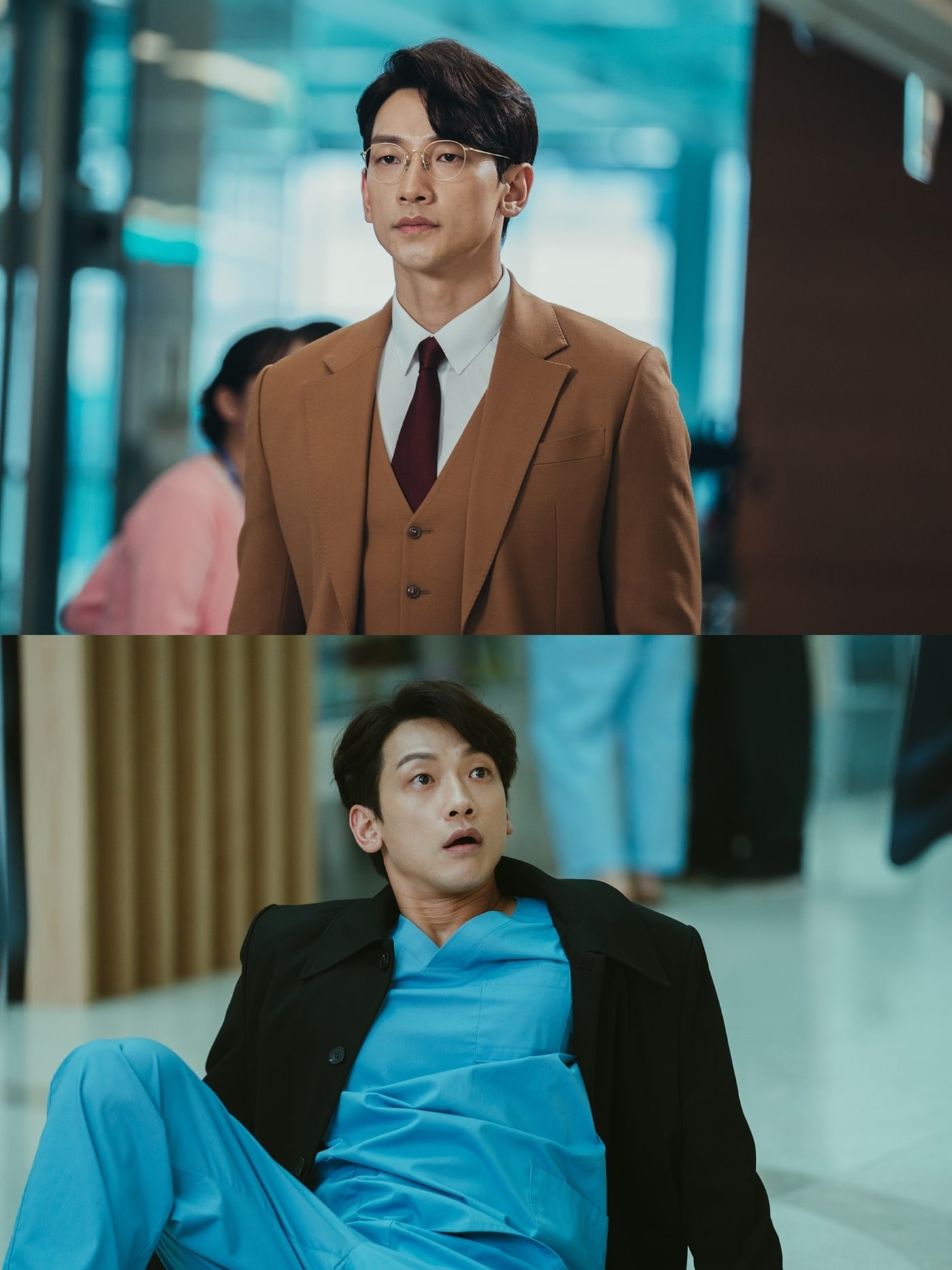 The drama’s producers commented, “Rain is an irreplaceable actor who is creating Cha Young Min with his own style. Cha Young Min’s story that will gradually transform through possession will sometimes make you laugh and sometimes touch your heart. Please pay a lot of attention to ‘Ghost Doctor’ where Rain’s performance will shine.”

In the meantime, watch Rain in “Come Back Alive“: