SBS’s “Now We Are Breaking Up” has shared a sneak peek of an emotional moment from its upcoming episode!

Previously on “Now We Are Breaking Up,” Ha Young Eun tried to resist her undeniable attraction to Yoon Jae Guk, who remained determined to pursue her. Especially after finding out that Yoon Jae Guk was the younger brother of her former boyfriend Yoon Soo Wan (Shin Dong Wook)—and learning the reason why he had disappeared into thin air 10 years ago—Ha Young Eun hesitated to start a new relationship with the younger man.

However, due to Yoon Jae Guk’s persistence and the magnetic pull between them, Ha Young Eun ultimately acknowledged her own feelings, and on the latest episode of the drama, the two began their romance in earnest.

In newly released stills from the drama’s upcoming episode, Ha Young Eun and Yoon Jae Guk embrace each other tightly late at night, holding onto each other as if afraid to let go. Notably, some luggage can be seen off to the side, raising the question of who has just returned from a trip and where they might have gone.

Up until now, Ha Young Eun has been extremely cautious in the face of their budding romance, but the couple’s passionate embrace in public reveals just how deep their love for one another has grown. 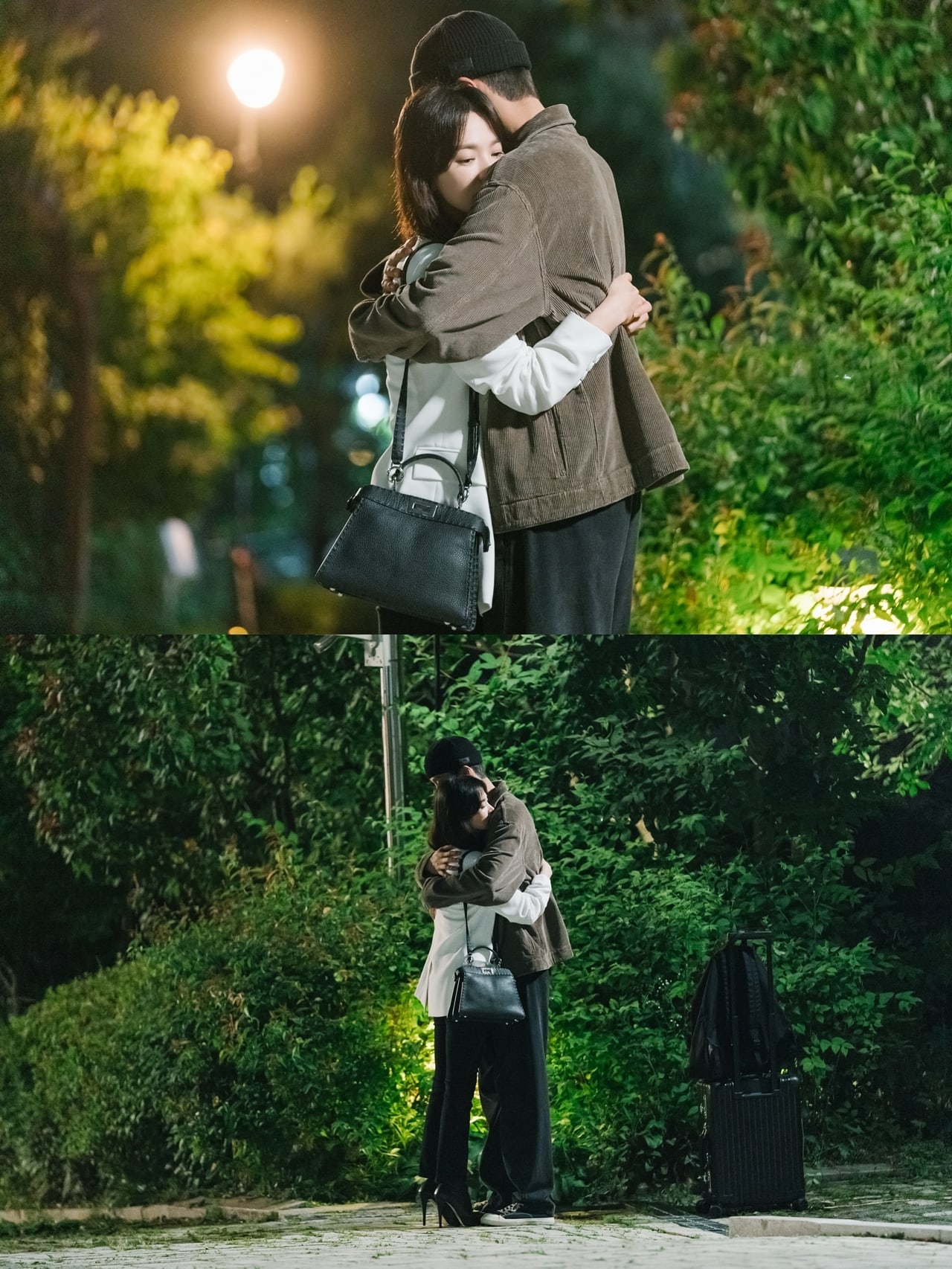 The producers of the drama teased, “In Episodes 7 and 8 of ‘Now We Are Breaking Up,’ which air this week, Ha Young Eun and Yoon Jae Guk’s feelings for one another will grow even deeper. Actors Song Hye Kyo and Jang Ki Yong will portray their feelings in detail and with emotional depth. Please show a lot of interest and anticipation for whether Ha Young Eun and Yoon Jae Guk will be able to love each other like an ordinary couple.”