Lee Dong Wook has shared his thoughts on his upcoming drama “Bad and Crazy”!

Directed by Yoo Sun Dong and written by Kim Sae Bom, who previously joined forces for the hit OCN drama “The Uncanny Counter,” tvN’s “Bad and Crazy” is a new redemption drama about the chaotic events that unfold when two unlikely heroes come together. Lee Dong Wook will star as the capable “bad guy” Ryu Soo Yeol, while Wi Ha Joon will star as “crazy guy” K, a vigilante who is exceedingly passionate about justice.

When asked why he had decided to star in the drama, Lee Dong Wook recalled, “Writer Kim Sae Bom’s script was incredible. The script itself was so much fun that I think the drama will provide viewers with a new and refreshing kind of entertainment that’s different from anything they’ve seen before.”

The actor also described his character Ryu Soo Yeol, a corrupt detective who isn’t particularly interested in justice. “Ryu Soo Yeol is not a virtuous or upstanding cop,” said Lee Dong Wook. “He does some bad things for the sake of his future and career, and he tries to turn a blind eye and get out of doing good things. He’s a character who thinks a lot about his own gain.”

He went on to add, “You’ll be able to see a new side of actor Lee Dong Wook that you haven’t seen up until now.” 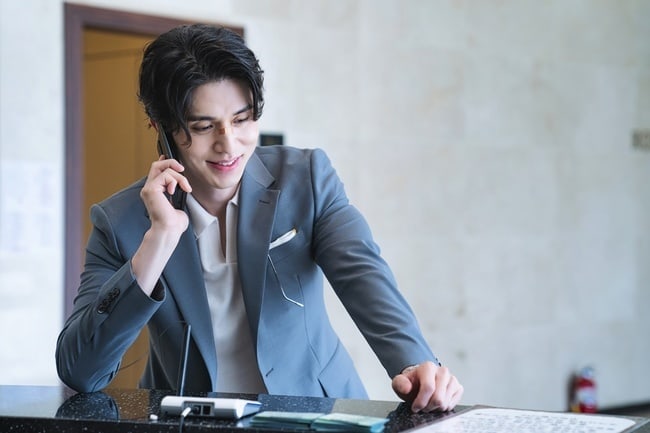 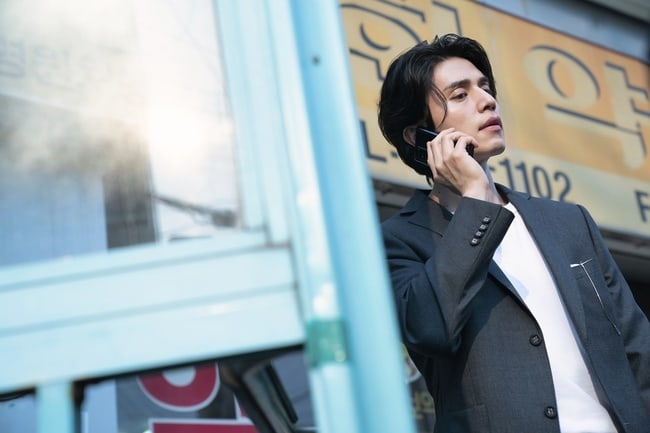 Expressing complete confidence in the upcoming drama, Lee Dong Wook went on to remark, “Our drama’s biggest strength is the powerful and daring action. Our martial arts team helps us so much that I barely have to prepare anything special for filming, so I’m really grateful to them every time we shoot.”

“We have great teamwork with the staff as well,” he continued. “Our staff members tend to be very meticulous in their preparations, and director Yoo Sun Dong is truly the No. 1 workaholic on set. Every time we film a scene, he directs each and every moment in fine detail. I’m putting my trust into the director’s warm directing while filming, and we’re getting along great. Because everyone’s always working hard without resting, I find myself thinking, ‘Wouldn’t this drama probably end up doing well?'” 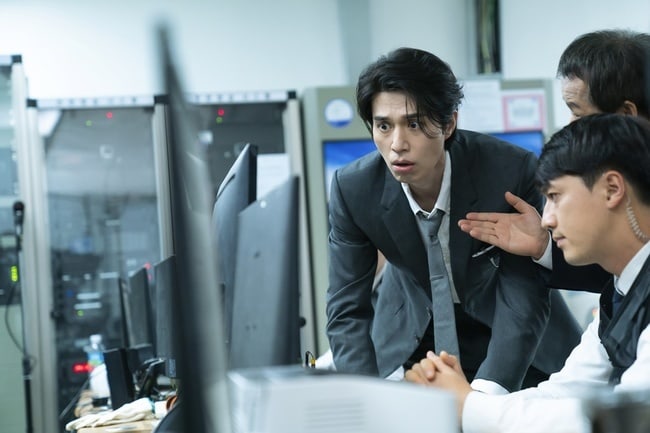 Lee Dong Wook also went on to reveal that his first impression of his co-star Wi Ha Joon had been entirely mistaken.

“Ha Joon, who has a charming smile, is the actor who differed the most from my first impression of him,” he said. “I initially thought that he would be a bit aloof, but after meeting him in real life, he’s extremely friendly, and he’s always polite to his seniors and even his colleagues. He’s very cool, and I think he has an upright sort of charm.”

Additionally, Lee Dong Wook didn’t hold back in praising Wi Ha Joon’s work ethic, remarking, “Ha Joon is always so prepared, and he’s really thorough in his preparations. It’s to the extent where I wondered to myself, ‘How is it possible that from the very first shoot, he arrived as “crazy guy K” in the flesh?’ He always prepares his parts diligently and works hard during filming, and that gives me strength when I act as well. We actively share our opinions with one another and are considerate of one another during filming.” 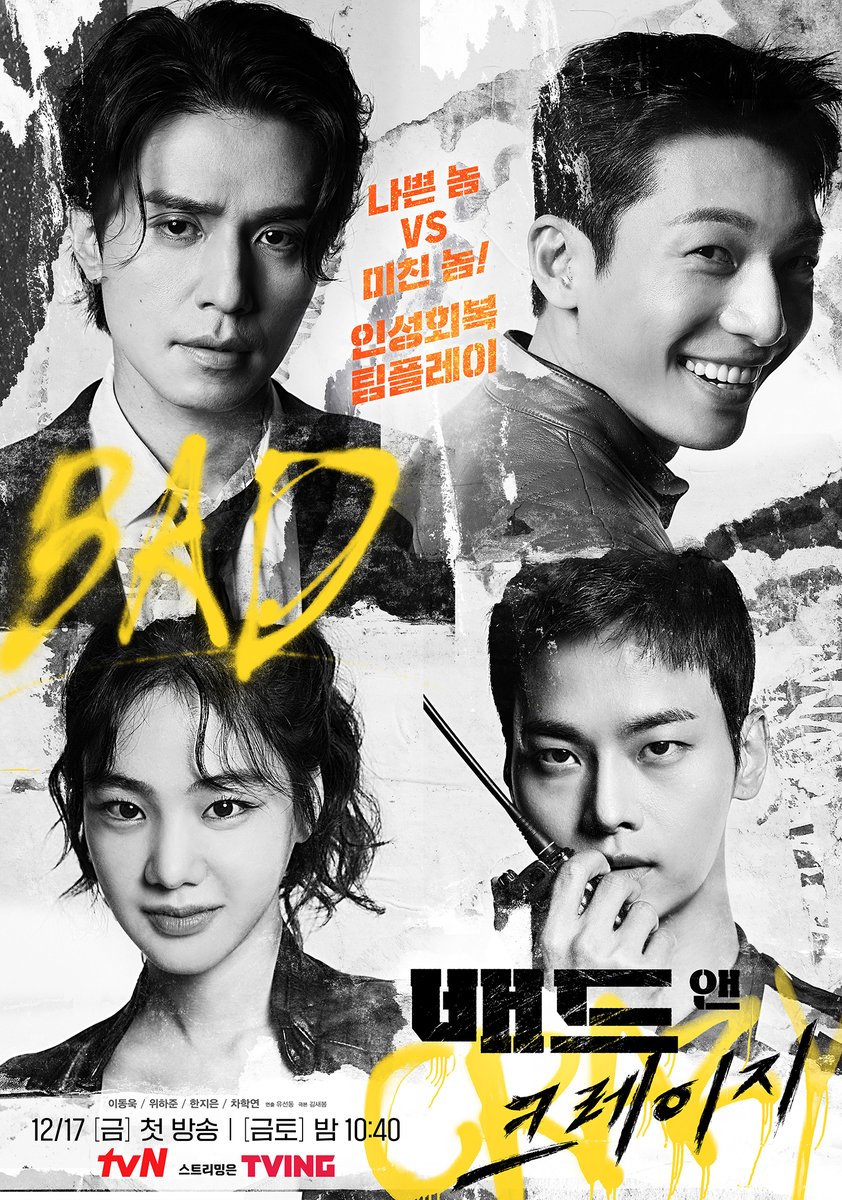 “Each and every day is so hectic, fun, and busy that the set now feels like home,” he shared. “In particular, Ji Eun has been dubbed the chatterbox of our set, and whenever I talk to her, I find myself thinking, ‘Wow, she’s really cheerful.'”

As for Cha Hak Yeon (VIXX’s N), who will be playing upright police officer Oh Kyung Tae, Lee Dong Wook enthused, “Our youngest, Hak Yeon, is the mood maker on set. He’s always cheerful and full of positive energy, and I can also see that he works really hard to prepare [for filming] every time he comes to the set.” 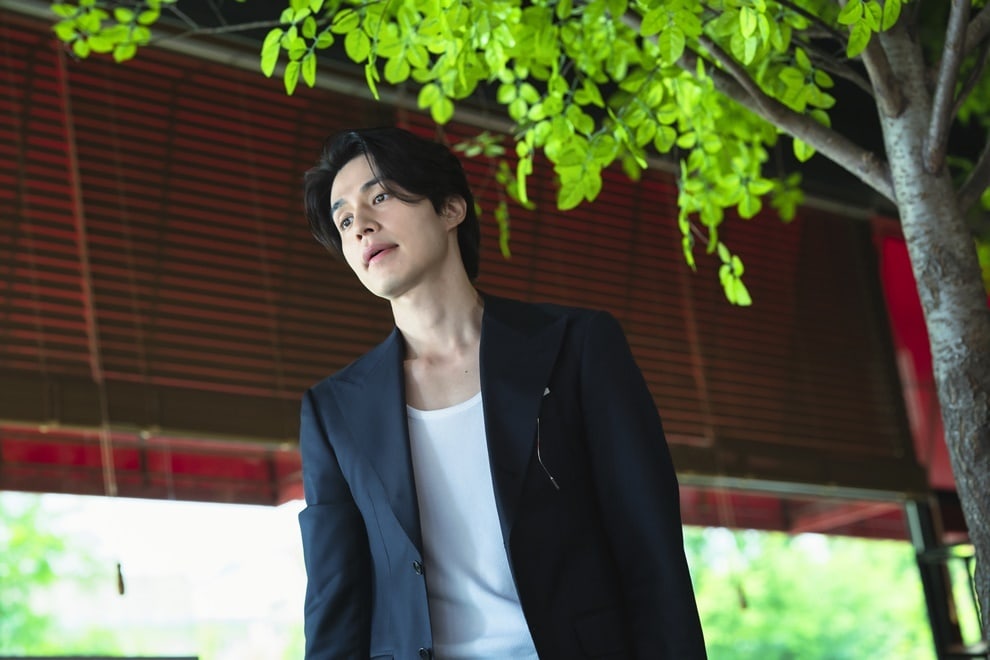 When asked which scene in the drama he’s most looking forward to watching, Lee Dong Wook replied, “I’m looking forward to the first meeting between Soo Yeol and K, which was filmed at a sauna. We kept sweating and really suffered a lot while filming, and Ha Joon especially suffered a lot. So many aspects [of that scene] must have been difficult for him, like not being able to see well because he was wearing a helmet, but because he’s so good at action scenes, we were able to film it well without any problems.”

Finally, Lee Dong Wook concluded by teasing, “Our drama will be refreshingly fast-paced and action-packed from the get-go. I hope that by watching our drama, viewers will be able to experience a vicarious satisfaction and catharsis that they can’t experience in real life. I’d also be grateful if everyone gave their love to ‘Bad and Crazy’ and my character Ryu Soo Yeol.” 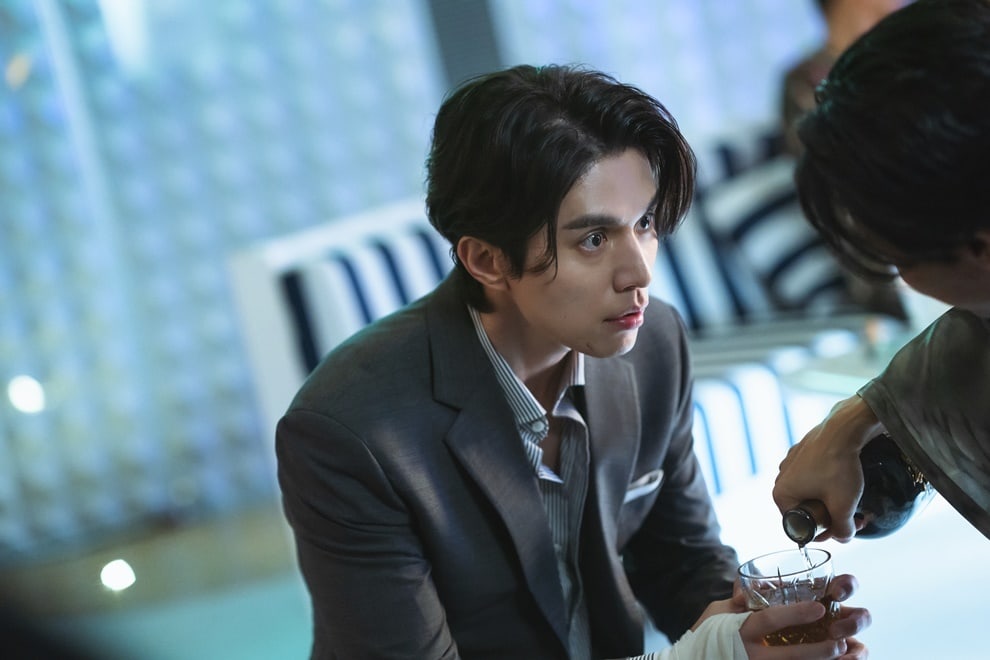 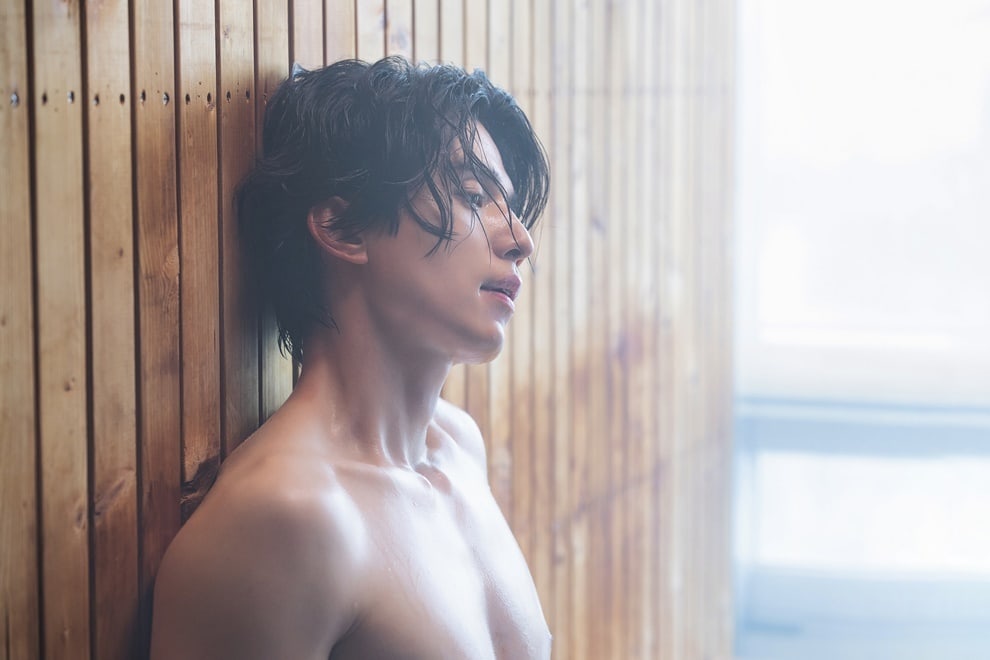 While you wait for “Bad and Crazy,” watch Lee Dong Wook in “Tale of the Nine-Tailed” with subtitles below: