Gong Myung Talks About Friendship With 5urprise Members, His Optimistic Personality, And More

Gong Myung participated in a pictorial and interview with Vogue Korea! 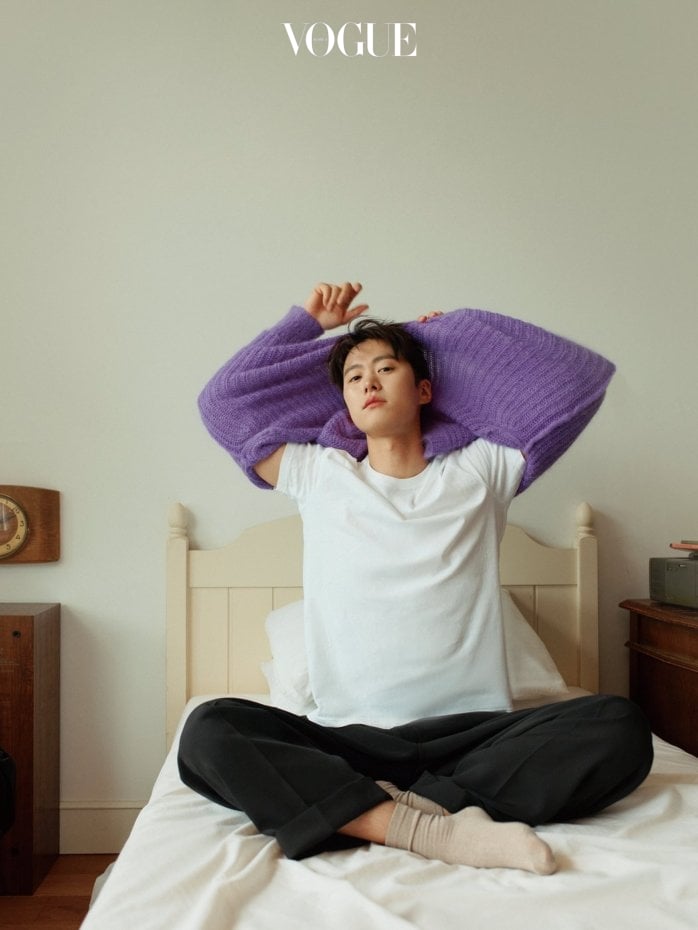 Gong Myung spoke about working with his seniors on “House on Wheels 3,” saying, “I’m not really the shy type so it wasn’t difficult to become close with my seniors. I am an introvert at times, but not when it comes to forming relationships with people.”

When asked about his acting career, Gong Myung compared his career to a marathon. He said, “Just like a marathon, I want to run at my own pace and take things slowly.” 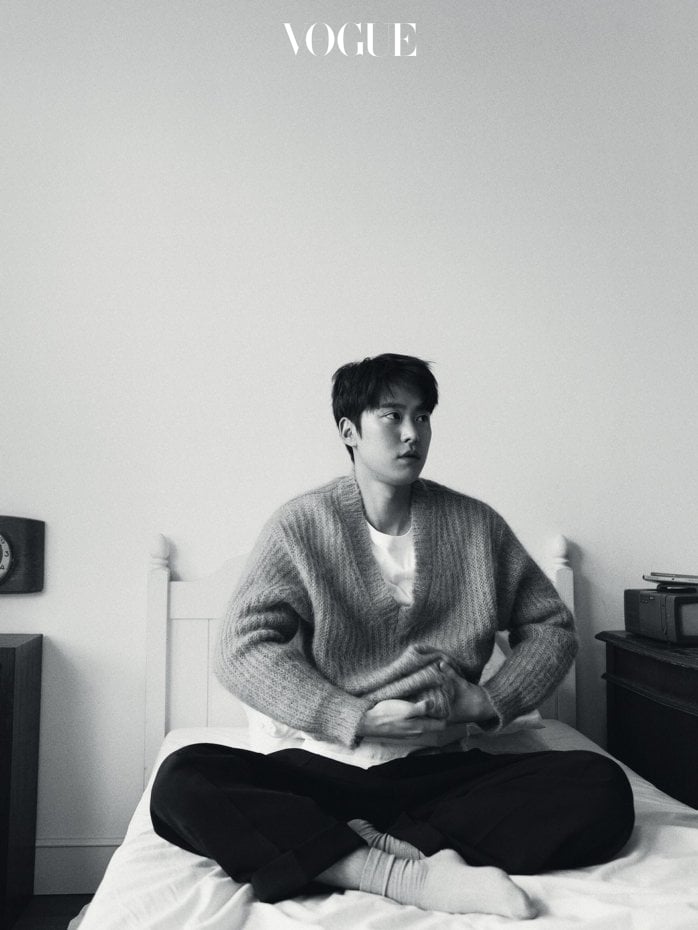 As for playing different roles that don’t fit his good-natured image, he said, “My goal isn’t to focus on trying to find different roles. I want to take on the roles that I have without being picky, and if I can show diverse sides of the characters within those roles, then that would be great.” 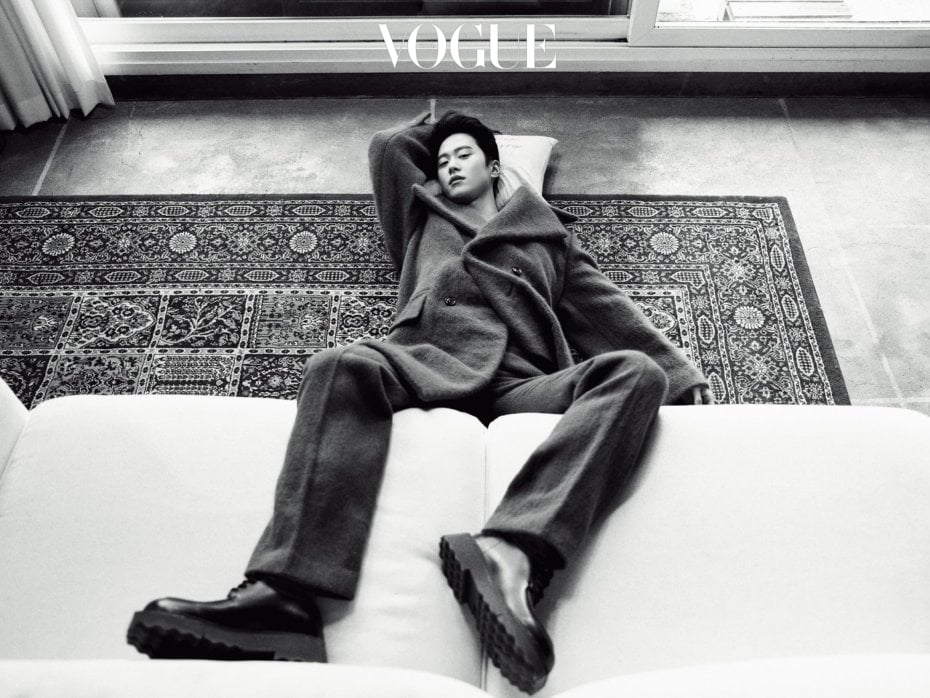 Gong Myung confirmed his ongoing friendship with the former 5urprise members. 5urprise was an actor group formed by Fantagio Entertainment and includes Gong Myung, Lee Tae Hwan, Seo Kang Joon, Yoo Il, and Kang Tae Oh. “We still talk to each other a lot through our group chat. We can’t really gather together due to the COVID-19 pandemic, but I see each of them separately when we have time. They’re still really supportive and make me feel comfortable.”

Back in 2013, 5urprise talked about living in a half-basement together in an interview. Looking back on those days, Gong Myung commented, “I can’t say those were the good times because it was very difficult. We went through moments of anticipation and fear together. Time goes by really fast.”

A lot of people refer to the hit film “Extreme Job” as Gong Myung’s turning point. Referring to this, Gong Myung said, “My turning point is the seniors that I worked with. I was able to grow by learning about their life experiences.” 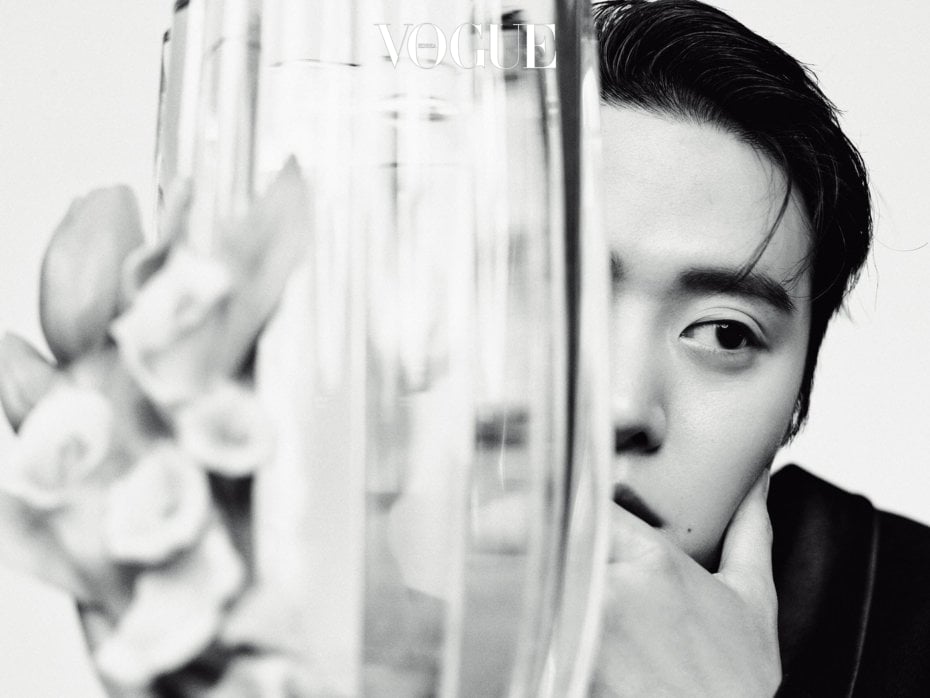 He talked about working with Park Hae Il, saying, “I started to admire Park Hae Il after watching his film, ‘Scent of Love.’ I saw him as a role model, and it was an honor to just be next to him.”

When asked if he confessed his love to Park Hae Il, Gong Myung laughed, saying, “No, I was too nervous. There were also lots of other amazing seniors there as well, so there was never a time that I wasn’t nervous. However, I learned a lot and was able to have a couple drinks with the seniors after filming. I still can’t believe that happened.”

Gong Myung also spoke about what he emphasizes when acting. “I try to approach my character by relating to it. I also make notes when analyzing characters.”

Gong Myung revealed that for the film, “Ice River,” he even went to a religious gathering for his role as a Jehovah’s Witness who refuses his military service duties. “I was 19 at the time, so it was quite the experience.”

Finally, Gong Myung talked about what kind of actor he wants to be, saying, “I want to spread love through acting. I received a lot of love and want to reciprocate that. This is something I want to do for the rest of life, so I hope I can continue to do this.” 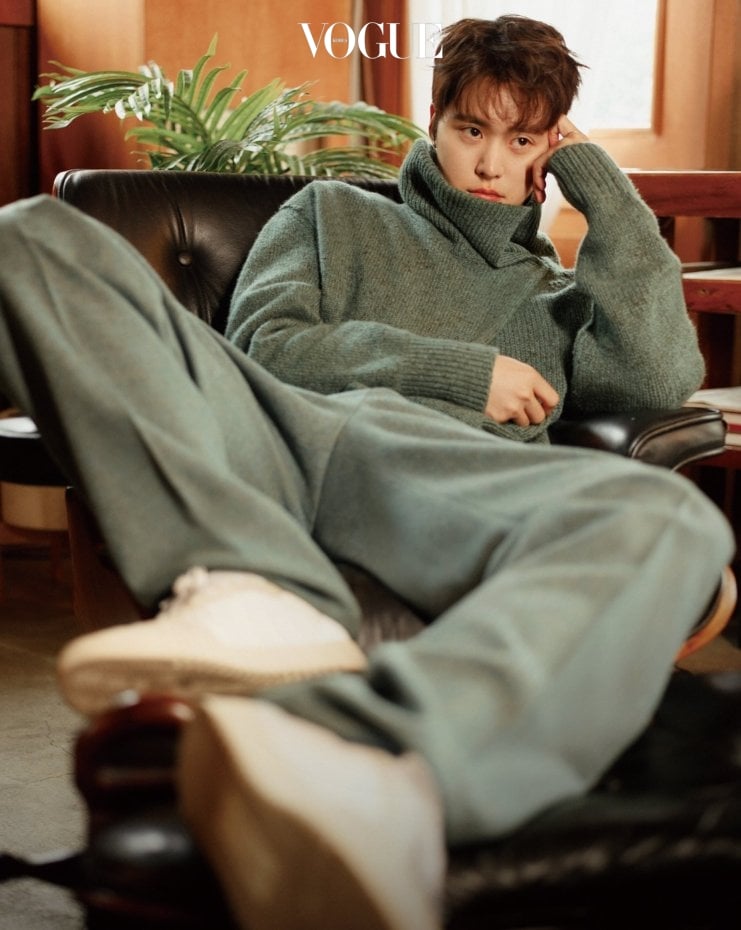 Check out Gong Myung in his recent drama, “Lovers of the Red Sky” with subtitles here:

Gong Myung
Vogue
How does this article make you feel?