Watch: 2PM’s Lee Junho And Lee Se Young Brighten The Atmosphere With Their Constant Joking On Set Of “The Red Sleeve”

2PM’s Lee Junho and Lee Se Young dazzle with their brilliant chemistry on the set of MBC’s “The Red Sleeve”!

Based on a novel, “The Red Sleeve” is a historical drama about the imperial court romance between a court lady named Seong Deok Im (Lee Se Young) and crown prince Yi San (Lee Junho), who put the nation first before love.

The drama recently released a making-of video that starts with Lee Junho explaining the scene. He says, “Today is the day Yi San is taking a bath, so there are roses [in the water].” While waiting for filming to start, Lee Junho and Lee Se Young pass time by playing fun games.

In the next clip, two lead actors practice for the scene where Yi San thinks that Seong Deok Im might become the king’s concubine because her hair is pulled up using an ornament called tteoguji that is usually worn on special occasions. Lee Se Young wears a sly expression on her face, and she seems both proud and flattered by Lee Junho’s attention. She jokingly smacks his chest and says, “I know [how you feel about me].” He pretends to be in distress as he cries out in disbelief, “[How dare he take] my court lady…!”

Kang Hoon steps up and says his line about how the court ladies are preparing for a ceremony. Lee Junho jokes, “Why are you telling me this now?” and Kang Hoon quips, “I just found out, too…”

Lee Se Young sits down on the railing and playfully commands, “If you have something to tell me, say it.” Lee Junho, who is grabbing onto her wrist, teasingly yanks her back and forth. When she sways because of her heavy hairdo, he worriedly asks, “It’s really heavy, isn’t it?” Lee Se Young calmly replies, “No, it’s fine.” 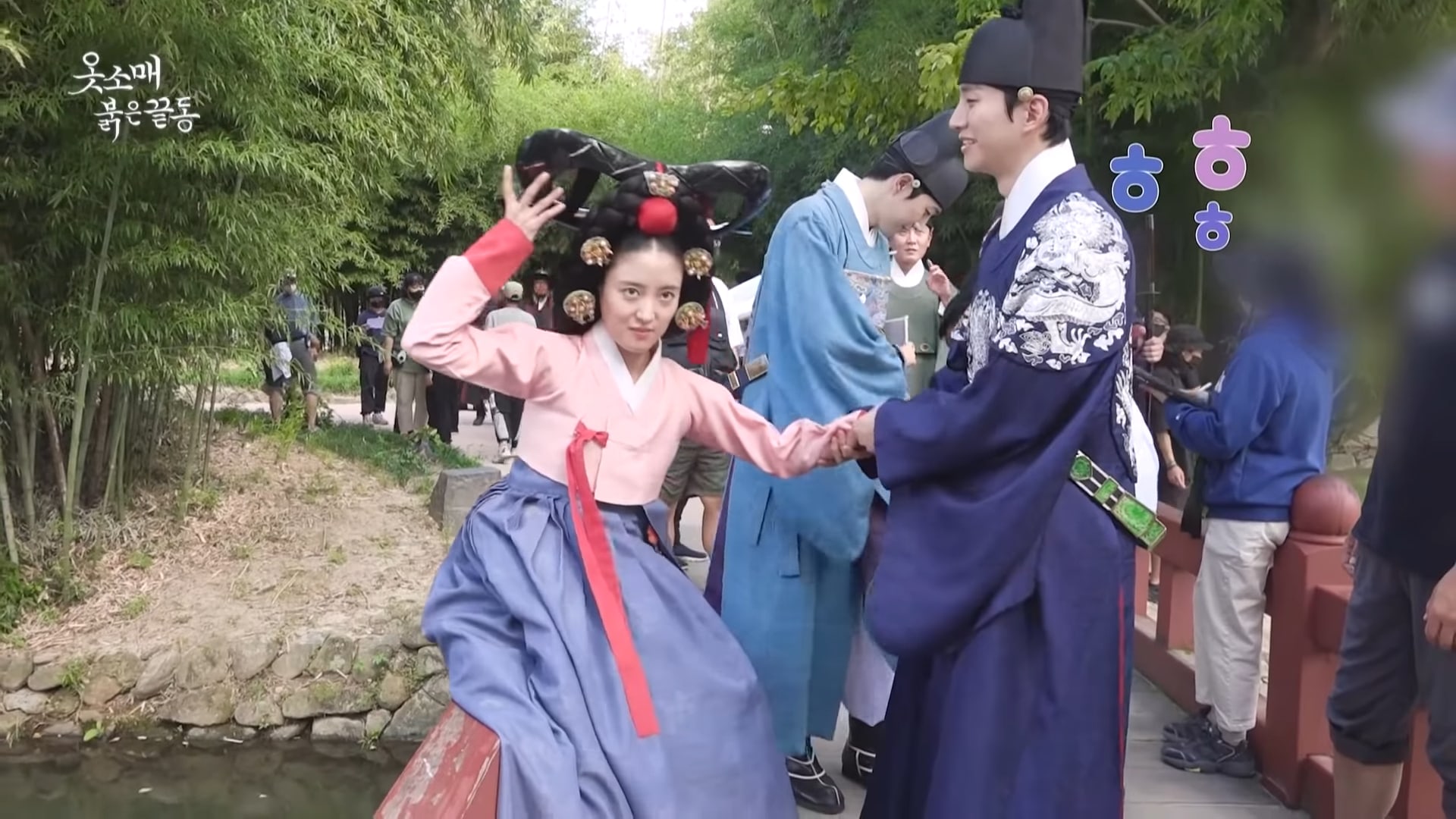 Lee Junho and Lee Seyoung’s chemistry continues into the night when they film the scene where Yi San angrily approaches Seong Deok Im. The two thoroughly discuss their positions with the director, but they can’t help but laugh when they make eye contact. When Lee Junho shouts his lines, the director suggests he lower his voice, and he starts whispering angrily. Lee Se Young plays along, and they warmly burst into laughter once more.

Check out their incredible teamwork in the full making-of video below!