Watch: Choi Ye Na And Her Classmates Go Through Ups And Downs In New Teaser For “The World Of My 17” Season 2

tvN D STUDIO’s original web drama “The World of My 17” has released a new teaser for Season 2!

The first season of “The World of My 17” starred Oh My Girl‘s Arin, Kwon Hyun Bin, Hwang Bo Reum Byeol, Han Chae Kyung, FANATICS’ Do Ah, and Ryeo Woon in a realistic story about the friendship and growth of 17-year-old high school students.

Starring in the second season are former IZ*ONE member Choi Ye Na, Yoo Seon Ho, Lee Won Jung, and Weeekly’s Jihan. Choi Ye Na will play the main character Oh Na Ri, a lovable character who finds herself at a crossroads between her first love, a friendship she thought would last forever, and her dreams about her future.

Yoo Seon Ho plays Joo Chan Yang, a new student who throws Oh Na Ri and her group of friends into chaos, while Lee Won Jung plays Kwon Seung Ha, Oh Na Ri’s close friend. He is the class president and is always bickering with Oh Na Ri, but finds himself drawn to her as more than a friend. 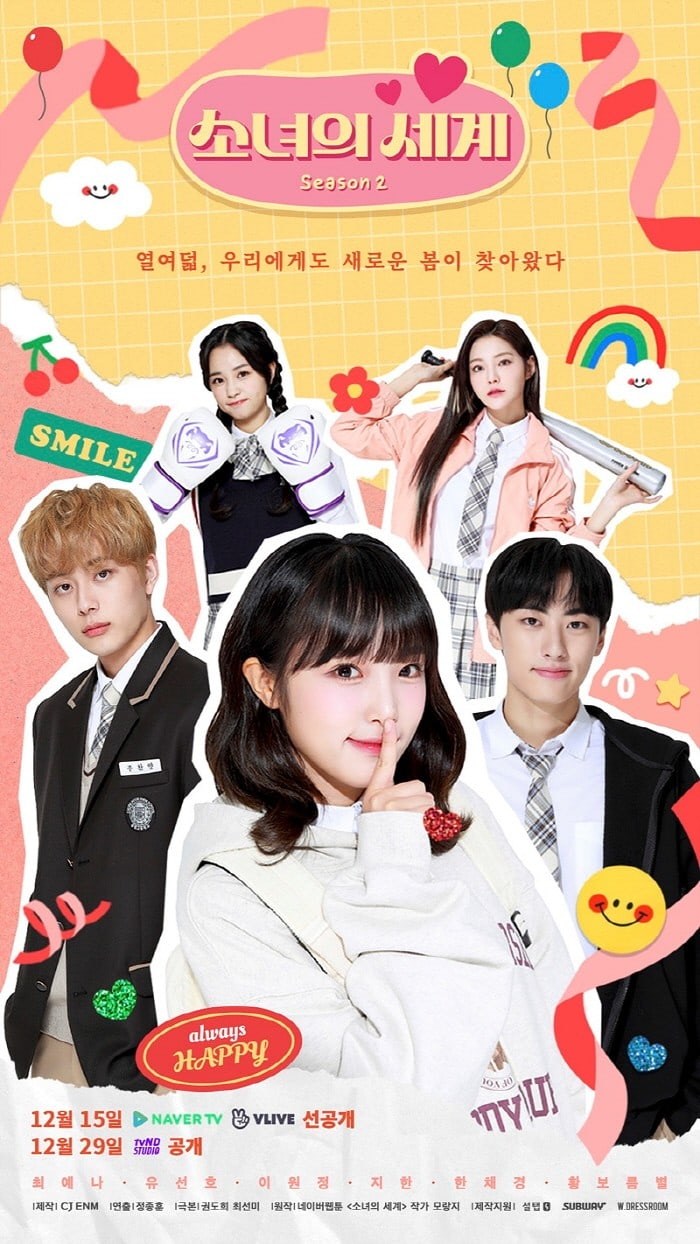 The newly released teaser begins with Oh Na Ri finding out that she is in the same class as Seo Mi Rae and Im Sun Ji. Oh Na Ri then takes away the pillow that Joo Chan Yang was using to sleep on his desk, waking him up in the process.

When Oh Na Ri spots a hole in the ceiling, the caption teases that a “dangerous romance” is about to begin through the hole, which unexpectedly connects their classroom with that of the class above.

Oh Na Ri and Joo Chan Yang gradually become closer, and when she gives him a skin care product as a gift, he tells her, “Put it on for me.” Her friends react with shock and horror, exclaiming, “What does that crazy guy think he’s doing, putting the moves on her?”

Later, Im Yoo Na is accused by a classmate of buying her grades with money, and she tearfully tells Jung Woo Kyung that she wants to end things between them.

Finally, Oh Na Ri stands before a large group of people and says, “This is all my fault,” building curiosity about the second season’s storyline.

“The World of My 17” Season 2 will be released on Naver TV and V Live on December 15 and on tvN D STUDIO’s YouTube channel on December 29. Watch the new teaser below!

While you wait, check out the first season of “The World of My 17” on Viki here: