MBC’s “The Red Sleeve” has shared a sneak peek of 2PM’s Lee Junho and Lee Se Young on a secret date!

On the previous episode of “The Red Sleeve,” Yi San managed to be freed with Seong Deok Im’s help—and in the process of watching her go to all sorts of lengths for him, he became completely smitten. The episode ended with Yi San and Seong Deok Im accidentally getting closer during his bath time, heightening the romantic tension between them.

In newly released stills from the drama’s upcoming episode, Yi San and Seong Deok Im secretly meet alone at a quiet place on the palace grounds. As the two spend a furtive moment together, Yi San seems to worry about Seong Deok Im’s health, tenderly holding her with one arm as he brings a hand to her forehead to check her temperature.

While their prescribed roles dictate that the court lady should be the one caring for the crown prince, Yi San adorably winds up being the one fretting over Seong Deok Im’s well-being.

The producers of “The Red Sleeve” teased, “In Episode 7, San will be transparent and forward in his pursuit of Deok Im. San’s deepening feelings for Deok Im will explosively make viewers’ hearts flutter, so please show a lot of anticipation and interest.” 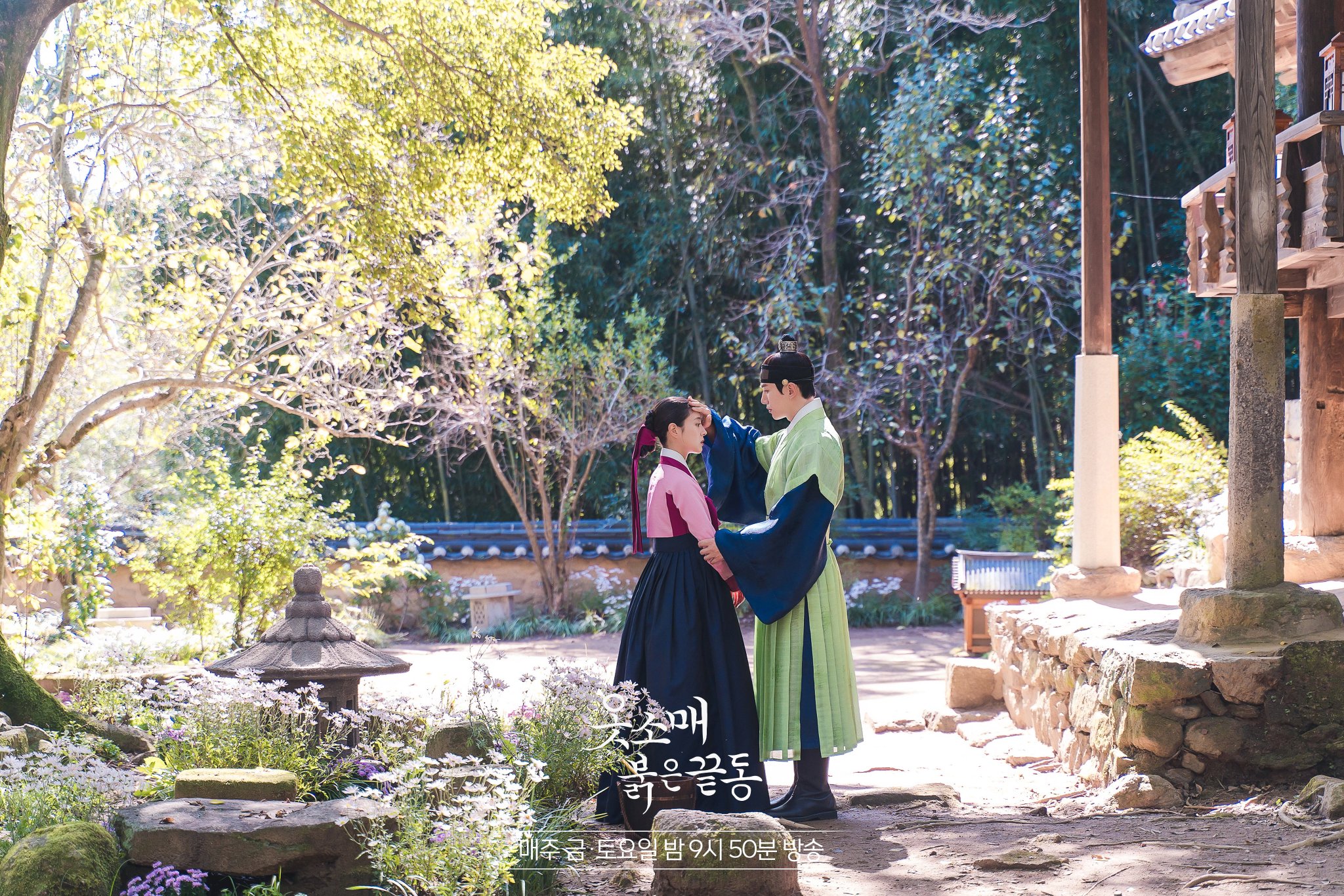 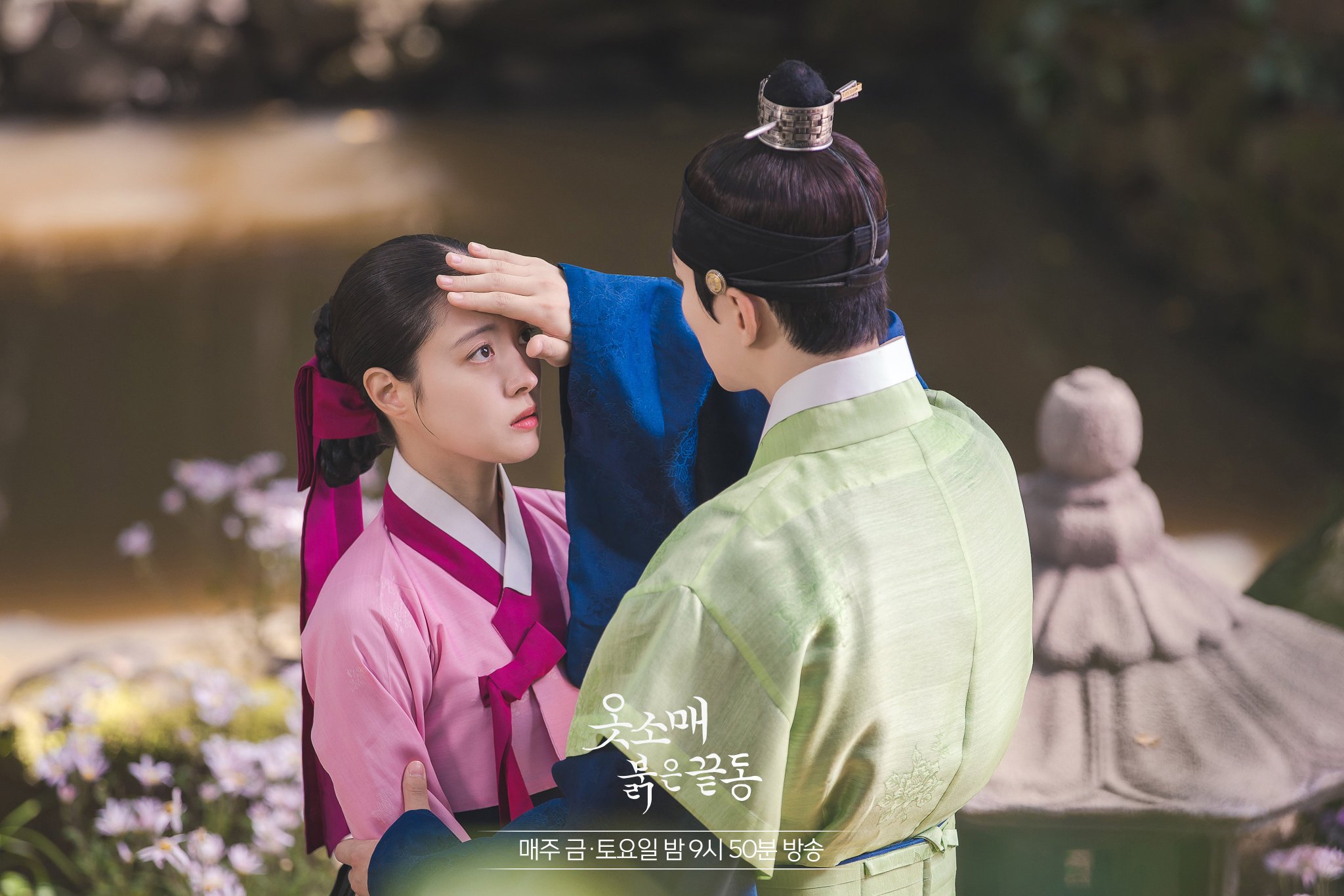 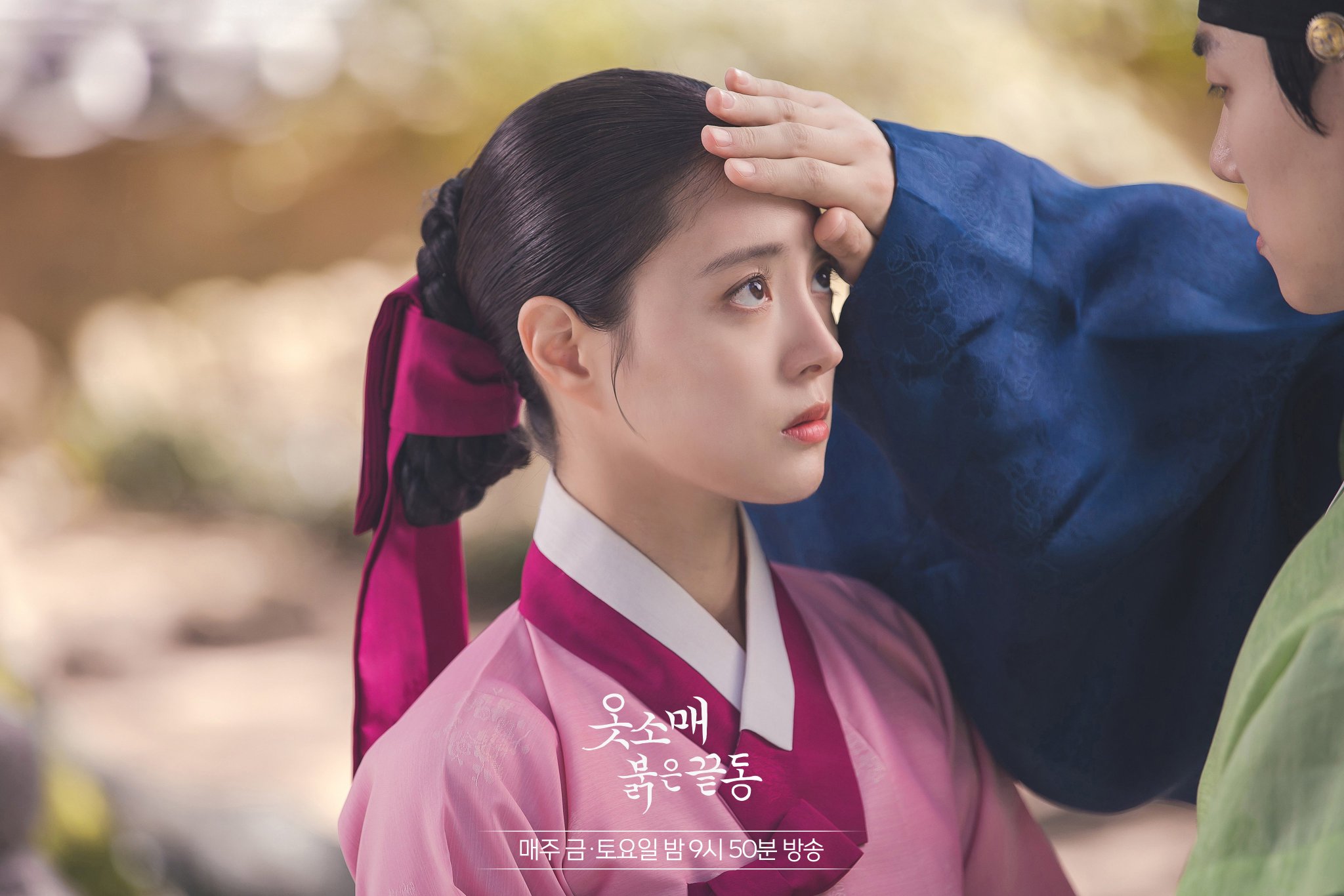 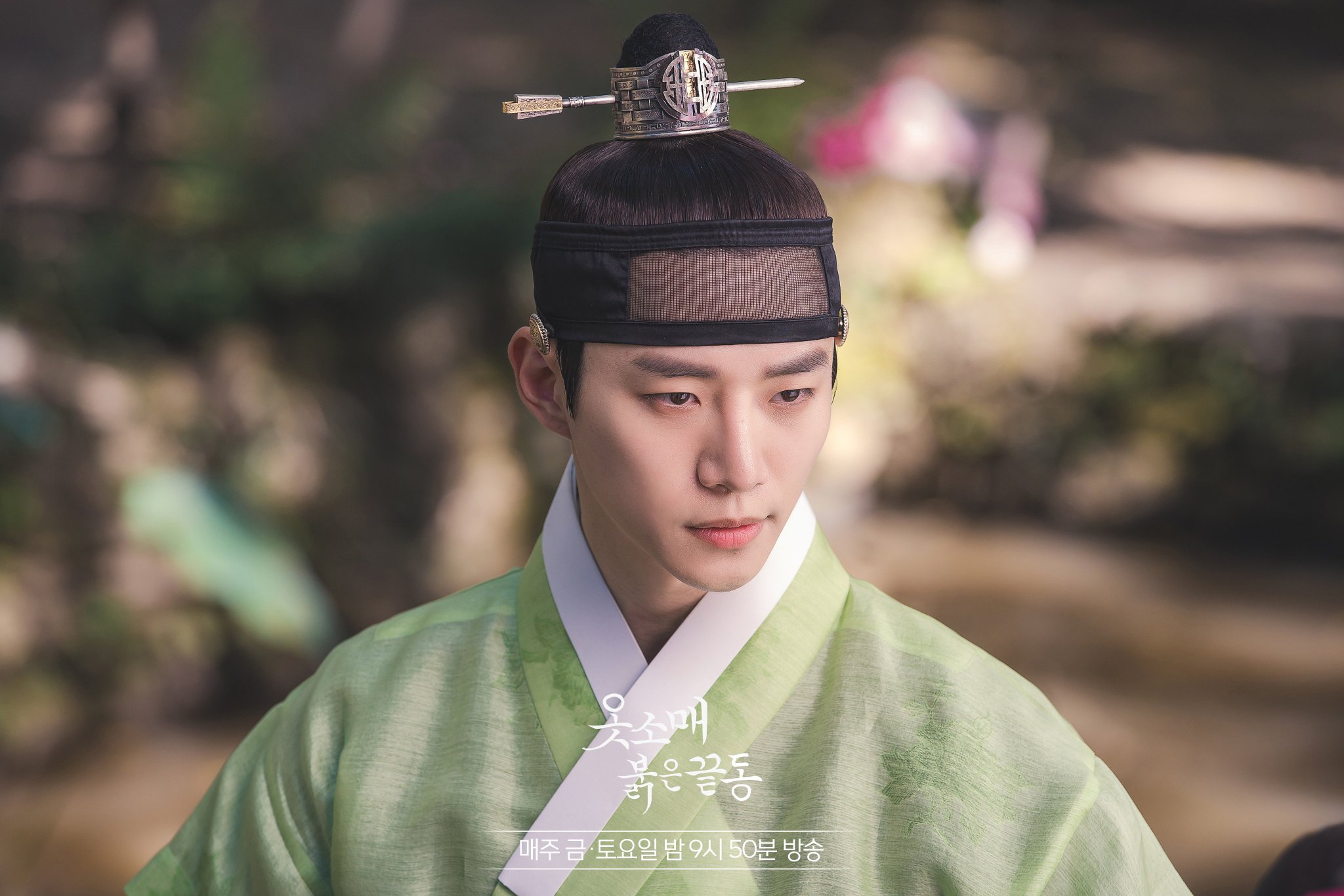