MBC’s “The Red Sleeve” has previewed a tense moment in the upcoming episode!

Chief Court Lady (Park Ji Young) has always favored Seong Deok Im for her brains and beauty. Previously, she expressed her intention to make Seong Deok Im into a concubine. However, Seong Deok Im became deeply intertwined with Yi San’s private organization. Now that Seong Deok Im has learned that Chief Court Lady is actually on Princess Hwawan’s (Seo Hyo Rim‘s) side, there will be major changes between the two court ladies.

Newly released stills capture a suffocating moment between Chief Court Lady and Seong Deok Im. The two are alone in Chief Court Lady’s room. She’s staring at Seong Deok Im with unwavering eyes and a firm expression. On the other hand, Seong Deok Im’s eyes are filled with tension and fear. Viewers are eager to find out about their secret conversation and if it has anything to do with Yi San. 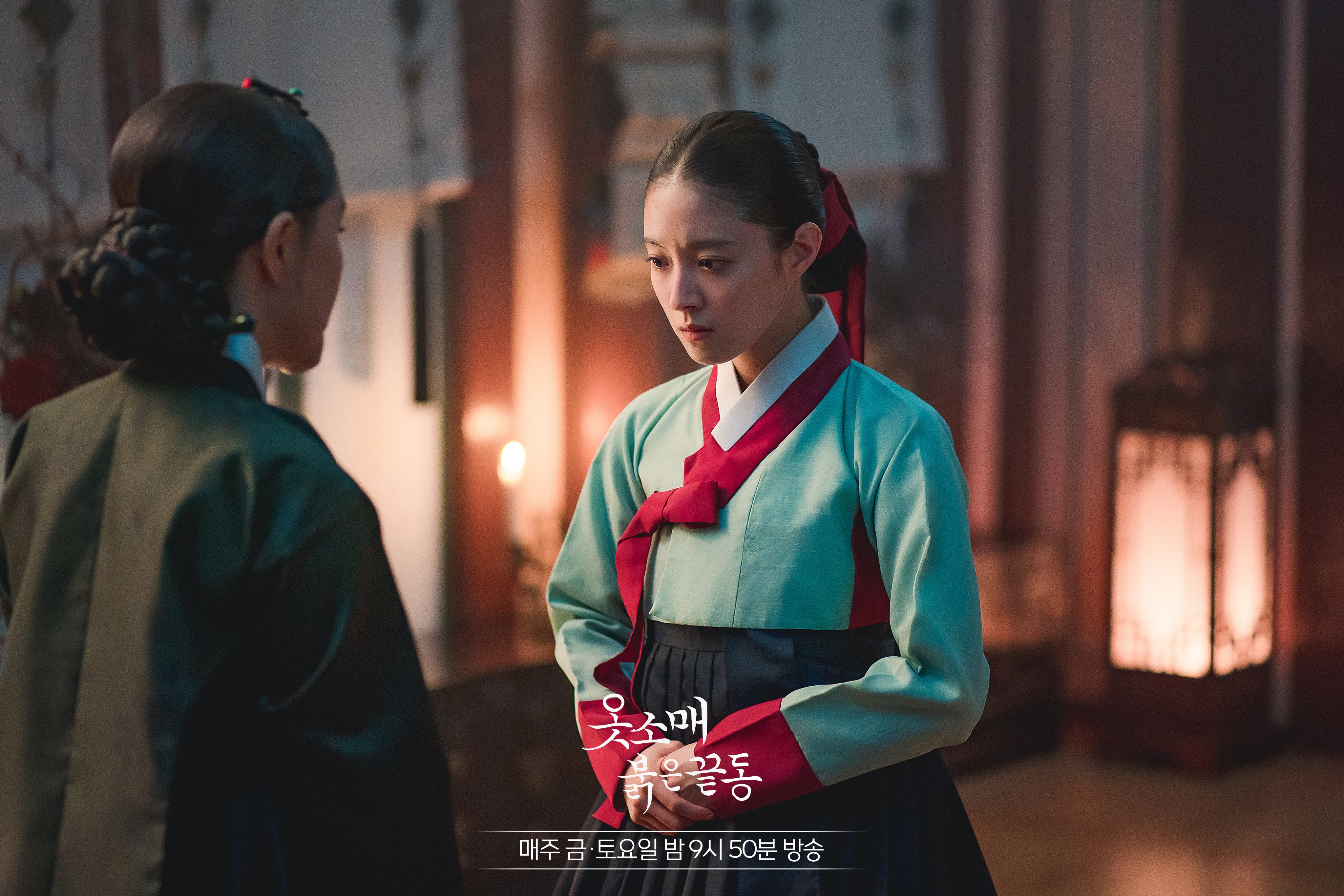 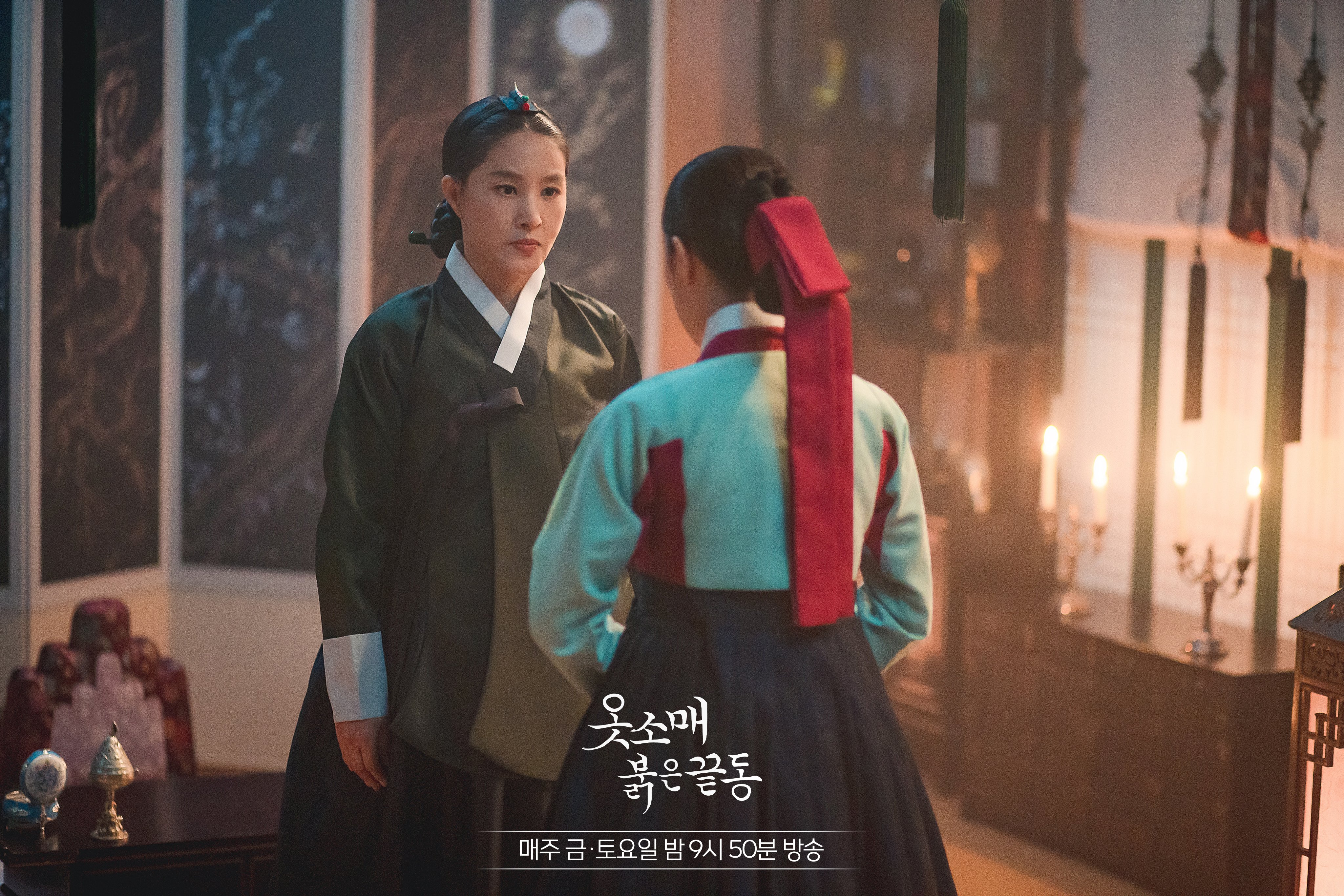 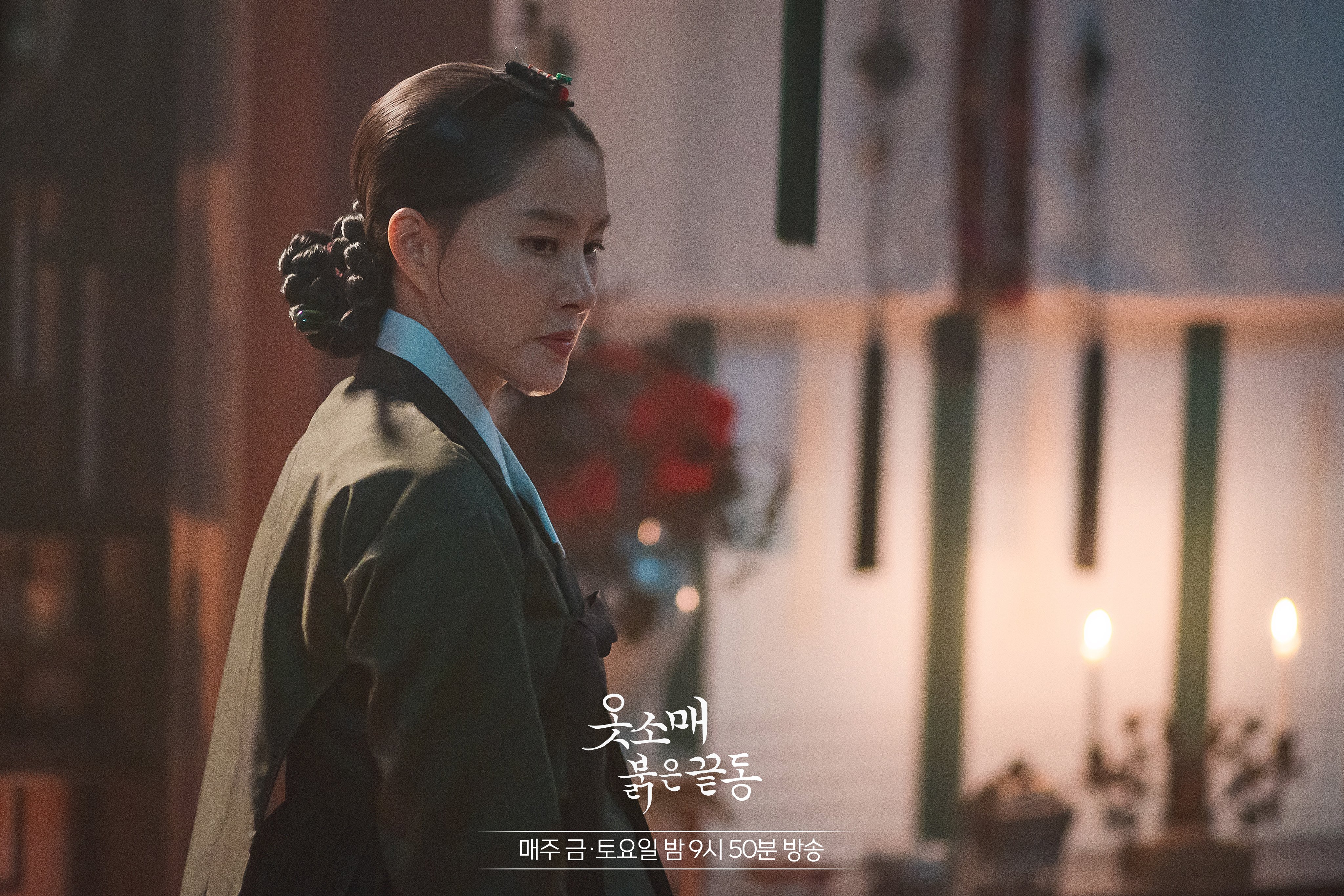 The drama’s producers hinted that with suspicions that King Yeonjo (Lee Deok Hwa) has dementia, there will be an icy political battle about who will be the next to sit on the throne. The Chief Court Lady will manipulate the players of the conflict to achieve her greedy desires, which will cause more exciting developments will unfold.

Park Ji Young
Lee Se Young
The Red Sleeve
How does this article make you feel?