tvN’s “Jirisan” has revealed new stills ahead of tonight’s episode!

Previously, Kang Hyun Jo found out in 2019 that the victims were all residents of the Black Bridge village. In winter of the same year, he fell into a comatose state after going up the mountain in dangerous snowy conditions for reasons unknown. In 2020, Seo Yi Kang is attempting to uncover the truth and track down the culprit.

The first stills take viewers to 2019, where Kim Woong Soon (Jeon Suk Ho) is investigating the bus incident that resulted in the death of Seo Yi Kang’s grandmother. As he is searching for witnesses, Kang Hyun Jo realizes that the person he had seen in a vision wearing black gloves had actually caused the accident to happen. Amidst an atmosphere of distrust, Kim Woong Soon furrows his eyebrows as he stares up at Kang Hyun Jo. Meanwhile, Kang Hyun Jo contemplates the officer sitting in front of him with doubtful eyes. 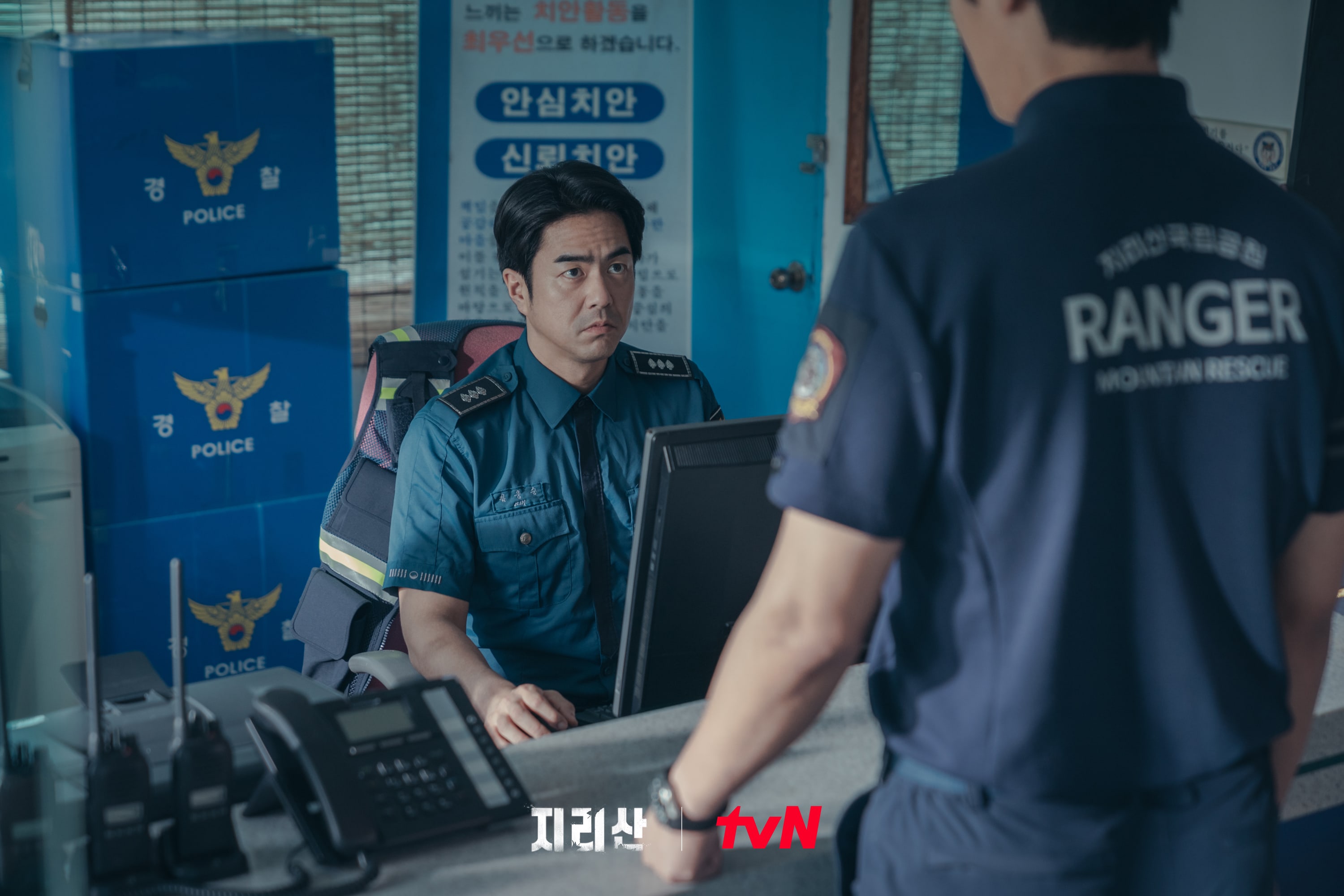 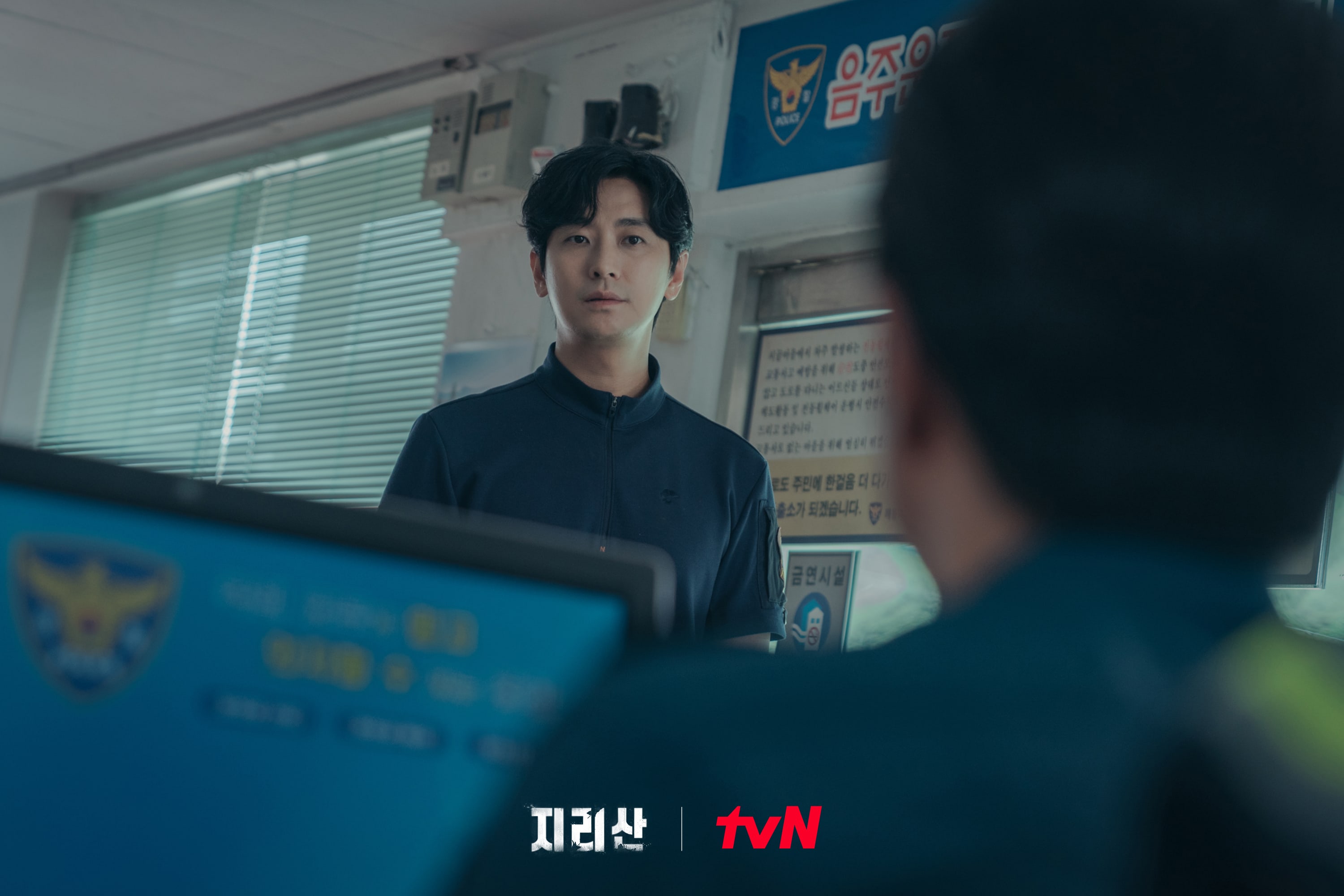 In 2020, Seo Yi Kang suspected Jung Goo Young (Oh Jung Se) as the culprit behind the kidnapping of ranger Lee Da Won (Go Min Si), but he confessed his alibi as he said that he had gone up the mountain to pay his respects to his late lover Lee Yang Sun (Joo Min Kyung). Afterwards, Jung Goo Young and Park Il Hae (Jo Han Chul) left in response to a radio alert, leaving Seo Yi Kang alone on the mountain.

At the end of the previous episode, Kang Hyun Jo searched for Seo Yi Kang, knowing that she was on the mountain. At the same time, a shadow of someone wearing black gloves appeared near her, leading viewers to anticipate what would happen next. Will Seo Yi Kang and Kang Hyun Jo be able to reunite? 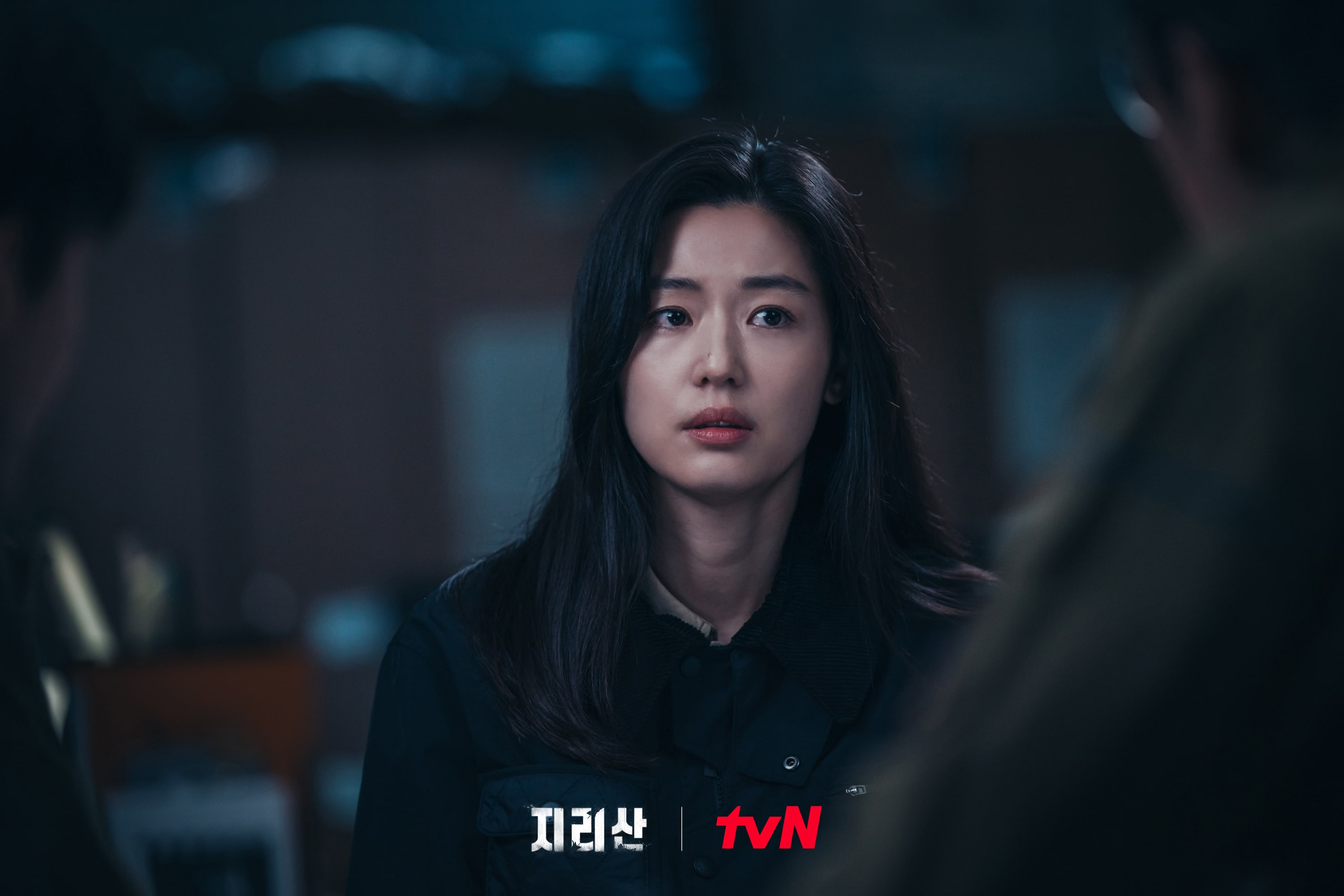 Other stills show Park Il Hae turning to look at Jung Goo Young with a surprised expression as the pair set out in response to the distress signal they received. Jung Goo Young’s face remains neutral as he speaks into his radio, with his unbothered attitude raising even more suspicions about his actions. 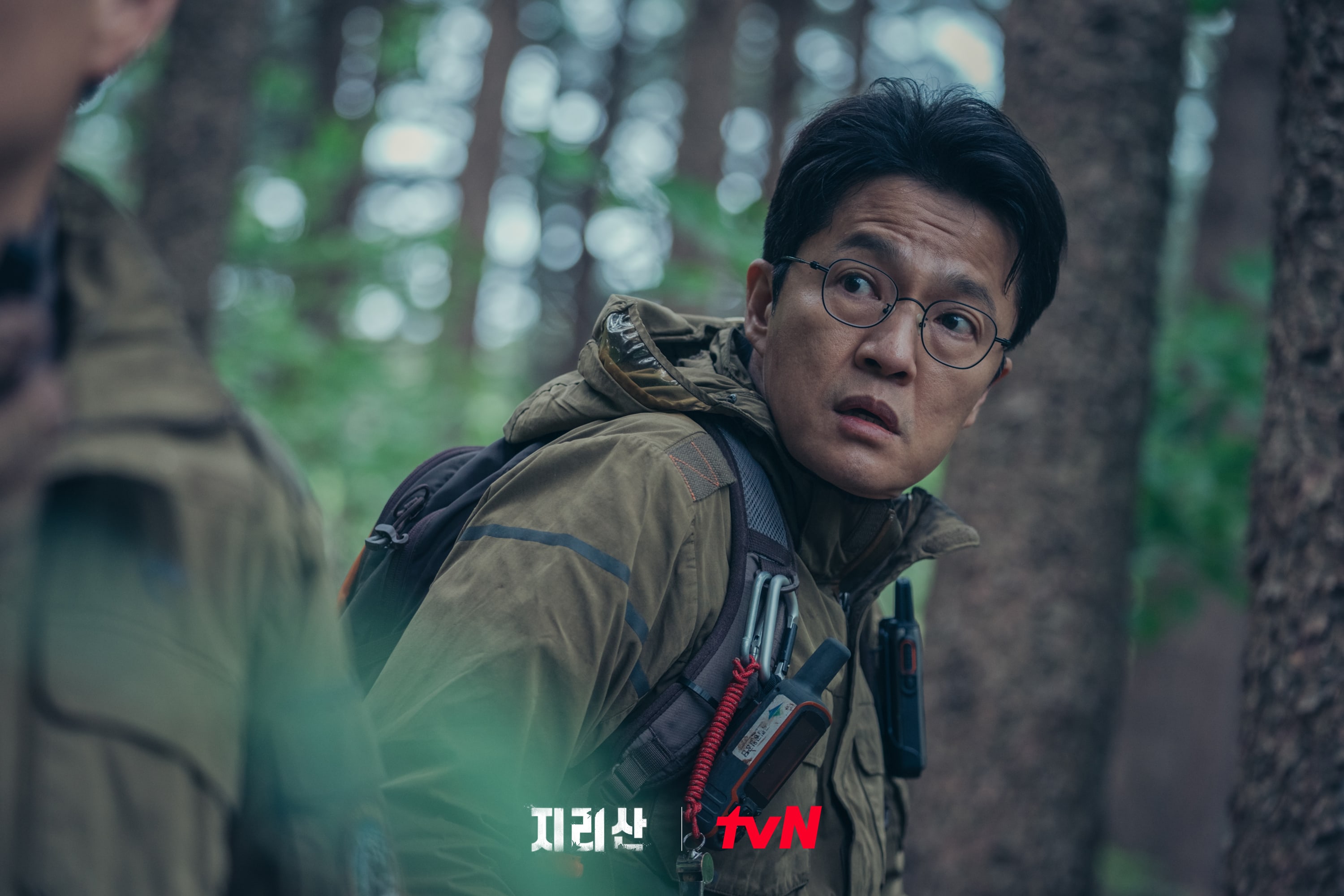 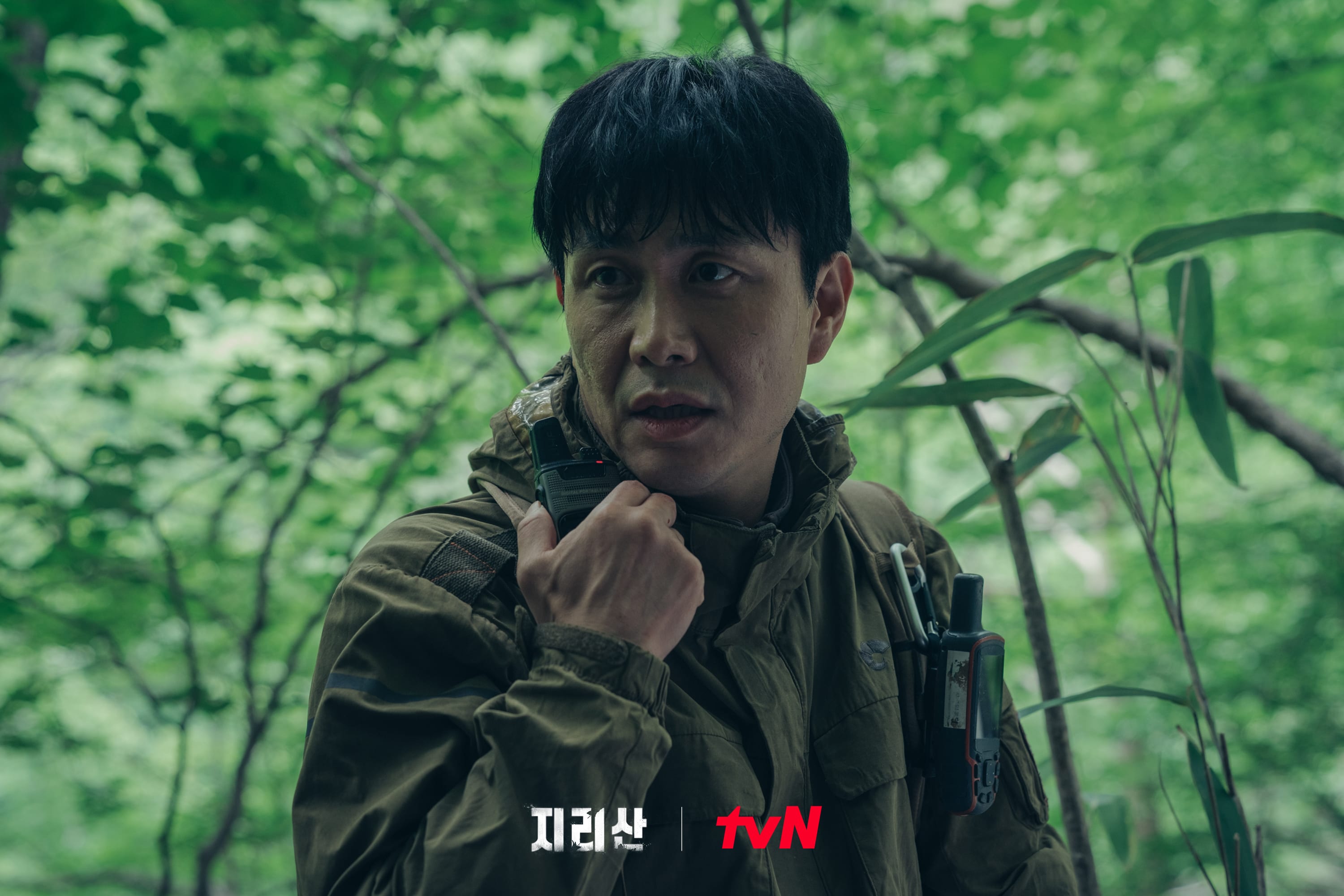