On the December 5 episode of SBS’s “Running Man,” Yoo Jae Suk shared a conversation he recently had with actress Yoon Eun Hye.

One of the missions in this episode was to talk about someone in front of them while they were wearing headphones. When it was Kim Jong Kook’s turn to wear headphones, Yoo Jae Suk brought up Yoon Eun Hye. Yoo Jae Suk often teases Kim Jong Kook about his former “love line” with Yoon Eun Hye on “X-Man,” and also his more recent “love line” with Song Ji Hyo on “Running Man.” 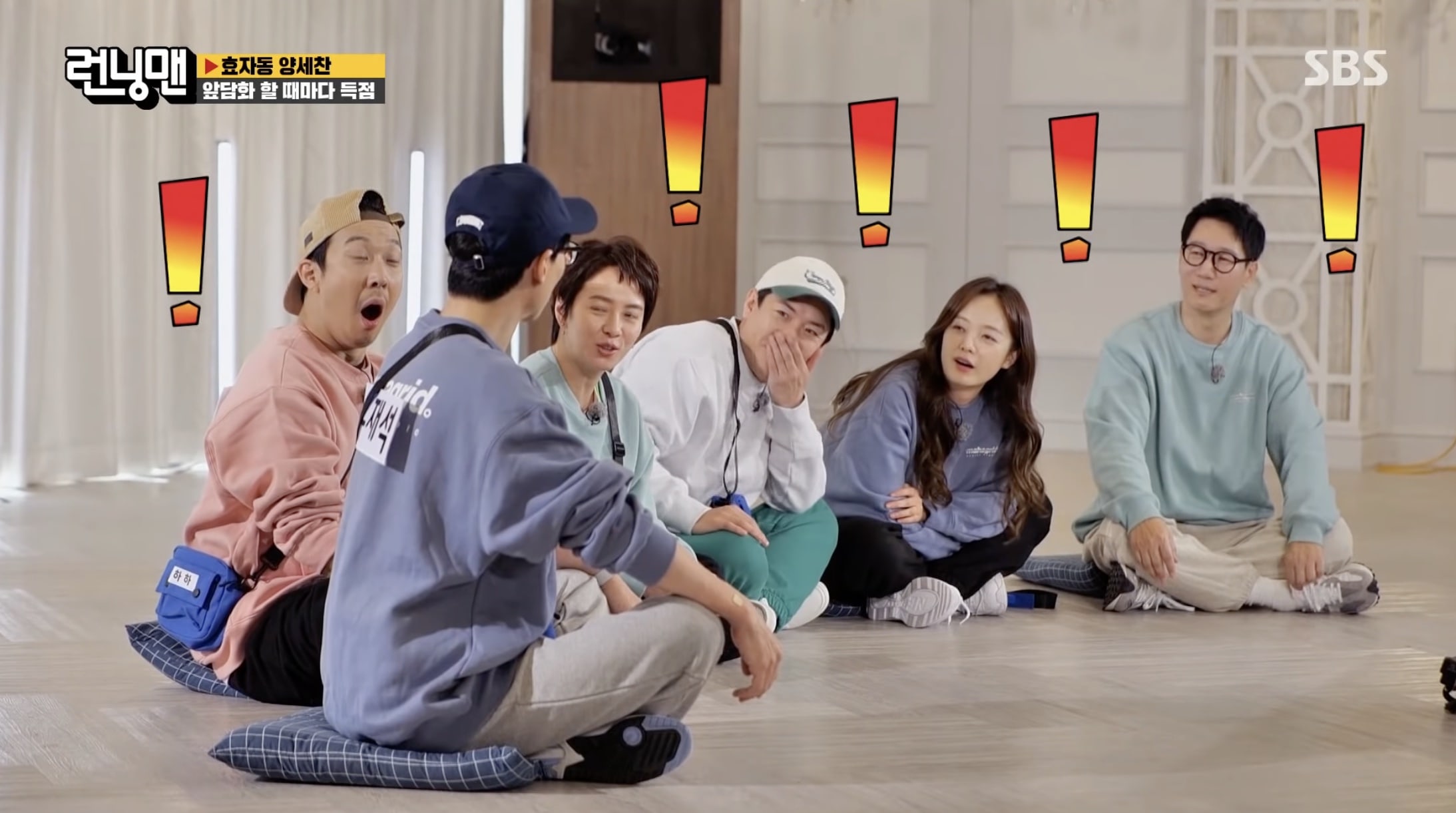 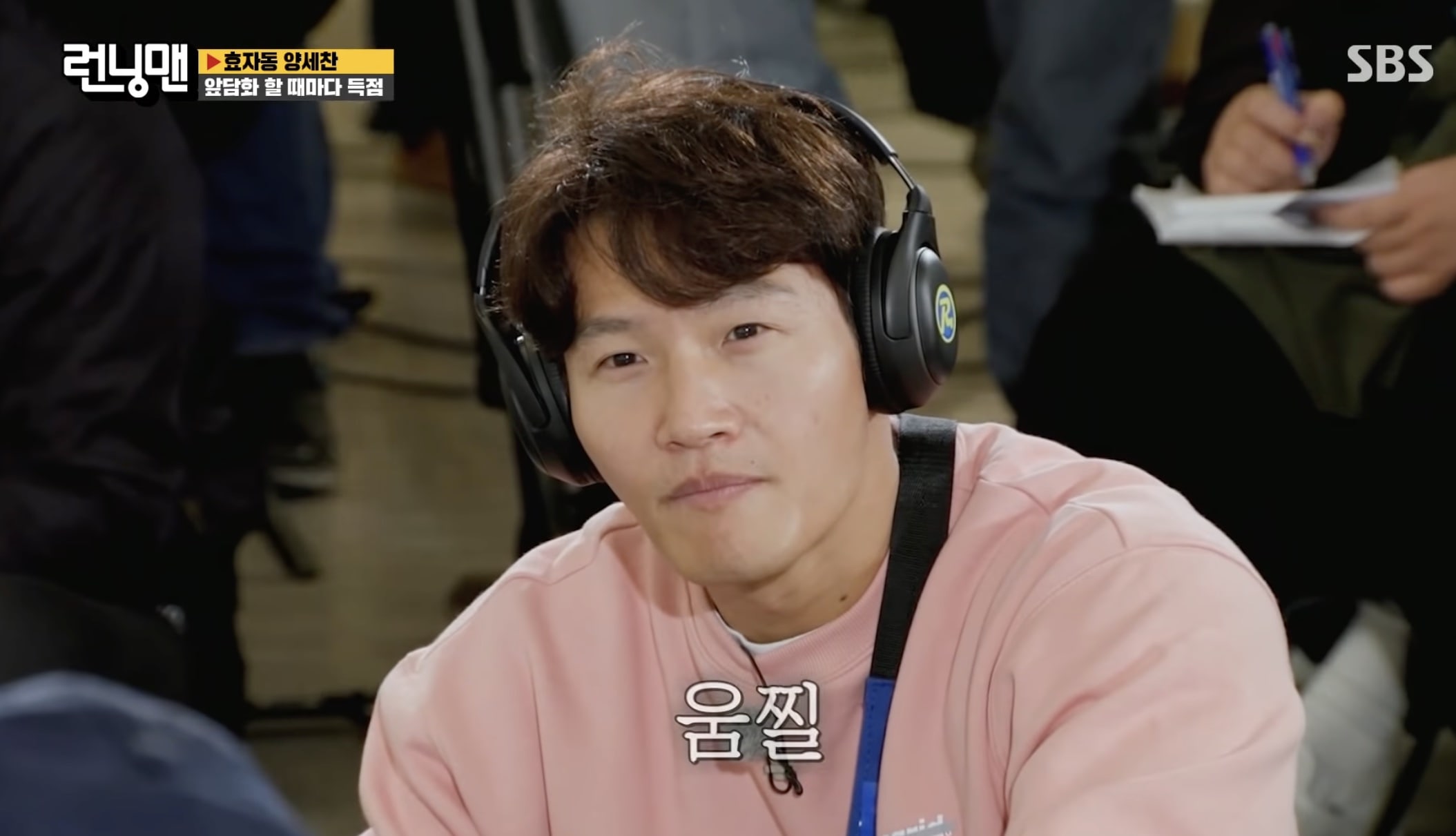 While Kim Jong Kook was wearing headphones, Yoo Jae Suk said, “I got a text from Eun Hye. I debated whether or not I should call her, but I eventually called her.” The members checked to see whether Kim Jong Kook could hear, and Song Ji Hyo asked him, “Do you like me or do you like Yoon Eun Hye?” 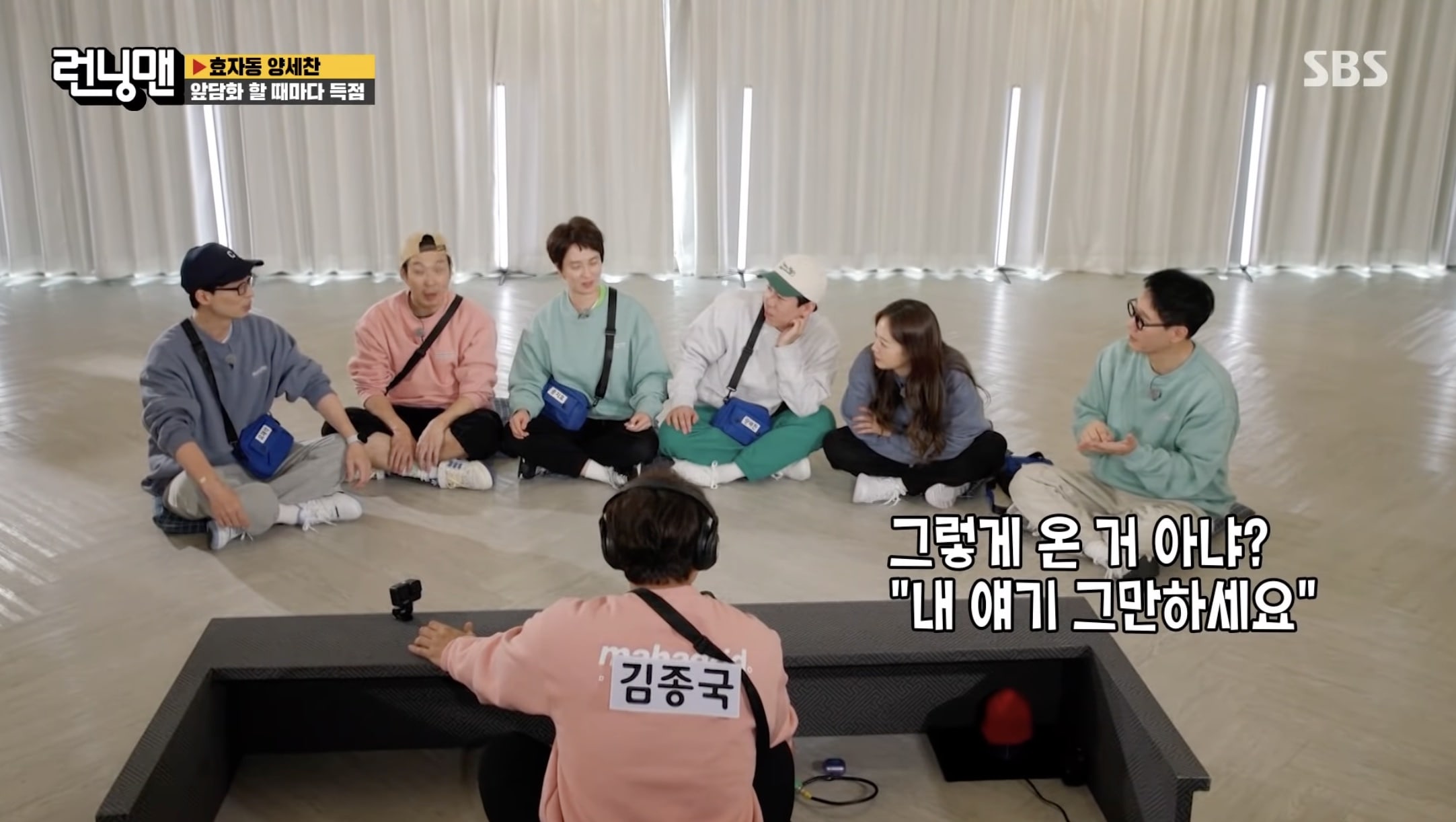 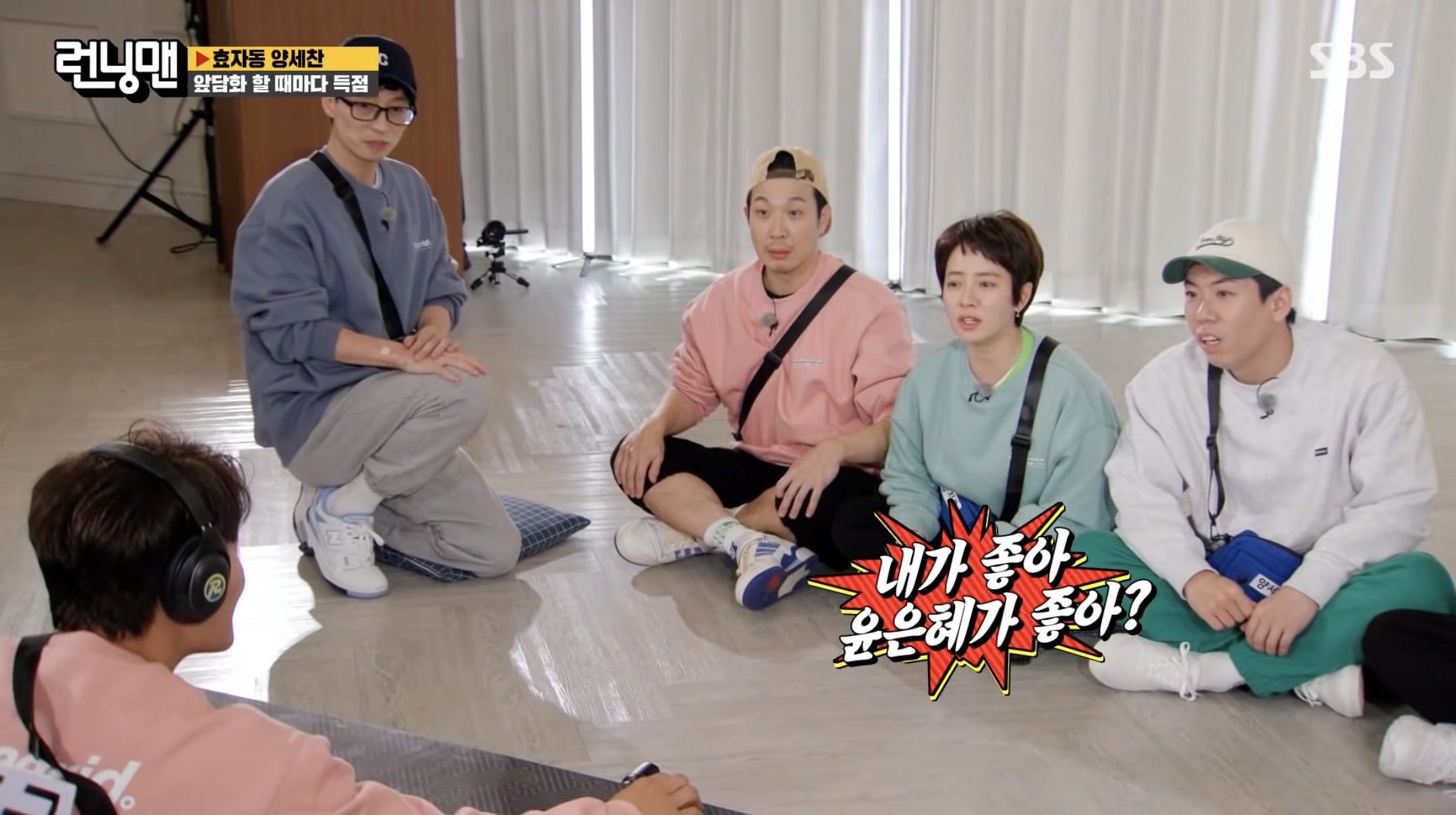 Kim Jong Kook had paused the music early in the game, overhearing their entire conversation, and said to Yoo Jae Suk, “Don’t talk about this stuff on TV.”

In response to his scolding, Yoo Jae Suk pretended he was in trouble in the military and said, “I will erase her phone number, sir. We haven’t talked since then, sir. I was glad to talk to her for the first time in a while, so we talked about stuff like that. I apologized to her and she said it was all right, sir.” 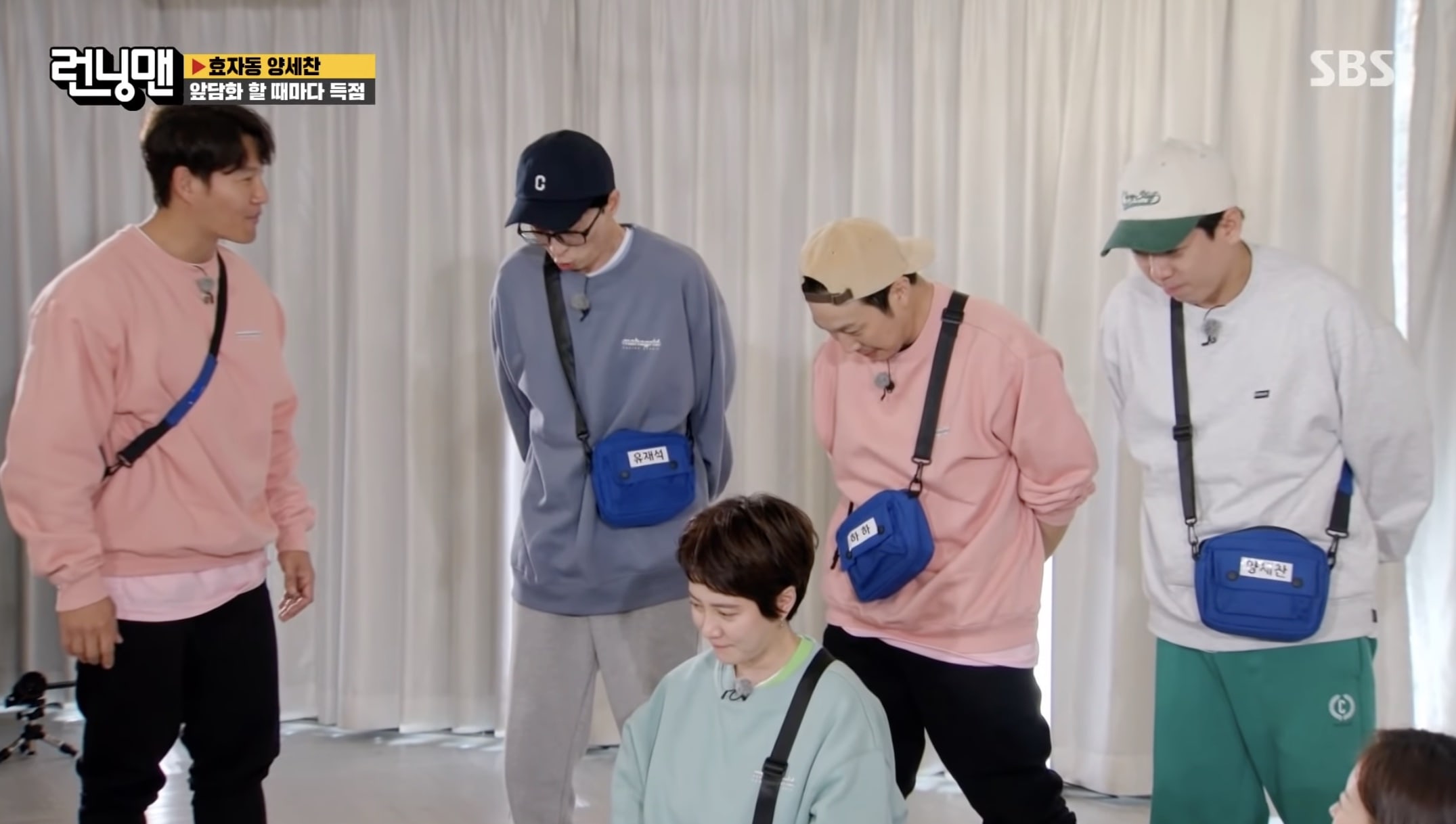