The lineup has been revealed for HYBE’s year-end concert!

On December 7, it was announced that 2022 Weverse Con [New Era] will be held at 9 p.m. KST on December 31 at KINTEX Hall. The concert will be held with an offline audience but will also be streamed online for fans around the world.

This year’s lineup includes HYBE Labels artists BUMZU, Dvwn, ENHYPEN, fromis_9, Justin Bieber, Lee Hyun, SEVENTEEN, and TXT. Justin Bieber will not be present at the actual venue but will showcase a performance virtually for global fans. For SEVENTEEN, members Jun and The8 will not be participating due to their activities in China and Korean self-quarantine regulations.

As BTS is on an extended break, they will not be joining this year’s concert. 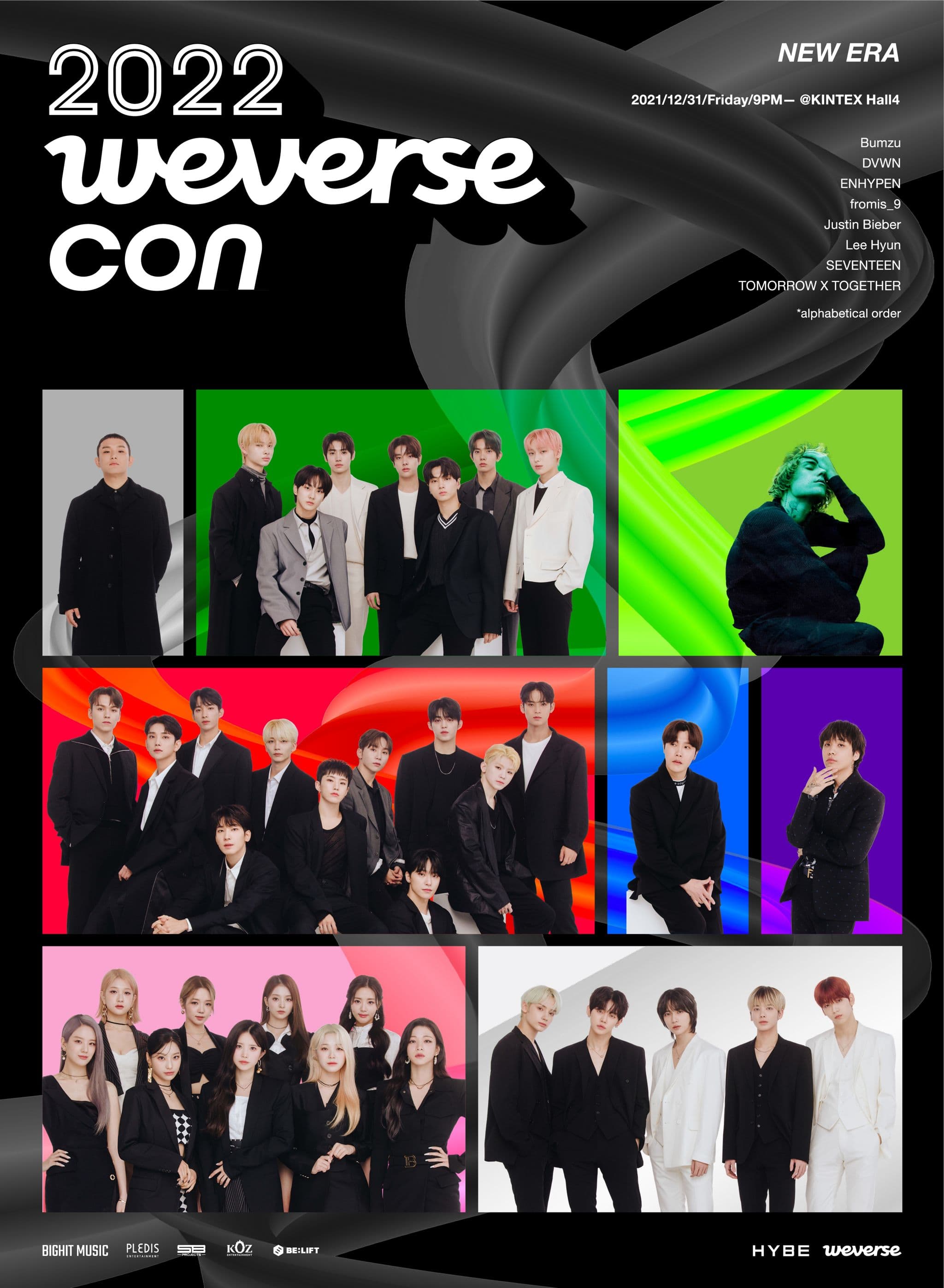 Online streaming tickets will be available starting on December 9 at 4 p.m. KST via Weverse Shop.