Jisoo Talks About Working With Jung Hae In For “Snowdrop,” Support From BLACKPINK, And More

Jisoo shared, “Young Ro, the character I’ve taken on, is very charming. She’s a figure who has just turned 20, but the power she has to draw people in has been passed on to me. The way she gradually matures even though she’s still learning is really cool.” On similarities with her character, Jisoo revealed, “It’s the aspect of delivering bright energy to people and putting in effort so that everyone can get along well.”

Young Ro is a cheerful student who brightens the atmosphere at Hosu Women’s University dorm No. 207. She goes with her roommate to a blind date within the dorms and falls in love with Su Ho at first sight. 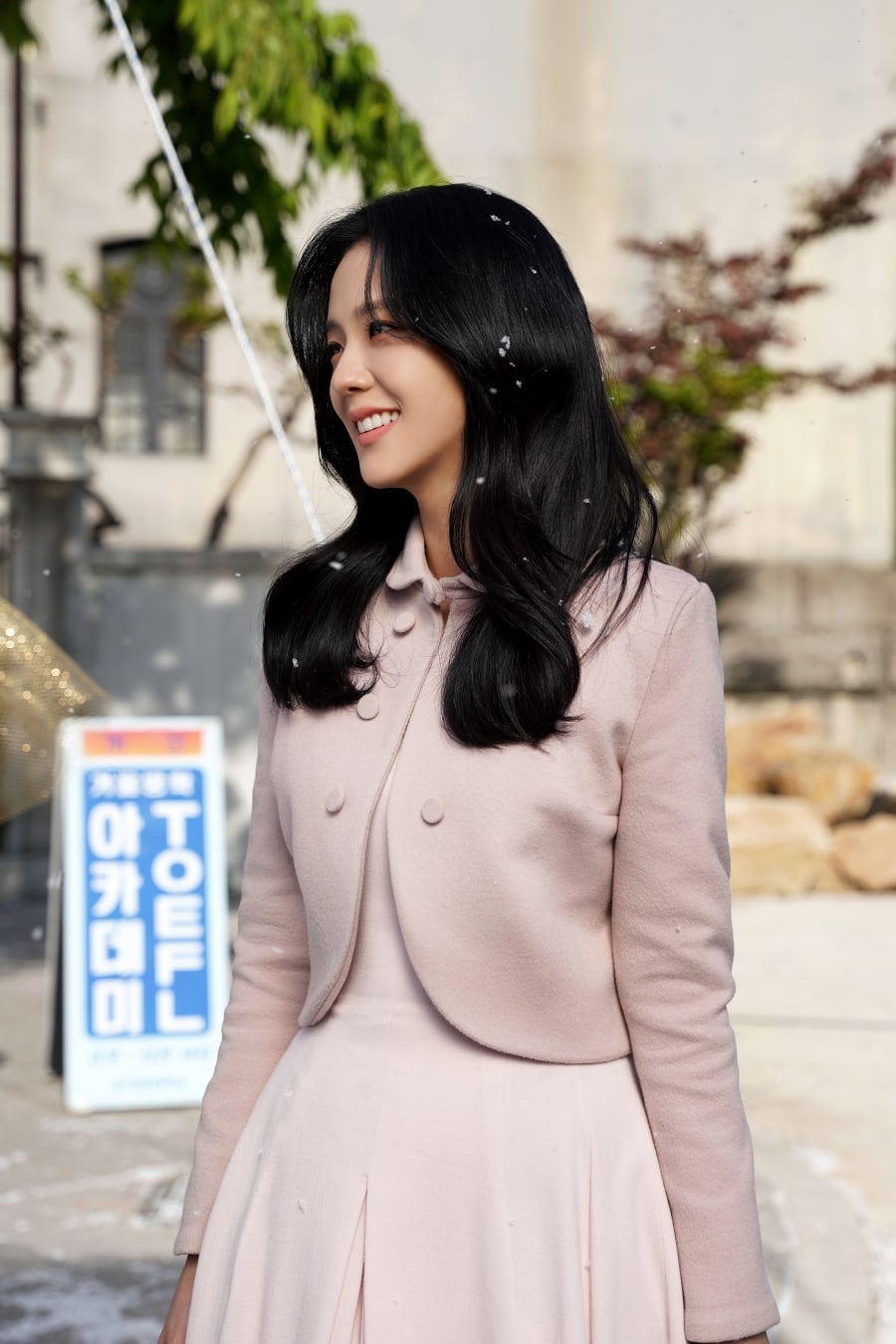 Jisoo shared, “While filming, I put in effort to think like Young Ro and to act like Young Ro. The most memorable moment was talking endlessly with director Jo Hyun Tak about Young Ro. I prepared while continuously thinking about what Young Ro means to Su Ho in order to not forget it.”

Regarding what it’s like on set, Jisoo revealed, “I got really close to everyone while filming, so it really felt like I was living in the dorms. In particular, I met up with the friends I’m rooming with since before the broadcast in order to get closer while practicing and hanging out together, so it was fun making the drama together.”

The actress also touched upon her chemistry with Jung Hae In. She shared, “It’s really lucky for me that Jung Hae In is the first actor I’m starring opposite of. From the first shoot to the last, he monitored the scenes with me, and he was reliable because he led [the set] and listened well to my concerns about the role. I think his greatest charm is that he listens carefully and sincerely thinks over everyone’s concerns.”

Jisoo also revealed how the BLACKPINK members reacted to her drama. She explained, “They sent word that they’ll definitely be tuning in. Since the members supported me and expressed curiosity, I also gained strength and was able to work harder on filming.”

Regarding points to look out for in the drama, Jisoo picked the beautiful shots made by the director and staff, the stories of the diverse figures in “Snowdrop,” and the well-suited music that will play with perfect timing.

On the changes she experienced after filming “Snowdrop,” Jisoo revealed, “I feel that the diverse emotions I normally didn’t experience have broadened. As Young Ro matured, I felt like I also matured one step further. I won’t be able to forget this experience in which many people gathered their strength together to complete [the drama].”

While waiting, watch “SKY Castle,” also by the “Snowdrop” creators:

BLACKPINK
Jisoo (BLACKPINK)
Snowdrop
How does this article make you feel?