SBS has unveiled a teaser poster for its new drama “Through the Darkness”!

“Through the Darkness” is based on a book of the same name that was co-penned by Kwon Il Yong and Go Na Moo. It will tell the story of South Korea’s first criminal profiler as he struggles to look inside and read the hearts of serial killers during a time when the word “profiling” did not exist.

Kim Nam Gil will play the profiler Song Ha Young of the Seoul Metropolitan Police Agency’s Scientific Investigation of Criminal Behavior Analysis team. Although Song Ha Young appears to lack emotions, he’s a figure who reads more deeply into humans than anyone else.

In the new teaser poster that reflects the overall mood of the drama, Song Ha Young is standing alone on an endless spiral staircase. He’s expressionless as if his feelings have disappeared, but his lonely eyes look sharp enough to penetrate everything. The text on the poster reads, “Why did you think they were not the criminal?” However, the word “not” is scribbled out, piquing curiosity about the deep meaning behind that question. 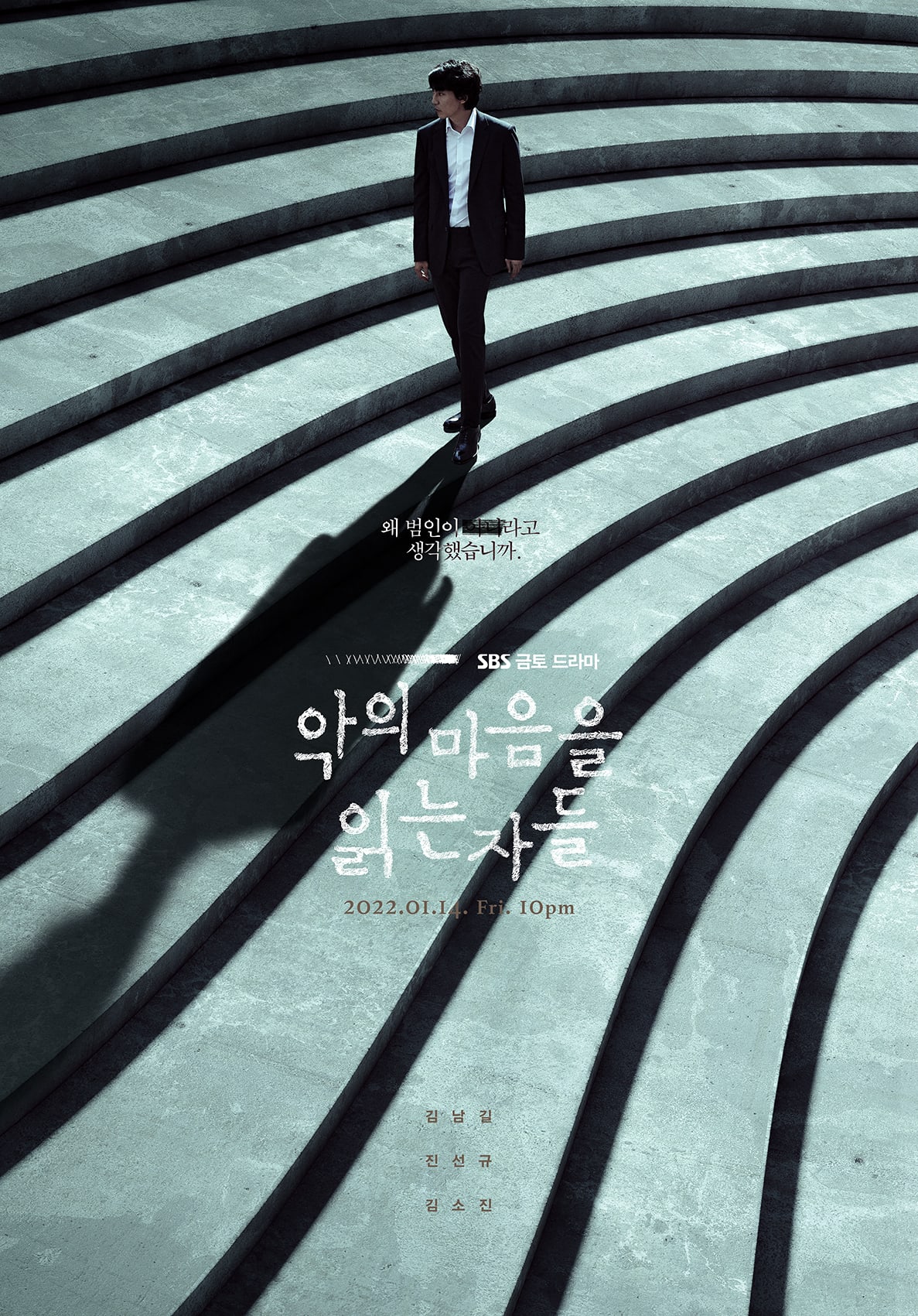 “Through the Darkness” will premiere on January 14 after “Now We Are Breaking Up.”

While you’re waiting, check out Kim Nam Gil in “The Fiery Priest“: