Hyeri Talks About Starring In Her First Historical Drama, Working With Yoo Seung Ho, And More

In KBS2’s “Moonshine,” Hyeri portrays Kang Ro Seo, a struggling aristocrat who starts illegally making alcohol in order to support her family. The drama is set during the period of the Joseon era when prohibition laws were at their strongest and also stars Yoo Seung Ho as Nam Young, Joseon’s greatest inspector who is known for living a very principled life.

On what drew her to the drama, Hyeri commented, “Seeing the plot of prohibition in the Joseon era in a KBS historical drama felt new, and I thought that it’d become a unique drama. I was drawn to Kang Ro Seo, the role I play, because although she’s living in the Joseon era, her values are clear and her inner self is strong, just like youth these days.” Hyeri added, “Through this project, I’m greeting you for the first time with a KBS drama. I’m happy to be able to make my first attempt at the historical genre with a trustworthy KBS historical drama.”

Hyeri also explained her similarities to Kang Ro Seo, sharing, “Typically, my personality is very sensitive, but if it’s a big deal, I’m more calm and rational. Ro Seo is similar in that aspect. While I ponder a lot, once I make my decision, I’m not swayed by other circumstances, and I’m the style to go in head-first, which I think she’s similar to.”

To further describe Kang Ro Seo, Hyeri picked strength, intelligence, and loyalty as three keywords to best introduce her. She explained, “Ro Seo is a strong character who works to survive through any situation to the point of making and selling alcohol during a period of prohibition. In addition, she is an intelligent character with wits even through crises, and she also remains loyal to protecting her people no matter what.” 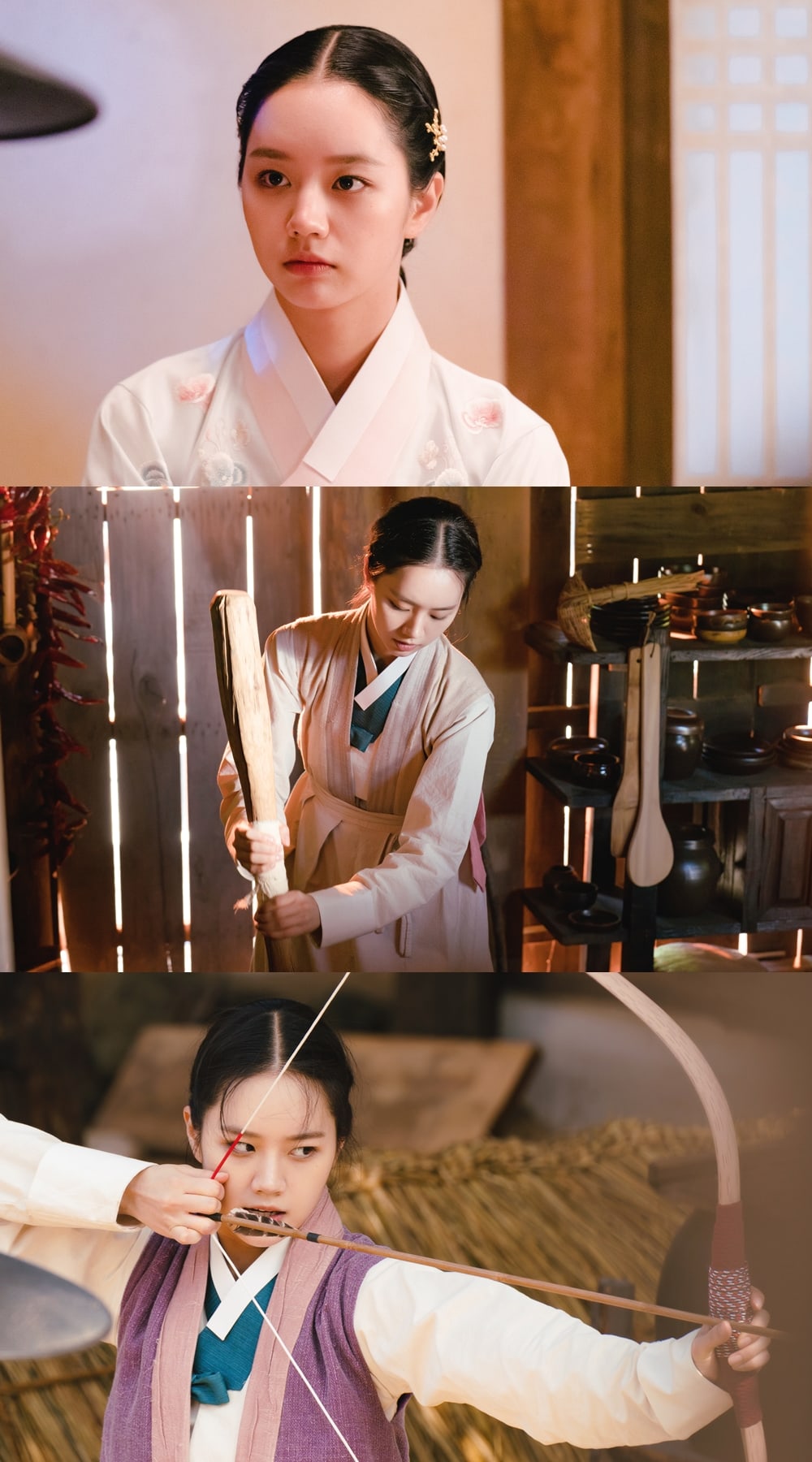 Hyeri also spoke about her co-star Yoo Seung Ho, commenting, “Since he is a senior who has previously done so many historical projects, I felt reassured before filming. Even after filming began, just having Yoo Seung Ho by my side felt like I gained a reference book.”

She added, “I think Yoo Seung Ho’s synchronization with Nam Young is 120 percent. I felt that Yoo Seung Ho is really exemplary and well-mannered like Nam Young, so I thought that I have a lot to learn from [Yoo Seung Ho] aside from acting.”

Regarding her chemistry with co-stars Byun Woo Seok and Kang Mina who play Lee Pyo and Ae Jin, Hyeri shared, “I met Byun Woo Seok for the first time through this drama, but since he’s so sociable, we quickly became close in a short period of time. On set, we would talk a lot about our concerns, so I think we were good for each other in real life, just like Lee Pyo and Ro Seo.”

She continued, “Although Kang Mina is young, she has a very mature side. It was impressive to see her always thinking about and studying her role. In the beginning, we don’t have a lot of screen time together, but as we move to the middle and end, you’ll be able to see Ro Seo and Ae Jin’s chemistry!”

For the most memorable scene, Hyeri shared, “There’s a scene in episode 2 where Ro Seo talks about alcohol and asks, ‘Why is alcohol bad?’ It felt like that line was explaining the message of what this drama wants to say so it was the most memorable. Once viewers watch that scene and see more of the drama, they’ll know what it feels like.”

Lastly, Hyeri explained what kind of drama she hopes “Moonshine” is remembered as. She commented, “These days, due to the virus, I think there are a lot of difficulties, obviously like outings and many other aspects. ‘Moonshine’ is a drama that captures the growth process of four youths who each live with the difficulties of the Joseon era. I hope the main characters’ stories overflowing with love, friendship, and loyalty are comforting and moving for viewers. Please look forward to and give lots of attention to ‘Moonshine,’ which will last as a warm memory during a difficult time.”

In the meantime, watch Hyeri in “My Roommate is a Gumiho” below!