The video begins with Taecyeon teaching Kim Hye Yoon the choreography to 2PM’s “My House.” Kim Hye Yoon struggles to get the steps right, saying, “This is hard.”

The cast members are seen playing a board game together before filming the next scene. Kim Hye Yoon looks excited as Taecyeon loses the game. 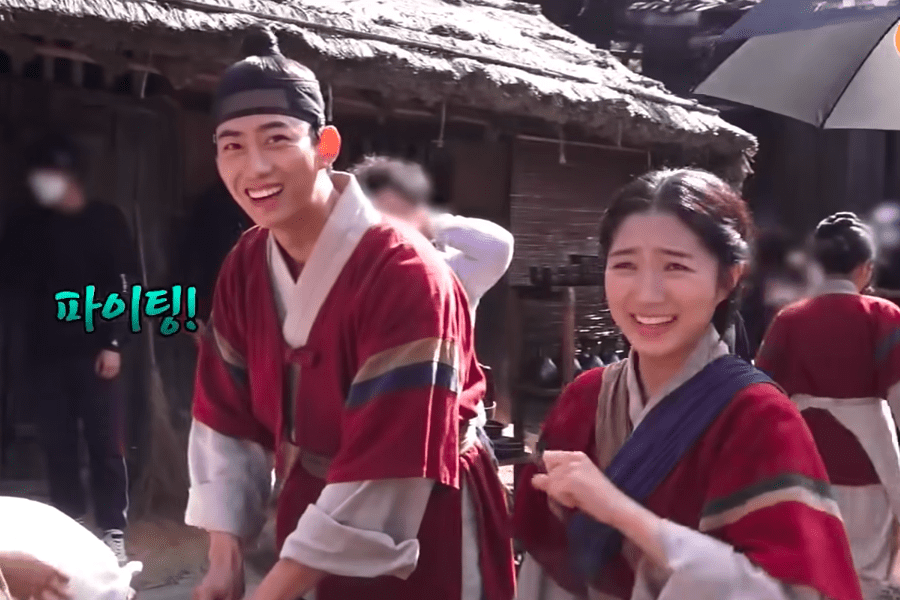 They continued to banter back and forth throughout the whole video, showing off their comedic chemistry .