MBC’s hit drama “The Red Sleeve” has entered the second half of its run!

Here are four key points to look forward to in the upcoming episodes:

The succession of power has become a hot topic as King Yeongjo (played by Lee Deok Hwa) struggles with dementia. With the opposition setting their sights on taking down Yi San, the conflict over the throne has been raising the tension in the palace. Viewers will also be able to look forward to watching Yi San and Seong Deok Im working together to overcome all sorts of obstacles and moments of crisis.

2. Yi San as king and his desire to achieve what he wants

Yi San has always placed his goal of becoming king as his top priority. He has restrained himself from doing the things he wanted, including resisting the desire to become closer to Seong Deok Im.

In the second half of the drama, Yi San will no longer need to hide this desire, and he will do everything he can do keep Seong Deok Im by his side. As king, Yi San will pursue Seong Deok Im as a man with a burning desire, raising anticipation for the story of their long-awaited romance.

4. Hong Deok Ro and his lust for power

Viewers can look forward to seeing how Hong Deok Ro (played by Kang Hoon)’s story will end as he attempts to attain power by placing his sister as Yi San’s concubine. Hong Deok Ro constantly keeps tabs on Yi San’s affection towards Seong Deok Im, and he crosses the line to achieve his desires and even violates orders from Yi San. Curiosity is mounting over how his relationship with Yi San will turn out when the latter becomes king. 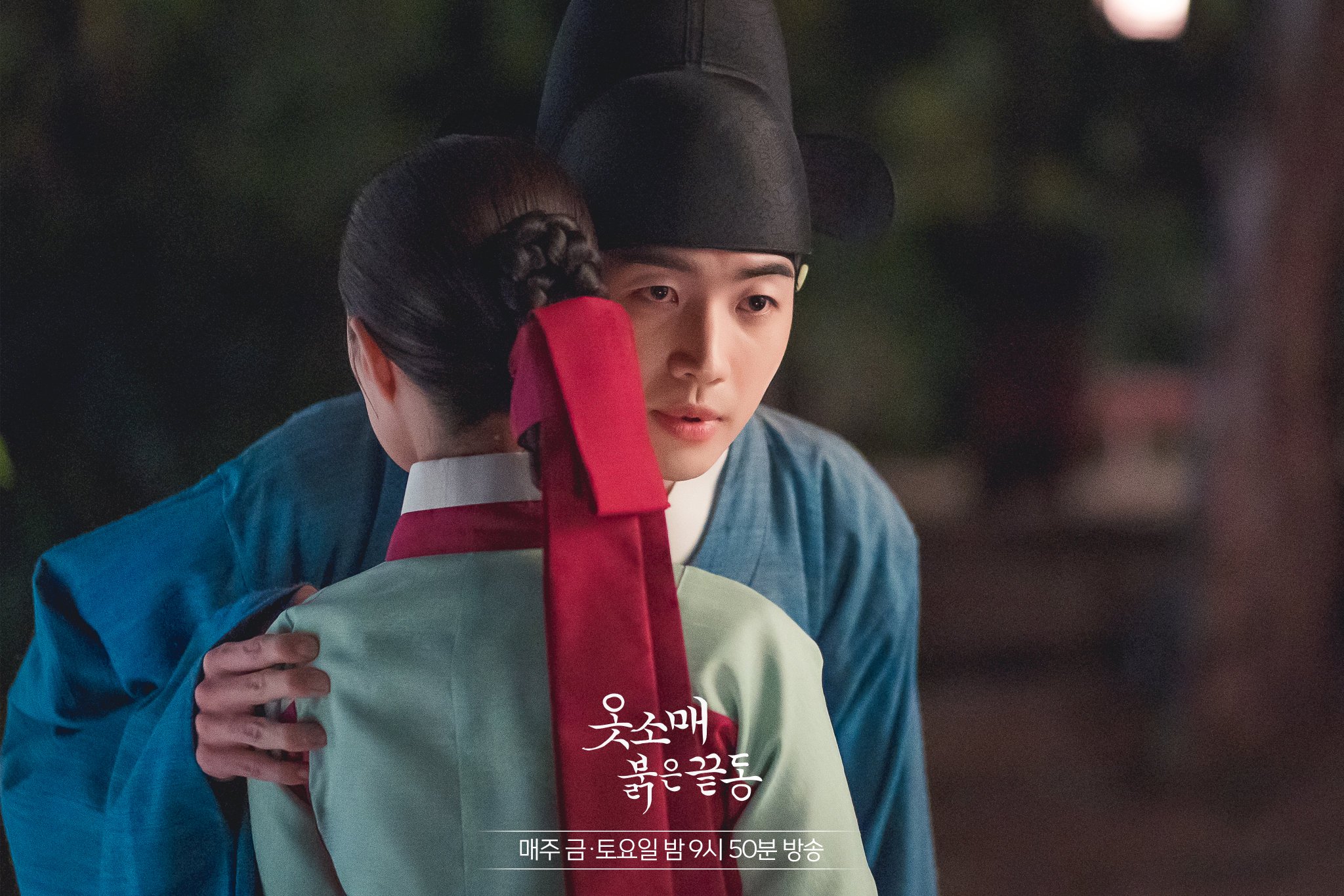 Commenting on the second half of the drama as well as the decision to extend the drama by one episode, Lee Junho said, “I will do my best until the end to repay the viewers for supporting us. Thank you so much for all the love you’ve been showing us.”

Lee Se Young added, “I’d like to thank the viewers once again for all the love and support.”

The production staff also remarked, “We have a wide variety of stories prepared for the second half of the drama, including the romance between [Yi San and Seong Deok Im]. Please look forward to the second half of the ‘The Red Sleeve,’ which will feature even more dynamic storytelling and an explosive romance.”