Bomin stars in the drama as class president Kim Ho In, who is in the same class as Goo Ae Jin, while PENTAGON‘s Hongseok plays idol trainee Lee Jin Sung, who is her only friend at school. Heo Jung Hee plays Yang Ha Neul, who has a complicated relationship with Goo Ae Jin as both her bully at school and her online best friend.

Previously on “Shadow Beauty,” Goo Ae Jin rapidly grew closer with Kim Ho In after he discovered her shocking secret. However, Kim Ho In wasn’t the only one who noticed something amiss: at the end of the drama’s latest episode, Yang Ha Neul began to suspect that Goo Ae Jin might be the same person as Genie.

Amidst the rising tensions between the three characters, newly released stills from the drama capture the stark contrast between the way Kim Ho In behaves around Goo Ae Jin compared to his girlfriend Yang Ha Neul. Intrigued by Goo Ae Jin and her double life, Kim Ho In has become completely fascinated with the introverted student—to the point where it’s nearing an obsession. When he’s with her, he gives her his undivided attention: even when she’s lost in her thoughts, he watches her closely with a sympathetic gaze. 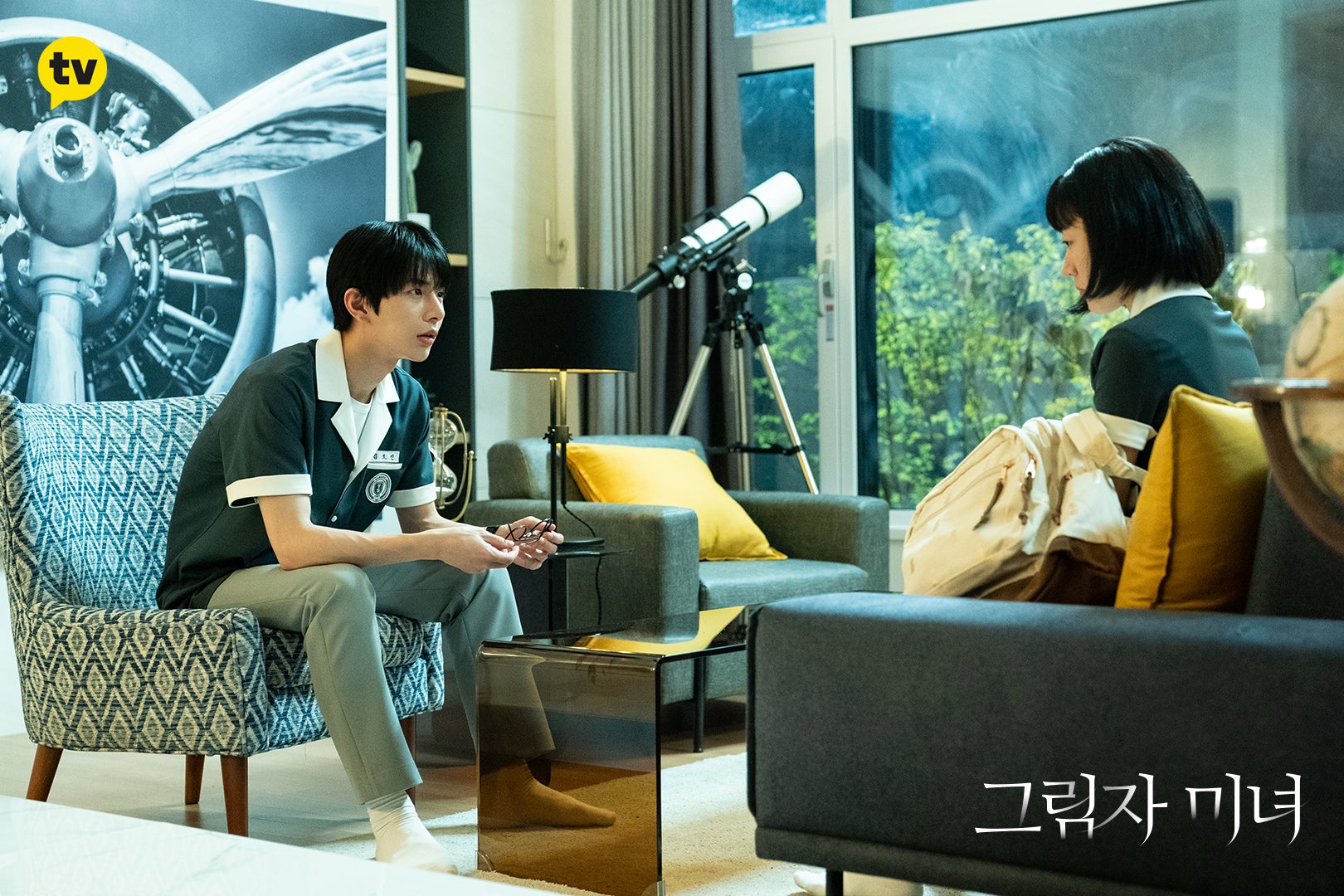 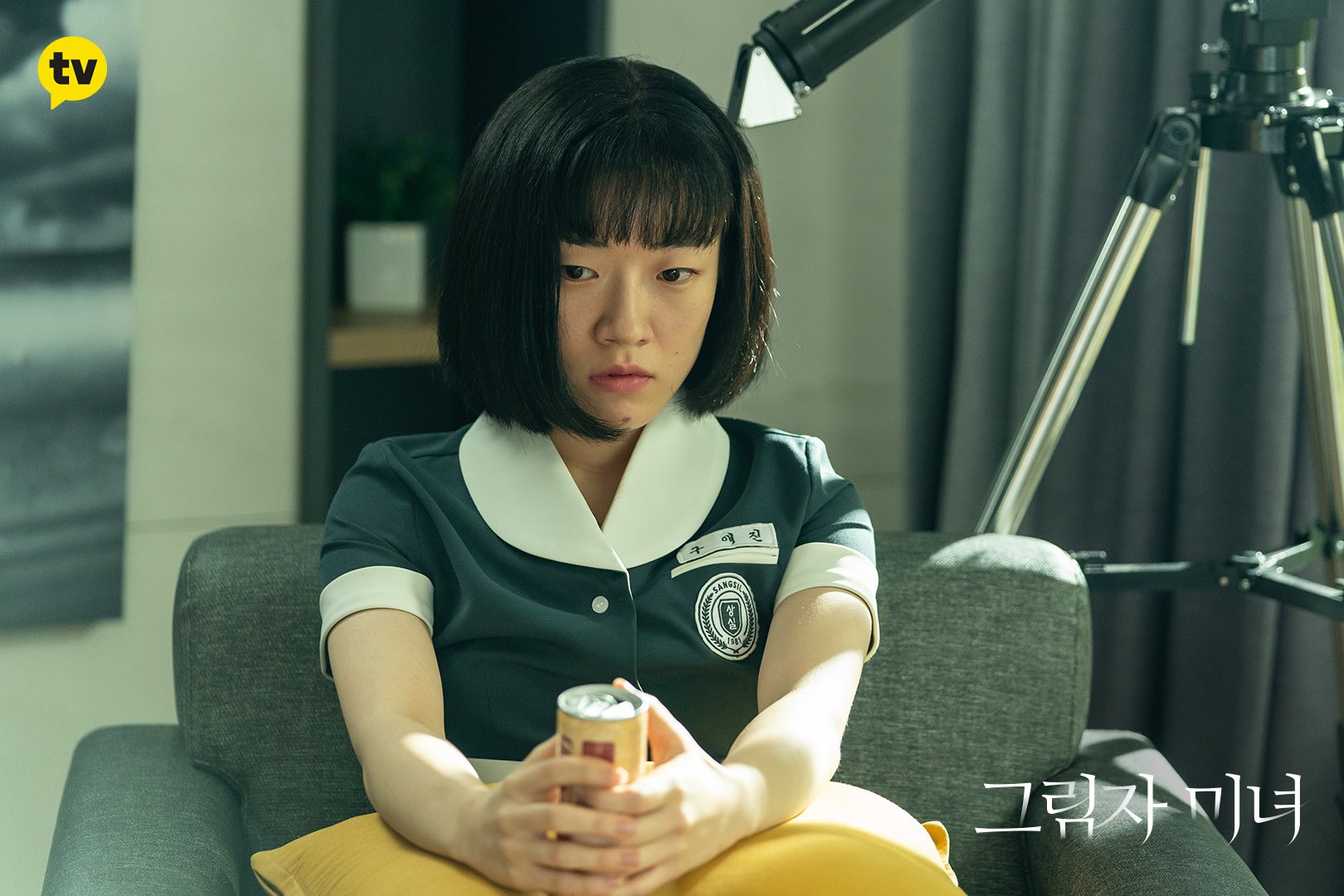 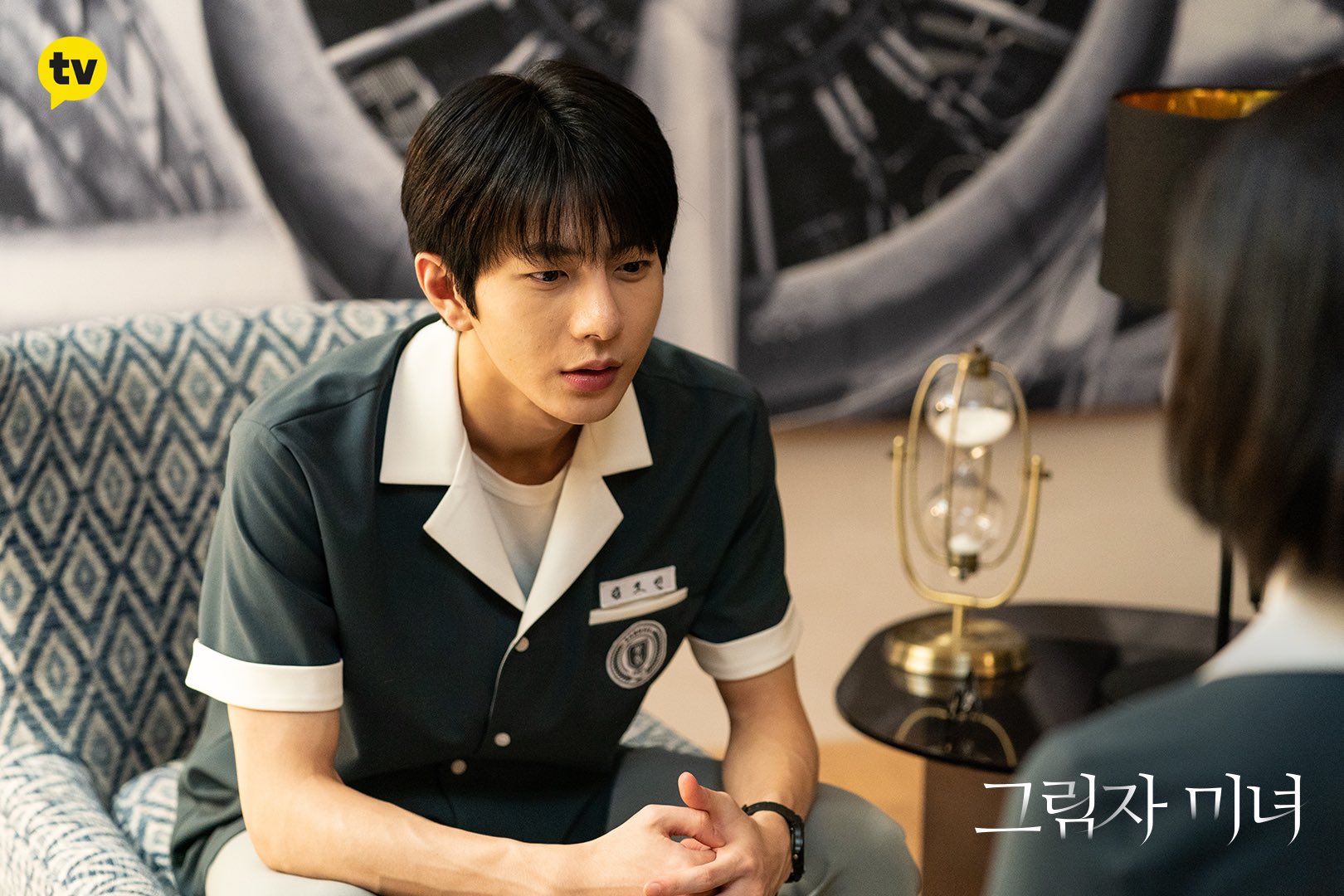 On the other hand, when Kim Ho In is with Yang Ha Neul, his demeanor turns ice-cold. Keeping his eyes glued to his phone screen, he barely even spares his girlfriend a second glance as she walks away from him with a wounded expression. However, because she has such strong feelings for Kim Ho In, Yang Ha Neul is unable to do anything but silently endure his frosty behavior.

The 180-degree difference between these two polar-opposite sides of Kim Ho In begs the question: which is the real Kim Ho In? And what is this mysterious character really like on the inside? 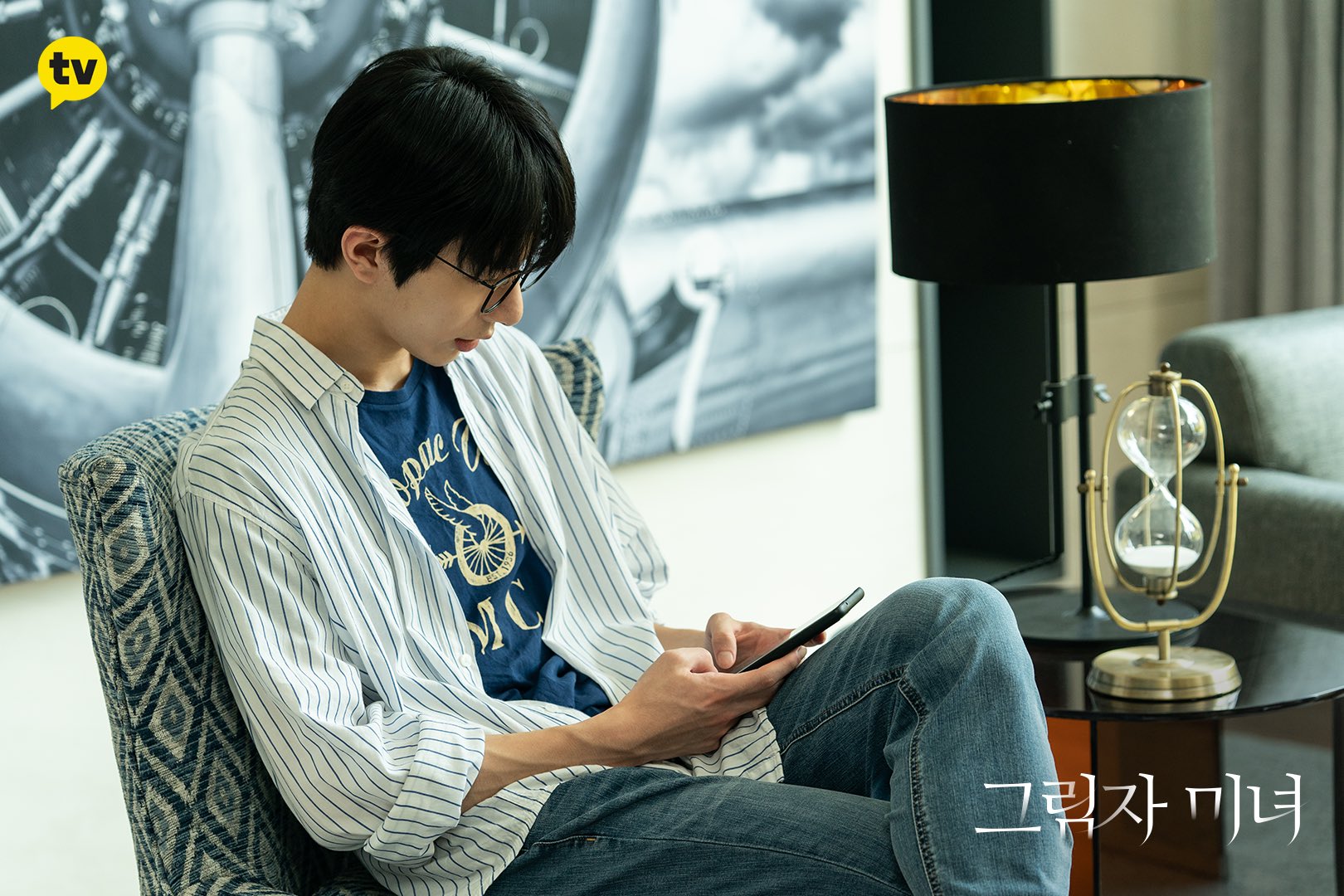 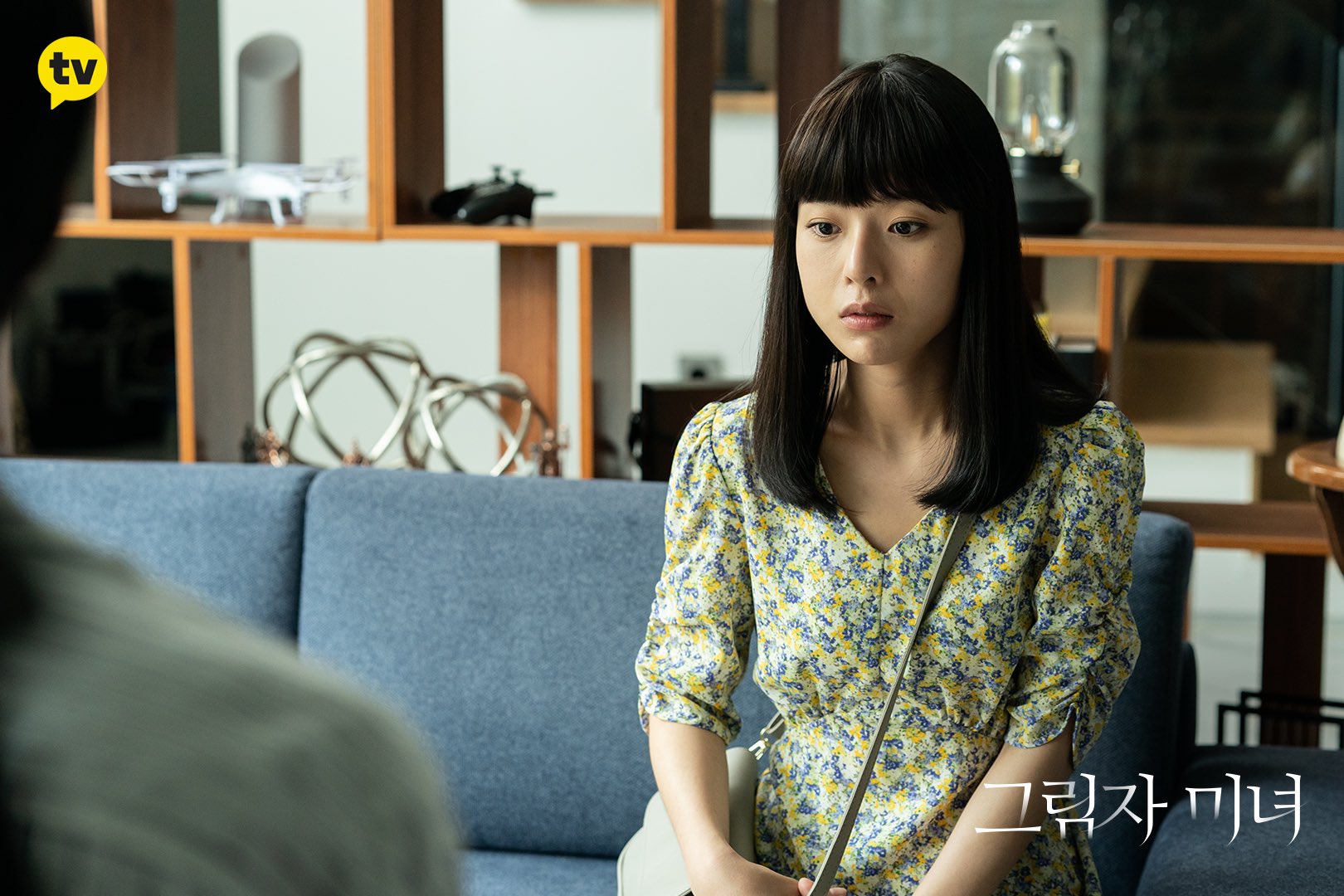 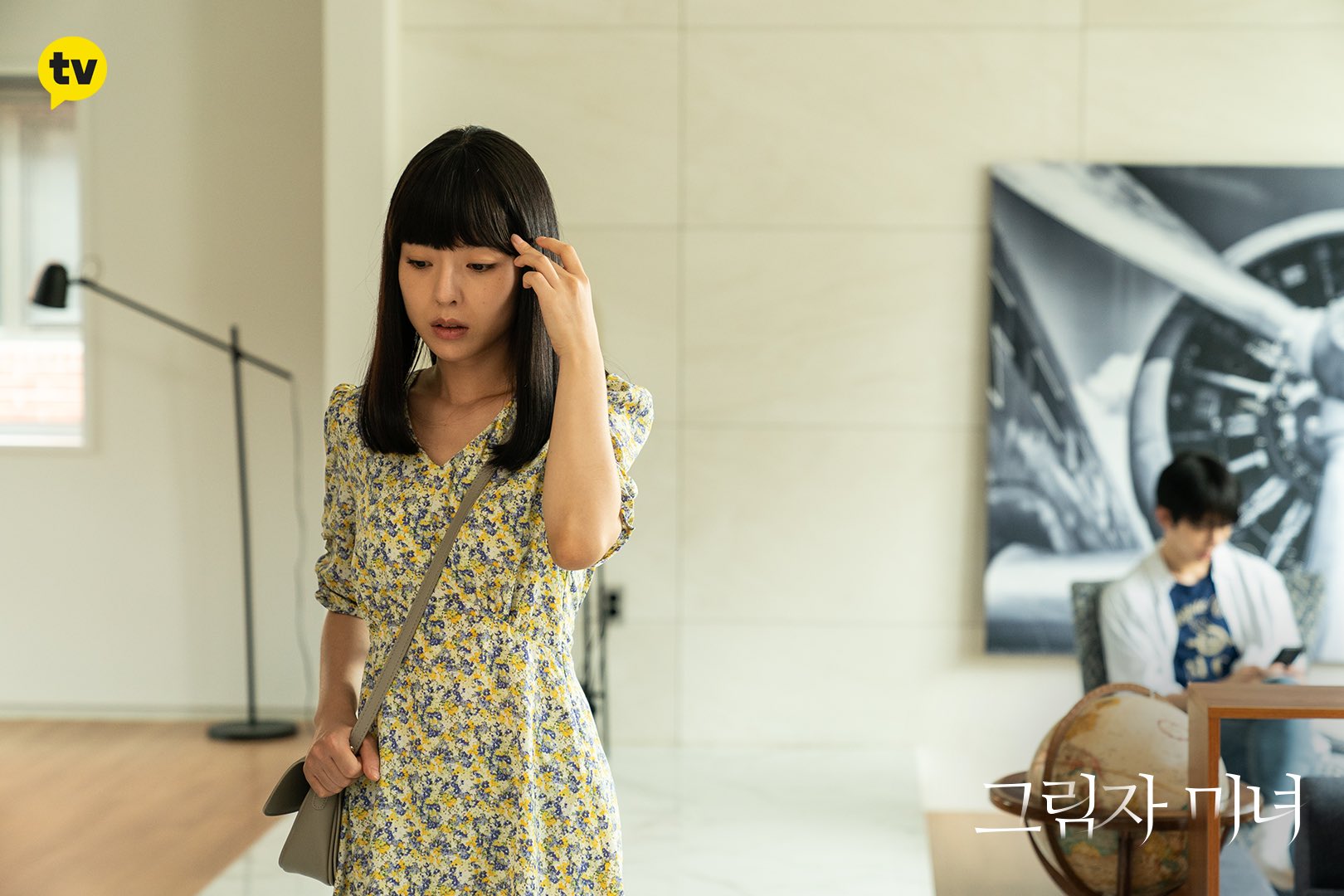 To find out what unfolds between this awkwardly entangled trio, tune in to the next episode of “Shadow Beauty” on December 11 at 8 p.m. KST!