Will Han Hyo Joo and Park Hyung Sik have a happy ending in tvN’s “Happiness”?

The previous episode showed apartment 101 turning into chaos itself. Oh Joo Hyung (Baek Hyun Jin) and Oh Yeon Ok (Bae Hae Sun) used the murderer Andrew (Lee Joo Seung) for their own selfish goals. This added a layer of terror to the scene, and although some residents were seen struggling between right and wrong, most of them abandoned the last of their conscience to survive. Meanwhile, Yoon Sae Bom was able to escape the building at the expense of Jung Yi Hyun. Viewers were heartbroken when she broke into tears while watching his video message containing his confession, and curiosity is soaring over their fate.

On December 11, “Happiness” released new stills ahead of the grand finale. Yoon Sae Bom has re-entered the apartment, and this time, she’s armed and ready. She’s on her toes as she delves deeper into the building, and her gaze remains sharp and tense as she keeps an eye out for anything suspicious. In one photo, Oh Yeon Ok looks completely engulfed in fear, raising questions about what happened in the apartment while Yoon Sae Bom was gone. 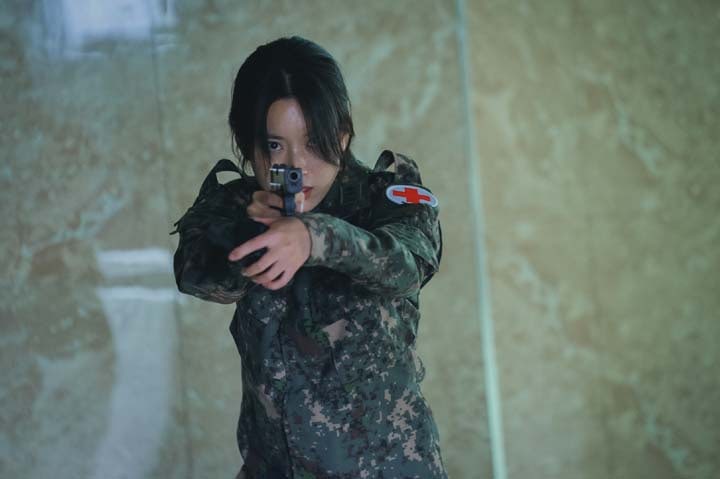 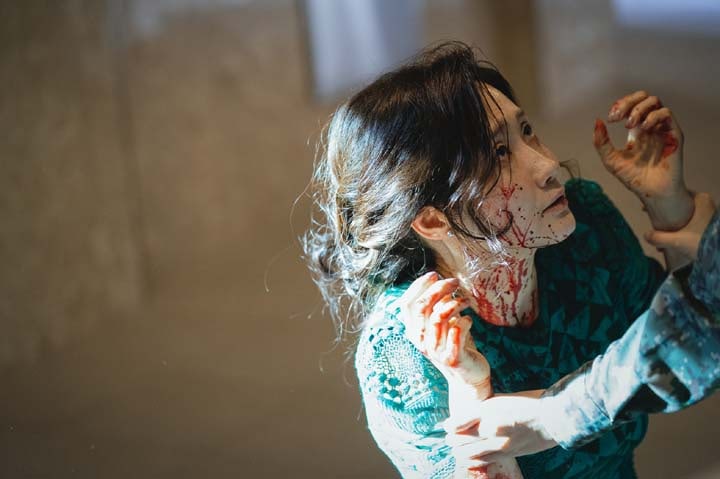 The producers teased, “The shocking truth of the infectious disease situation, including the treatment, will be revealed. The final episode will be filled with suffocating tension and lingering feelings. Please keep an eye on the reunion of Yoon Sae Bom and Jung Yi Hyun, who got split up during a crisis, and the conclusion of the residents of apartment 101 who were engrossed in madness.”