Helmed by the director and writer of JTBC’s smash hit “SKY Castle,” “Snowdrop” is a new drama set in Seoul in 1987. The drama will tell the love story of Su Ho, a student at a prestigious university who suddenly rushes into a women’s university dorm covered in blood one day (played by Jung Hae In), and Young Ro, a student at the women’s university who hides him and takes care of his wounds even while facing danger under close surveillance (played by BLACKPINK‘s Jisoo).

The notoriously stubborn Lee Kang Moo refuses to compromise in any given situation, and he is known for having a one-track mind at work. However, Jang Han Na is just as strong-willed and obstinate when it comes to asserting her opinion, and her fiery personality makes her a force to be reckoned with.

Newly released stills from the upcoming drama capture the two agents’ equally powerful auras: neither character appears likely to back down in a fight. 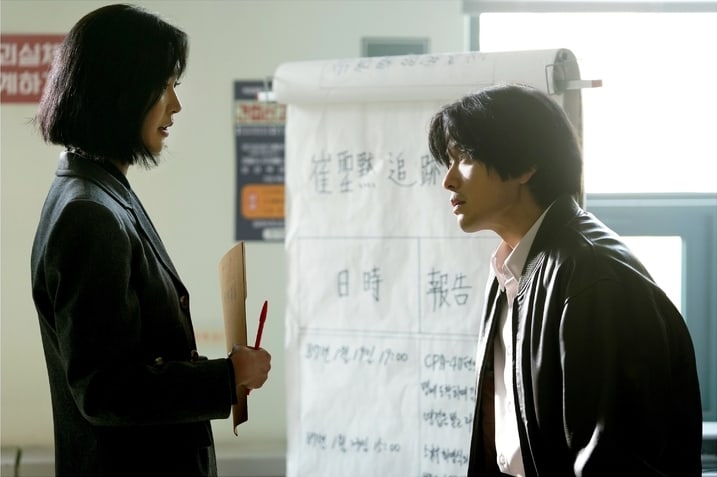 Notably, Lee Kang Moo has a strong and yet somewhat sorrowful gaze, piquing viewers’ curiosity as to the character’s backstory, while Jang Han Na boldly draws her gun in a confrontation at the office, yet still manages to look as calm and composed as ever. 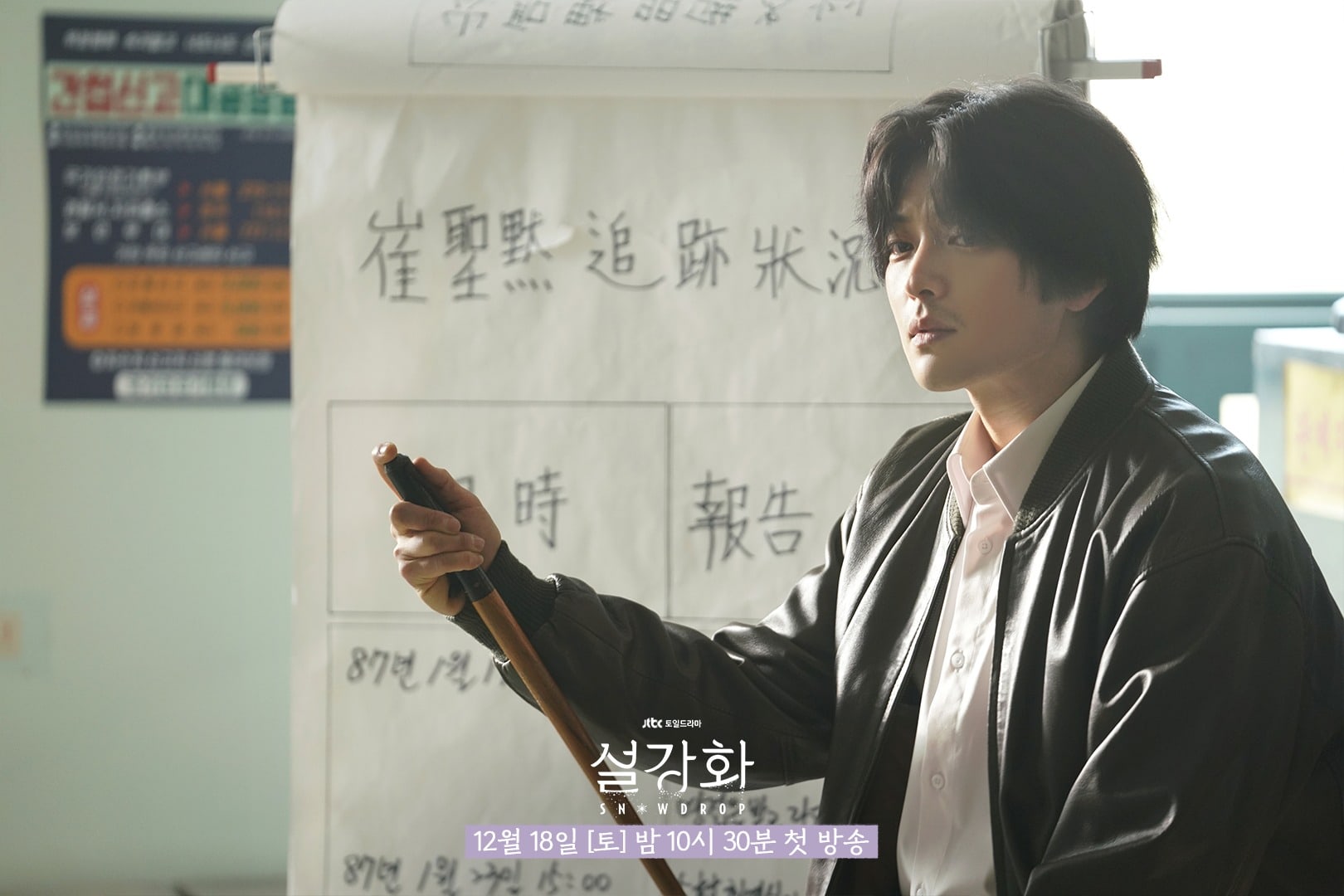 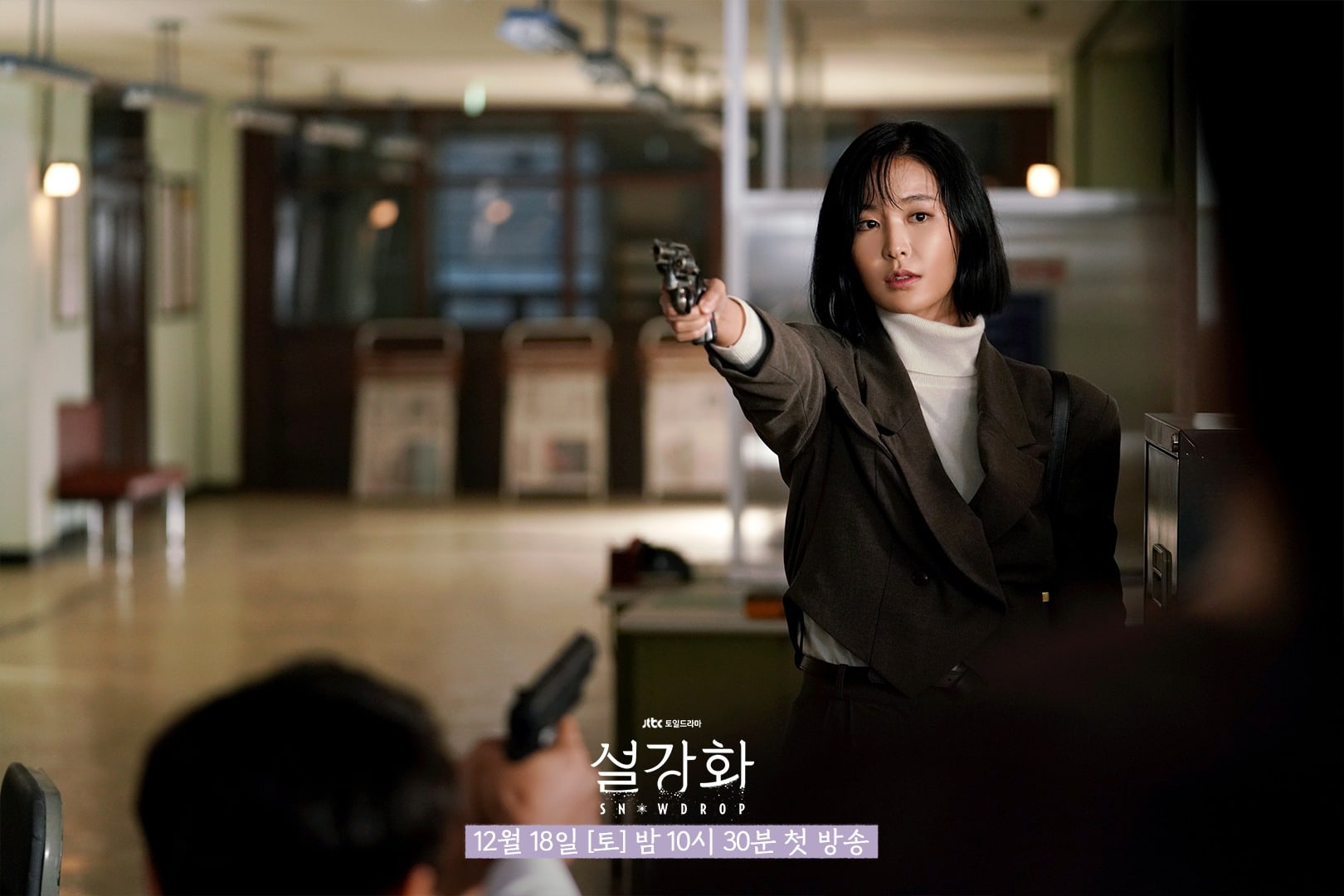 In the meantime, watch Jang Seung Jo in “Encounter” with subtitles here…

…and Jung Yoo Jin in “Thirty But Seventeen” below!