2021 brought us all a whirlwind of emotions. With the continuation of the pandemic and many people discovering K-dramas for the first time thanks to “Squid Game” and other gems, the world of K-dramas will never be the same. We have a list of K-dramas from the first half of the year that you can check here. And here are some more titles to add to your list that are definitely worth checking out!

Disclaimer: This list is in no particular order, and K-dramas that premiered in December are not added. 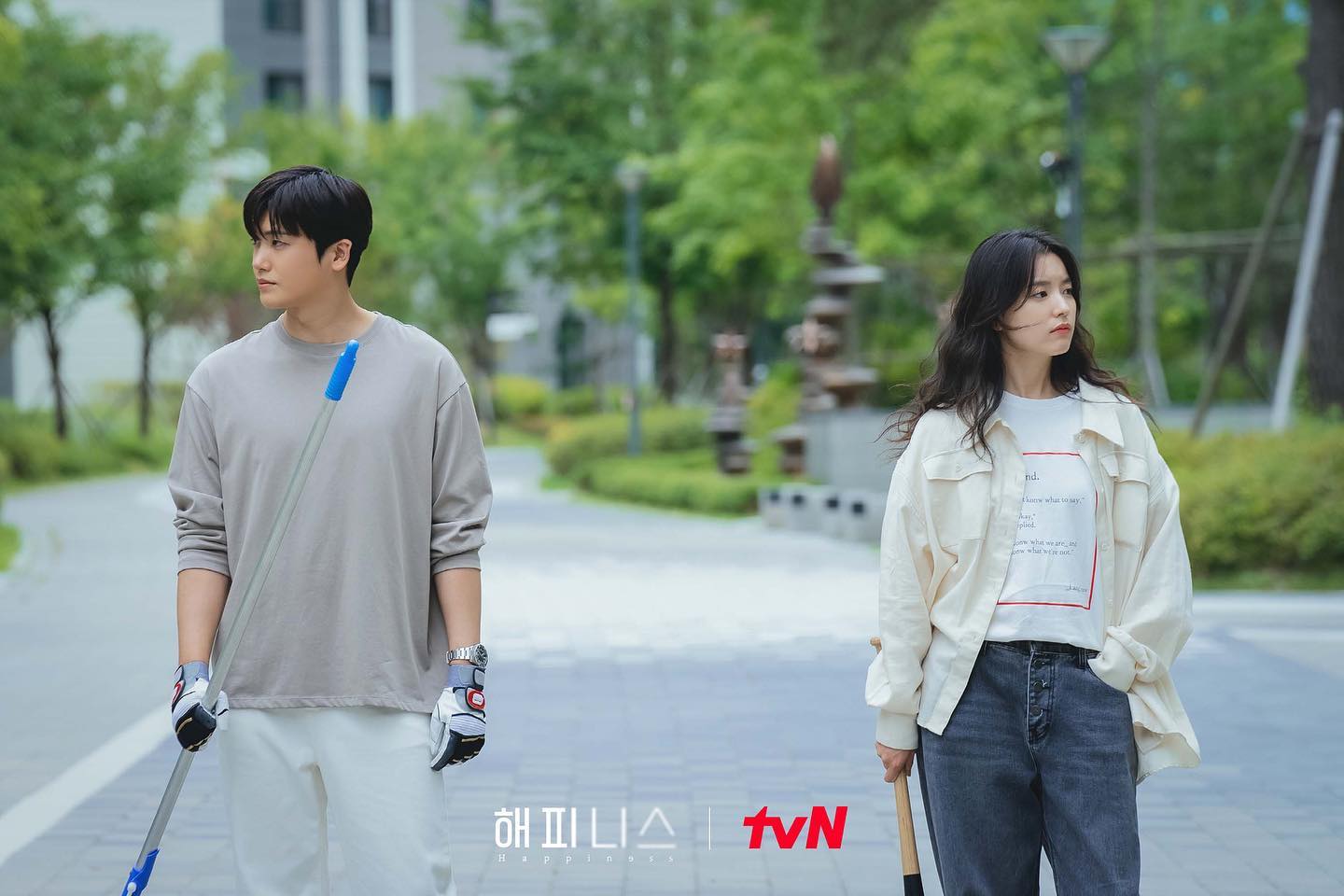 “Happiness” stars Park Hyung Sik as Jung Yi Hyun, a detective, and Han Hyo Joo as a tactical agent of the Gyeonggi Police Station. The two were classmates in high school and end up in an apocalyptic situation with people getting infected be a virus that turns them into zombie-like creatures. The two are fighting for their lives and others.

This series stirred quite the buzz as it was Park Hyung Sik’s return to the small screen post military. It had a rather large following of fans who couldn’t help but ship the OTP and their very believable chemistry. Seeing Park Hyung Sik and Han Hyo Joo standing side-by-side, fighting to survive in this apocalypse-like story, gave us butterflies. We can only hope that the two will reunite in a future project because they were perfect together! 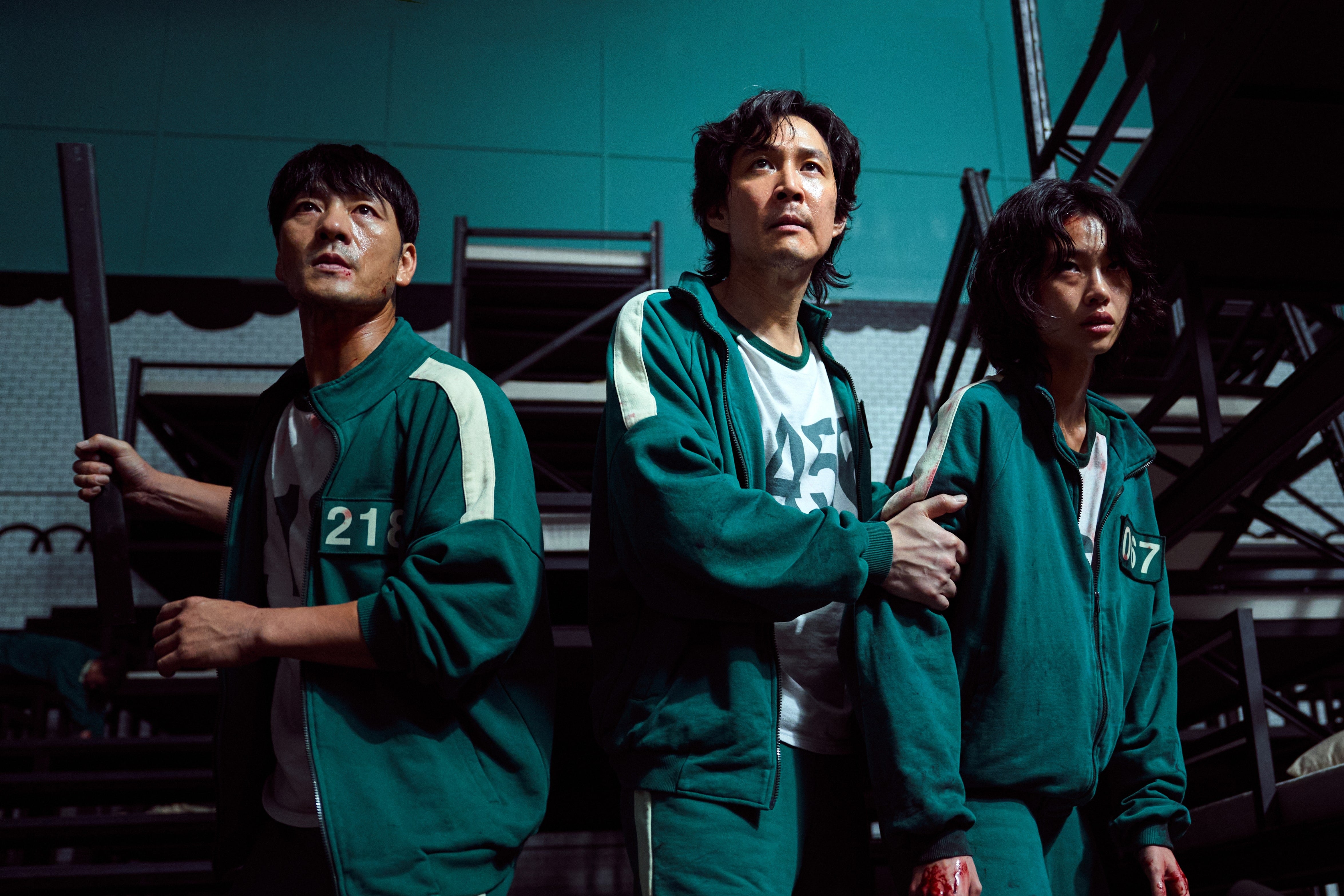 The series that took the world by storm, “Squid Game” is a story about 456 participants who engage in a series of children’s games in hopes of winning 40 million dollars. Lee Jung Jae, Park Hae Soo, Jung Ho Yeon, and Wi Ha Joon star in this drama about players who fight to the death in order to win the prize money.

It’s really no question that “Squid Game” is listed as one of the best of 2021. The series was able to entertain the world with its unique storyline and impeccable acting. The series evokes disgust, empathy, and curiosity, which is why it remains as one of the most-watched series in the world. There are also several actors who rose to fame as a result of their flawless performances! 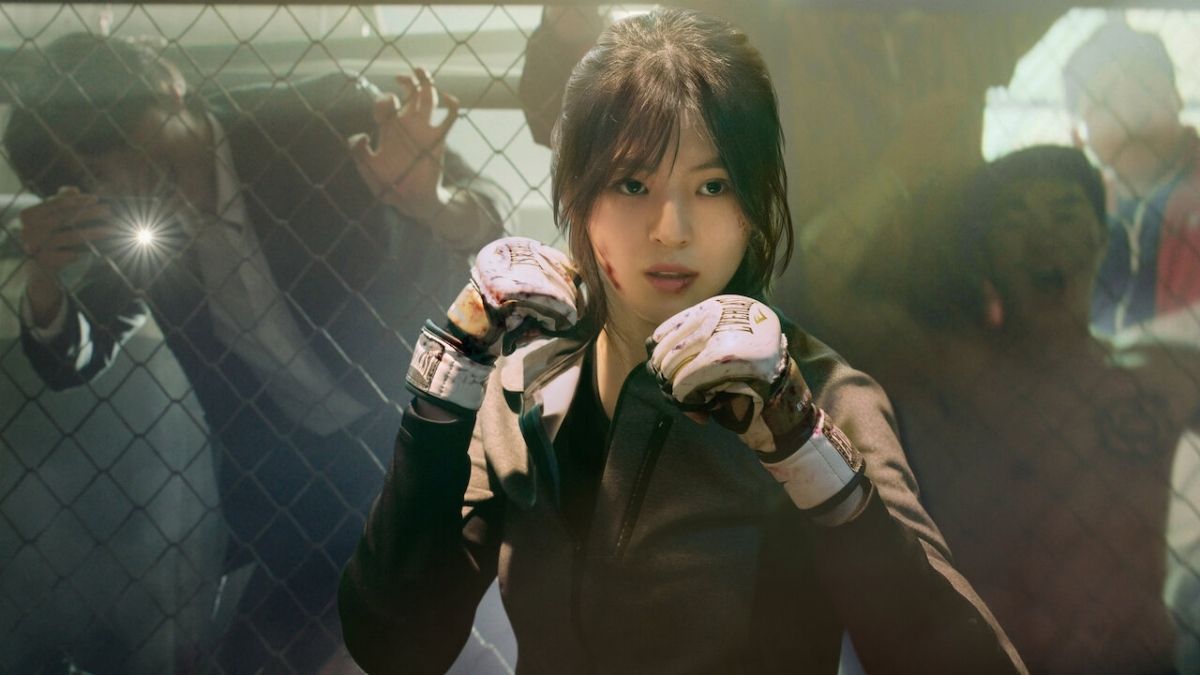 There was nothing better than seeing Han So Hee’s complete transformation into the ruthless and tough Yoo Ji Woo. She starred in another series titled “Nevertheless” several months prior, so it was a complete surprise to see her in such a contrasting role. In “My Name,” Ji Woo is a warrior who is fighting off dozens of men and doing it in a way that is so badass. She definitely earned the title of being one of the best actresses this year! 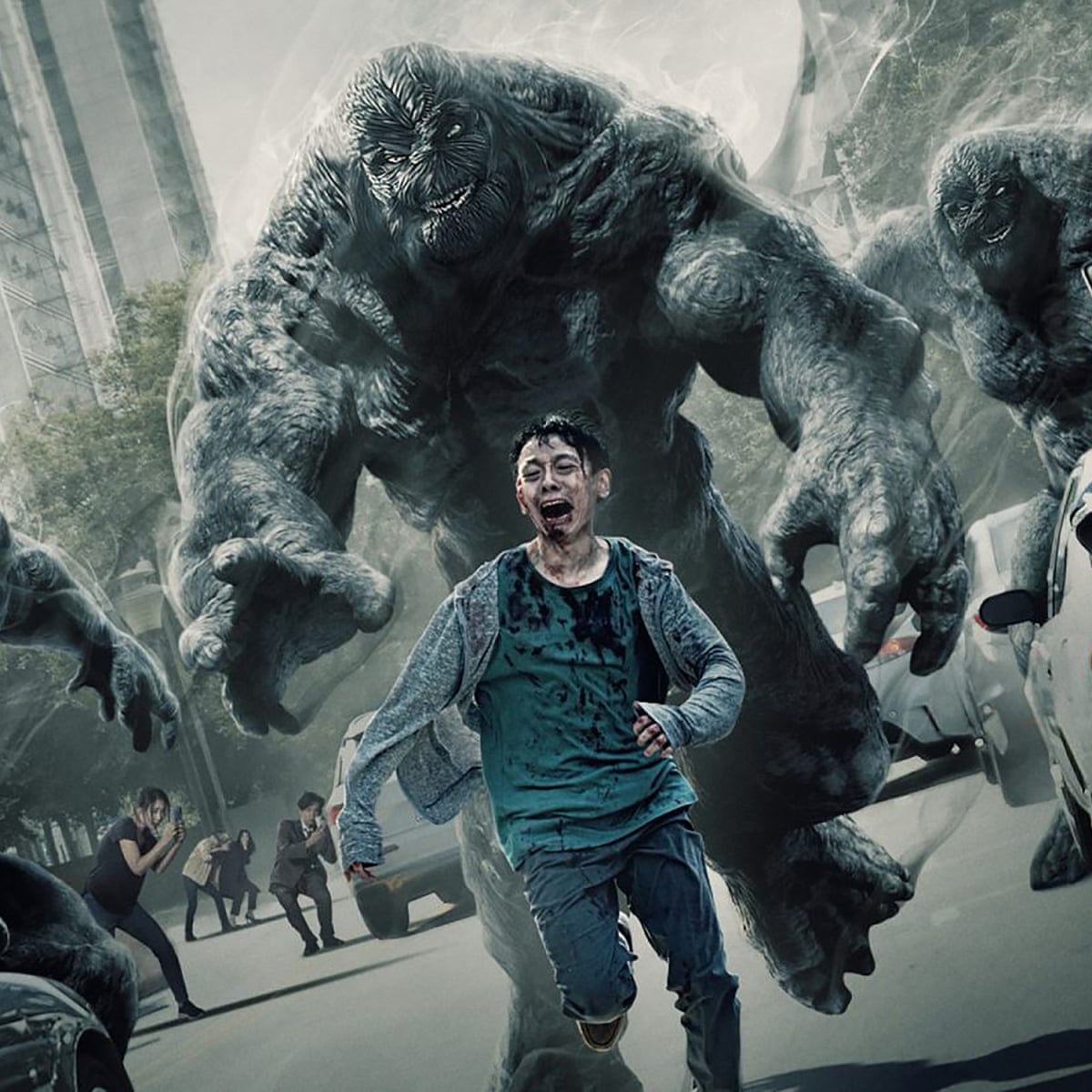 From the same legendary director who brought us “Train to Busan,” Yeon Sang Ho took on the project “Hellbound” which involves a world where humans are fighting a supernatural phenomenon. Emissaries from hell condemn people to hell, and a cult that is led by Jung Jin Soo (Yoo Ah In) is trying to find out the reason for this phenomenon.

The previews and trailers could never have prepared viewers for what was to come for this series. What almost seemed like a horror/thriller ended up being a series that has a deeper message, touching on humanity and what it means to be human in society. The acting is impeccable, and we could expect nothing less of Yoo Ah In as well as the amazing supporting cast! 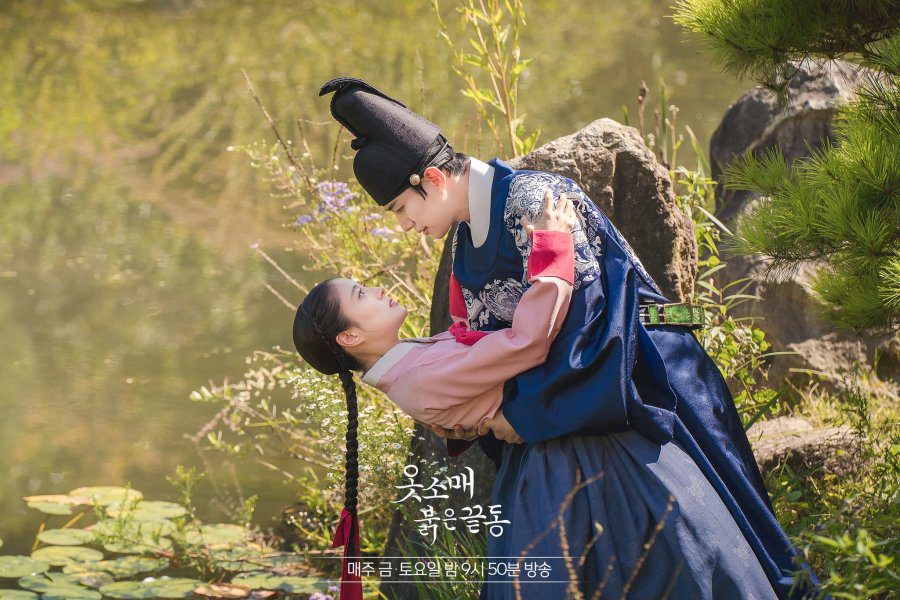 Based on a novel, “The Red Sleeve” is a historical K-drama that tells the story of an emperor named Yi San (Lee Junho) who falls in love with the court lady Seong Deok Im (Lee Se Young). Despite their differences in class and status, the two engage in a deep romance while trying to fight for their nation.

It may seem like a standard star-crossed lovers themed storyline, but there’s something about this particular series that really tugs at the heartstrings. The romantic scenes, lines, gazes, and gestures are not at all cheesy but convey a level of depth that is very heart-fluttering. Seeing how much the emperor is so deeply in love with his court lady despite not knowing her feelings for him is heartwrenchingly beautiful and worth watching.

Start with the first episode here: 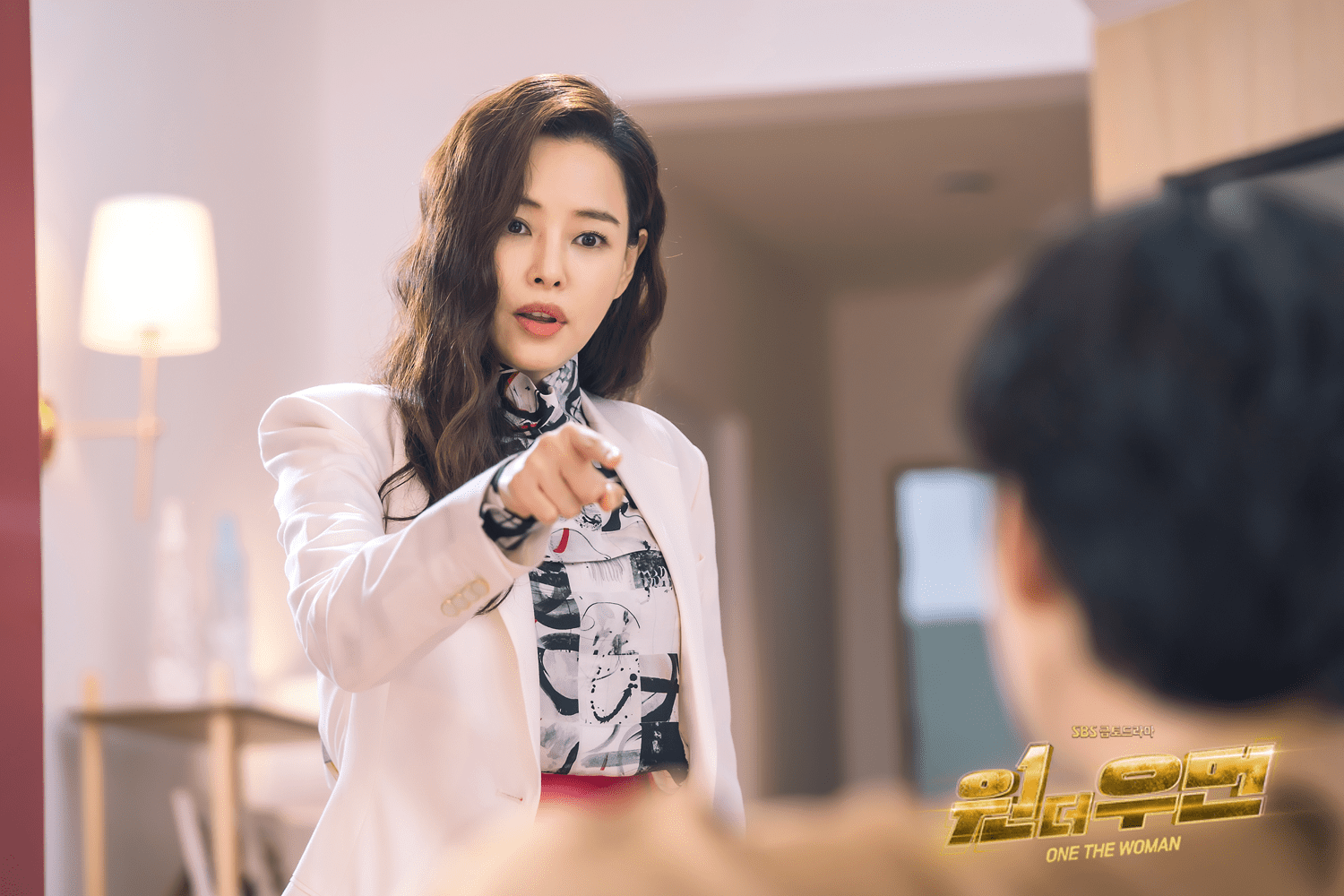 Honey Lee and Lee Sang Yoon star in “One the Woman,” which is about a corrupt prosecutor who gets amnesia and switches lives with a chaebol daughter-in-law. Honey Lee plays the dual roles of Kang Mi Na and Jo Yeon Joo.

“One the Woman” was a huge success in Korea as people were drawn to the many charms of Honey Lee. She plays the dual roles so perfectly and is able to provide humor that people are thoroughly entertained by. Her chemistry with Lee Sang Yoon is also enjoyable to watch, and the story keeps viewers wanting to know what would happen at the end! The cast is incredible and portrayed their individual characters perfectly. 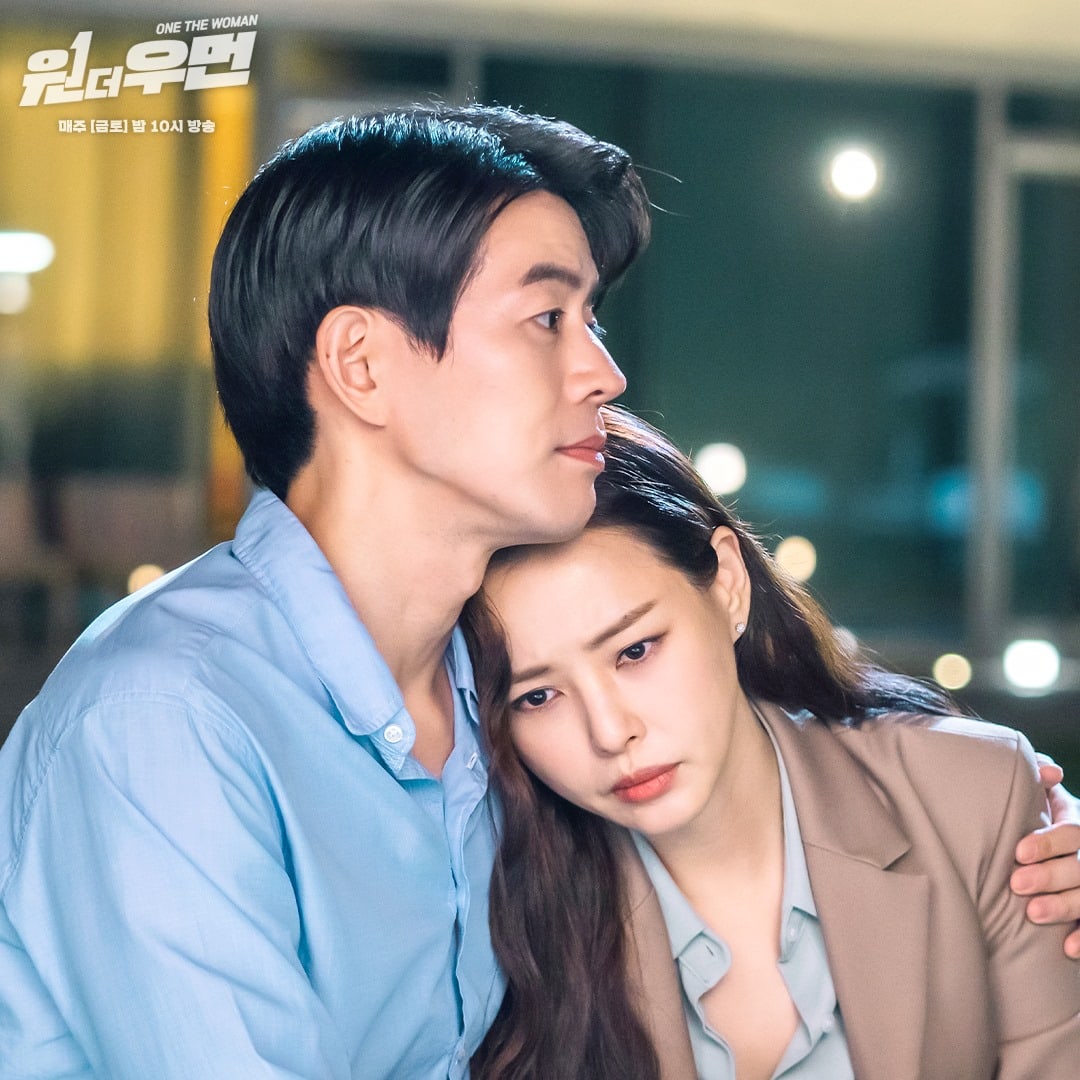 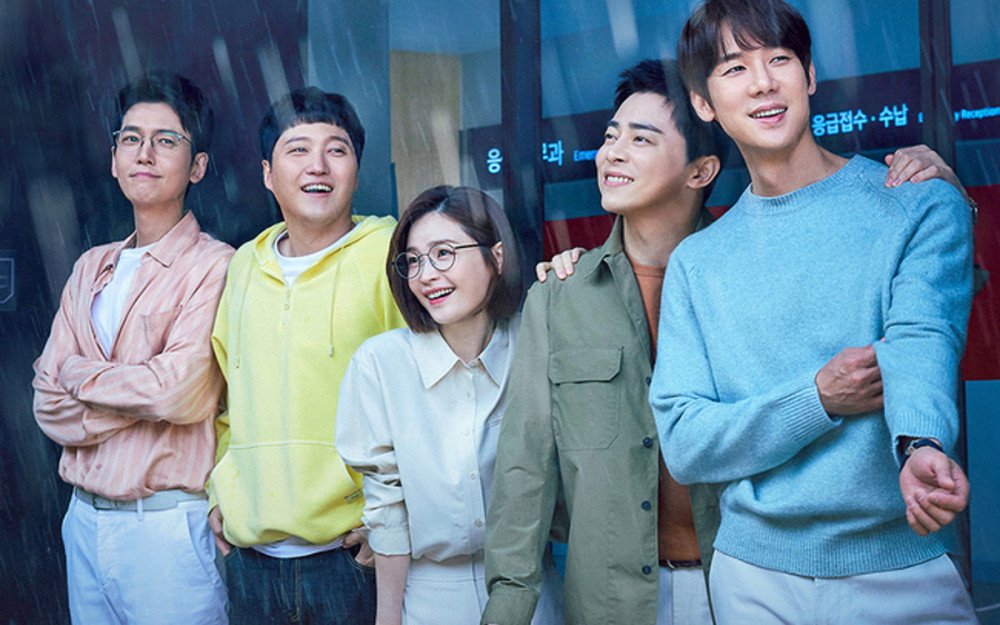 Jo Jung Suk, Yoo Yeon Seok, Jung Kyung Ho, Kim Dae Myung, and Jeon Mi Do star in the “Hospital Playlist” series as a group of five doctors who have been friends since medical school. The five of them all work at the same hospital, Yulje Medical Center. The story follows their friendship as well as the romance and patients that they deal with day-to-day. They also happen to form a band together.

Although it is mostly set in Yulje Medial Center, the series does a great job of diving deep into the personal lives of the five main characters including the situations with their families and love lives. The drama manages to show a very natural and realistic representation of what they go through, winning the hearts of many viewers around the world. We will definitely miss this group of friends who touched our hearts and showed us what real friendship is all about. 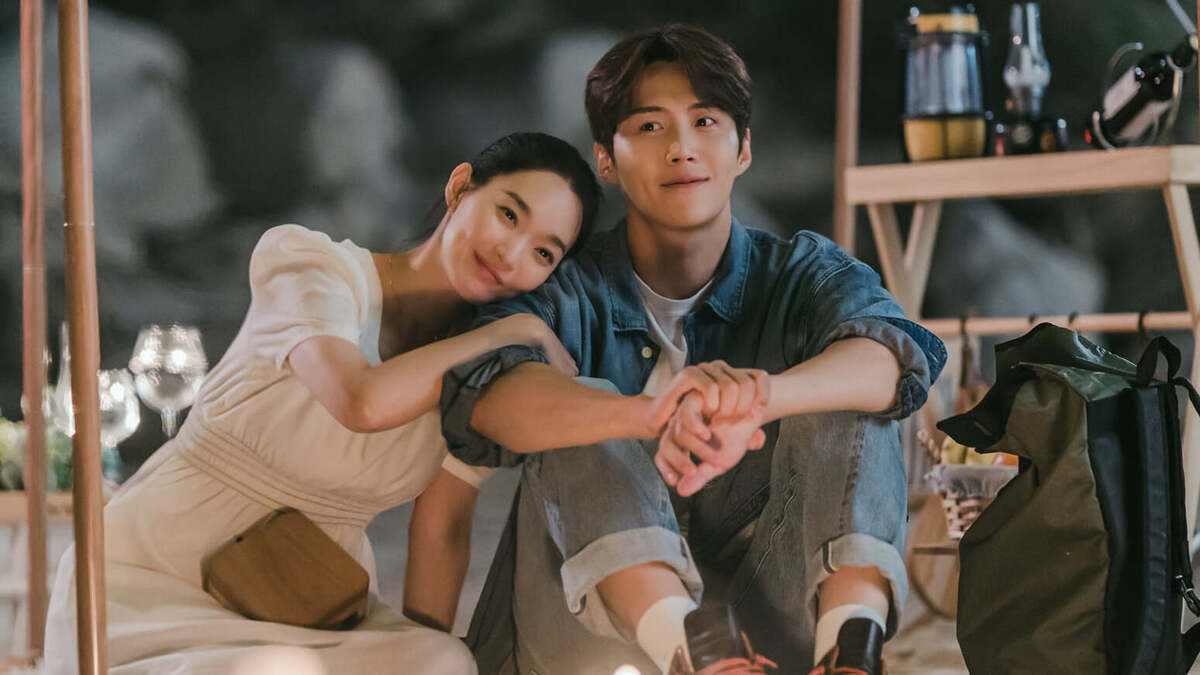 From the second Hye Jin steps off the boat and we’re introduced to Doo Shik, we’re greeted with local residents who all have a story. Through Doo Shik’s interaction with all the locals, we start to warm up to them and appreciate their individual personalities and charm. From the elderly woman who Doo Shik helps to the old ladies who laugh and make fun of Hye Jin as she’s gutting the squid, everything about it is immensely healing and uplifting. It’s definitely worth the watch, especially during this cold winter as it will warm your heart! 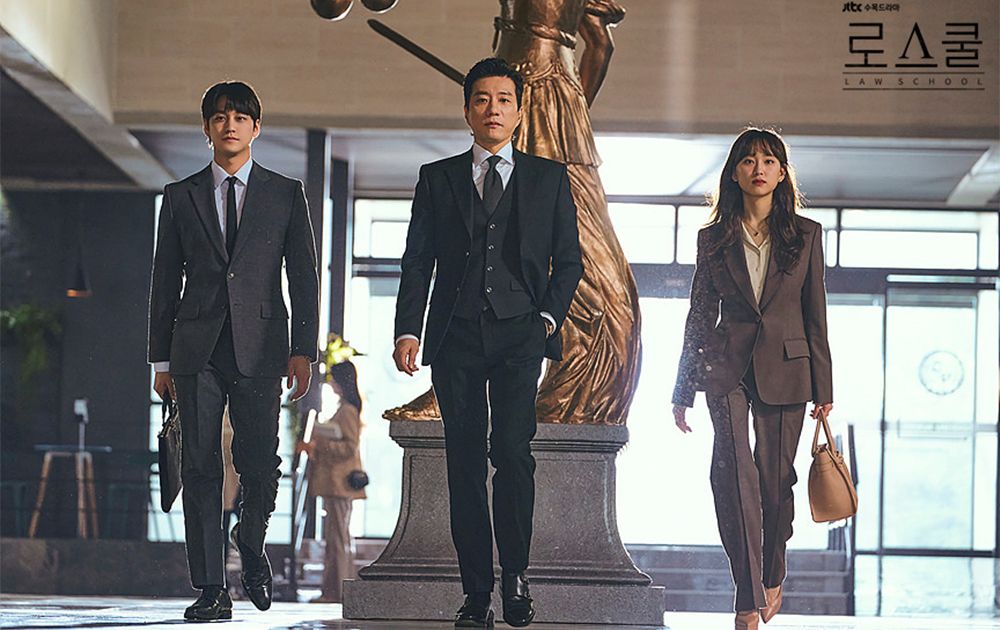 Starring Kim Myung Min as former prosecutor Yang Jong Hoon, “Law School” is set in the confines of the top law school in Seoul. Jong Hoon is a hard-headed and strong professor who does not care what his students think of him. Kang Sol (Ryu Hye Young) and Han Joon Hwi (Kim Bum) are first-year students with two very different backgrounds. Kang Sol is harboring a secret that may be the key to solving an unusual case that the characters are involved in.

At first sight, this series seems like your conventional mystery K-drama where you are trying to figure out who is involved in the mystery. Anyone is a suspect. However, as the series progresses, there are some twists and turns that make it an exhilarating watch, keeping you on the edge of your seat. The acting by all the main cast is very impressive, and fans totally loved the chemistry between Ryu Hye Young and Kim Bum! 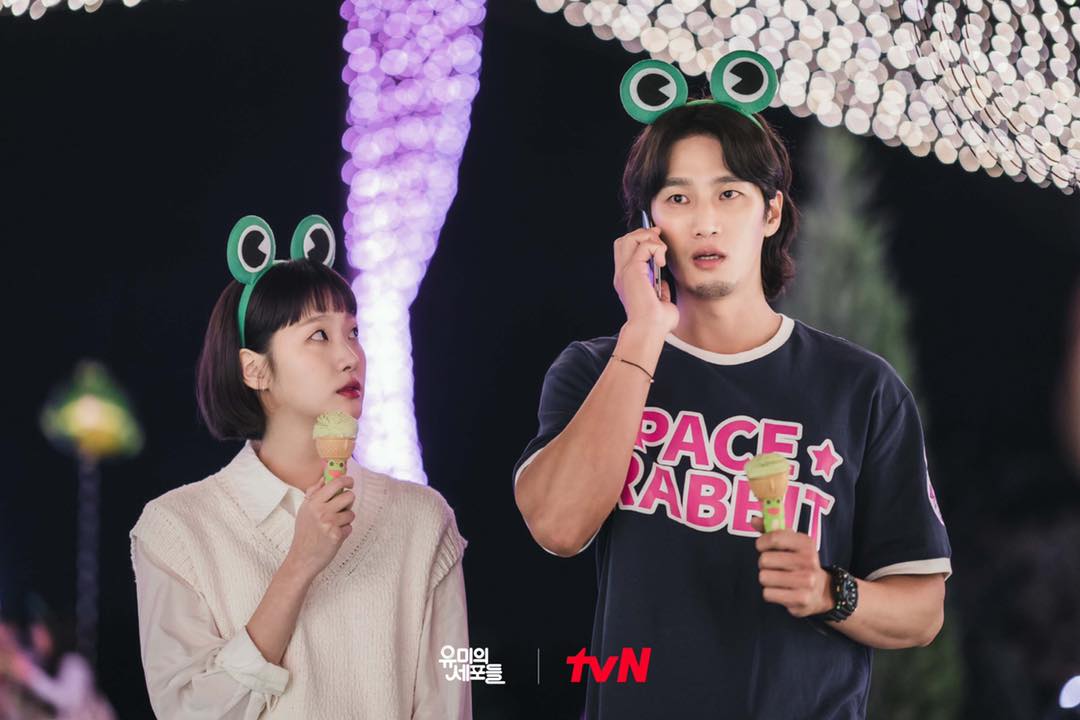 “Yumi’s Cells” is a webtoon written by Lee Dong Gun that has garnered billions of views. It was such a huge success in Korea that it was only a matter of time before they decided to turn it into a drama. Kim Go Eun plays Yumi, an ordinary girl who gives herself to everything she does but often gets hurt or taken advantage of. All she wants is to find love, and when she finds it difficult to convey her feelings to someone she likes, she becomes very self-conscious.

The juxtaposition between animation and real life couldn’t have worked any better. Viewers are able to get into the minds of the characters, seeing exactly how they feel and what they are thinking in specific situations. It’s relatable and so hilarious to see the cartoon cells trying their best to work through the hardships of life. The series will tug at your heartstrings, making you feel all kinds of emotions. 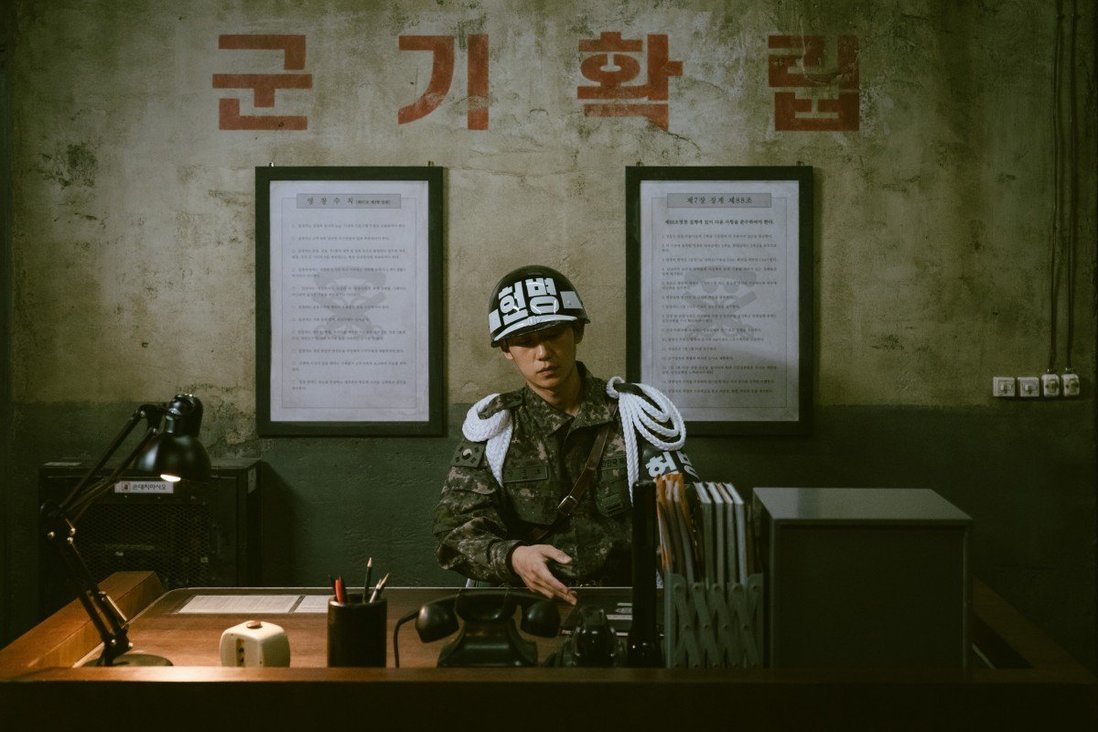 Based on a popular webtoon, “D.P.” stars Jung Hae In as Ahn Jun Ho and Goo Kyo Hwan as Han Ho Yeol. The two are responsible for finding deserters.

No one could have anticipated the success of a K-drama based on soldiers fleeing the military, but the best part about this series? Seeing the chemistry between Goo Kyo Hwan and Jung Hae In. The two work so well together on the small screen, and it’s no surprise that they have confirmed a second season. This role also sparked a huge wave of fans for Goo Kyo Hwan, and he was given several awards for his memorable performance! 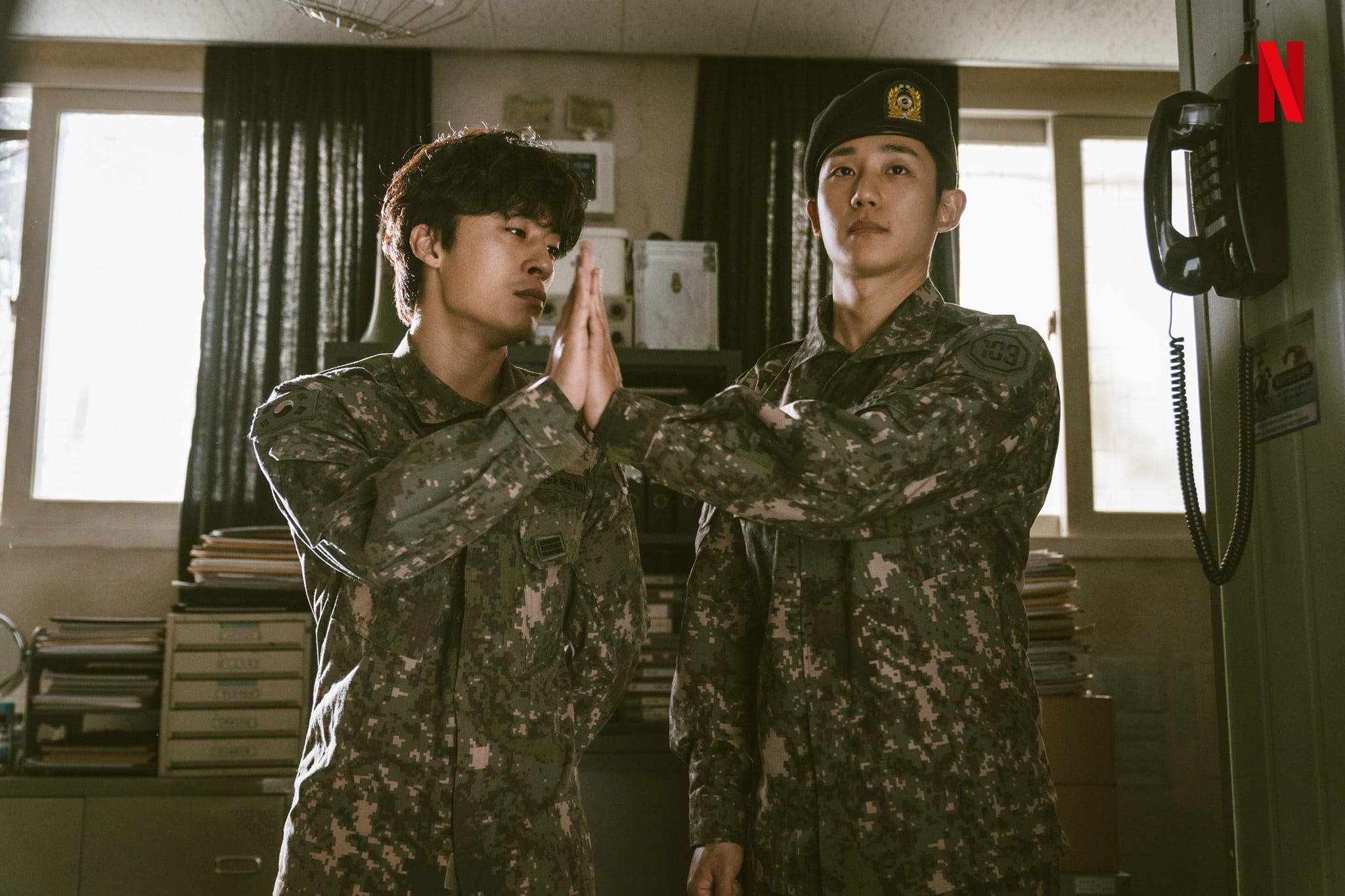 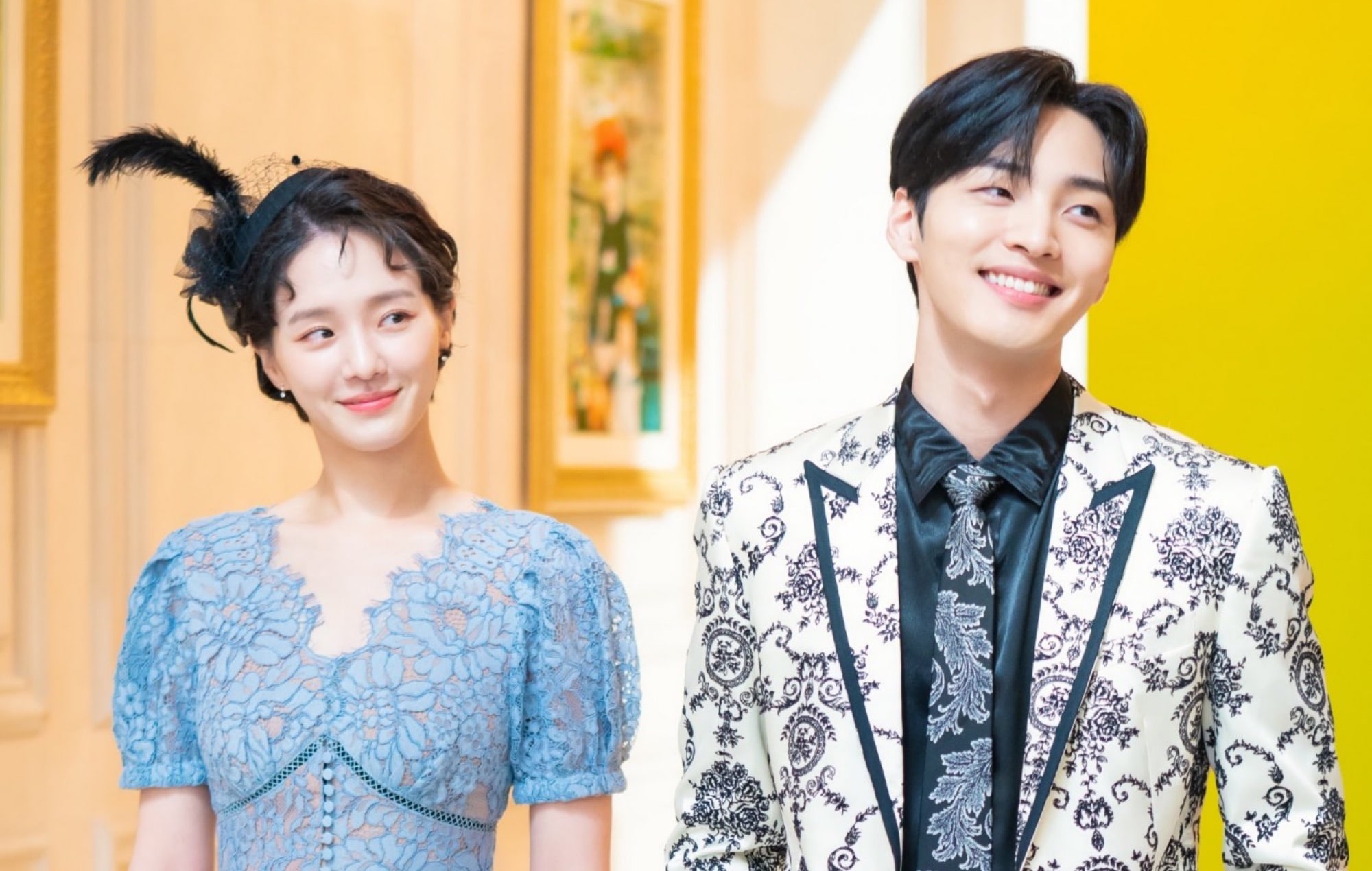 Starring Kim Min Jae and Park Gyu Young, “Dali and Cocky Prince” tells the story about a man named Jin Mu Hak who is not very book smart but is able to make a lot of money. He meets Kim Dal Li (Park Gyu Young), the director of an art gallery. She loses all her assets after her father passes away and needs to find a way to keep her art gallery afloat. Jin Mu Hak lends her help but also ends up falling in love with her.

“Dali and Cocky Prince” is a sweet love story that will have you smiling from beginning to end. The cutest part about the series is seeing Mu Hak fall for the adorable Dal Li and seeing him wear his heart on his sleeve for her. His affection for her is so obvious, and he doesn’t even try to hide it. You’ll also appreciate the healing aspect of the series as you see Dal Li go from living a very comfortable life, to hitting rock bottom, to finding herself again. It’s a series that is perfect to watch if you’re looking for something mellow and cute!

Check out the first episode of this cute series here:

Don’t forget to check out Part 1 of this feature here!

Hey Soompiers, what was your favorite K-drama from 2021? Let me know in the comments below!