The new season of “Best Mistake” released cheerful posters of the cast!

“Best Mistake 3” is the third installment of a web drama series about students who were wrongfully labeled as bullies just because they didn’t study that well or had a loud voice. However, they start anew as they leave high school behind and enter college.

The big group of students appears to be taking a photo together at an official studio amidst a cheerful atmosphere. The characters, who are now college students, have taken off their high school uniforms in exchange for casual clothing that show off their individual charms. The text on the poster reads, “Our real story that began after breaking up,” hinting at an unexpected twist in the story. 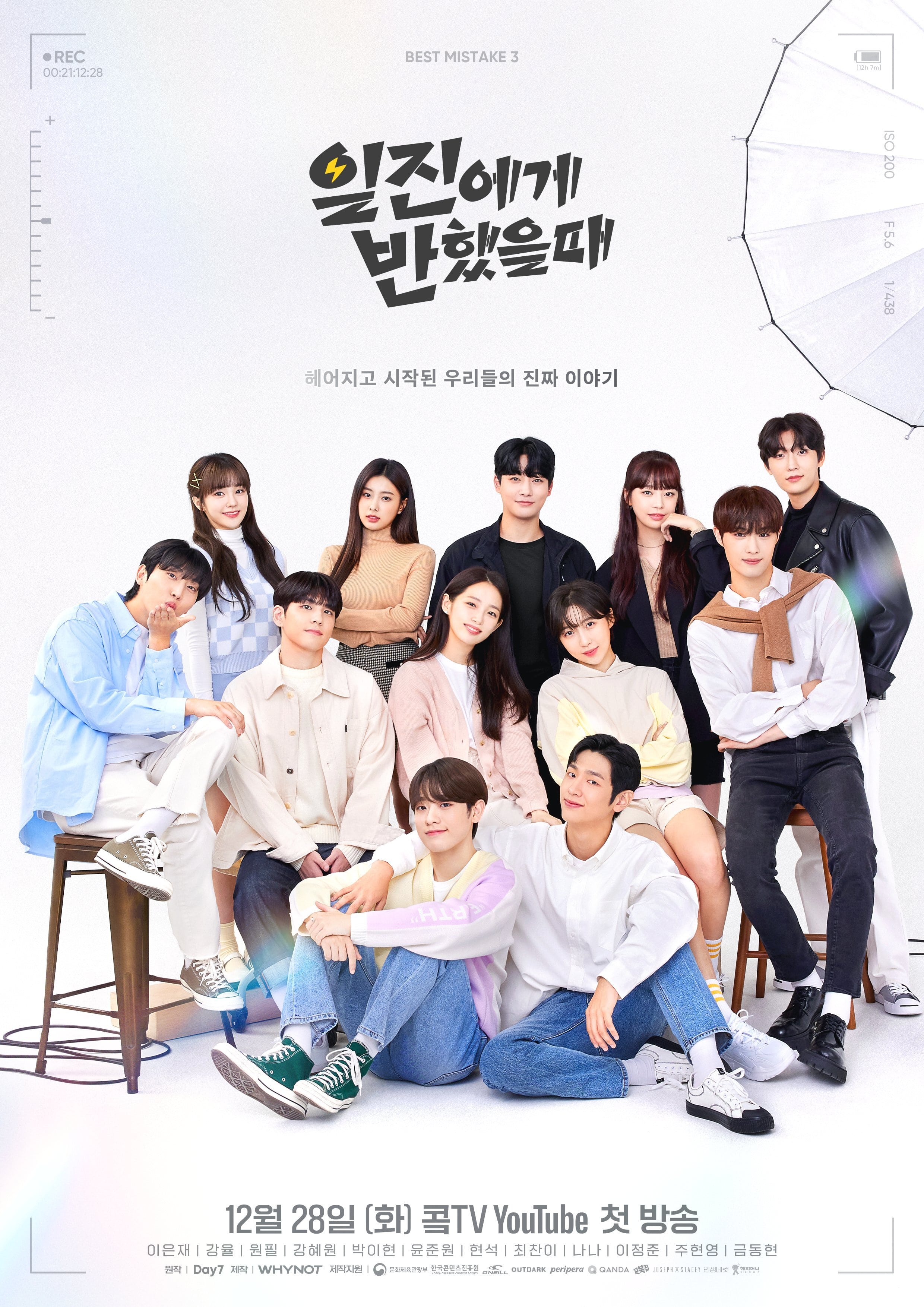 Kim Yeon Du (Lee Eun Jae) is now a freshman in the business administration department at Hwayang University. In Yeon Du’s poster, the text at the bottom reads, “We broke up. Don’t be like this.” 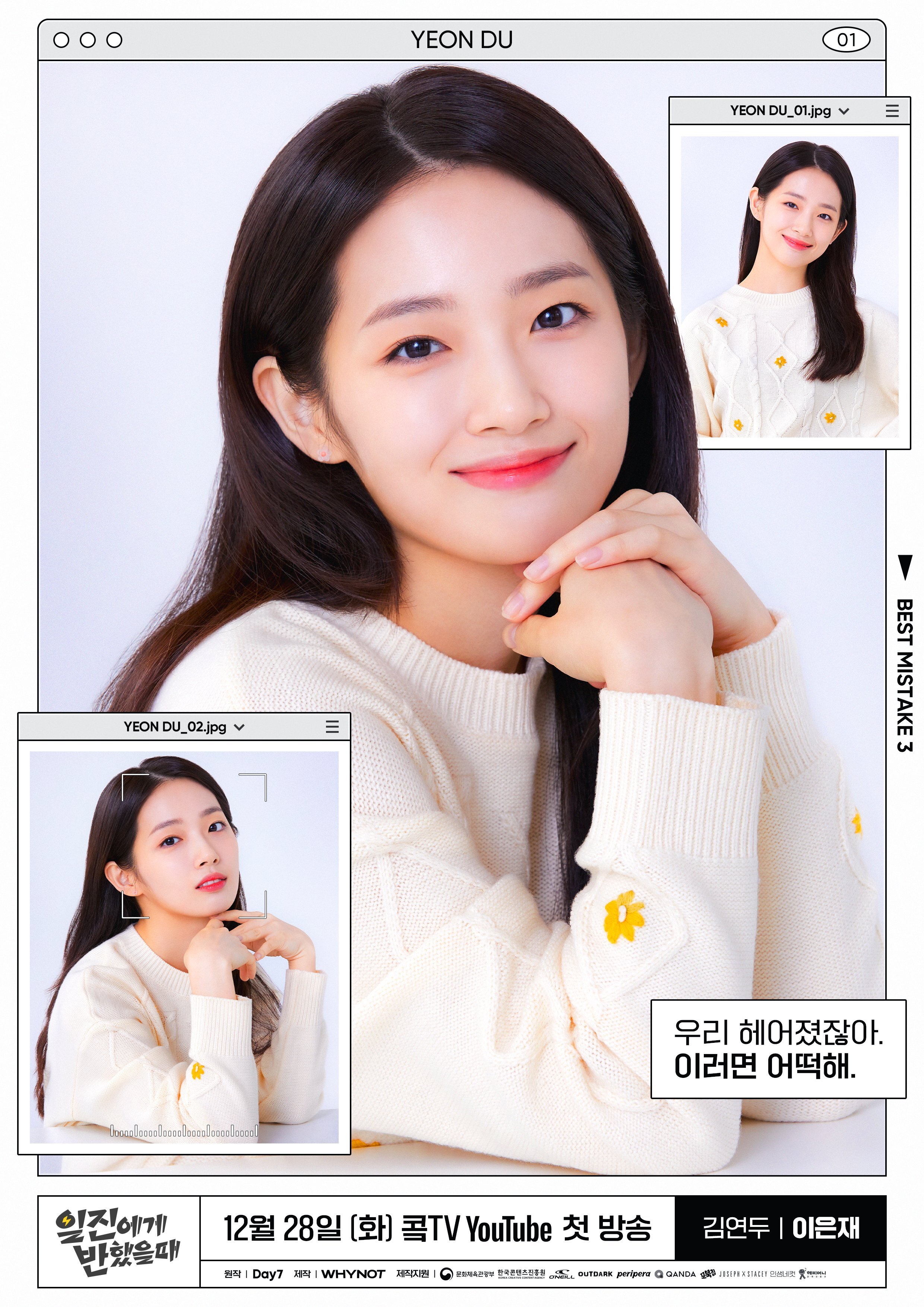 Ji Hyun Ho (Kang Yul), who is in a relationship with Kim Yeon Du, will be attending Seolin University with dreams of becoming a chef. His poster reads, “I never sent you away. That’s why I never regretted it.” 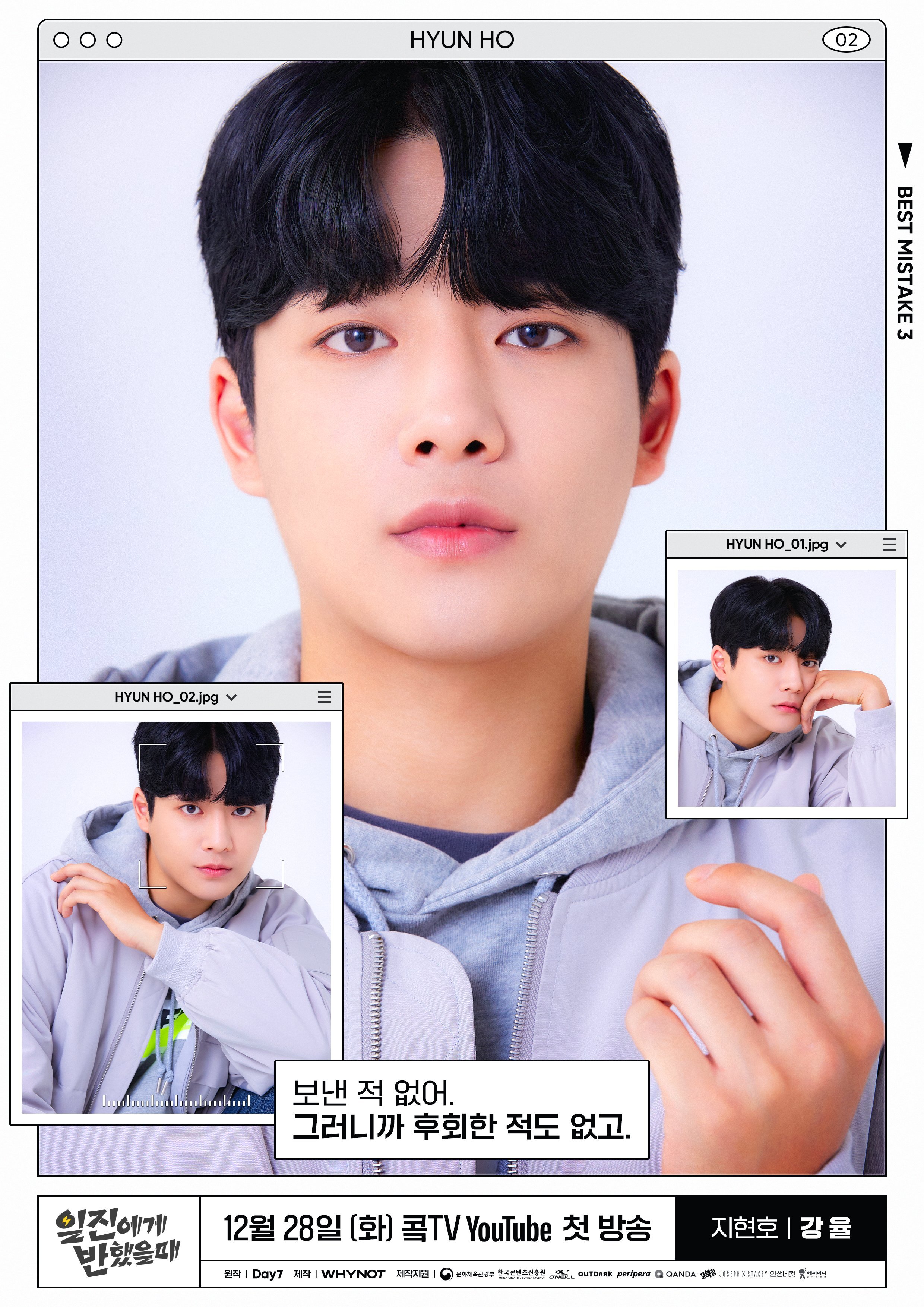 Do Ye Seok (Wonpil) is a new character in Season 3 who is handsome and smart with a good personality, but he hides his emotional wounds and inner feelings. Do Ye Seok’s individual poster has the text, “Not someone I can’t like, right?” 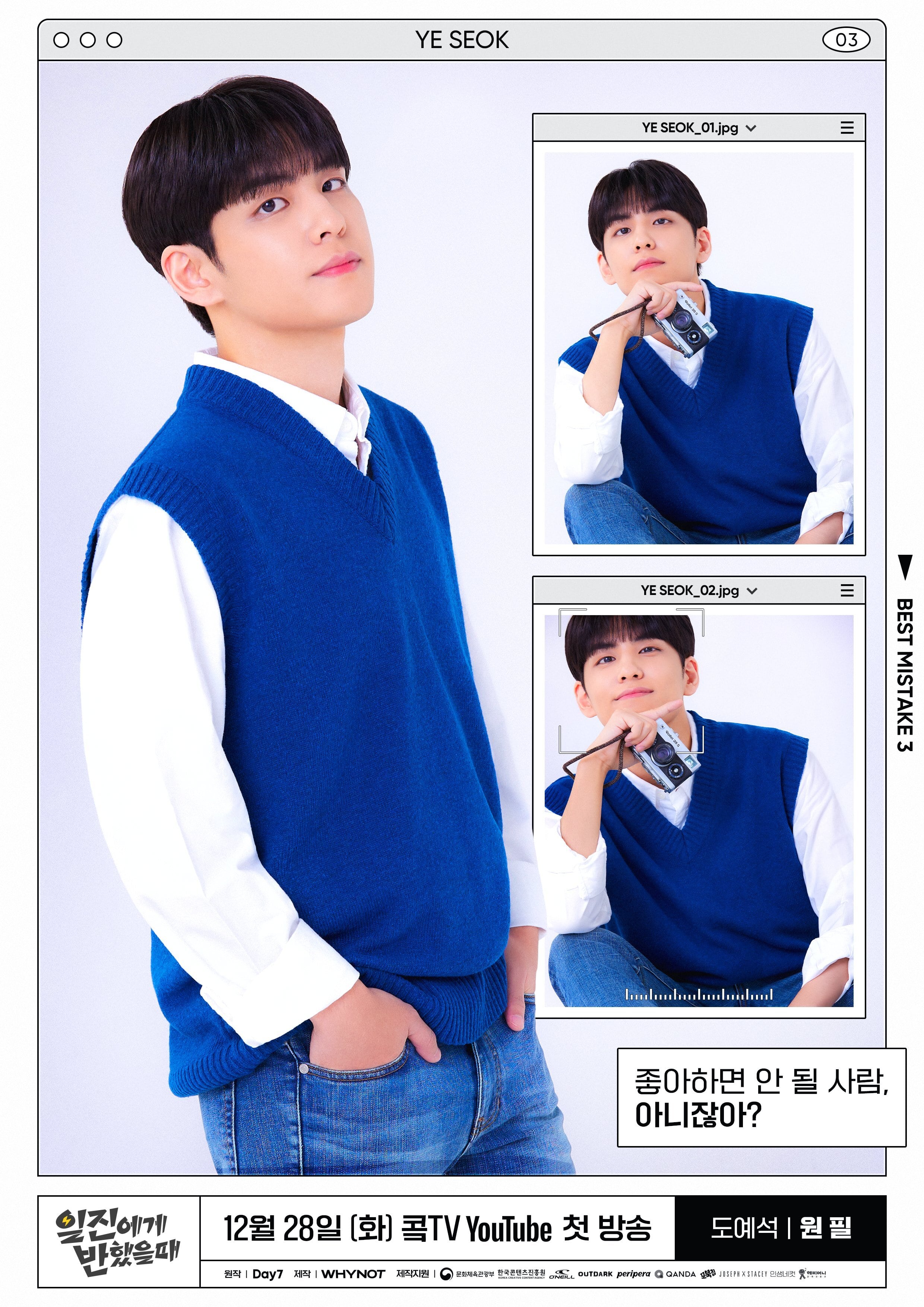 Also a new character, Jin Se Hee (Kang Hye Won) is Do Ye Seok’s ex-girlfriend, and her poster reads, “They look like they’re having fun. Without me.” 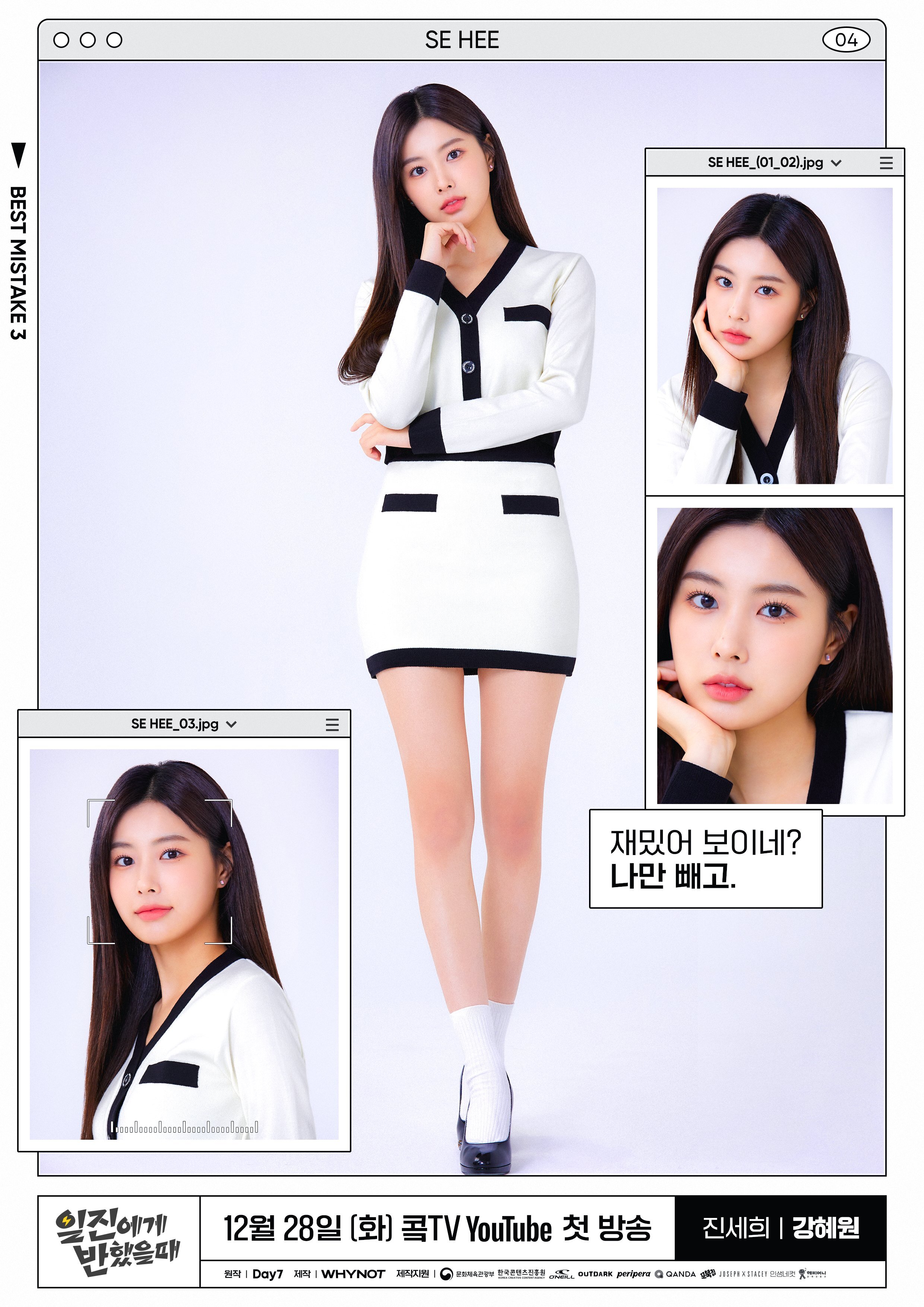 Played by Park Yi Hyun, Ryu Seol’s poster reads, “Now you do it. One-sided love.” In the previous season, she hoped to go beyond friendship with Seo Ju Ho, but he insisted on remaining friends. 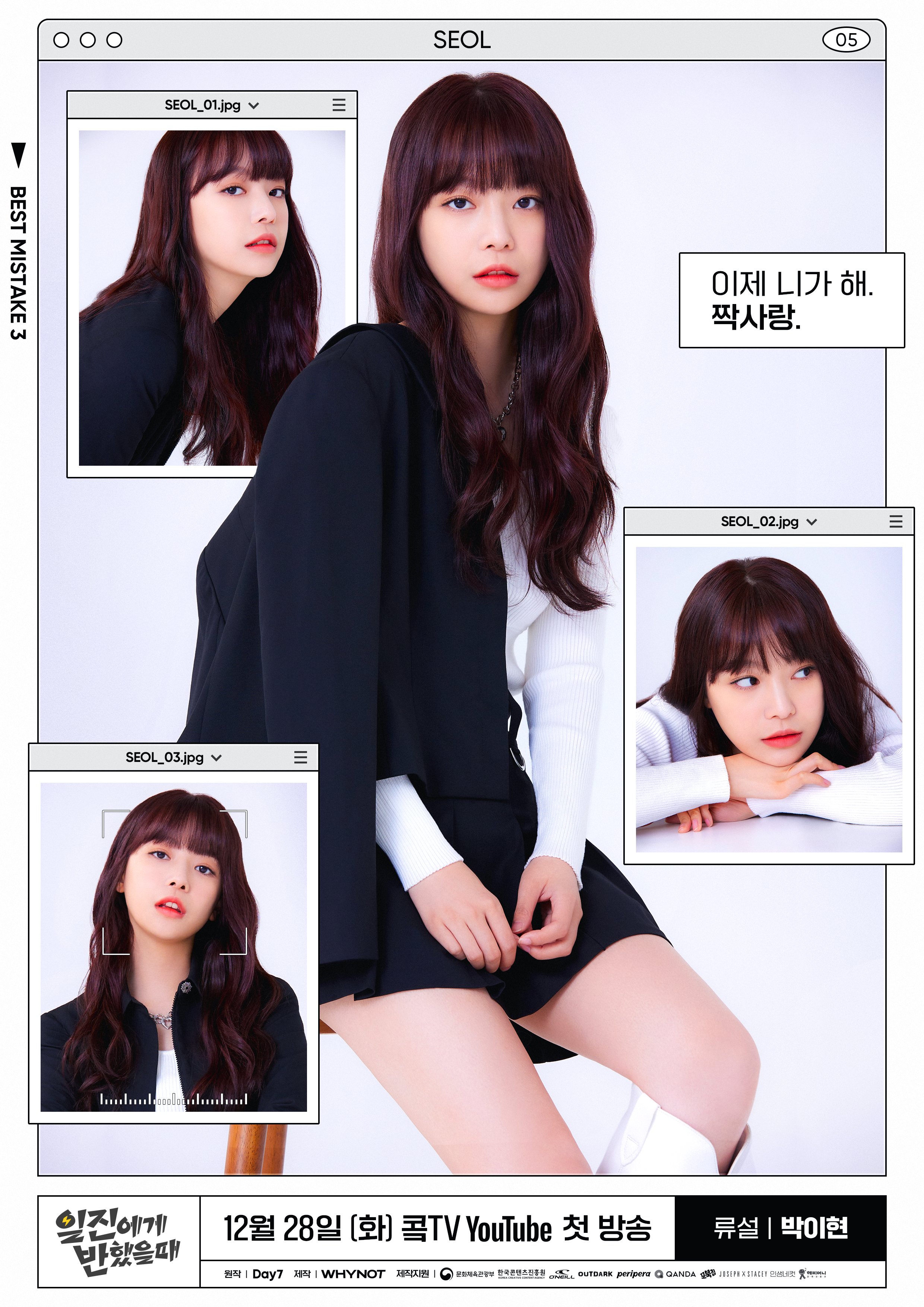 Seo Ju Ho (Yoon Jun Won) has returned from studying abroad for Season 3. The text on his poster says, “From now on, I’ll be by your side. Like you were before. 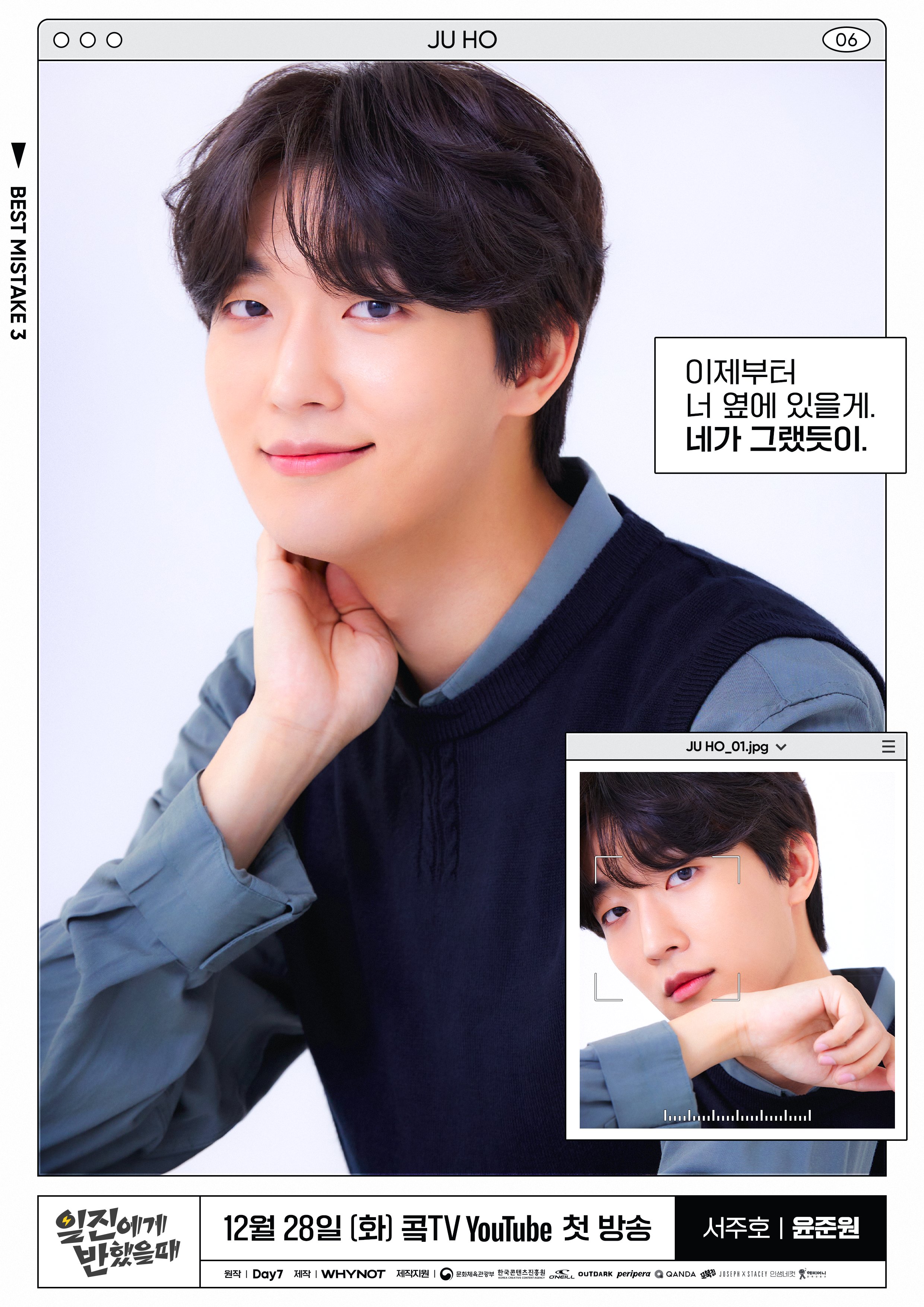 Kim Dae Young (Hyunsuk) is another character to first appear in Season 3. Hoping for a movie-like romance, his poster reads, “That destiny, I am going to make it happen now.” 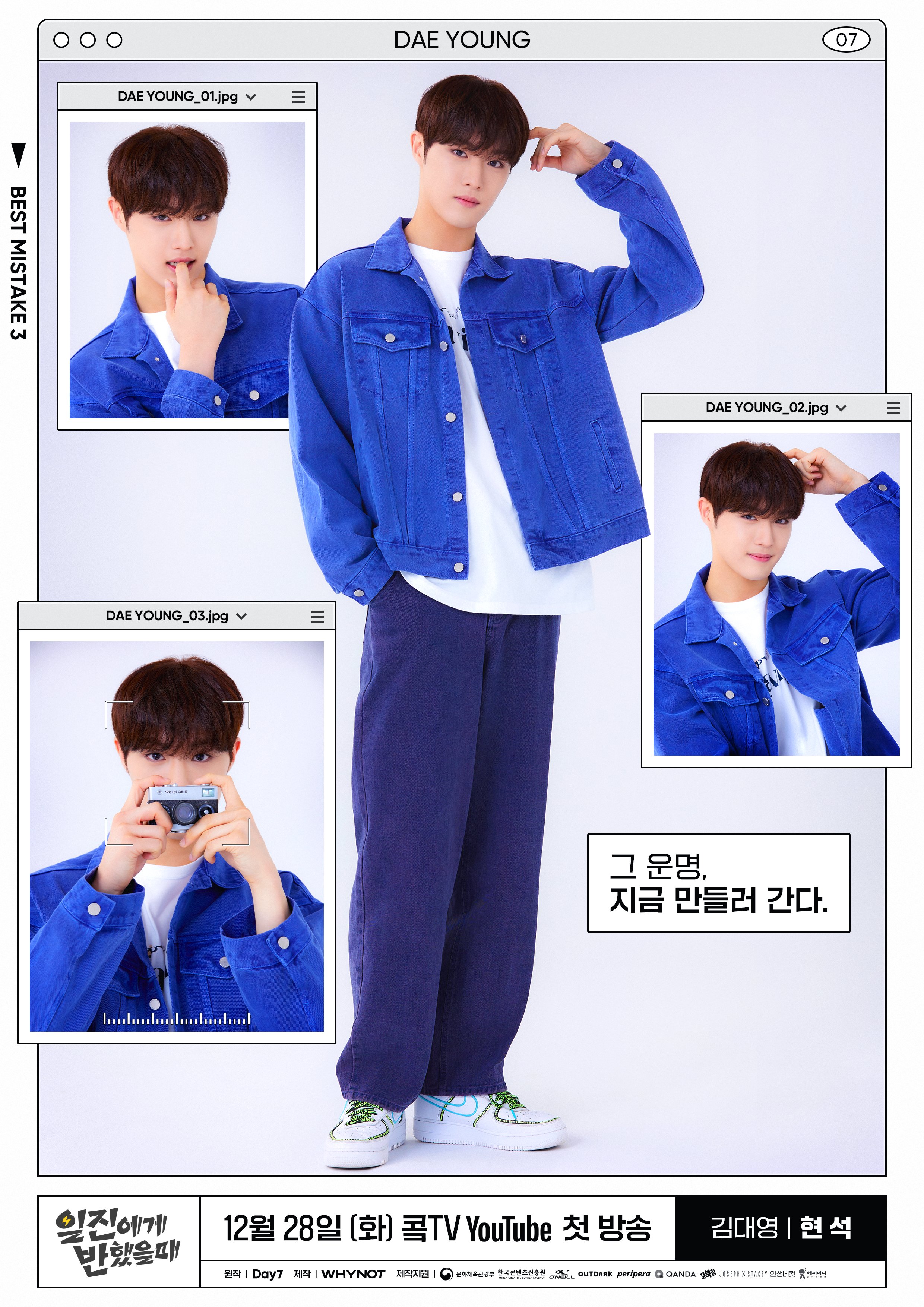 Jung Ji Sung (Choi Chan Yi) is retaking the college entrance exam in hopes to enter a school like his friends. A character who always talks in third-person, his poster says, “Ji Sung also wants to go to college with you guys.” 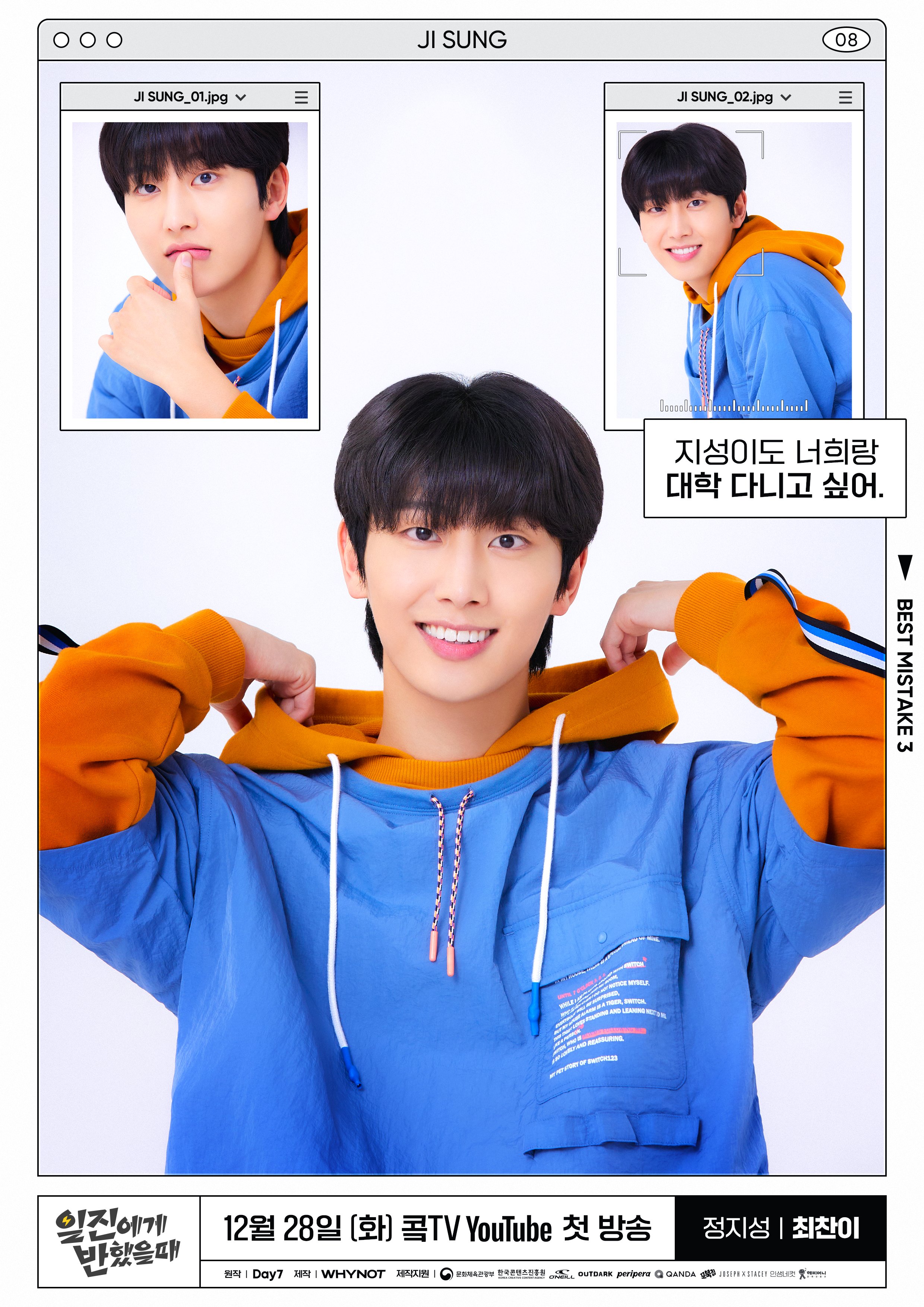 woo!ah!’s Nana plays Yoon Ara, a role that was played by a different actress in Season 2. Her poster hints at romance with Jung Ji Sung through the text, “Wang Ing Ring also likes Ji Sung.” 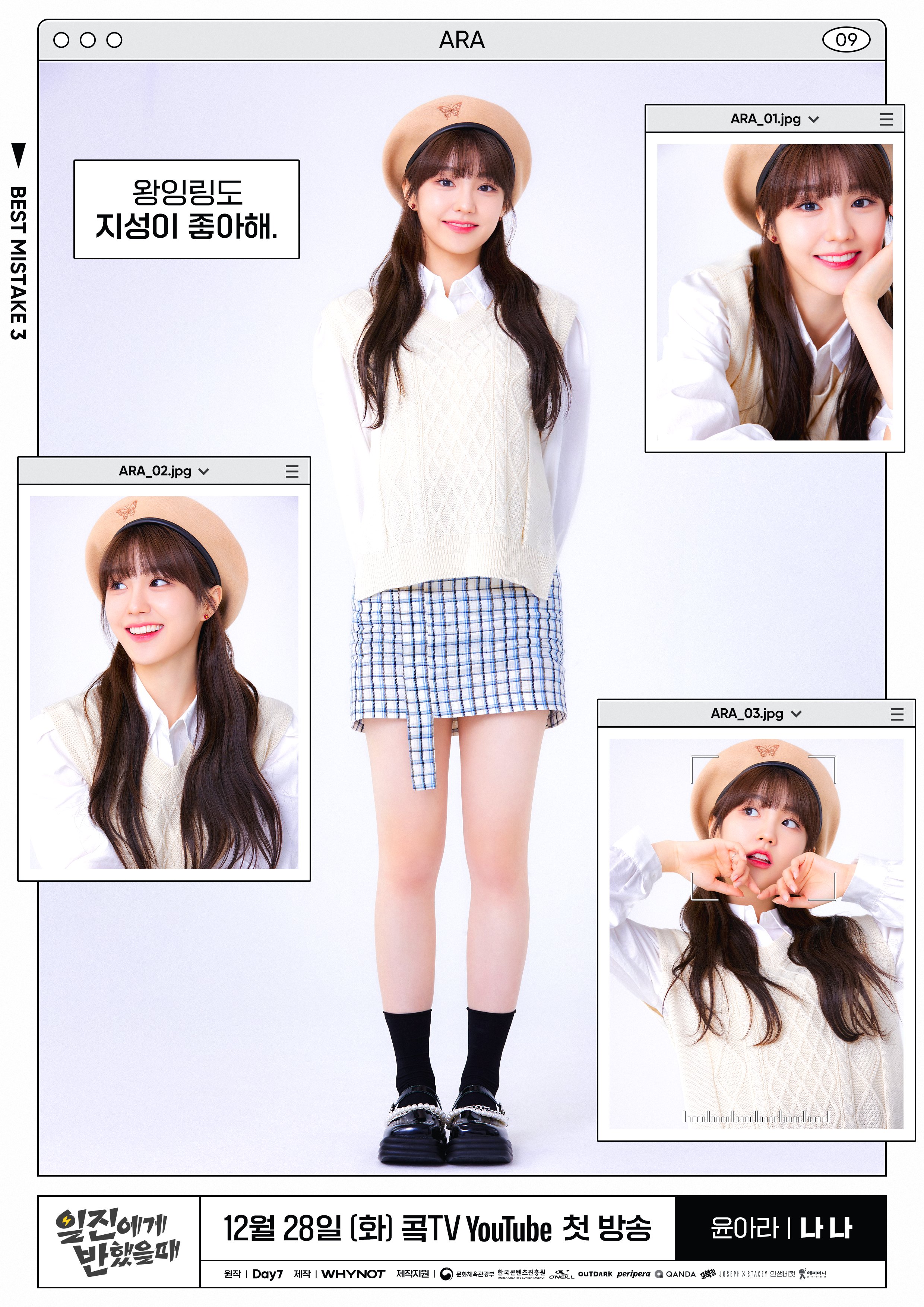 Lee Jung Joon returns as Choi Seung Hyun, who is very skilled at baseball. His poster includes the straightforward quote, “I have no thoughts of dating. Find someone else.” 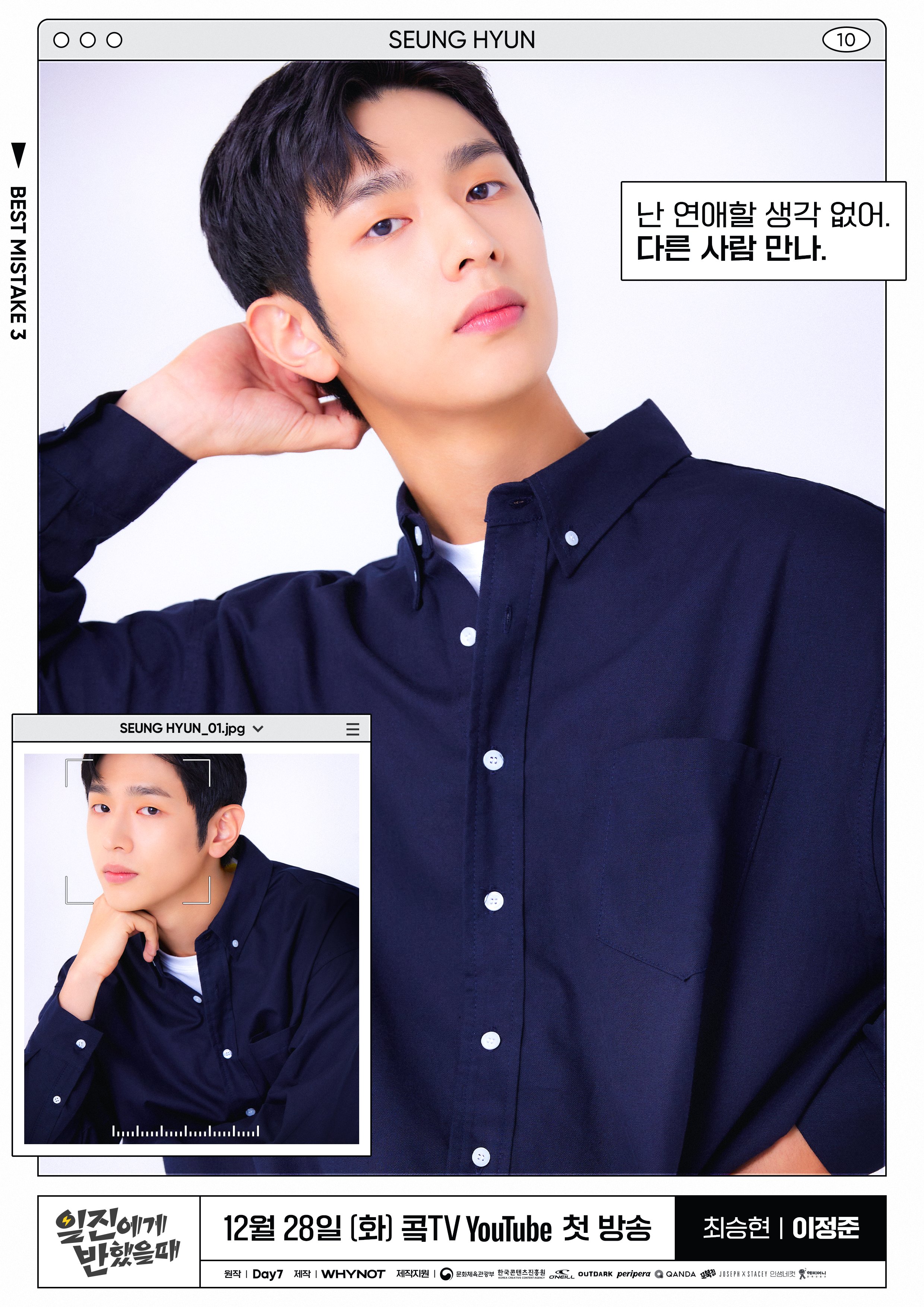 Joo Hyun Young is Ahn Yu Na, who has a crush on Choi Seung Hyun. Her poster says, “I like you, so I’m going to be expressive about my feelings to you.” 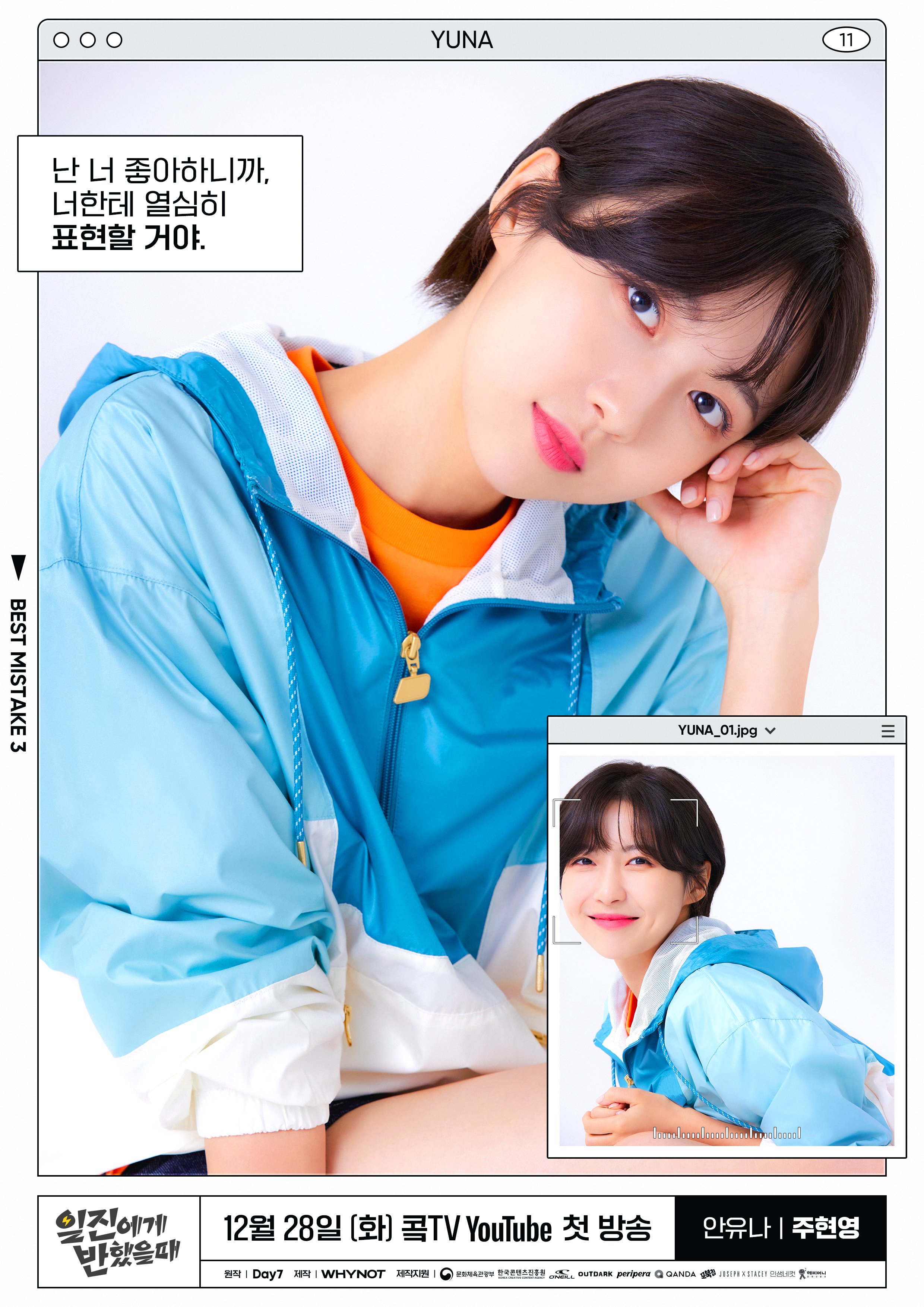 EPEX’s Keum Dong Hyun, who first appeared in Season 2 as Kang Ahun, is back for the new season with the text, “It’s cheating to go on a date without Ahun!” 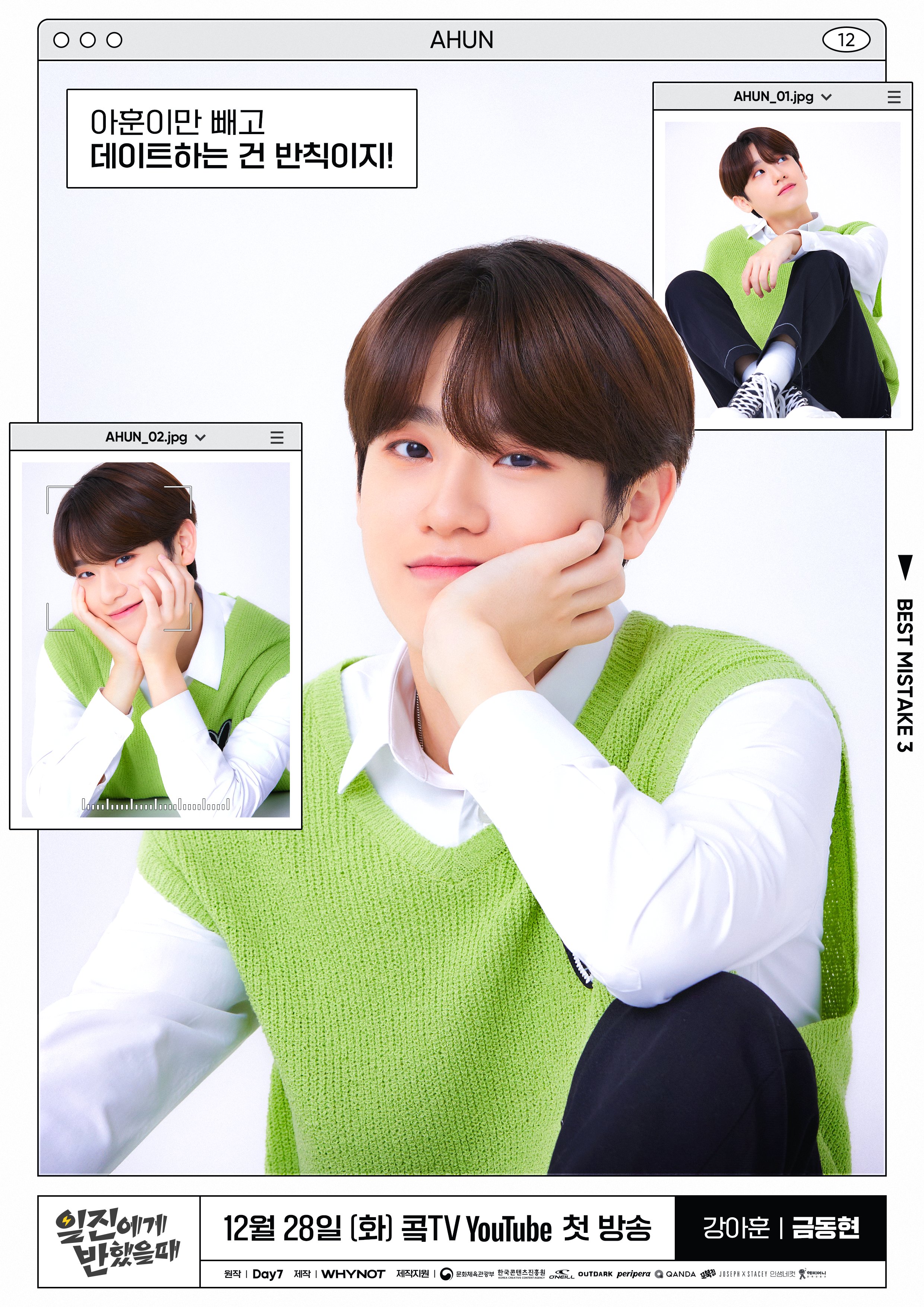 The upcoming season of “Best Mistake” will premiere on December 28 at 6 p.m. KST via KOK TV’s YouTube channel and air every Tuesday and Thursday. The show will also be available on Viki!

Get ready by watching the second season below: