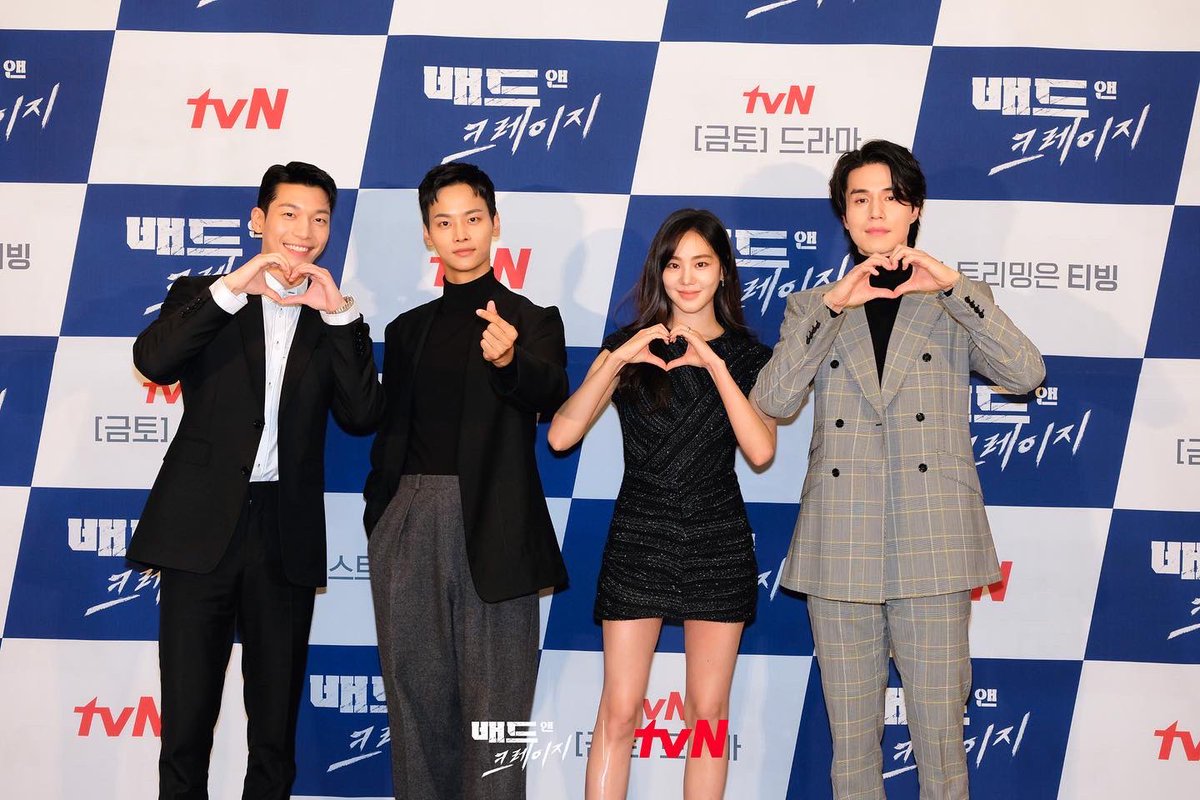 “Bad and Crazy” is directed by Yoo Sun Dong and written by Kim Sae Bom, the team behind OCN’s hit drama “The Uncanny Counter.” The redemption hero drama tells the story of the events that occur after the capable but bad guy Ryu Soo Yeol (Lee Dong Wook) meets K (Wi Ha Joon), a crazy guy when it comes to justice.

Asked about the pressure of following up on the success of “The Uncanny Counter,” producing director (PD) Yoo Sun Dong said, “I didn’t feel any special pressure. I always think of myself as a director who is lacking. I always feel a sense of pressure when I start a project like, ‘Can I do well on this project?’ and ‘Could this be my last project?’ I worked on ‘Bad and Crazy’ with the same staff as ‘The Uncanny Counter,’ and I had a great cast, so I think those who enjoyed my last project will enjoy this one too.” 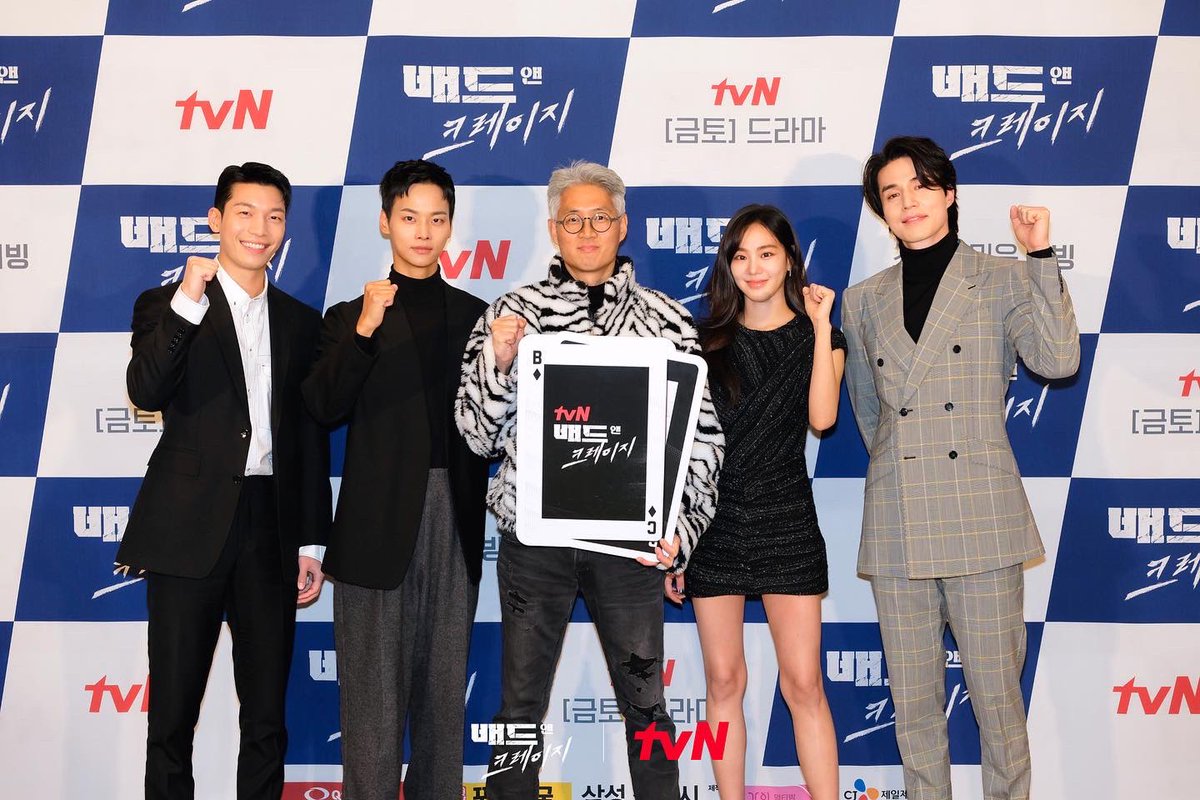 Both Lee Dong Wook and Wi Ha Joon shared that the director and the script were the reasons why they had chosen the drama. Lee Dong Wook said, “PD Yoo had a very decisive plan when it came to the direction. The script was fun too. I felt that I could trust the writer and director.”

Wi Ha Joon added, “I also had fun reading the script. I had faith in how PD Yoo would direct the show.”

Lee Dong Wook shared that he had felt no worries about how playing the ambitious bad guy Ryu Soo Yeol would affect his image. Ryu Soo Yeol is a police detective who doesn’t care about the process as long as it gets good results, a master of the compromise, and only focuses on his work because that’s the only thing that will advance his self-interests.

The actor said, “I felt no sense of pressure about that. I spoke with the director often about how to portray the character as raw as possible. I thought a lot about how to show his extreme materialism. I wasn’t scared to get down and dirty with it. It was very different from what I’d done before.” 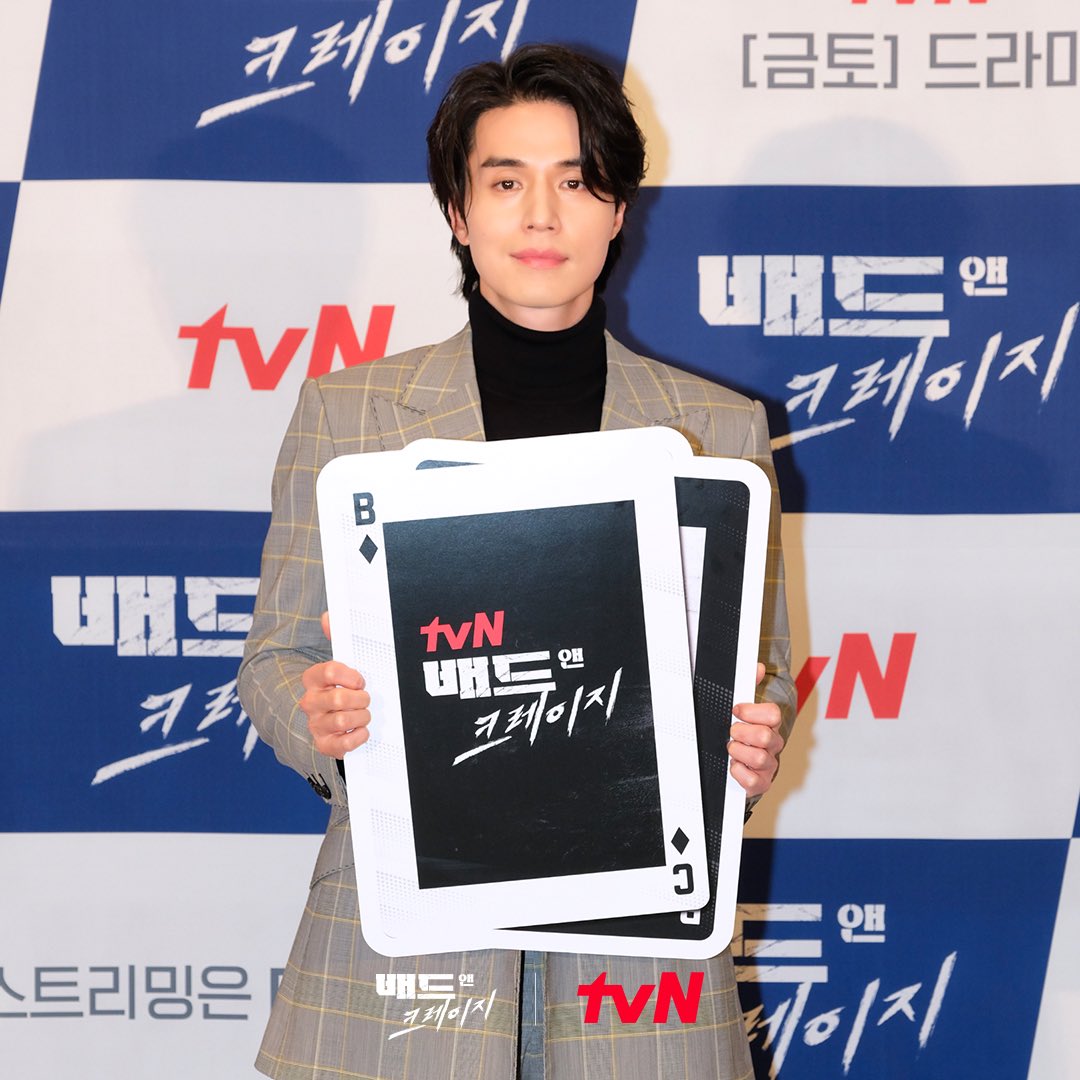 Wi Ha Joon plays K, the helmeted vigilante who believes that he was brought into existence to bring justice to the world. His first target is the corrupt police detective Ryu Soo Yeol. The actor said, “K is an appealing character and something I’ve never tried before. I’m excited to think people will see a new side of me through this character.” 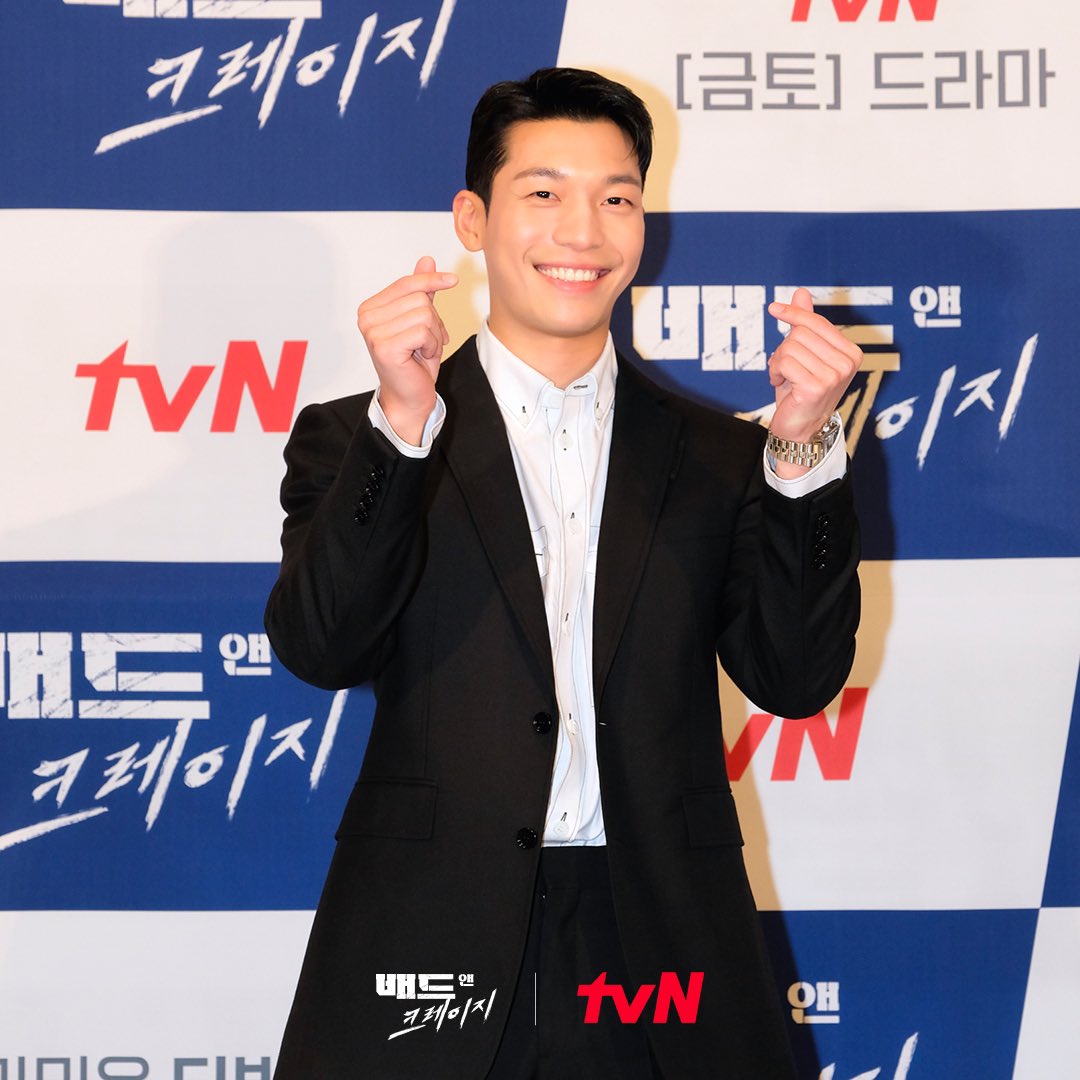 About their characters’ bromance, Lee Dong Wook said, “We synced up so well on set that I often thought, ‘It’s like we’re one person.’ Wi Ha Joon came to filming with an open mind. I threw out various opinions and he listened to all of them. It was really easy to match up with him. You can trust in our bromance.”

Wi Ha Joon said, “My ambition is to win Best Couple at the Baeksang Arts Awards. That’s how good our chemistry is. If I were to sum it up in one phrase, I’d say that we’re ‘real friends.’ You know how when you have a close childhood friend, you play together all day and fight and swear at each other, and miss each other when you’re gone. We didn’t have to work especially hard to match up. Lee Dong Wook was ready to play along to all the smallest things. He has a lot of ideas and he’s very funny. I followed his lead and that’s how our chemistry was born.”

Han Ji Eun co-stars as Lee Hee Kyum, a police inspector in the drug investigation unit and Ryu Soo Yeol’s ex-girlfriend. She said, “Jeet Kune Do is my hobby. I have to exercise, but I don’t find working out in the gym very fun, so I looked up ways to exercise that were fun, and took up Jeet Kune Do. So it wasn’t completely unfamiliar when I tried stunt acting for the first time. I think the hours I’d spent with my instructor helped a lot. K is the real action hero of the drama, but Hee Kyum does some key actions from time to time.” 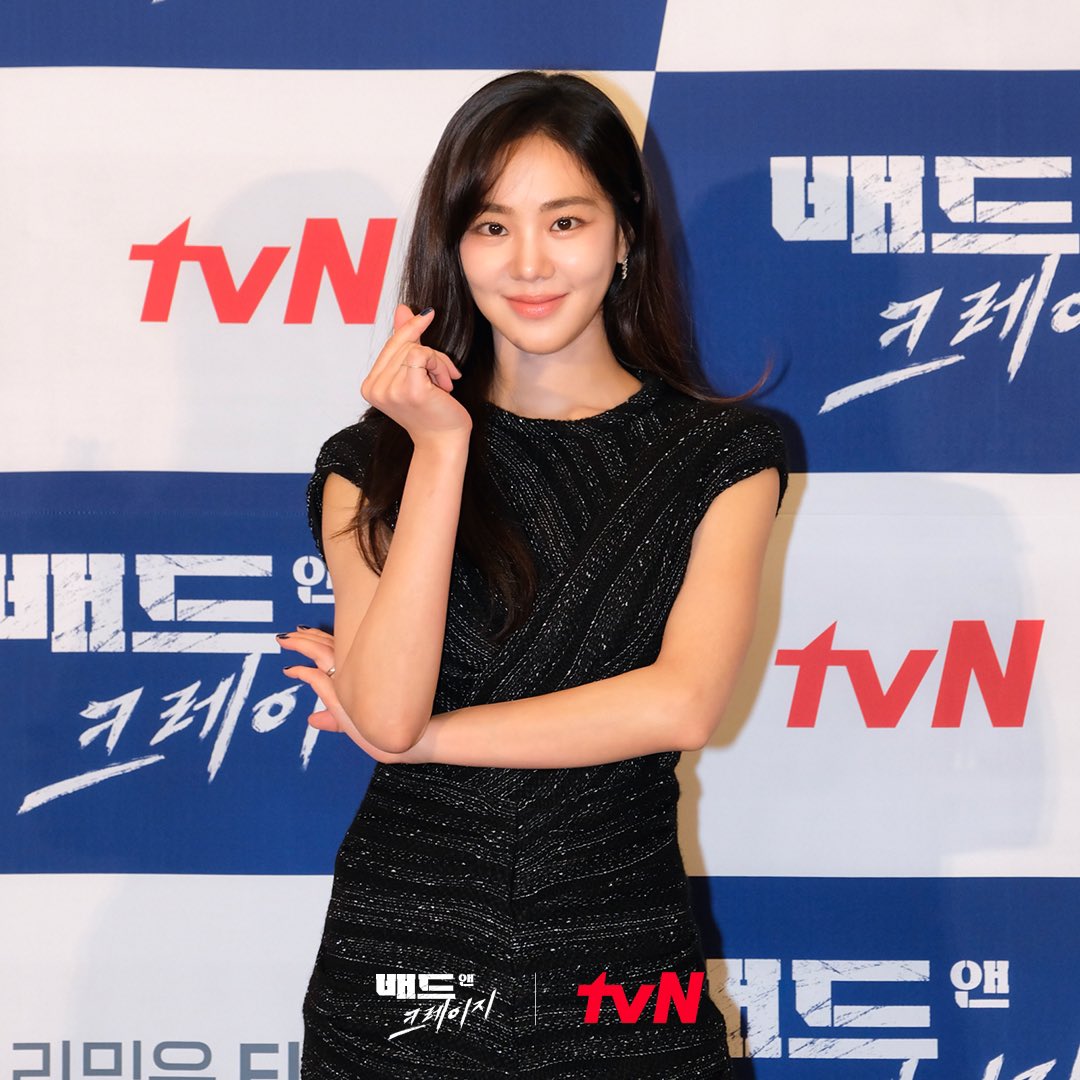 Cha Hak Yeon plays Oh Kyung Tae, a police constable at Sohyang Police Station and a stickler for the rules. He said, “The script was very entertaining. It felt like a drama that would be emotional, funny, and entertaining to watch, so I wanted to join. I wanted to assist in the creation of this drama.” He added, “I still haven’t used up a tenth of the energy that I have after my discharge from the military. I can do 40 more projects.” 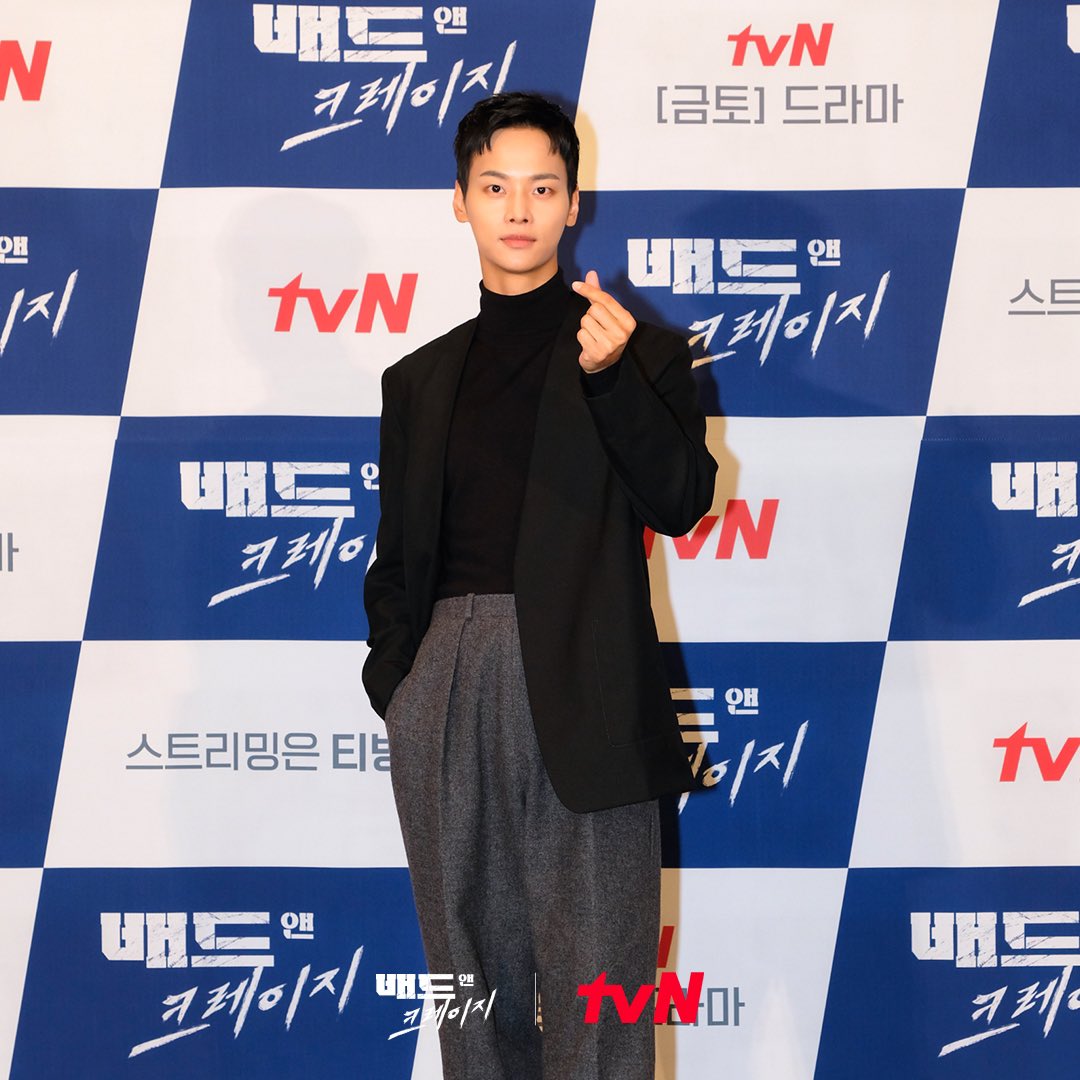 Check out Cha Hak Yeon in “Children of Nobody” below!