“The Red Sleeve” is the K-drama present that was gifted to us K-drama lovers for the holiday season. The series has managed to take the world by storm, making it one of the most talked about K-dramas this winter season. If you haven’t picked it up yet and are curious about whether or not you should start, here are five reasons to help persuade you!

It may seem like a standard star-crossed lovers themed storyline, but there’s something about this particular series that really tugs at the heartstrings. The romantic scenes, lines, gazes, and gestures are not at all cheesy but conveys a level of depth that is very heart-fluttering. Seeing how much the emperor is so deeply in love with his court lady despite not knowing her feelings for him is heartwrenchingly beautiful and worth watching. He sees no class or status, and we’re here for it.

If you’re like anyone in the general population, you’re completely smitten with Junho and have most likely fallen head over heels in love with him – we really don’t blame you. With the stark contrast in his character of being a ruthless warrior who will protect his people and being a gentle soul who wears his heart on his sleeve, Junho has outdone himself and made everyone a believer. He is the real deal, and we will hopefully get more of him from here on out.

Junho as an emperor who will protect his people at all cost:

Junho as an emotional lover who passionately shows his feelings to his court lady:

“The Red Sleeve” is the first historical drama to tell the story of court lady Seong Deok Im. Because of her relationship with emperor Yi San, she is a notable historical figure. The way in which her life is portrayed is significant in that court ladies are often portrayed as being servants and only being obedient to the royal family. However, with Seong Deok Im, her wit and charm are also shown along with her obedience. 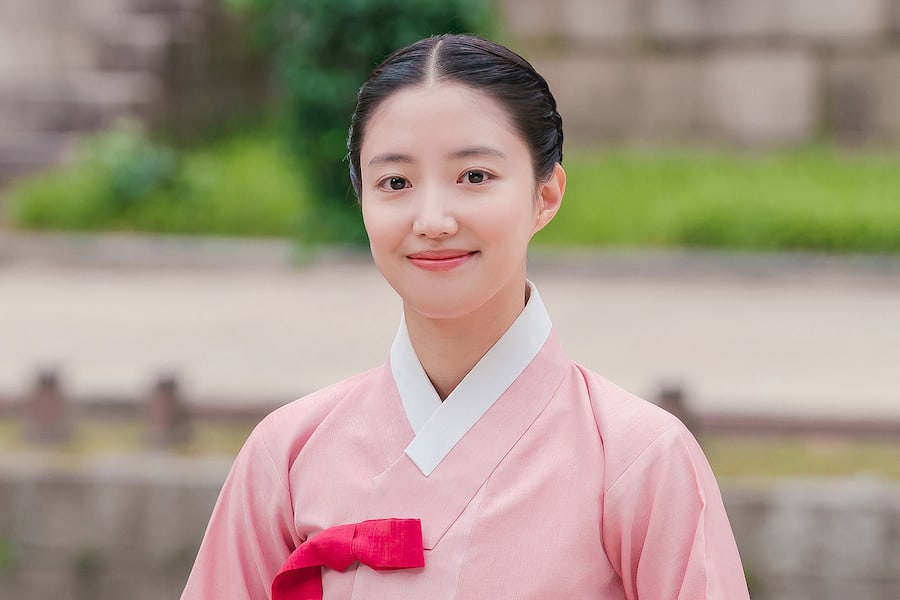 Lee Se Young’s presence on the small screen is always entertaining and her acting abilities never fail to impress. She effectively portrays her character who is both silly and elegant in a way that is charming and intriguing to viewers. What’s even more exciting is that Lee Se Young has been in the industry for quite some time and we can guarantee to see her in more challenging roles in the future!

When you have Ben singing on the OST of a K-drama, you know you’re going to get all kinds of emotional. Ben’s angelic voice in the song titled “Starlight Heart” is the perfect addition to this perfect love story. In fact, even if you haven’t watched any of the series, it is bound to touch your heart. Just have a listen:

On top of this, there’s also Wheein’s beautiful vocals accompanying the soundtrack with the song titled “I wish.” It perfectly depicts the emotions felt with the OTP and their feelings for each other.

The perfection of this soundtrack doesn’t end here. There are also NU’EST’s Minhyun, Jeong Sewoon, Lucia, and more to come. The songs are endlessly emotional and encompass the intense feelings that this series gives.

5. The chemistry and romance

There is something electric about Lee Junho and Lee Se Young together in this drama. Their love story is undoubtedly a slow-burn, but the subtle ways in which the two interact with each other are downright electrifying. This is obviously a testament to the two actors’ chemistry with each other that they are able to show so effortlessly. The build-up of the emotions and feelings that the characters have for each other from the beginning of the series is so beautiful and satisfying that it makes the simple physical interactions that much more intoxicating.

Within their beautiful romance, there is also charming humor and banter we get between the two. This provides the comic relief and butterflies that continually tug at our heartstrings.

Start watching “The Red Sleeve” below: