Get ready for Golden Child’s Bomin and Shim Dal Gi to grow even closer on “Shadow Beauty”!

Bomin stars in the drama as class president Kim Ho In, who is in the same class as Goo Ae Jin, while PENTAGON‘s Hongseok plays idol trainee Lee Jin Sung, who is her only friend at school. Heo Jung Hee plays Yang Ha Neul, who has a complicated relationship with Goo Ae Jin as both her bully at school and her online best friend.

Previously on “Shadow Beauty,” Yang Ha Neul began to suspect that Goo Ae Jin might be the same person as Genie. In order to prevent her from figuring out the truth, Goo Ae Jin teamed up with the only person at school who knew her secret: Kim Ho In.

In newly released stills from the drama’s next episode, the dynamic between Goo Ae Jin and Kim Ho In appears to have evolved. Up until now, the two students hid the fact that they had become unlikely friends—but in the upcoming episode, Goo Ae Jin and Kim Ho In confront each other in the hallway, out in public where anyone can see them. Their serious expressions and the fact that Shim Dal Gi seems unconcerned with keeping their changed relationship a secret raise the question of what might have happened between the two characters. 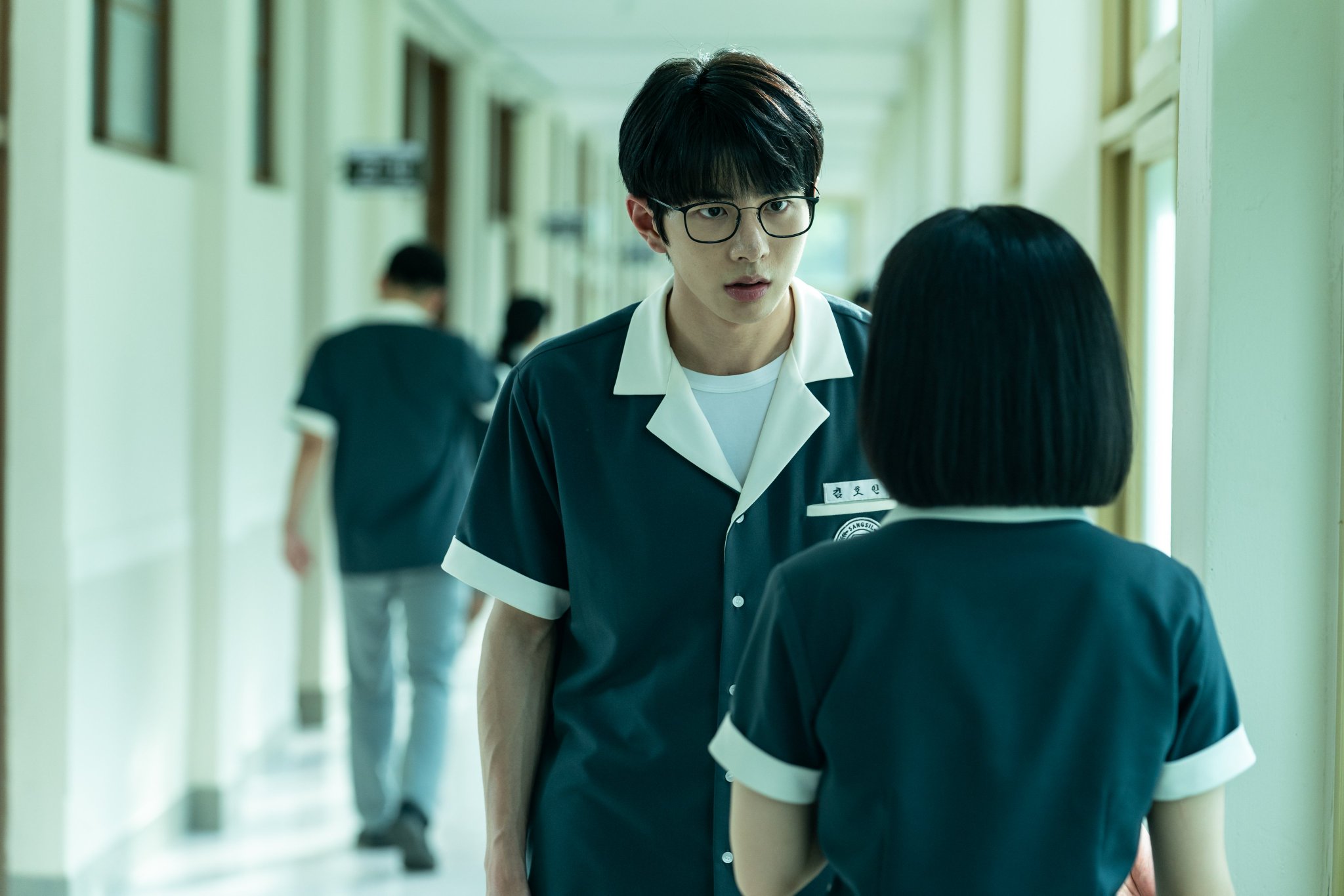 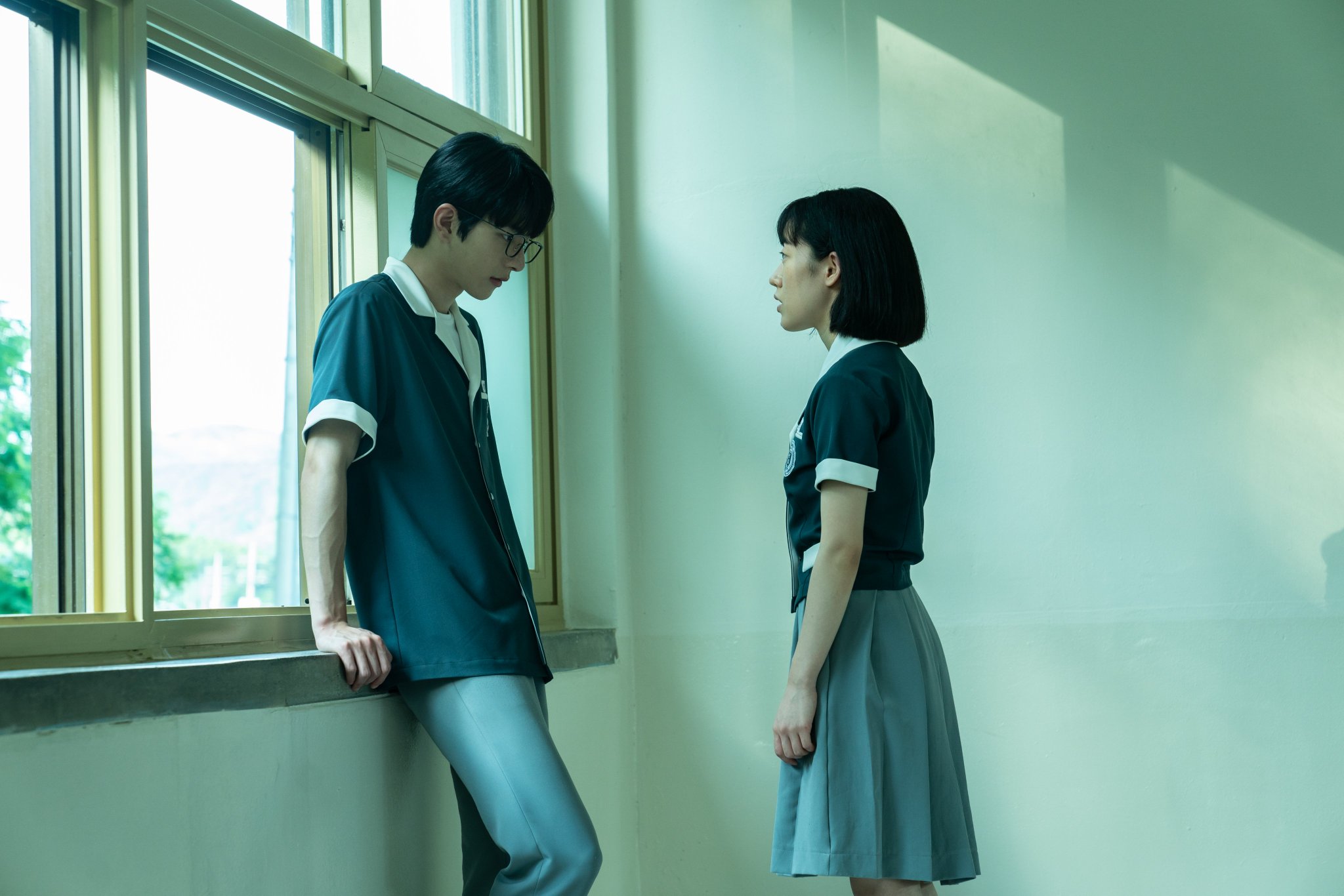 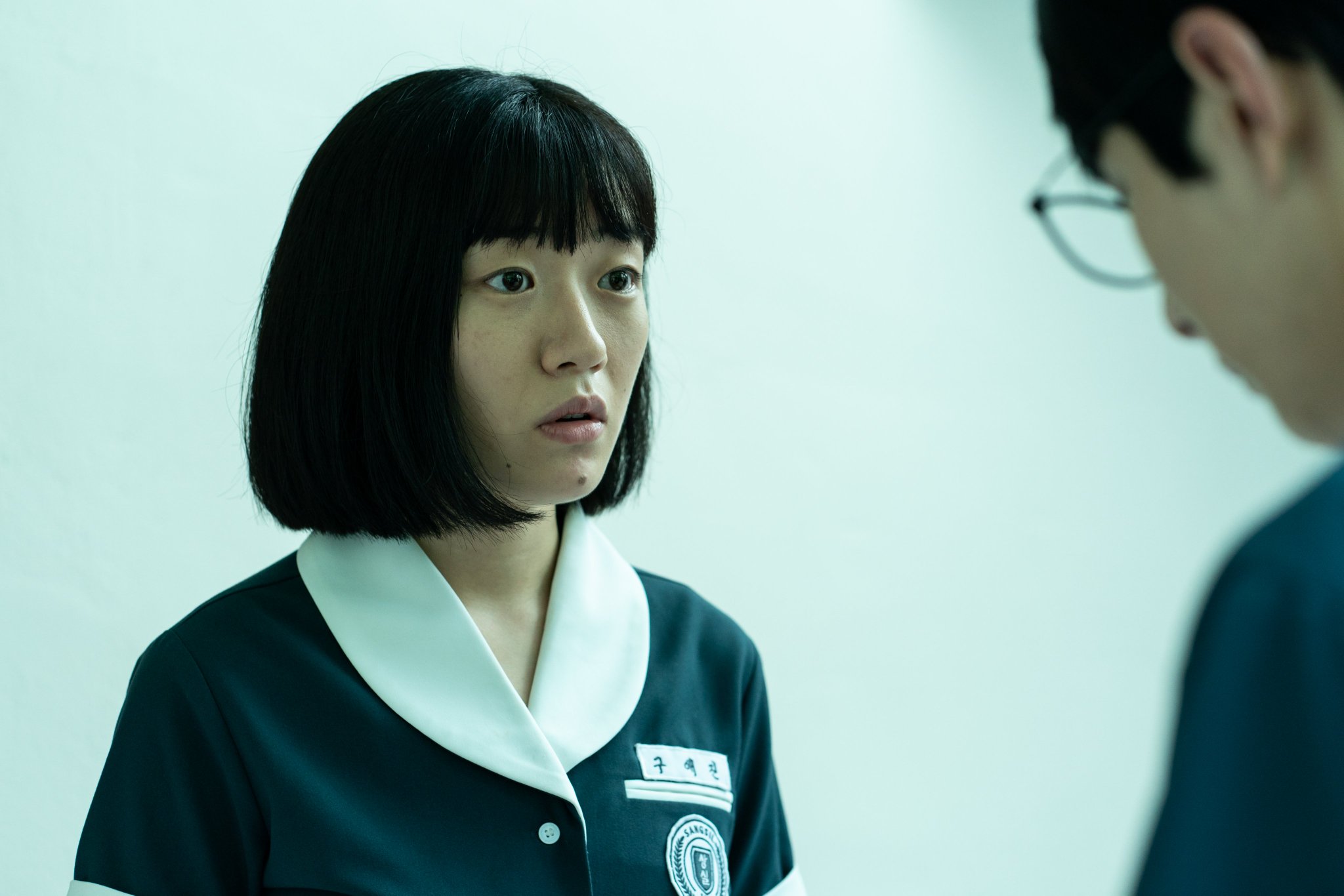 In another set of stills, Kim Ho In seeks out the distraught Goo Ae Jin at her private hiding spot on the roof and attempts to comfort her.

When Goo Ae Jin buries her head in her arms in despair, the way Kim Ho In crouches down and speaks to her gently makes it obvious just how much he cares about her. 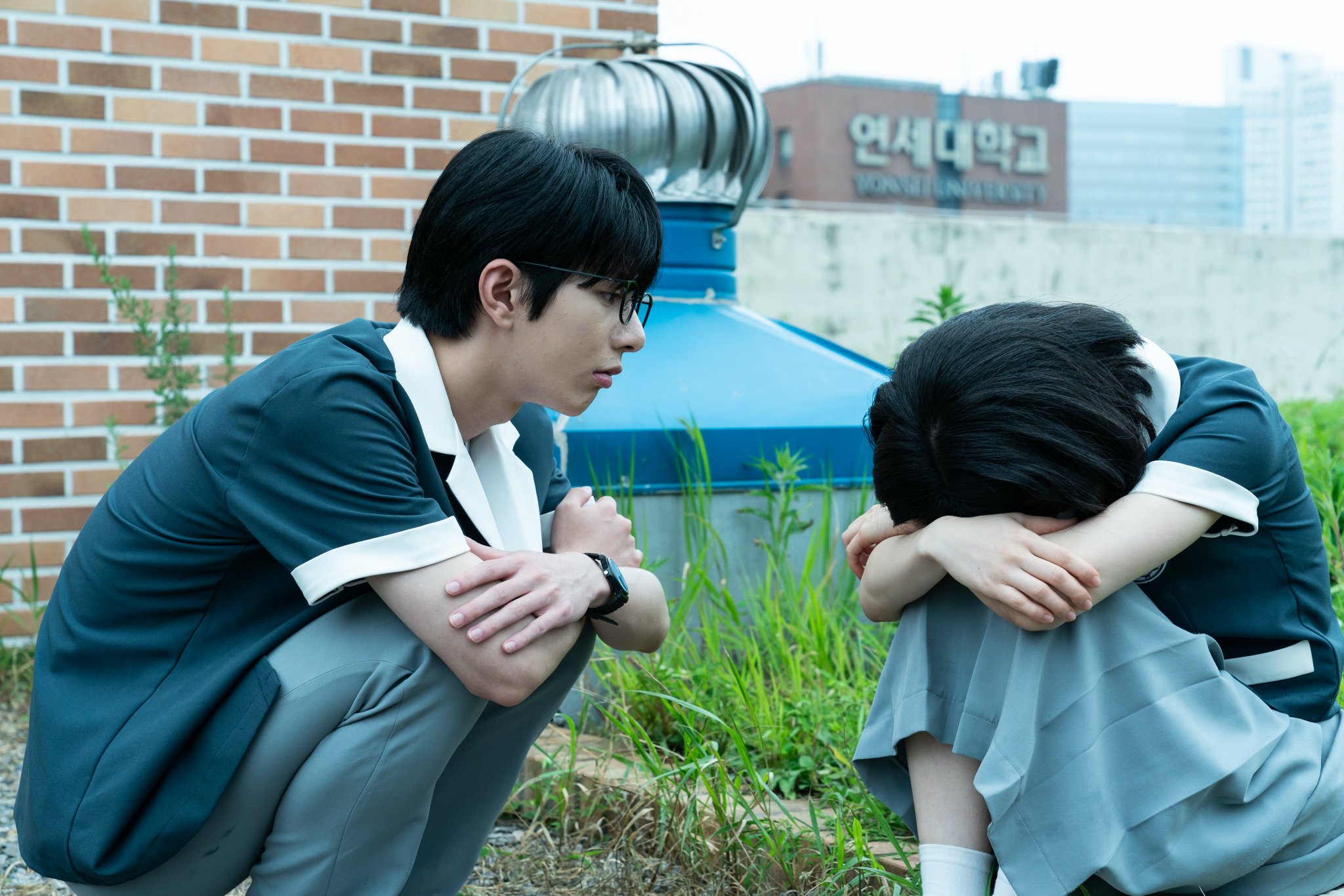 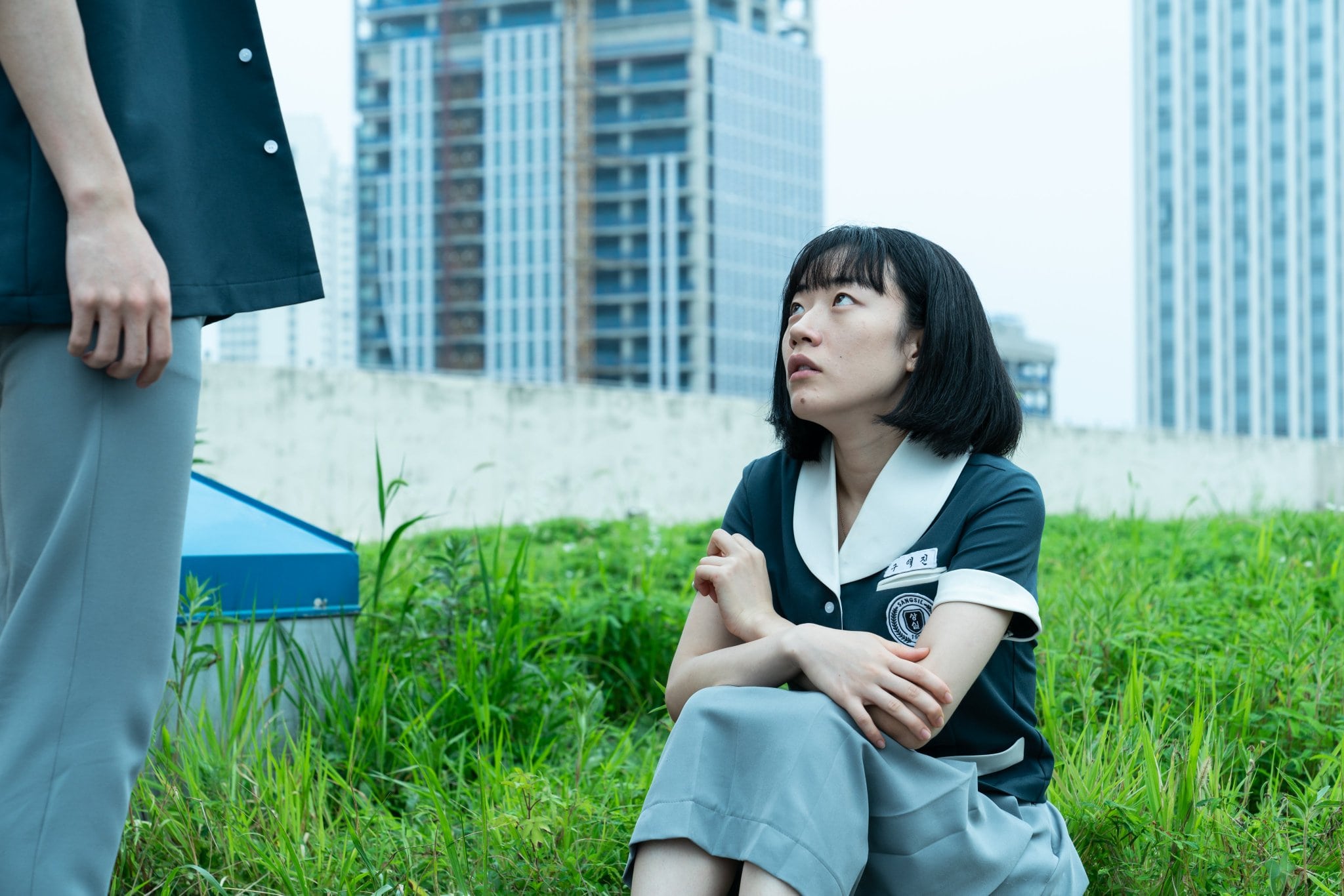 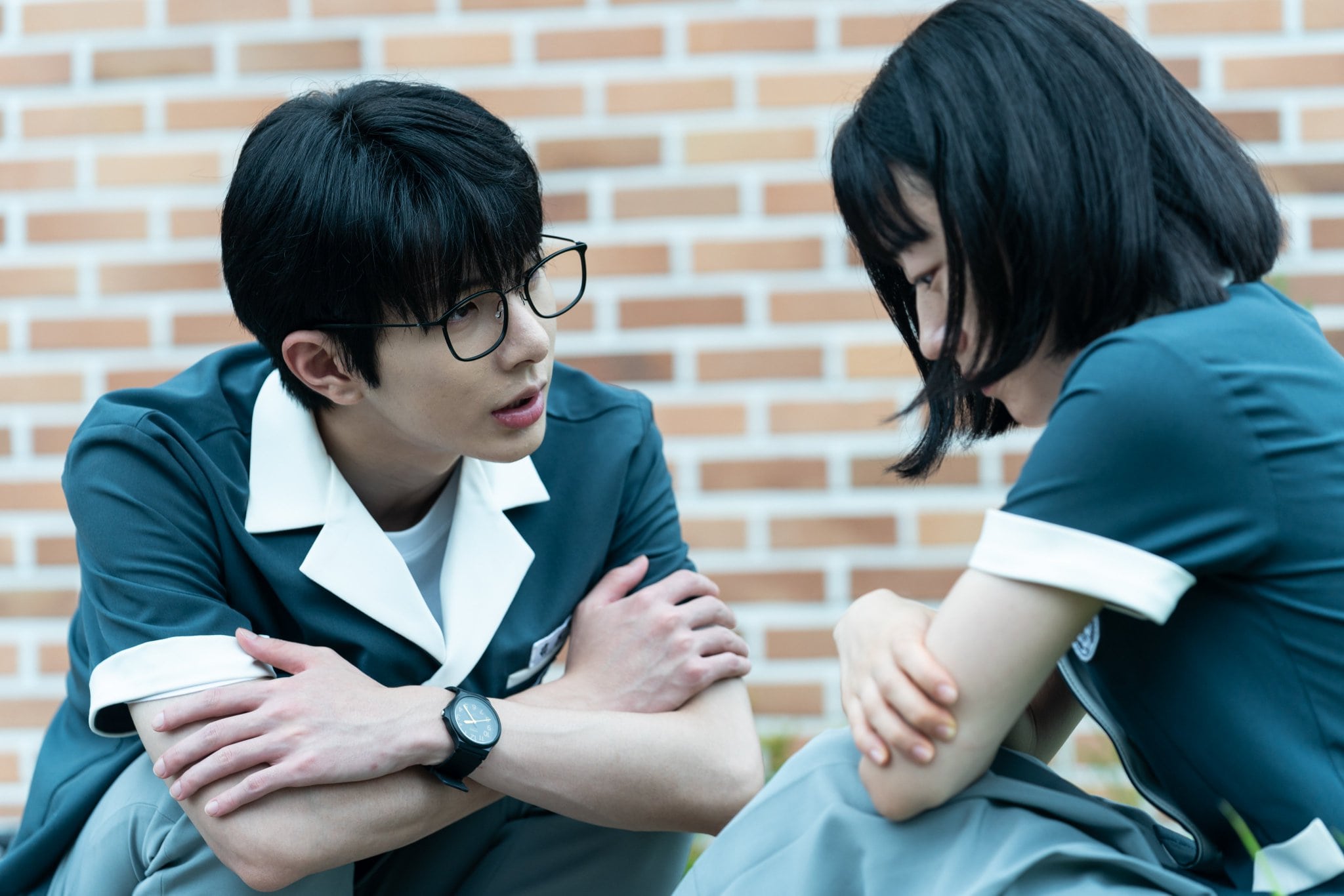 To find out what develops between the duo, tune in to the next episode of “Shadow Beauty” on December 15 at 8 p.m. KST!