Once again, MBC’s “The Red Sleeve” has dominated this week’s rankings of the most buzzworthy dramas and actors!

For the fifth consecutive week, “The Red Sleeve” topped Good Data Corporation’s weekly list of the dramas that generated the most buzz. The company determines each week’s rankings by collecting data from news articles, blog posts, online communities, videos, and social media about dramas that are either currently airing or set to air soon.

Meanwhile, KBS’s new historical drama “The King of Tears, Lee Bang Won” made a strong start as the No. 2 most buzzworthy drama in its first week on air.

tvN’s “Happiness” stayed strong at No. 3 on the list of most buzzworthy dramas in its final week on air, while stars ZE:A’s Park Hyung Sik and Han Hyo Joo ranked No. 9 and No. 10 respectively on the actor list.

SBS’s new drama “Our Beloved Summer” entered the drama rankings at No. 4, and its stars Kim Da Mi and Choi Woo Shik came in at No. 3 and No. 7 respectively on the list of most buzzworthy drama cast members.

The top 10 dramas that generated the most buzz in the second week of December are as follows: 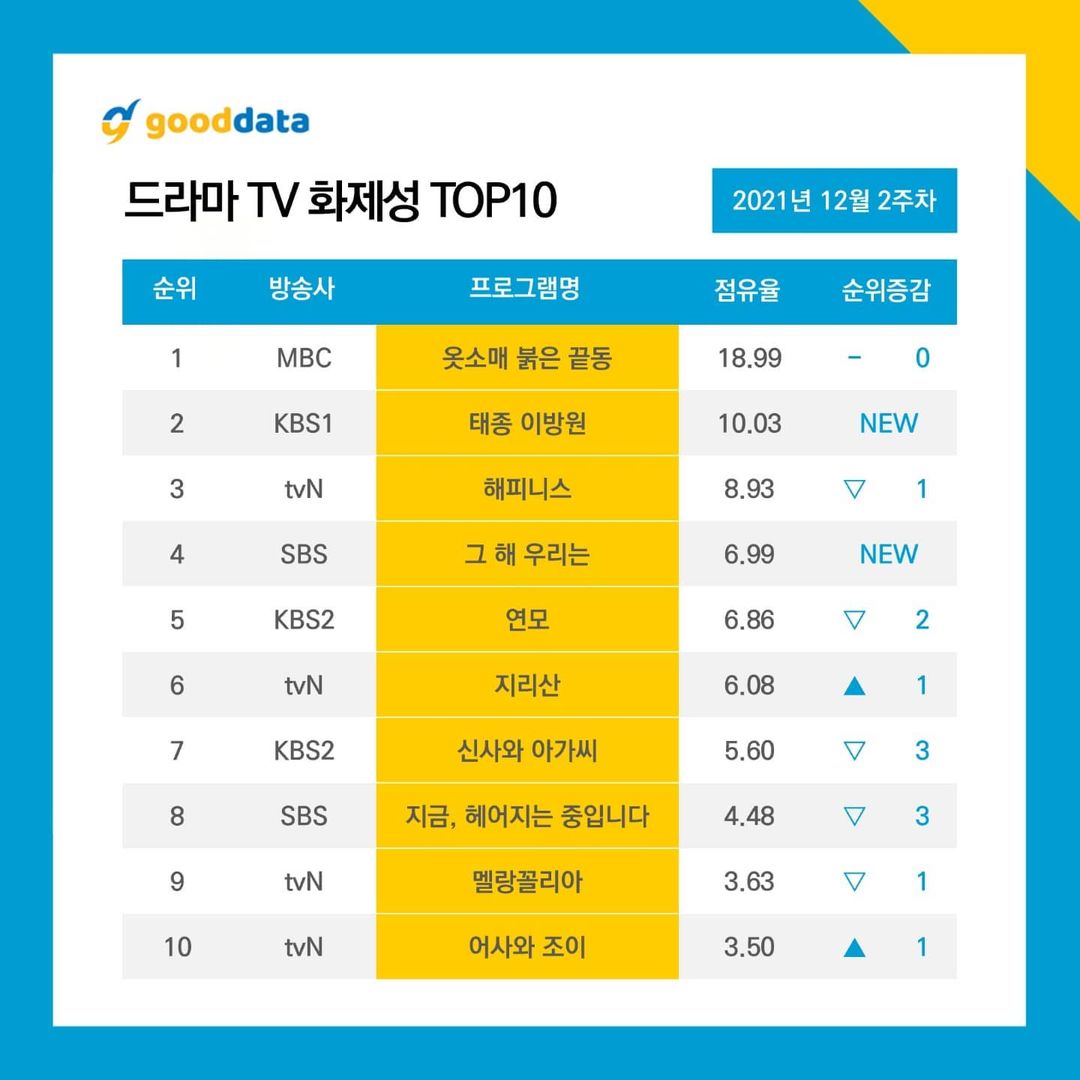 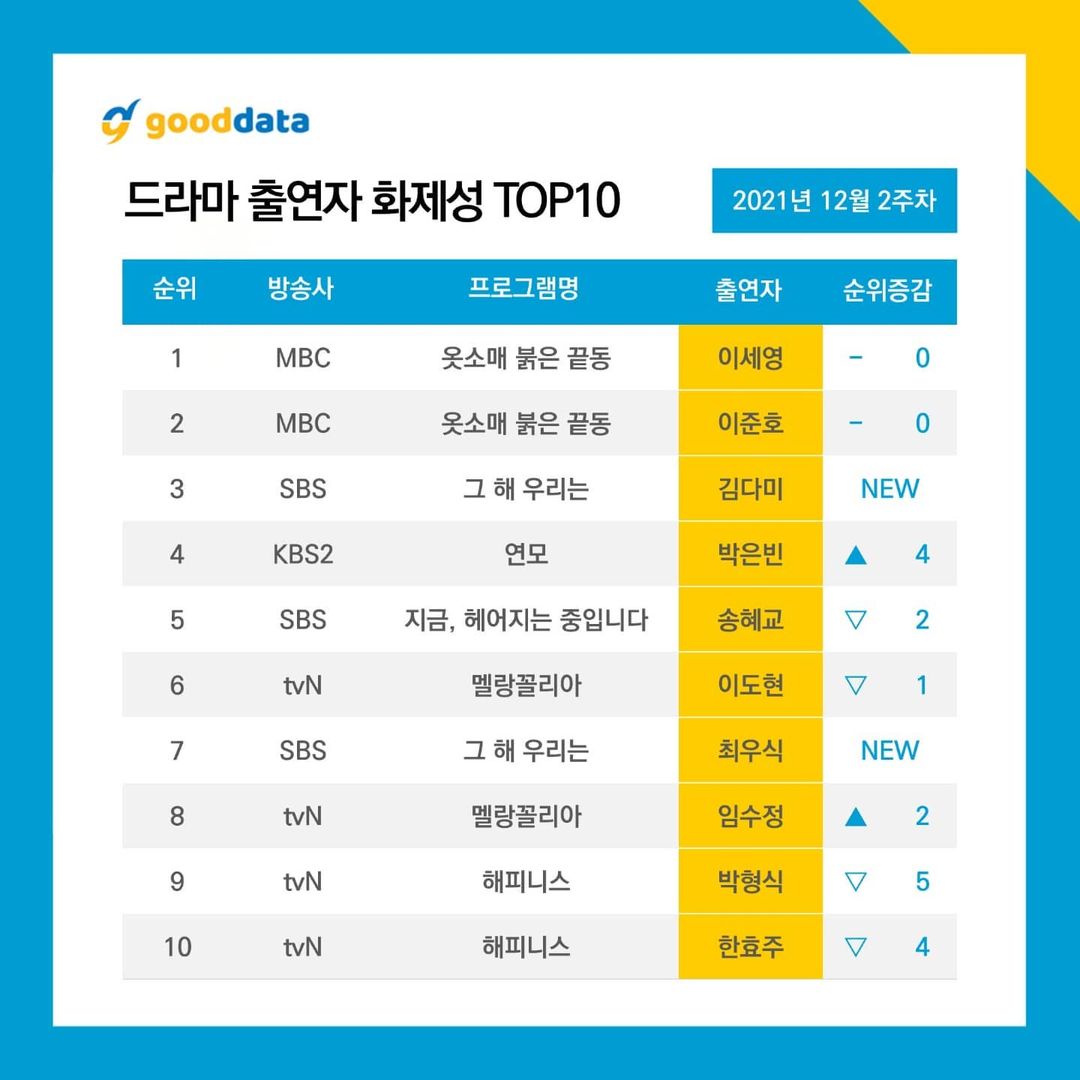 Watch full episodes of “The Red Sleeve” with subtitles here:

And “The King of Tears, Lee Bang Won” below!