NCT’s Mark, Doyoung, And Johnny Apologize For Their Reactions To An Earthquake Alert During Live Broadcast

Three members of NCT apologized for their reactions to an earthquake alert during a live broadcast for NCT’s new album “Universe.”

On December 14, NCT held a live broadcast on YouTube titled “NCT Universe Countdown Live.” At around 5:19 p.m. KST, an emergency alert warning of a magnitude 4.9 earthquake just off the coast of Jeju Island was heard going off during the broadcast.

The NCT members initially thought this was a COVID-19 alert. When the staff said that it was an earthquake, Mark, Doyoung, and Johnny briefly sang and danced to the song “Earthquake,” one of NCT’s B-side tracks from “Universe.” The other members put a stop to the behavior, shared their hopes that people were safe, and the broadcast continued on.

Mark wrote, “I want to say that I am deeply sorry for the image that I showed of myself during today’s comeback live broadcast. I am really sorry for misjudging the situation and acting carelessly and rashly. I will reflect deeply on myself and work hard to never show behavior like this again.”

Doyoung wrote, “Hello, this is Doyoung. During today’s comeback live broadcast, I made a rash mistake without properly recognizing the situation. I want to apologize for those who were hurt and felt uncomfortable because of my frivolous actions and words. This was entirely my mistake, so I apologize again without excuses. I will work hard in order to not make a mistake like this again. Once again, I want to say sorry to those who were hurt by my actions and words.”

Johnny wrote, “I am very sorry for my rash actions during the comeback live broadcast. In future, I will be more careful about my thoughts and actions. I am really sorry. I want to apologize again to those who felt uncomfortable while watching my behavior.” 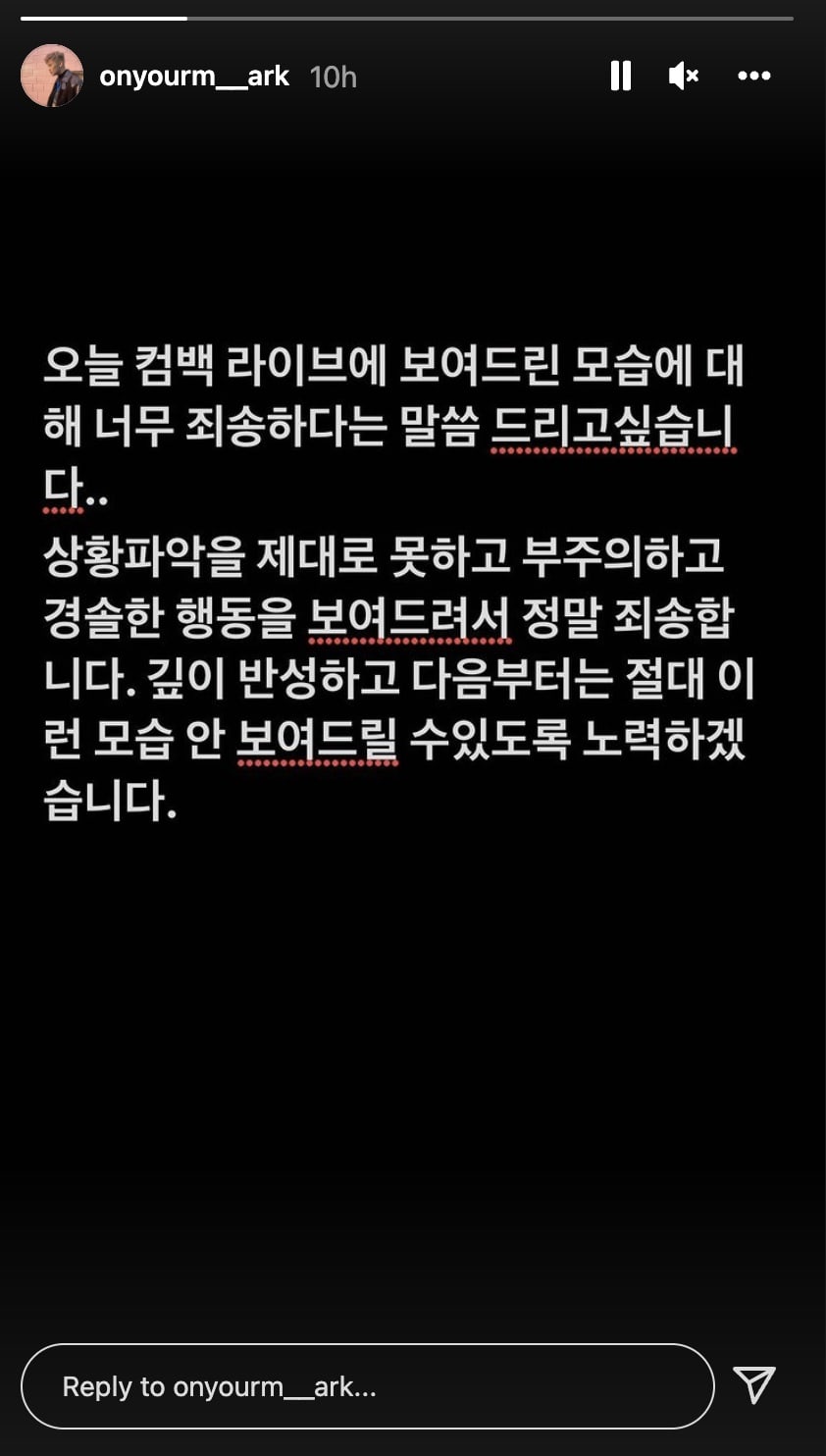 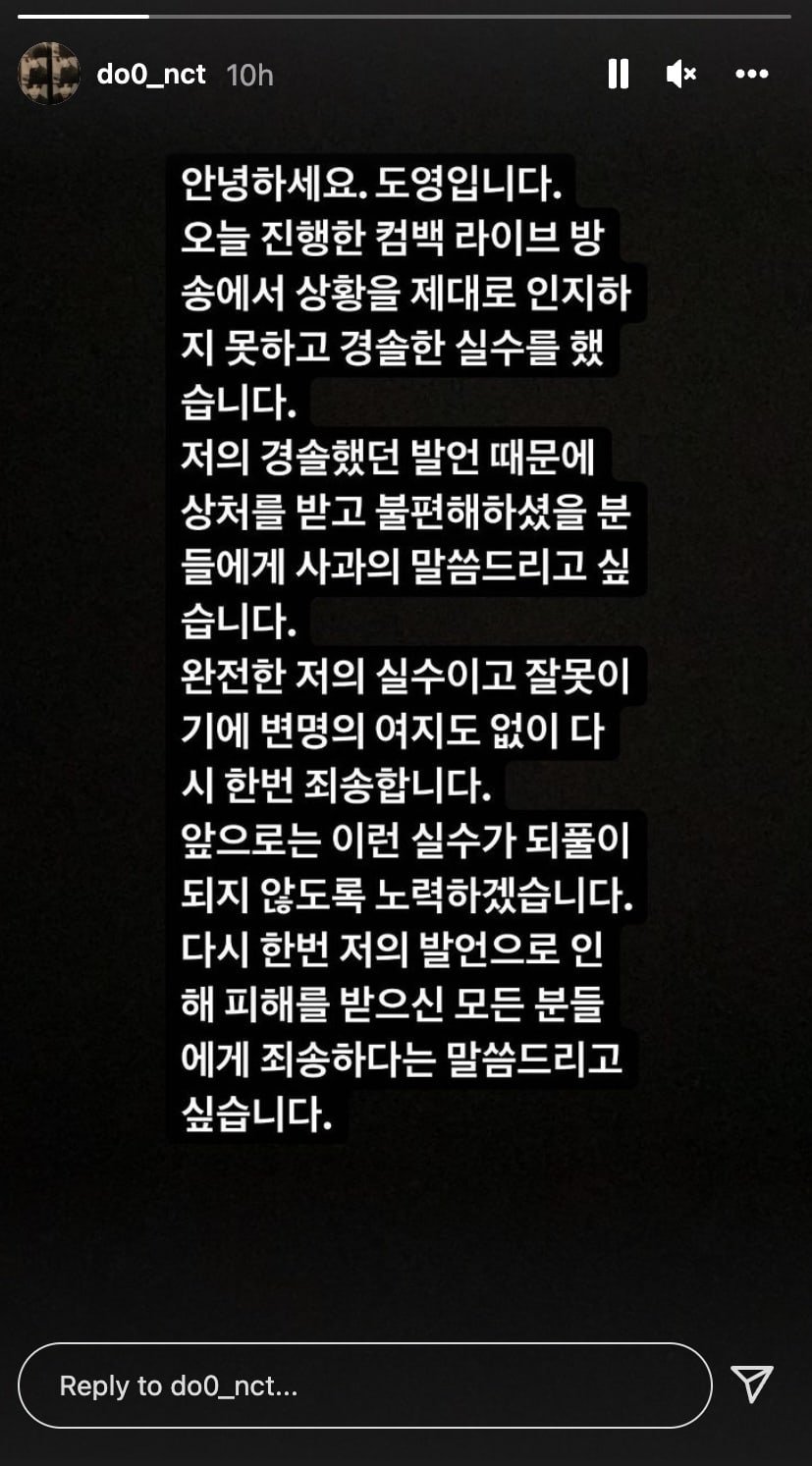 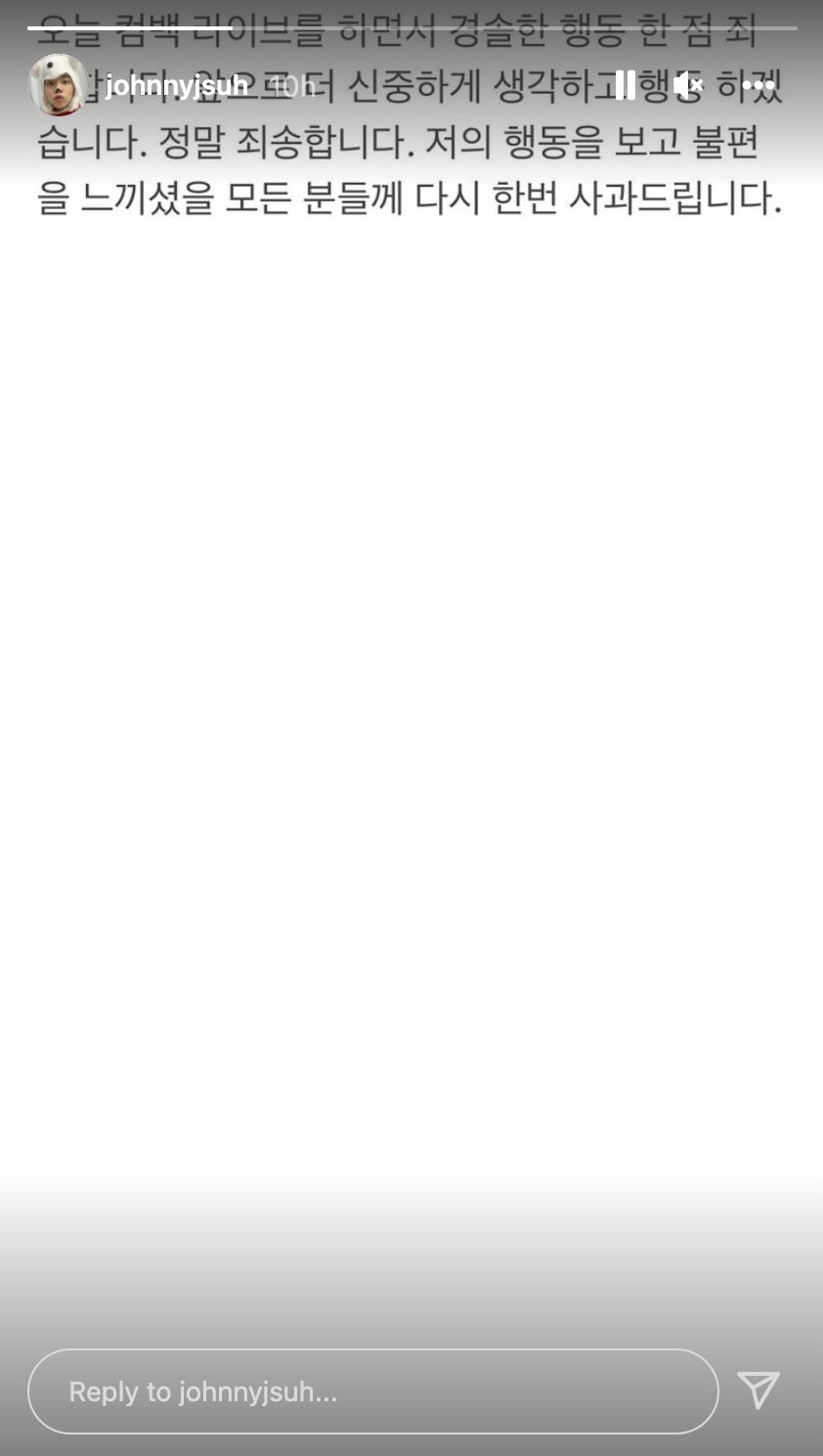 Editor’s Note: This article has been edited for clarity.

NCT
johnny
Doyoung
Mark
How does this article make you feel?