Son Ye Jin, Jeon Mi Do, And Kim Ji Hyun Are All Smiles In Dazzling Poster For Upcoming Drama

“Thirty-Nine” is about three friends who met in their second year of high school and are now on the verge of turning 40. The drama will tell the beautiful and emotional everyday stories of three 39-year-old woman who encounter unforeseen circumstances.

Son Ye Jin will play Cha Mi Jo, the head dermatologist of a clinic in Gangnam. She is a warm character who grew up in a wealthy environment with a caring family and everything she could wish for.

Jeon Mi Do will take on the role of Jung Chan Young, who dreamed of becoming an actress but ended up becoming an acting teacher instead. Although her way of speaking may seem blunt and harsh, the sincerity in her words makes her a character impossible to hate.

Kim Ji Hyun will transform into Jang Joo Hee, a department store cosmetics manager. Due to her timid personality, she has yet to really experience a romantic relationship.

The newly released poster shares a glimpse of the trio’s close friendship. Cha Mi Jo, Jung Chan Young, and Jang Hoo Jee have their arms around each other, and their smiles are warmer than the sunlight. The poster exudes comfort and happiness with the bright background and cheerful bubbles surrounding the characters.

Fate brought Cha Mi Jo, Jung Chan Young, and Jang Hoo Jee together at the tender age of 18, and they’ve remained friends ever since. They fiercely interfere with each other’s lives, but their strong friendship remains unchanged. The text on the poster reads, “We didn’t know we were so ‘close’ with each other,” expressing the deep affection they have for each other. 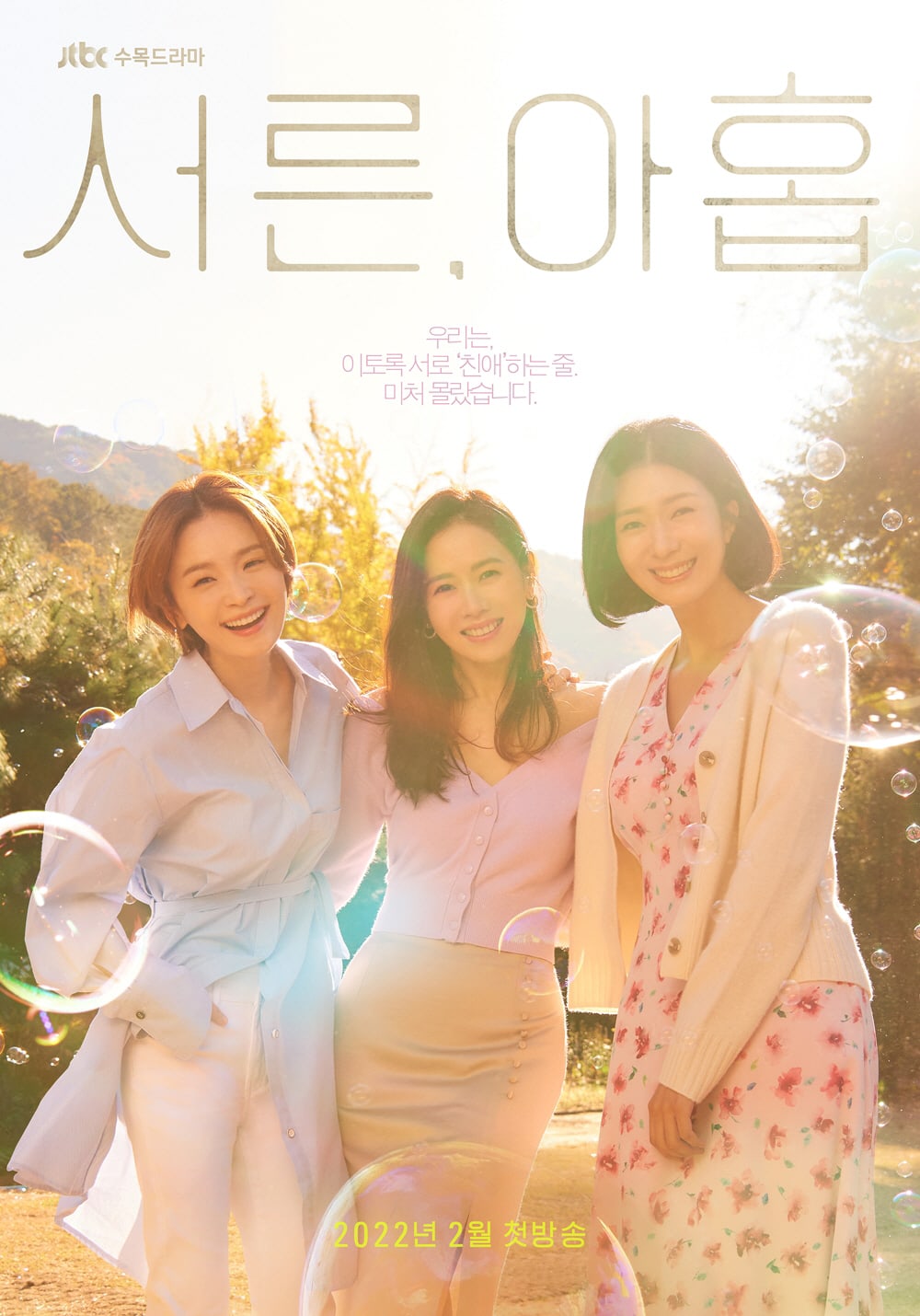 “Thirty-Nine” will premiere in February 2022.

In the meantime, watch Son Ye Jin in “Personal Taste” below: