Shin Min Ah has graced the cover of the January 2022 issue of fashion magazine Elle!

The actress showed off both her lovely and sophisticated charms as she posed in diverse environments that highlighted her grace and beauty. 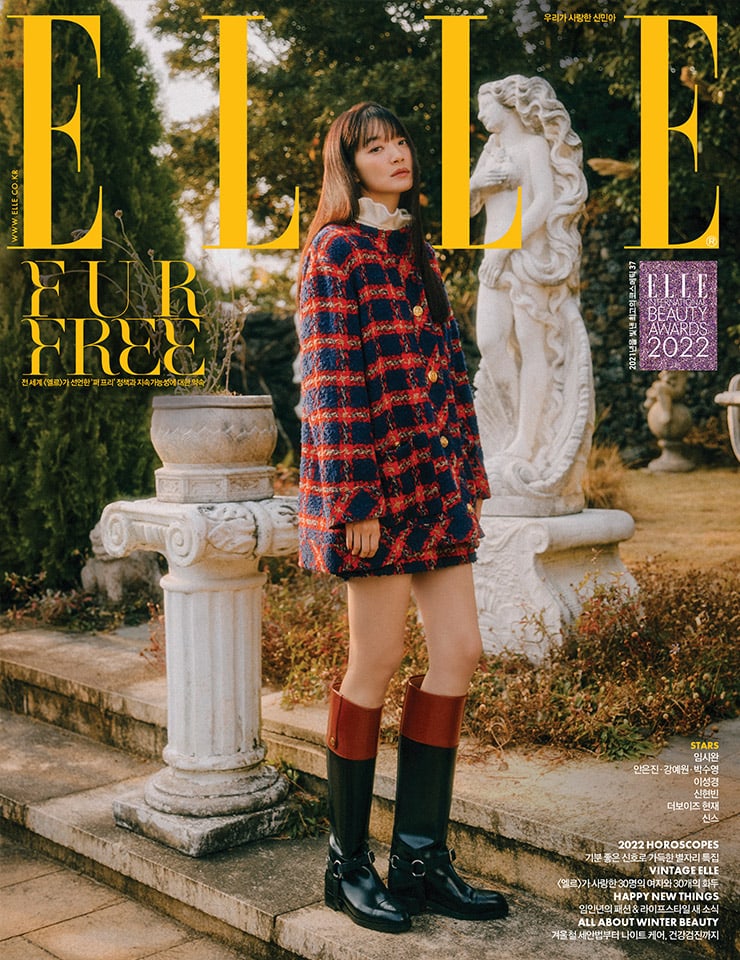 During the interview, Shin Min Ah shared that she has been filming the upcoming drama “Our Blues” (literal title). “Our Blues” is an omnibus-style drama that tells the sweet, sour, and bitter life stories of diverse characters in the lively setting of Jeju Island. The star-studded cast includes Lee Byung Hun, Kim Woo Bin, Han Ji Min, Lee Jung Eun, Cha Seung Won, and Uhm Jung Hwa. Shin Min Ah will play Min Sun Ah, a woman with a secret who arrives at Jeju.

The actress said, “I’m filming ‘Our Blues,’ and I think I will be able to show fans a different performance from my previous work. I’m really focused and excited these days. The rich stories portrayed by various actors will comfort viewers a lot.”

She remarked, “I think I became more flexible after portraying Yoon Hye Jin in ‘Hometown Cha-Cha-Cha.’ Just because I start a new project doesn’t mean that my previous project disappears from inside of me. The name of my character in ‘Our Blues’ is Sun Ah. Right now, I am Hye Jin and Sun Ah. I’ve been living and thinking as Hye Jin for months, so I want to say goodbye to her properly, but I started filming my next project shortly after ‘Hometown Cha-Cha-Cha’ ended, so I feel [like I’m both characters] even more.” 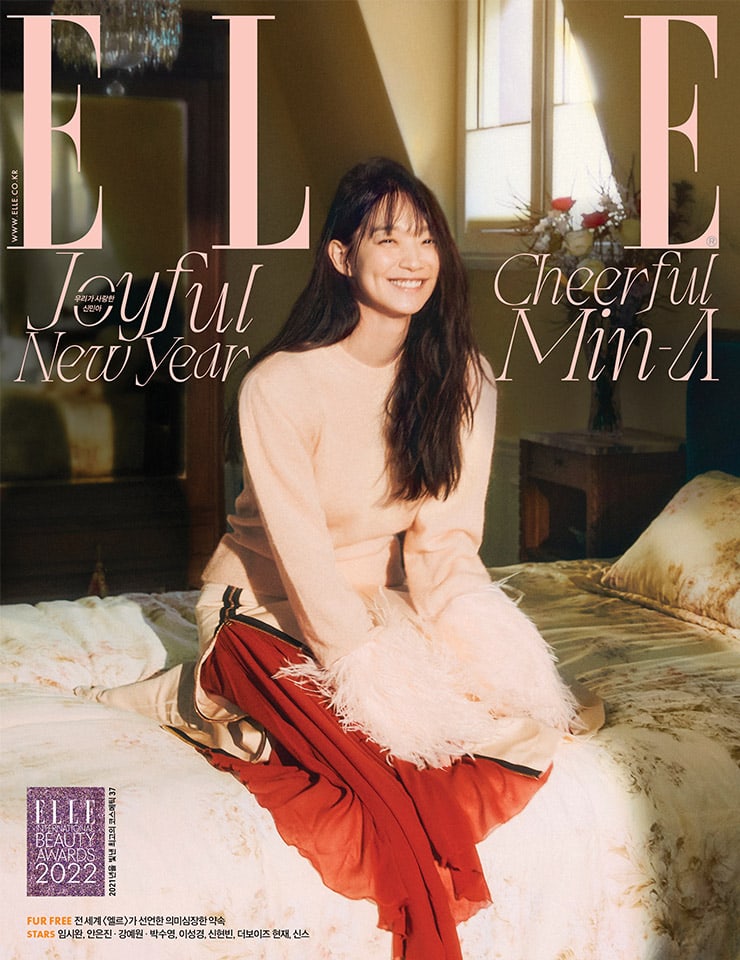 When asked if she has become proficient in the way she lives as a working woman, an actor, and a star, Shin Min Ah laughed as she replied, “I haven’t [become proficient]. If it looks like I am, it’s just because it doesn’t show. I thought I could get used to doing the same thing for more than 20 years, but the more I do it, the more I worry about it. The world constantly tells me not to think that I know everything. I think I need to feel, experience, and study changes continuously.”

Elle
Shin Min Ah
How does this article make you feel?