MBC’s “The Red Sleeve” has shared new stills ahead of tonight’s episode!

Previously on “The Red Sleeve,” Yi San’s political opponents made various attempts to bring him down. They even plotted his assassination and pitted King Yeongjo (Lee Deok Hwa) against Yi San. Chief Court Lady (Park Ji Young) and Princess Hwawan (Seo Hyo Rim) also joined hands to further escalate the situation. Viewers are curious to find out if Yi San will be able to safely rise to the throne when King Yeongjo is gradually losing trust in him.

Newly released stills show King Yeongjo sitting upright on his royal throne, exuding an intense feeling of pressure. Yi San is kneeling before him while the other royal court officials are standing nearby. King Yeongjo’s gaze is terrifying, but Yi San refuses to yield as he stares determinedly up at his grandfather. Eventually, King Yeonjo grabs his collar, and Yi San’s eyes well up with tears, piquing curiosity about their upcoming conflict. 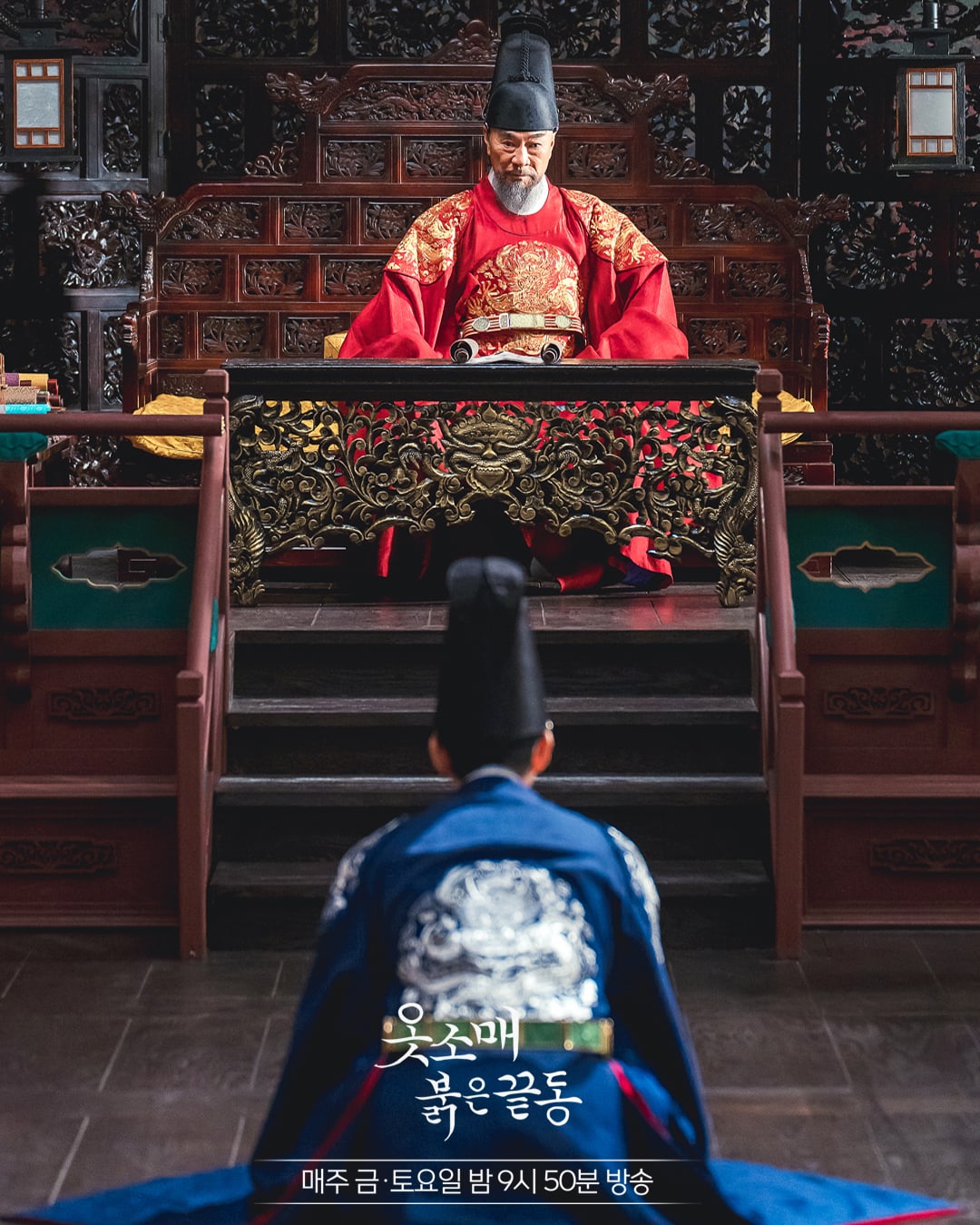 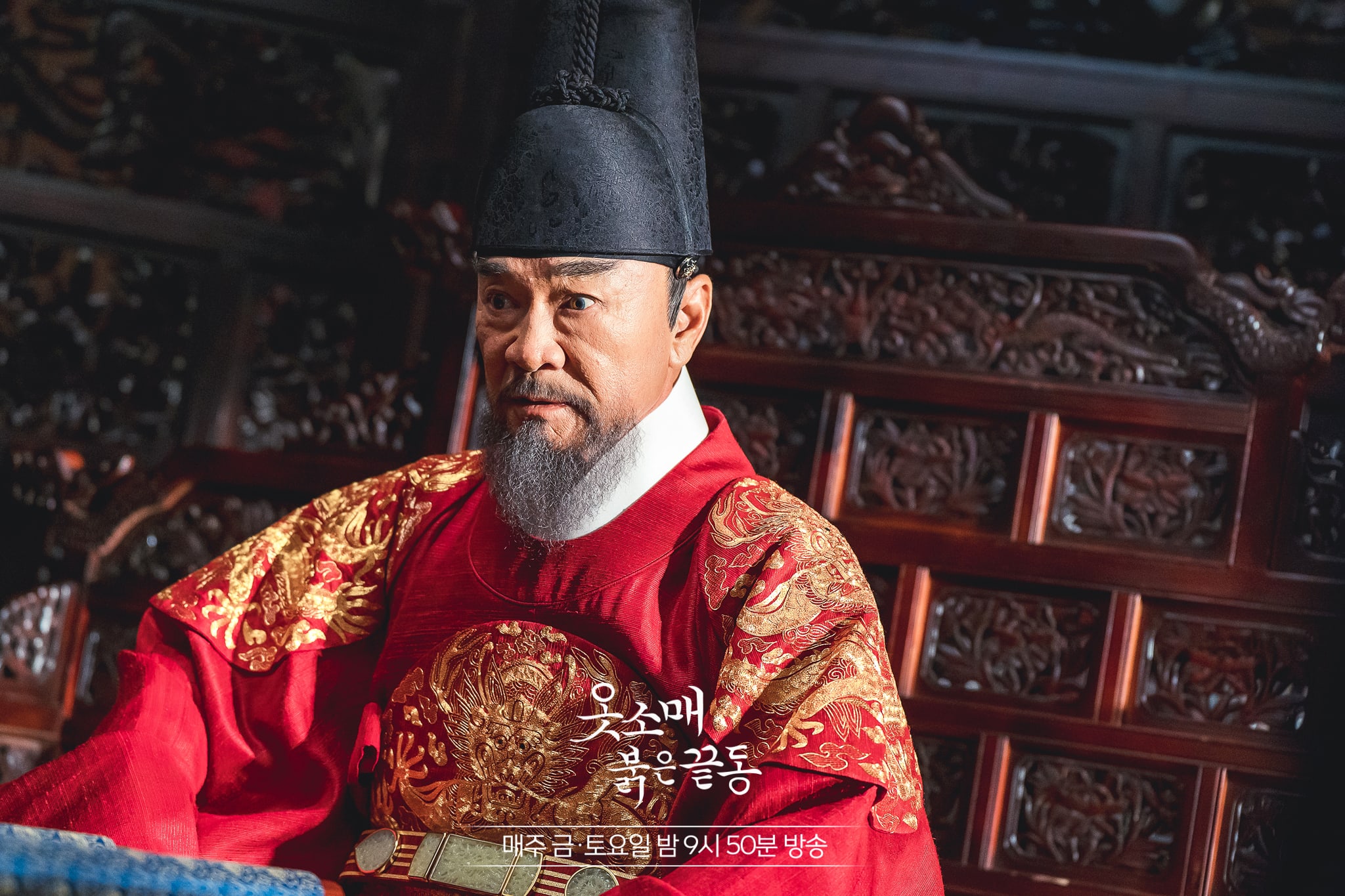 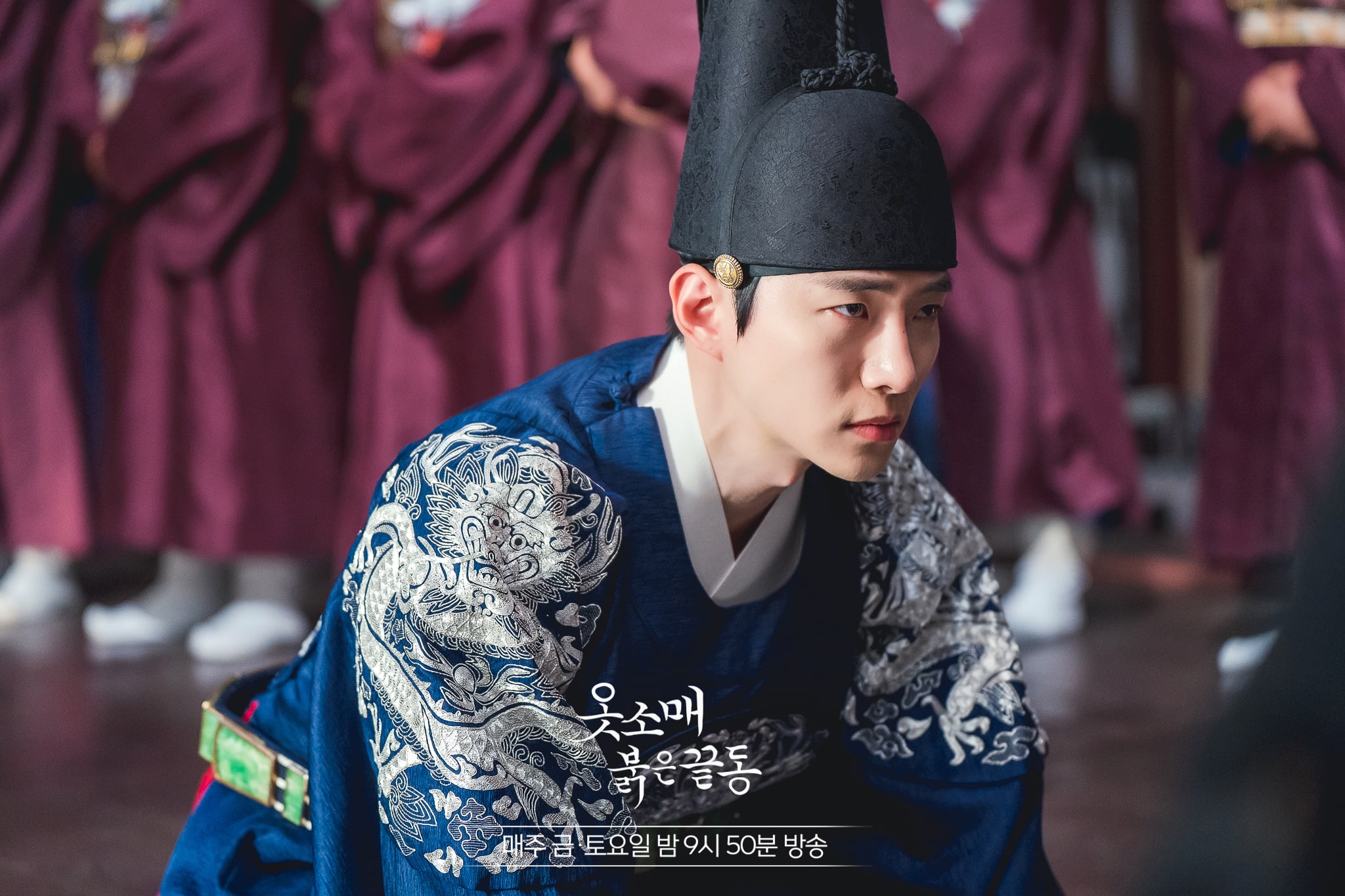 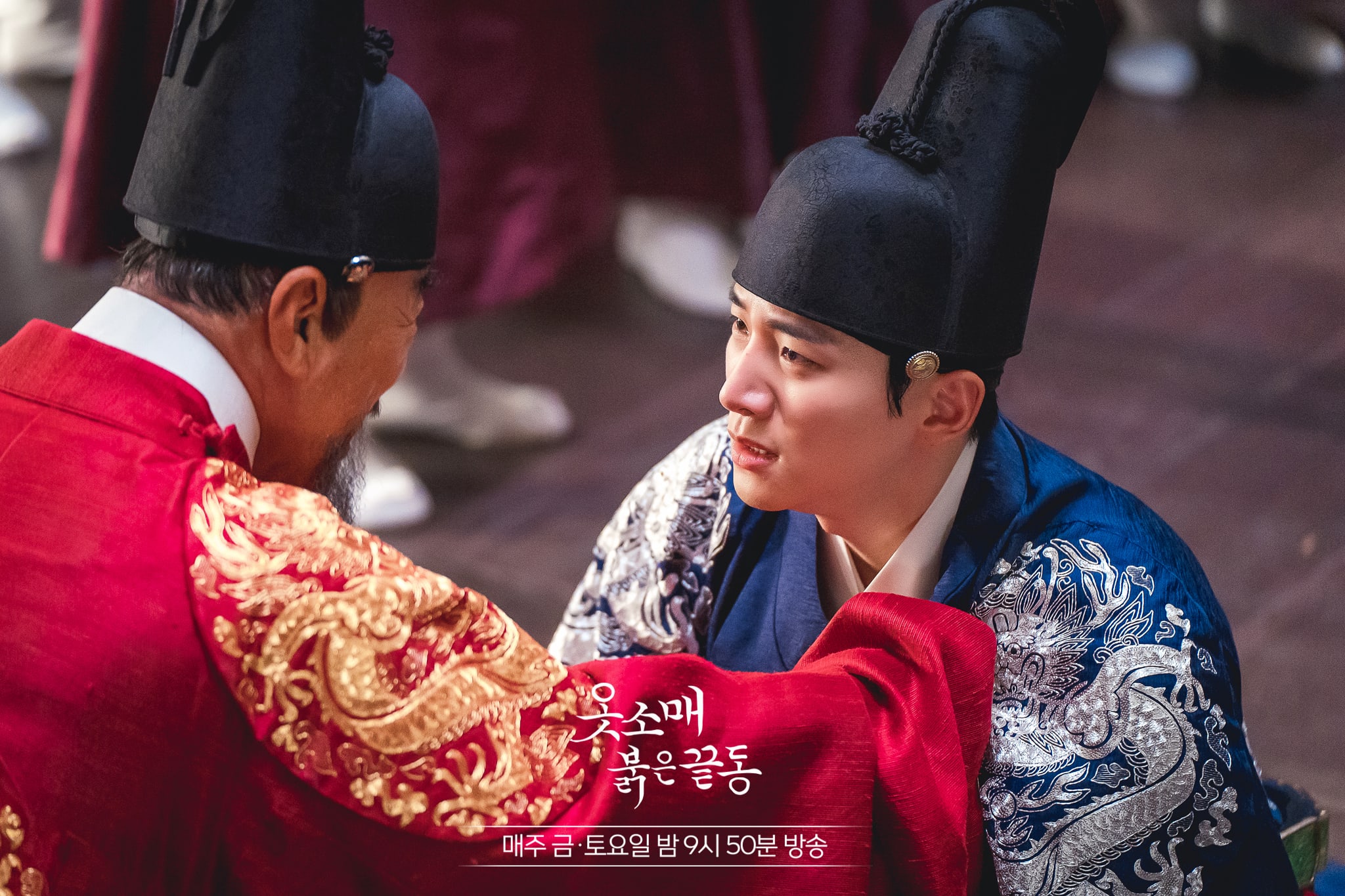 The drama’s producers hinted, “In the upcoming broadcast, Yi San will be facing a moment of desperation at the crossroads between abdication and dethronement. In the process, Lee Junho and Lee Deok Hwa will perform a suffocating scene. Please look forward to the energy of the two actors who will clash in a dynamic development.”

2PM
Lee Junho
Lee Deok Hwa
The Red Sleeve
How does this article make you feel?