“Bulgasal” is a new fantasy drama starring Lee Jin Wook as Dan Hwal, a bulgasal (a mythical creature that cannot die or age) who was once human centuries ago. Kwon Nara will star as Min Sang Woon, a woman who is repeatedly reincarnated while fleeing the bulgasal but remembers all her past lives.

The newly released stills capture the past lives of Dan Hwal and Min Sang Woon from 600 years ago. Although Dan Hwal remains the same gruff character throughout all six centuries, Min Sang Woon is completely different. In the present, she’s an ordinary woman who just wants a normal life, but in the past, she exudes a powerful aura in bright red robes. 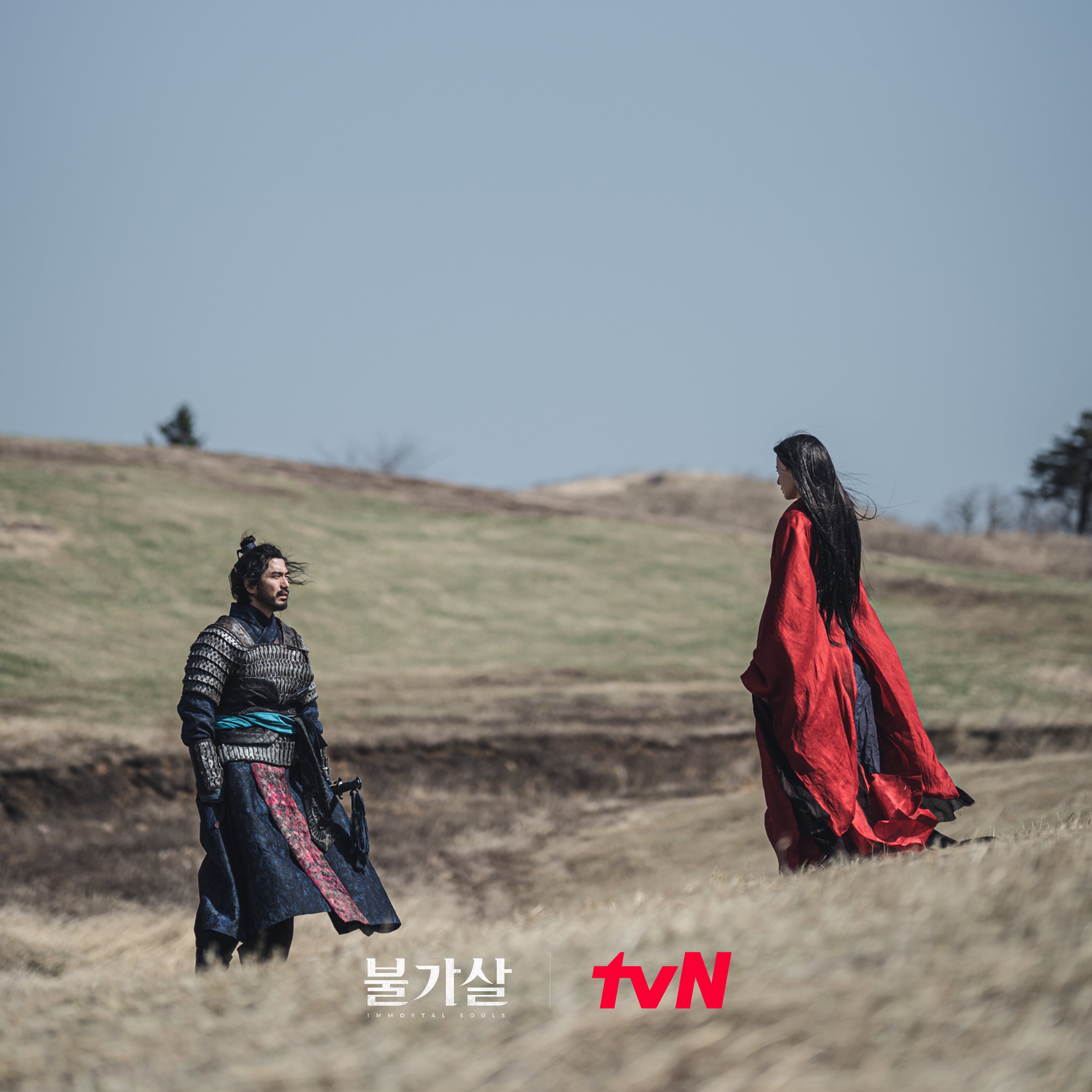 In one photo, Dan hwal holds Min Sang Woon in his arms as if he is trying to protect her. Despite his efforts to defend her, the arrows penetrate her body. The color drains from her face, which sharply contrasts with her bright hanbok (traditional Korean clothing). 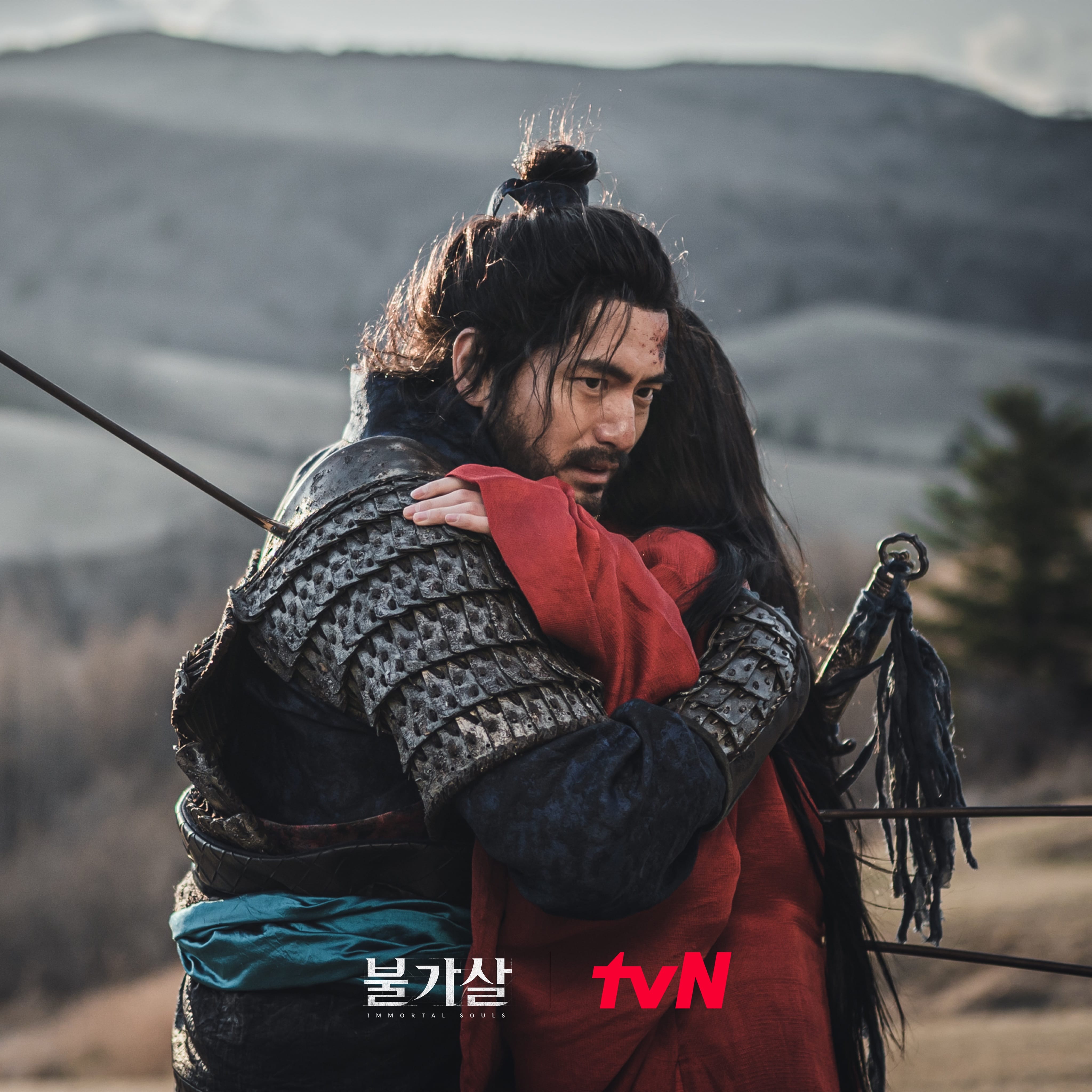 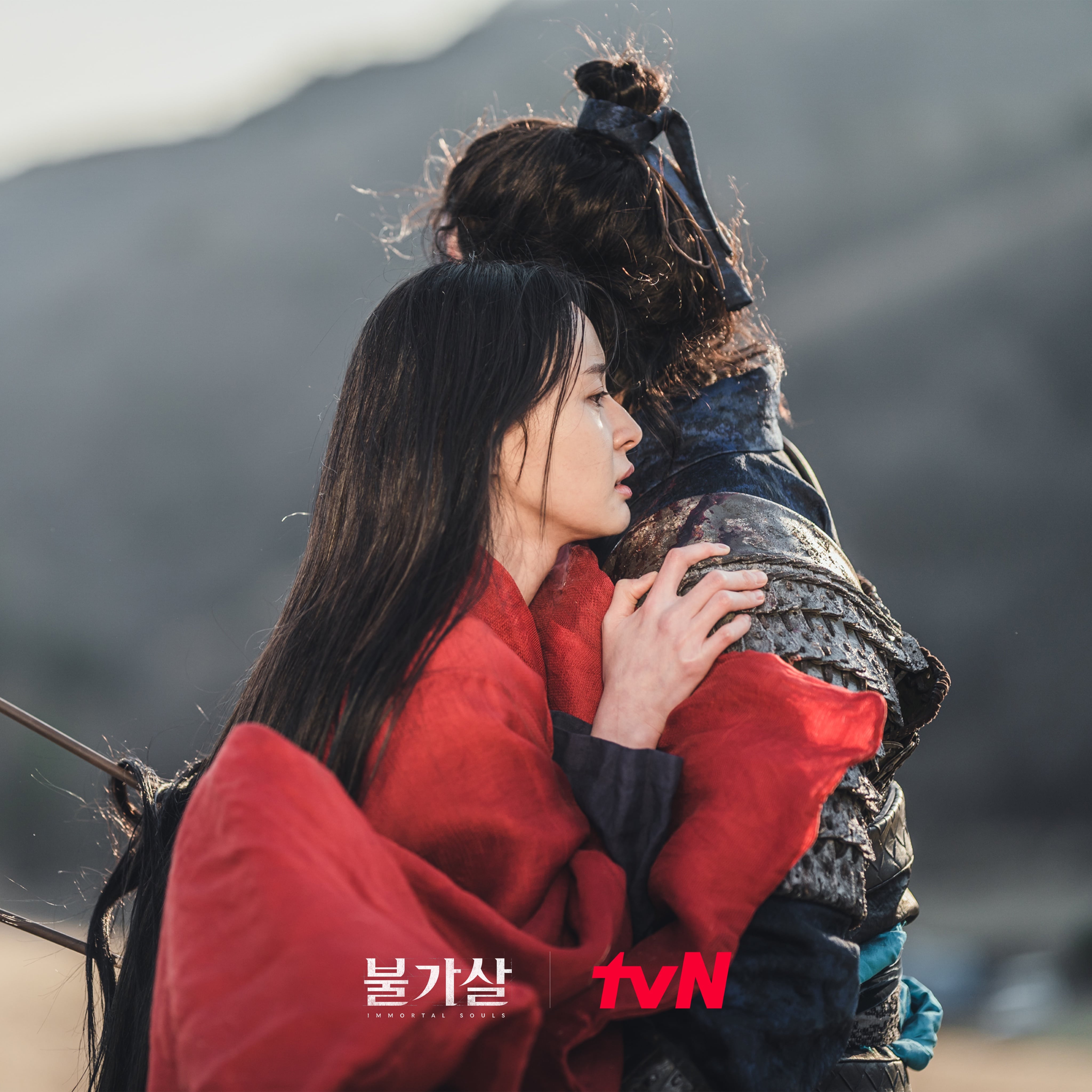 Dan Hwal and Min Sang Woon’s history can’t be summed up into a few words. Their relationship is a complex one that has expanded for 600 long years. Although it’s based on revenge, they will get tangled up in all kinds of fluctuating emotions that will make their romance that much more interesting.

“Bulgasal” premieres on December 18 at 9 p.m. KST. Check out the highlight reel here!

While you’re waiting for the first episode, watch Kwon Nara in “Doctor Prisoner” below: