Gong Seung Yeon will star in the drama as Dan Sol, Dan Hwal’s wife from 600 years ago, who possesses a mysterious power that others can’t comprehend. As the only daughter of military officer Dan Geuk (played by Jung Jin Young), Dan Sol is forced by her father to marry Dan Hwal against her will.

Although Dan Hwal is able to skillfully read his enemies’ minds and hearts on the battlefield, he fails to notice the anguish of his own wife, who is miserably trapped in a loveless marriage that she didn’t want. Having spent her whole life unloved by her father, Dan Sol’s lonely and tragic fate continues after her marriage to Dan Hwal—and the couple ends up hurting each other and viciously tearing one other apart.

In newly released stills from the drama, Dan Hwal attempts to hold off a furious Dan Sol, who is wielding a sword with tears in her eyes. After grabbing her sword to prevent her from attacking him, Dan Hwal eventually winds up holding his exhausted wife in his arms. 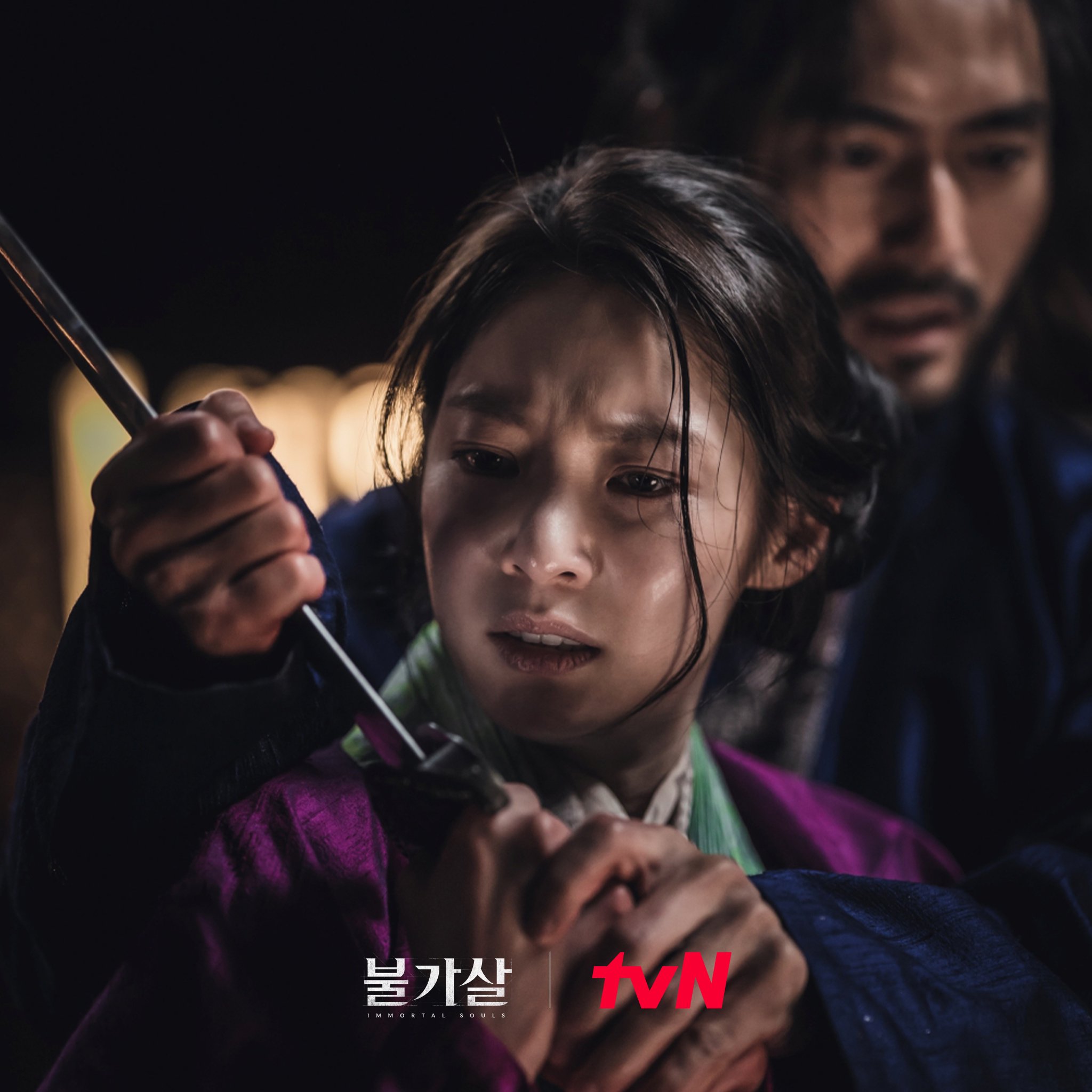 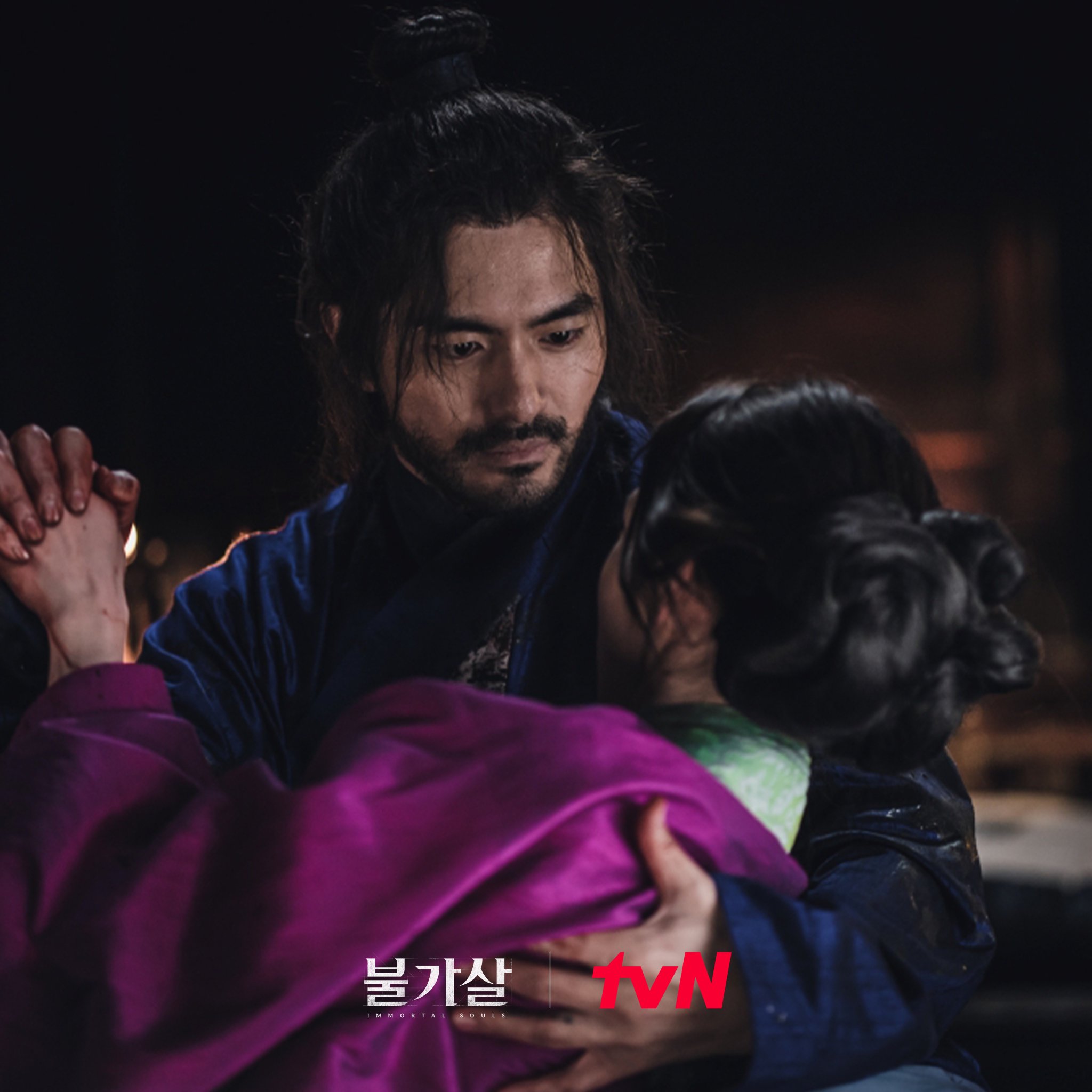 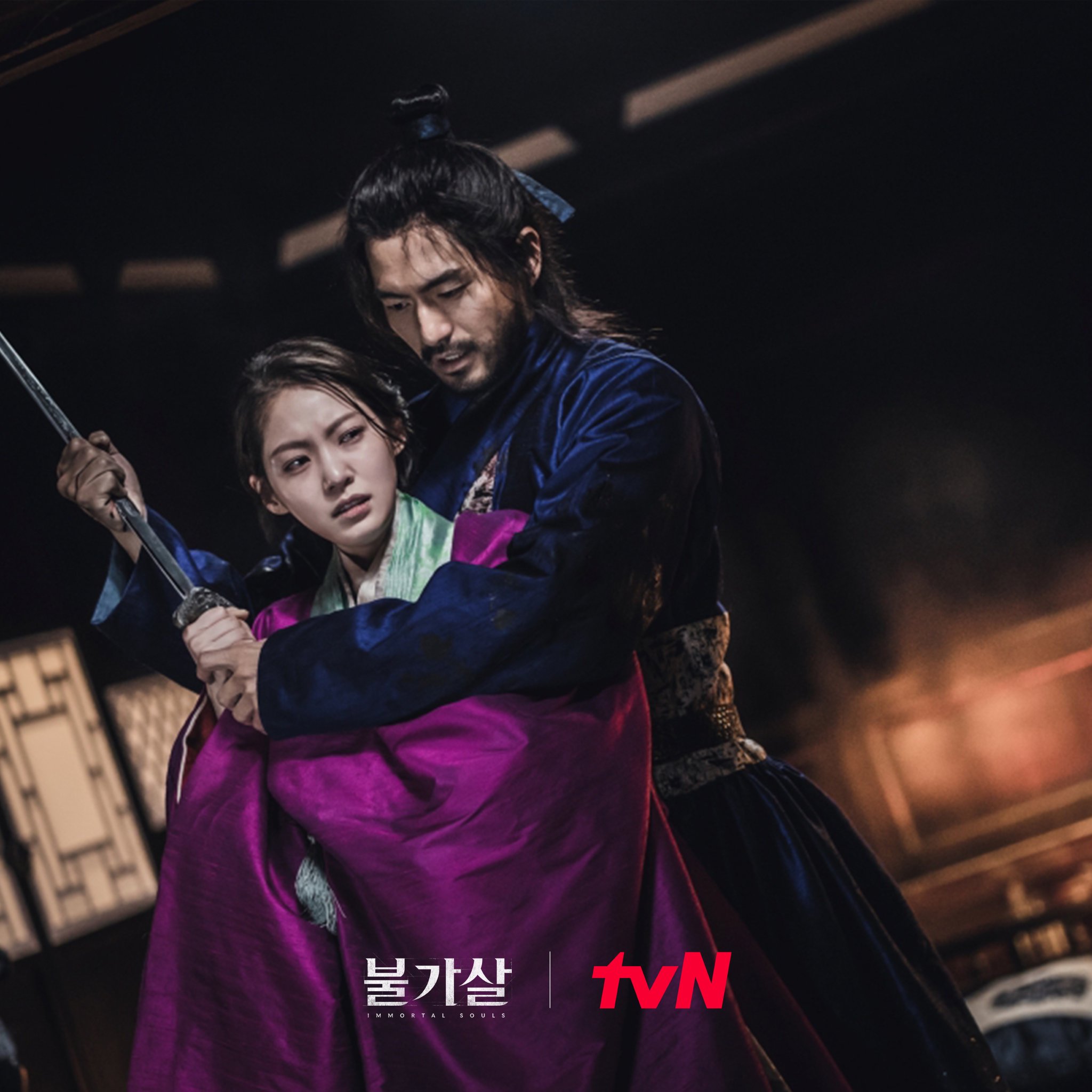 To find out what transpires between the unhappy couple—and whether they will meet again 600 years later, in the present day—tune in to the premiere of “Bulgasal” on December 18 at 9 p.m. KST!

While you wait for “Bulgasal,” watch Gong Seung Yeon in “Flower Crew: Joseon Marriage Agency” with subtitles below: