JTBC has shared a look at BLACKPINK’s Jisoo tending to Jung Hae In in tonight’s episode of “Snowdrop”!

In the second episode, Young Ro and the students in Room 207 decide to help Su Ho after meeting him during a blind date, despite knowing nothing about his true identity. The episode will follow their determination to assist him under the watchful eyes of officials from the Agency for National Security Planning and the dormitory housemother Pi Seung Hee (Yoon Se Ah).

In the newly released stills, Young Ro cautiously tends to Su Ho’s wounds by wrapping a bandage around his chest. Although they avoid eye contact, an air of excitement mixed with nervousness can be sensed as Young Ro looks at him. 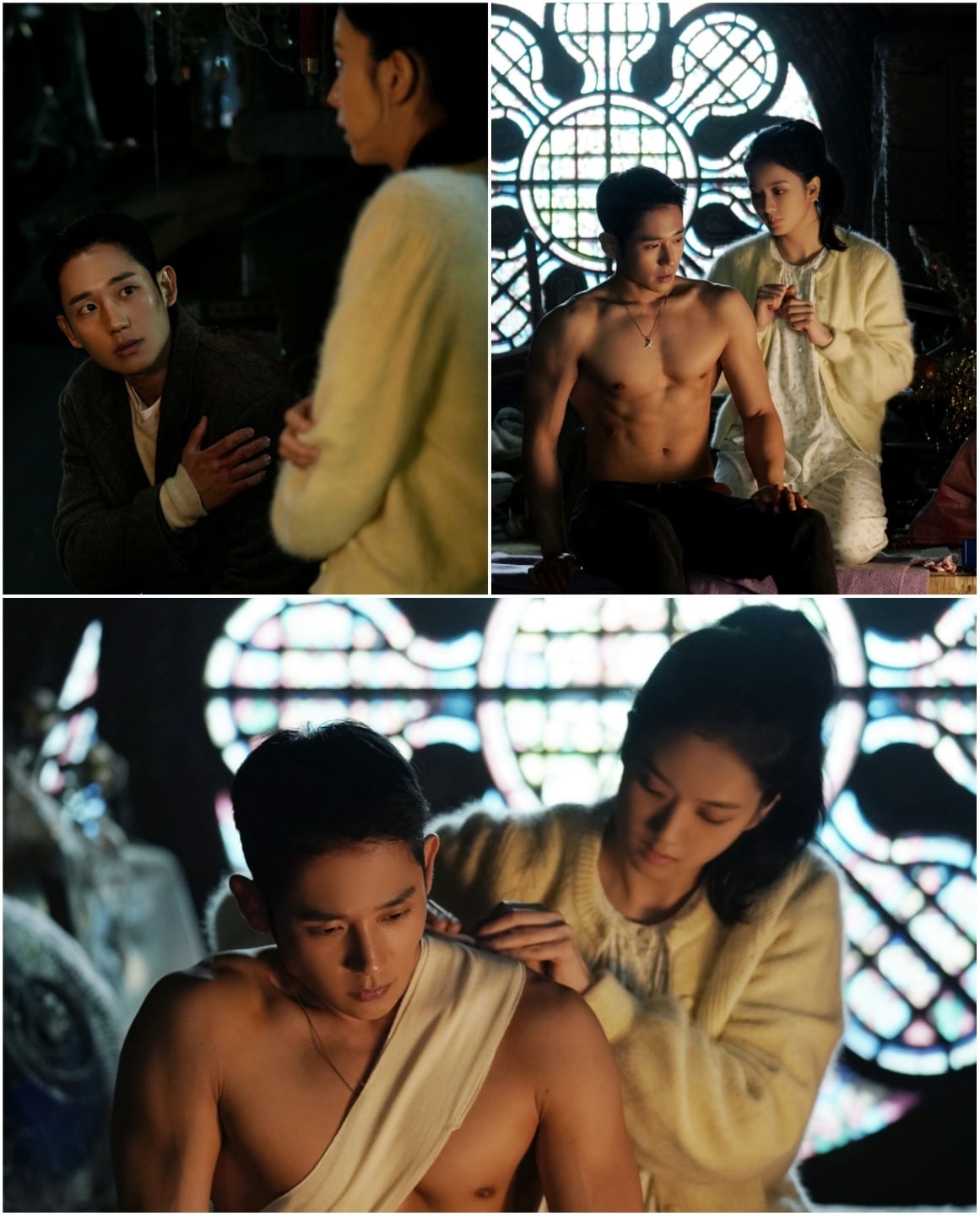 The drama’s producers commented, “Keep an eye out for how Su Ho, who is in danger, and Young Ro, who shows him sympathy, will overcome this crisis and spark a connection.”

In the meantime, watch Jung Hae In in “A Piece of Your Mind” below: