On the December 19 episode of SBS’s “Running Man,” the cast held a holiday party with guests Ha Do Kwon, Cha Chung Hwa, and Heo Young Ji.

In the opening segment, the cast complimented (or dissed) each other about their party outfits. In response to Yoo Jae Suk‘s praise for her outfit, Song Ji Hyo said, “It was done by the person who always styles me. She dressed me according to the concept.”

Yoo Jae Suk said, “Stylists go through a lot because of ‘style,’ but the artist’s own taste is often involved.” Kim Jong Kook said, “It’s not that my stylists don’t work hard! I just wear whatever I want anyway.” Ji Suk Jin said that he just put on whatever his stylists gave him, and shared that after his “diaper” look, he got a call from a longtime friend who told him to stop living that way. Yoo Jae Suk quipped, “It was Kim Yong Man, right?” 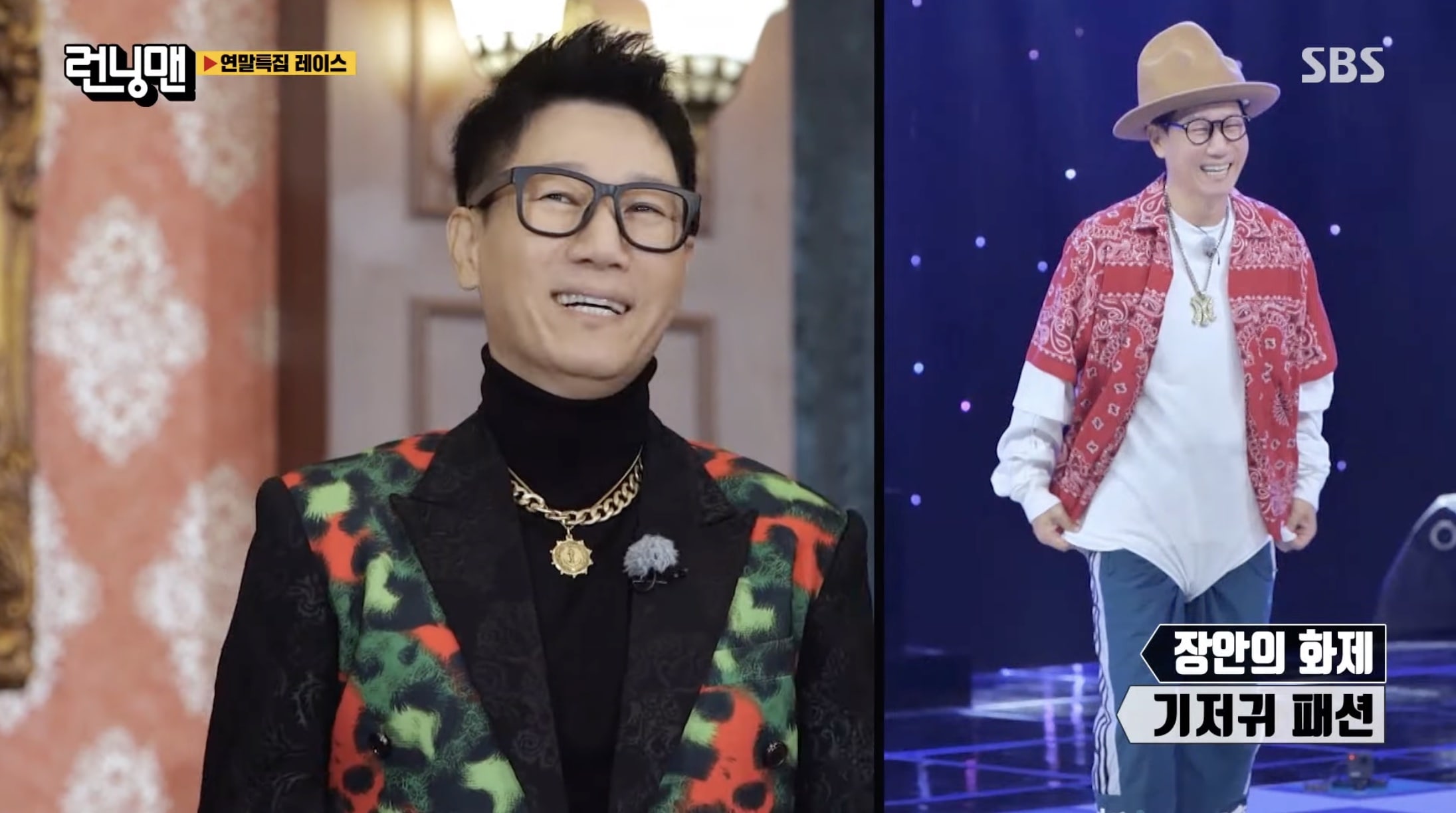 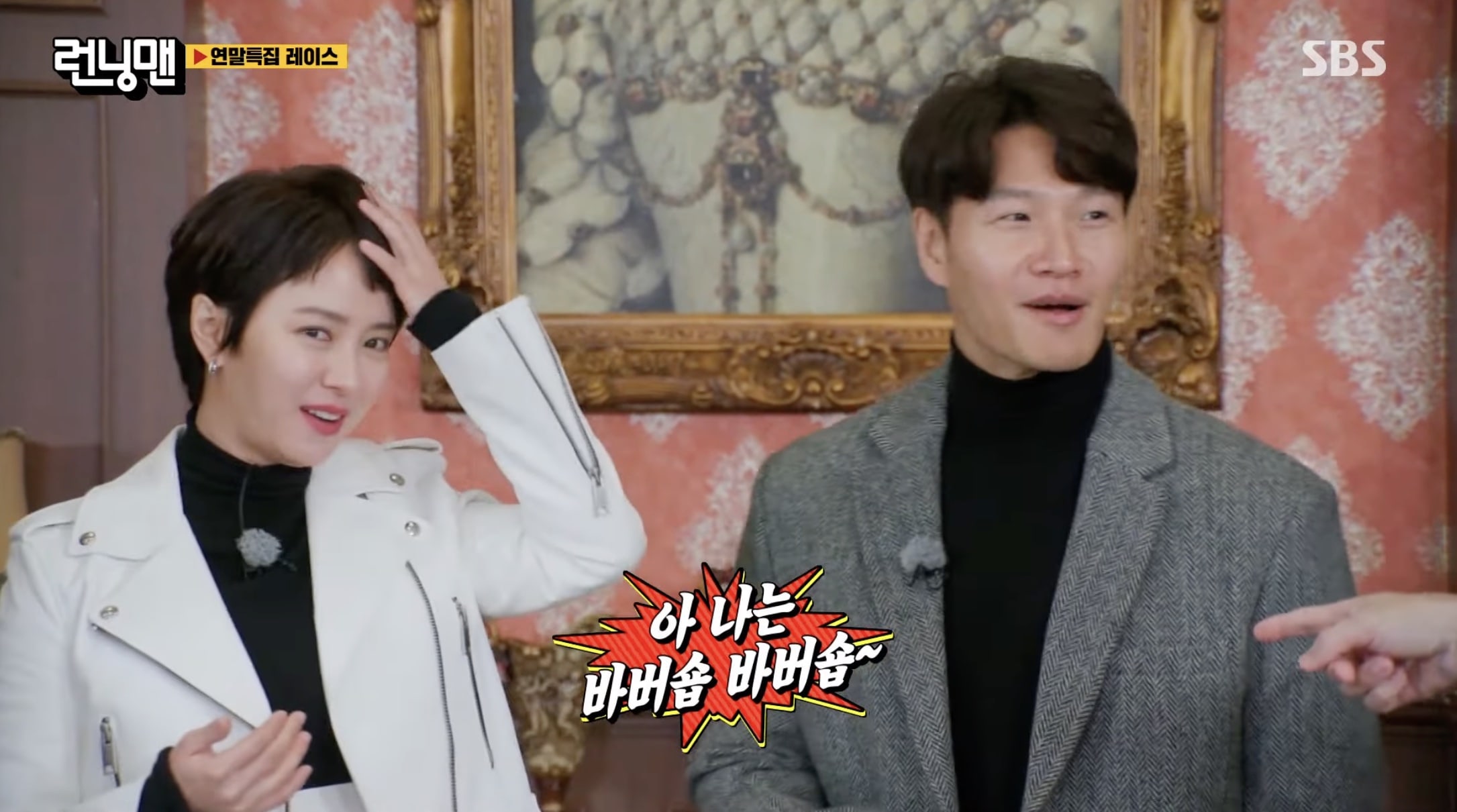 This conversation was in reference to a “controversy” that occurred when some fans complained about Song Ji Hyo’s haircut and her styling on the red carpet at recent events.

The “Running Man” cast also brought up Jun So Min’s new drama, “Show Window: The Queen’s House,” where she makes a shocking transformation as an adulteress who befriends her lover’s wife. 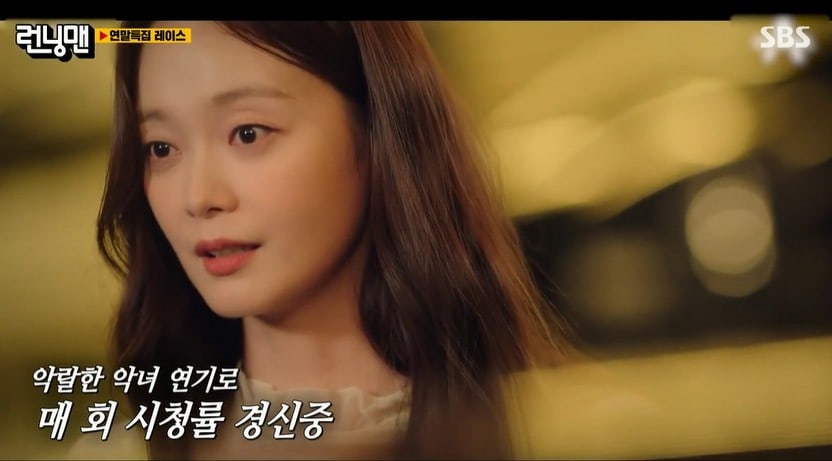 Yoo Jae Suk said, “I watched the drama because Jun So Min was in it, but I was really shocked. Jun So Min in the drama was way different from the Jun So Min I see here.” Jun So Min chimed in, “Ji Hyo unni sent me a text while watching it!” Song Ji Hyo explained, “I wrote to her, ‘You’re such a fox.'” 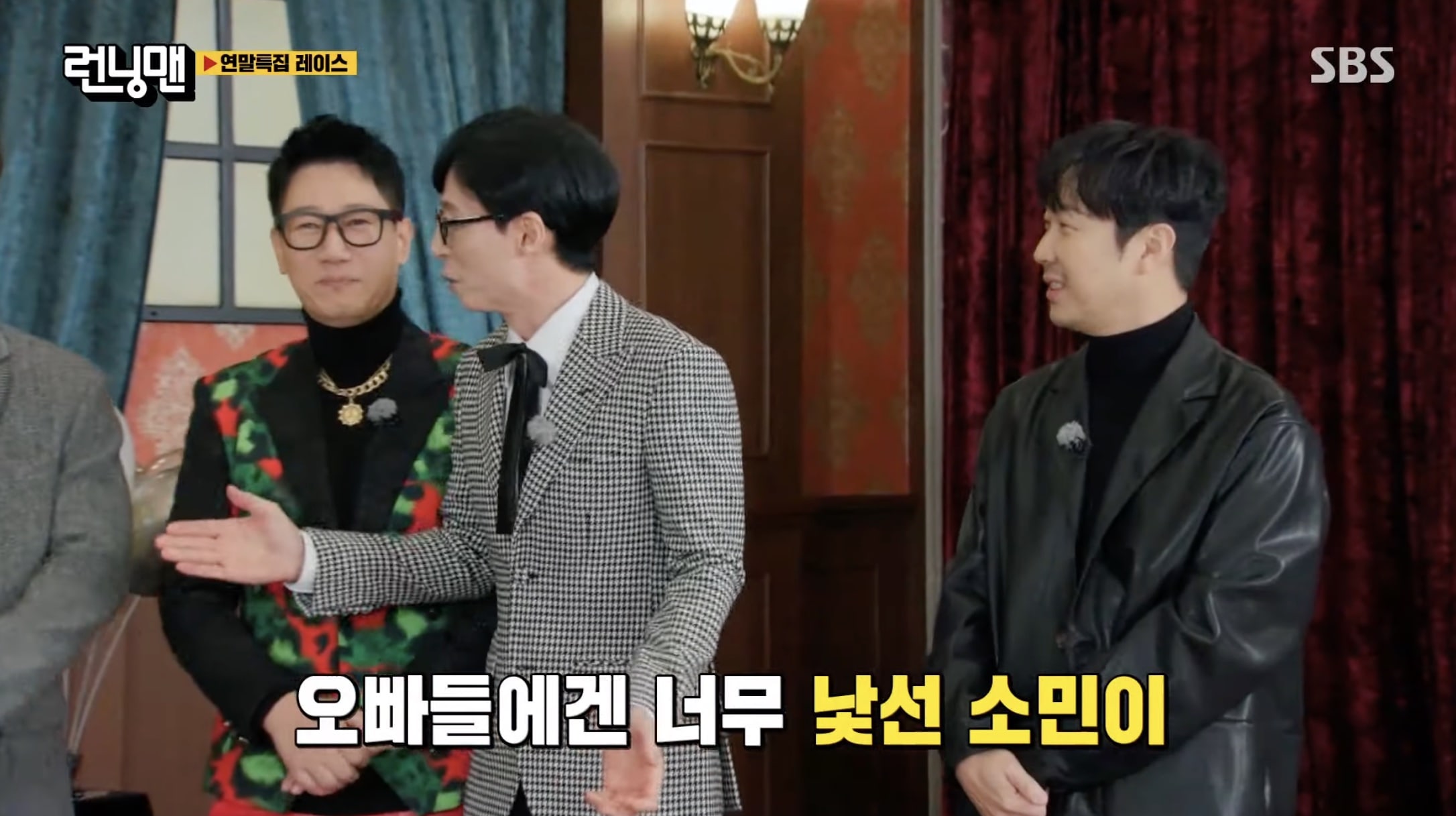 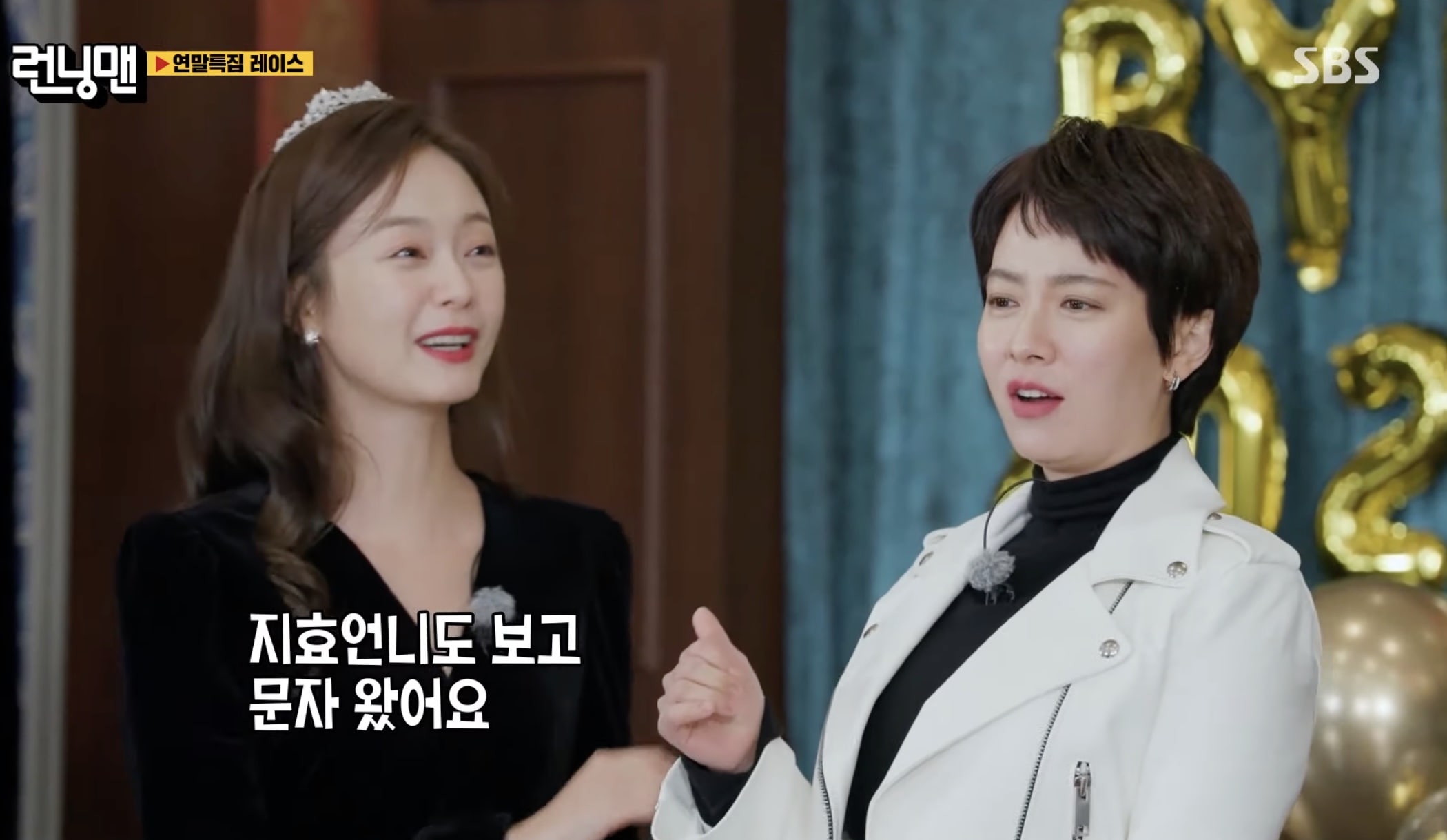 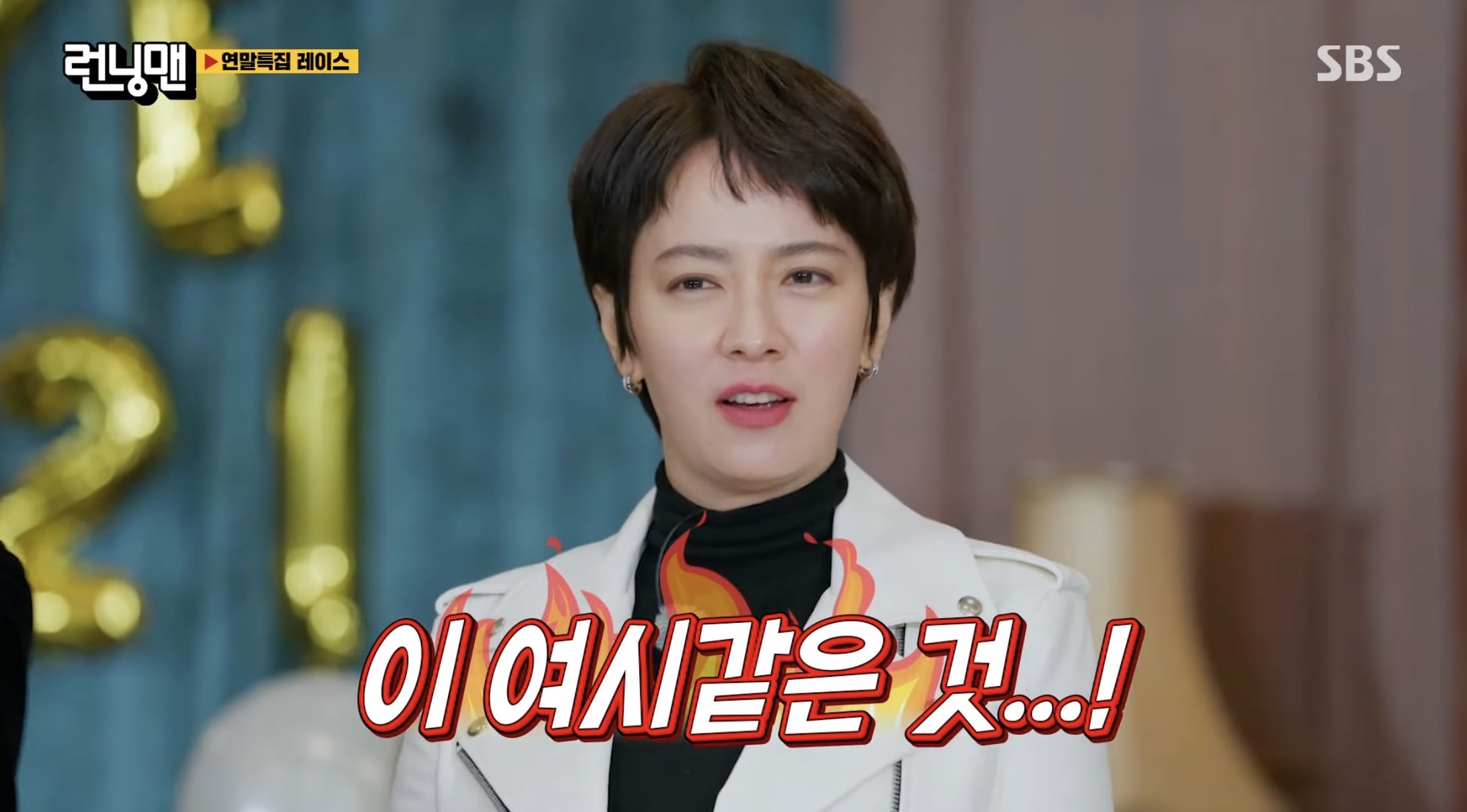 Finally, Yoo Jae Suk mentioned that Ji Suk Jin had won Best Music Project with MSG Wannabe (M.O.M) at the Melon Music Awards 2021. He said, “I was really shocked by this. You should be grateful to me.” (Yoo Jae Suk formed the project group MSG Wannabe on “How Do You Play?“.) Ji Suk Jin said, “I did mention you during the awards speech.” The rest of the cast asked if he had mentioned them and he responded, “Why would I mention you there?” 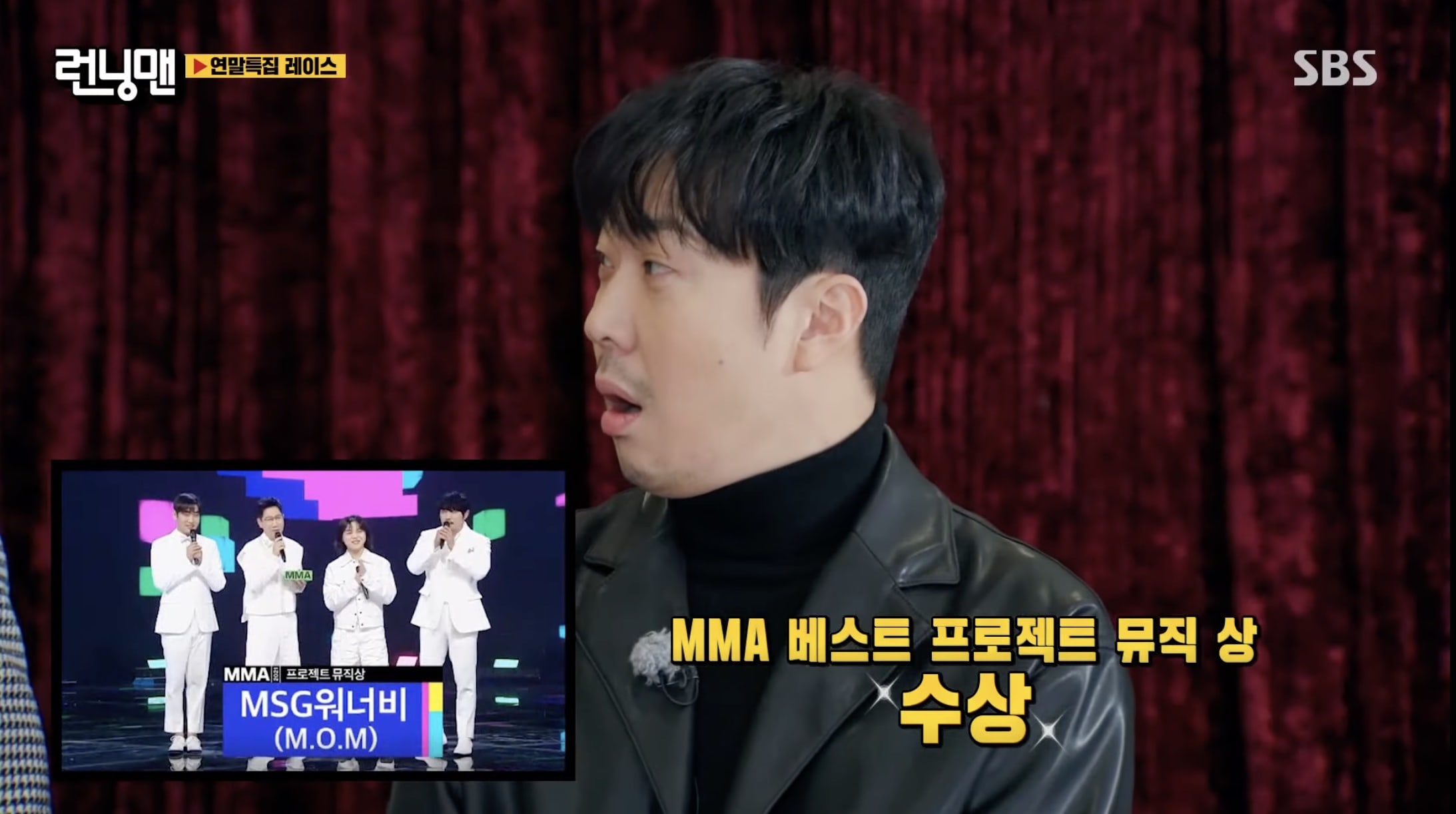