Ahn Eun Jin, Red Velvet’s Joy, And Kang Ye Won Have A Suspicious First Encounter In “The One And Only”

JTBC previewed stills of the first meeting of its lead characters in “The One and Only”!

“The One and Only” is an emotional romance drama about three terminally ill women who meet at a hospice. They decide that before they die, they want to take down one bad guy before they go – but in their attempt to take down just one person, they end up meeting the most valuable person of their lives.

Ahn Eun Jin stars as Pyo In Sook, a young woman who grew up in difficult circumstances before being diagnosed with a terminal illness. Red Velvet’s Joy stars as Sung Mi Do, a popular influencer, and Kang Ye Won stars as Kang Se Yeon, a housewife who gave up having a life of her own for the benefit of her family.

The new stills preview the first meeting of these three women, who do not yet know how important they will become to each other. Pyo In Sook chooses the hospice “Morning Light” simply because it offers a discount, but as if by fate, Kang Se Yeon and Sung Mi Do also choose this hospice on the same day as her.

The three meet late at night on the road in front of the hospice. Although she is exhausted, Pyo In Sook doesn’t let down her guard. She stumbles across Kang Se Yeon, who is suspiciously digging a hole at night, looking like a ghost in her white dress on the darkened road. Sung Mi Do also appears on the scene, coolly gripping her phone, and her flashy and flamboyant appearance stands in contrast to Pyo In Sook, who is not yet aware that the other young woman is also facing a terminal illness like her. 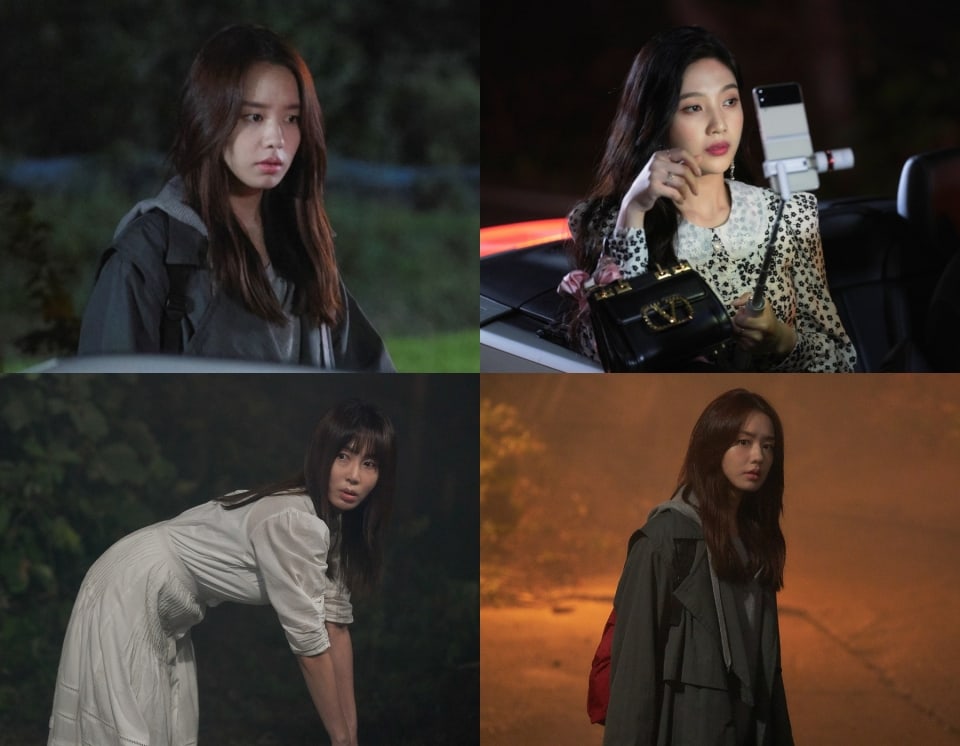 The production staff stated, “After they make an unforgettable first impression on each other, the three women meet as patients inside the hospice. Because of their personality and background differences, they find it hard to get along. Please tune in to see how they come across the idea of joining forces to get rid of one bad guy together.”