Upcoming film “The Policeman’s Lineage” is gearing up to premiere this January!

The newly released poster features the the main leads Jo Jin Woong and Choi Woo Shik along with the other talented cast members including Park Hee Soon, Kwon Yool, and Park Myung Hoon.

Jo Jin Woong plays Park Kang Yoon, the head of the regional investigation unit who puts arresting criminals based on his beliefs above everything else, and he doesn’t care about using illegal means to gain information. Choi Woo Shik stars as the principled police officer Choi Min Jae. In exchange for receiving a confidential document about his father, who was a police officer, Choi Min Jae takes on the task of digging up Park Kang Yoon’s corruption. The text on the poster reads, “Two police officers standing at the border. Who will you trust?” raising anticipation for Choi Min Jae and Park Kang Yoon’s unconventional teamwork. 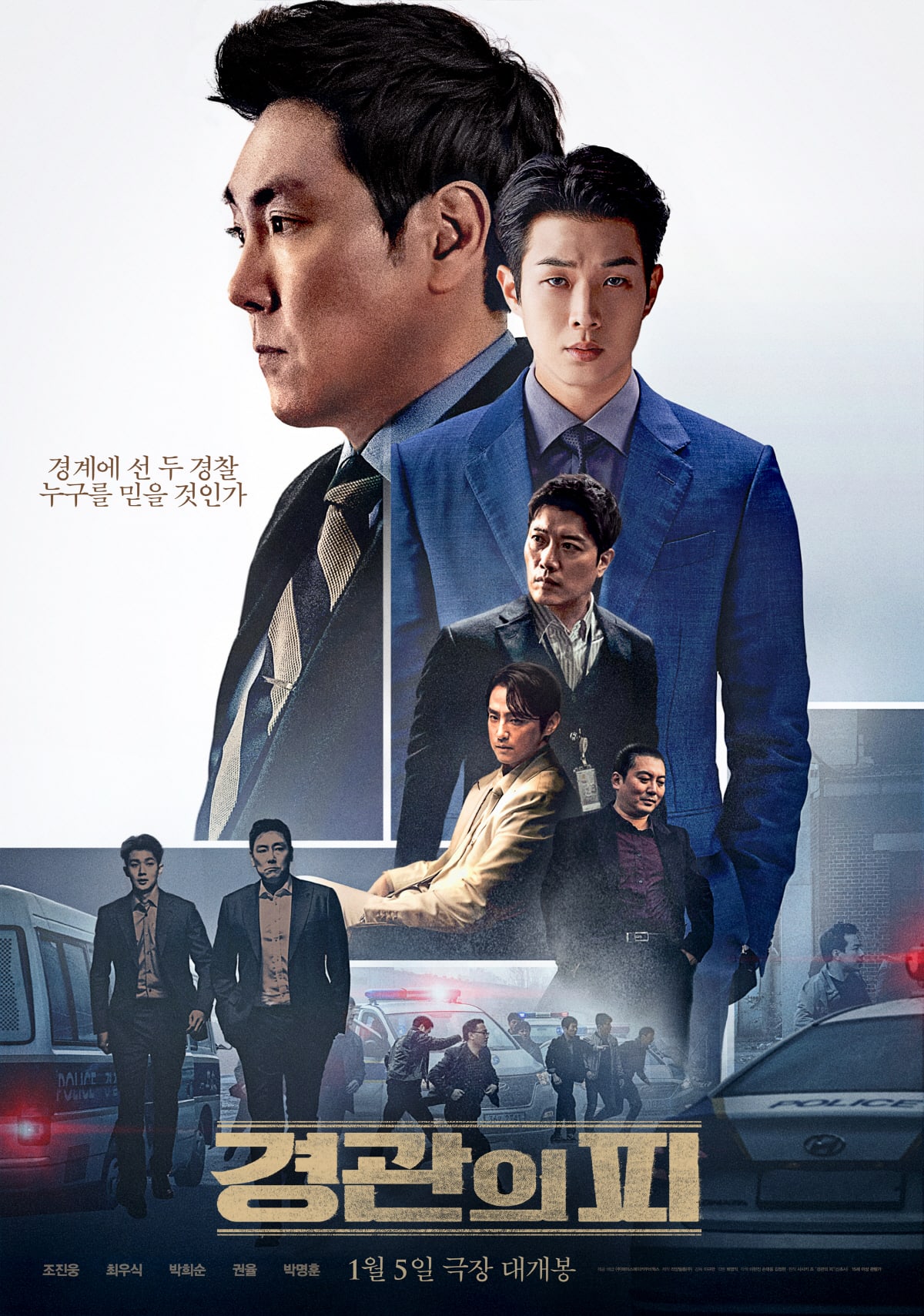 A source from the film stated, “‘The Policeman’s Lineage’ will stick to its premiere date of January 5 of next year without any changes to its release.” They continued, “Last summer, amidst the strengthening social distancing regulations at Level 4, Korean films ‘Escape from Mogadishu,’ ‘Sinkhole,’ and ‘Hostage: Missing Celebrity’ met with viewers with the title of a Korean film. ‘The Policeman’s Linage’ is getting fully ready for its premiere in order to meet viewers who have waited for a Korean film amidst the tough pandemic situation with spacing between seats and limited business hours.”

The representative explained, “During this difficult pandemic situation, the opening film of the new year, ‘The Policeman’s Lineage,’ will follow the schedule first promised and wait for audiences at the theaters, which are working hard on [COVID-19] prevention.”

While you wait for the film’s premiere, watch Jo Jin Woong in “Black Money“:

Catch Choi Woo Shik in “The Witch: Subversion” below: