“Show Window: The Queen’s House” shared a glimpse of the first encounter between Jun So Min and 2PM’s Chansung!

“Show Window: The Queen’s House” is a new drama about a woman who supports another woman’s affair- without knowing that the affair is with her own husband. Song Yoon Ah stars as Han Sun Joo, the queen of her picture-perfect family, while Lee Sung Jae plays Shin Myung Seob, her seemingly devoted husband. Jun So Min stars in the drama as Yoon Mi Ra, who befriends Han Sun Joo while secretly carrying on an affair with her husband behind her back, while Chansung plays Han Jung Won, Han Sun Joo’s younger brother.

In the last episode, it was believed that Yoon Mi Ra had left Han Sun Joo’s and Shin Myung Seob’s lives for good, but she made a shocking reappearance as Han Jung Won’s girlfriend, amplifying curiosity about what will happen next.

The newly released stills depict Yoon Mi Ra and Han Jung Won’s first meeting. In the first photo, Han Jung Won is looking concerned next to a woman who has injured her ankle. The woman claims she fell because of her shoes, which happen to be LaReine’s Victoria shoes, and as someone who works for LaReine, Han Jung Won can’t just ignore her. 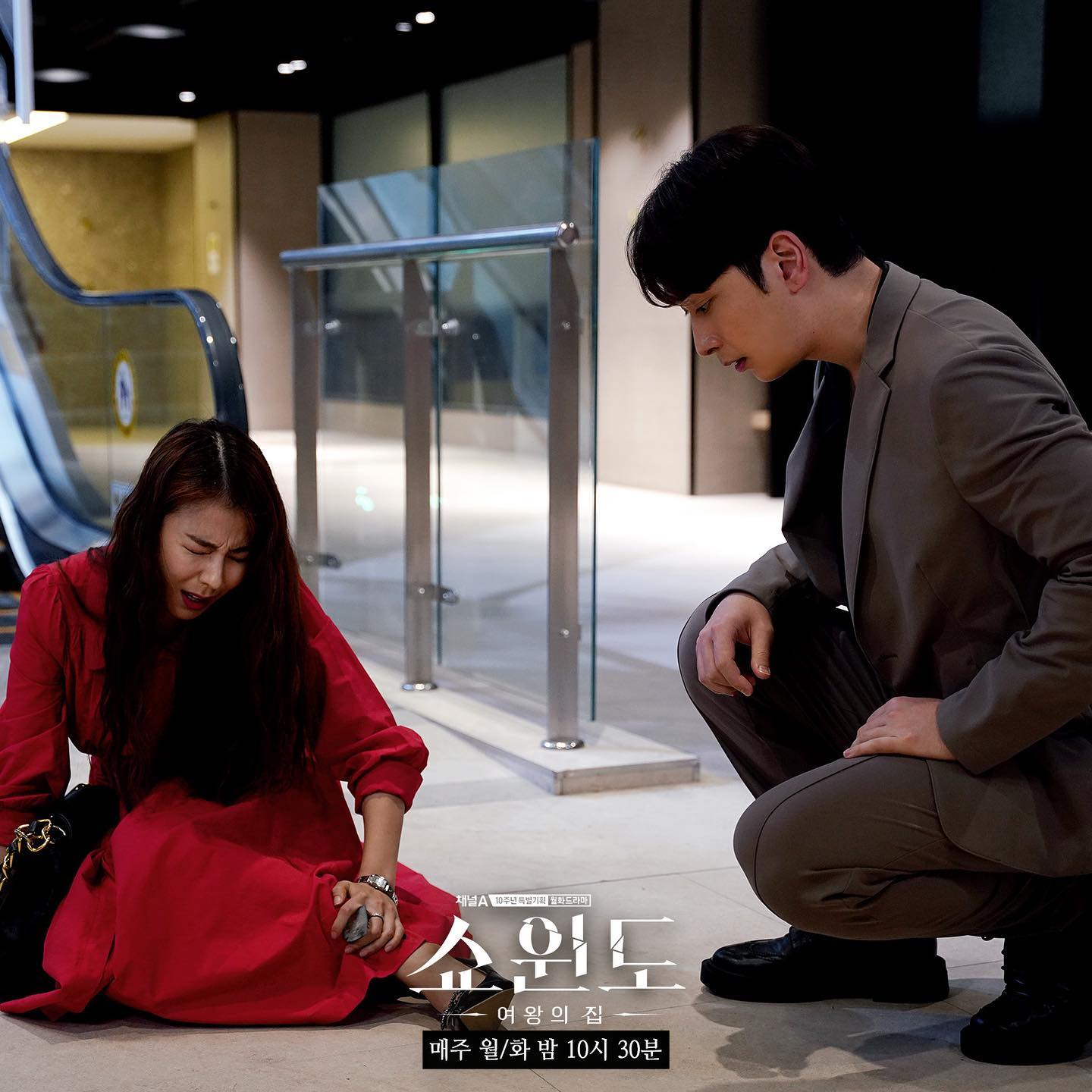 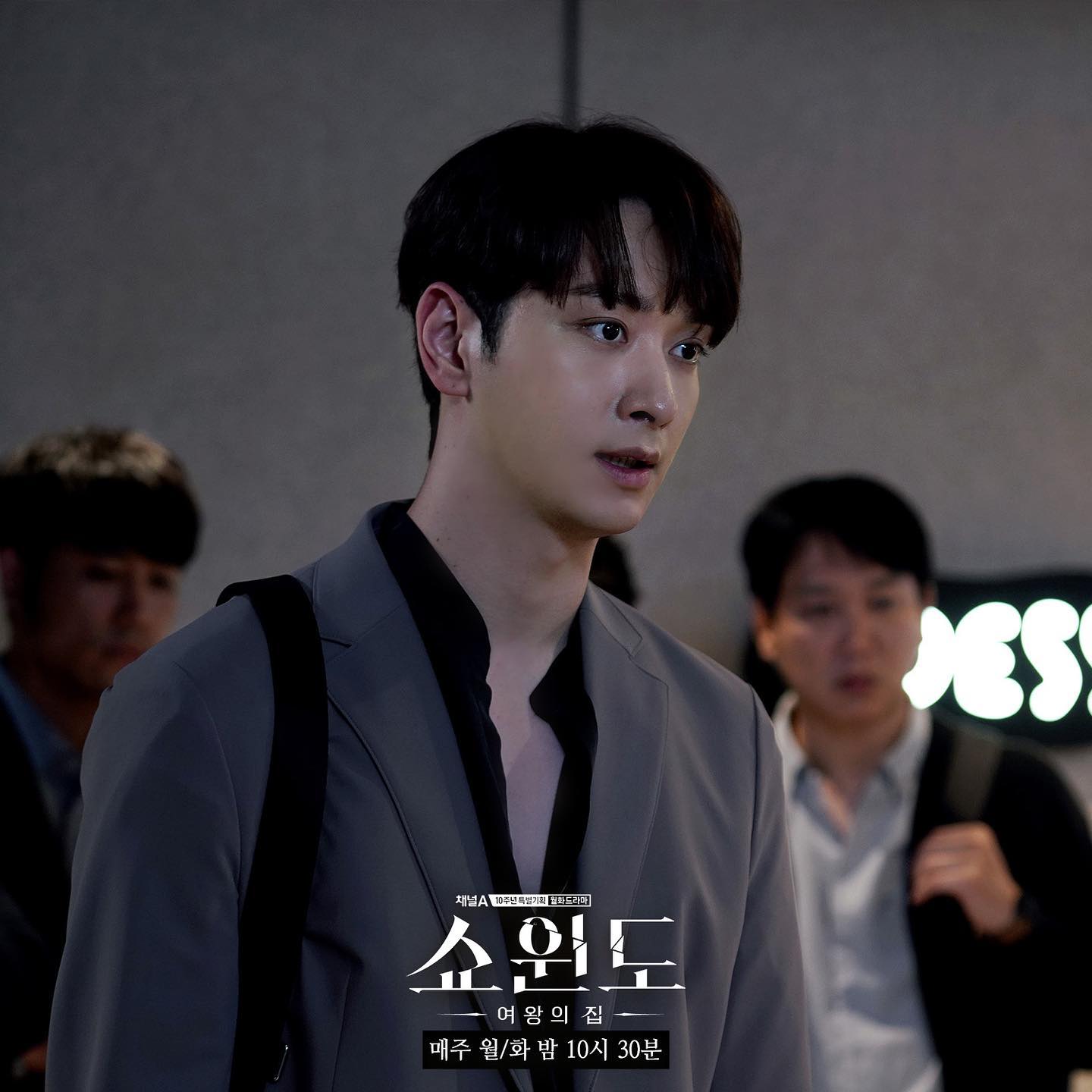 Then Yoon Mi Ra appears and examines the shoes with Han Jung Won. As someone who has included the shoes she designed in the Victoria Launch Show, she has an extensive knowledge of them. According to the production team, Yoon Mi Ra will help Han Jung Won in a difficult situation. Their encounter seems like a trick of destiny, but viewers are eager to find out if this meeting was planned or accidental. 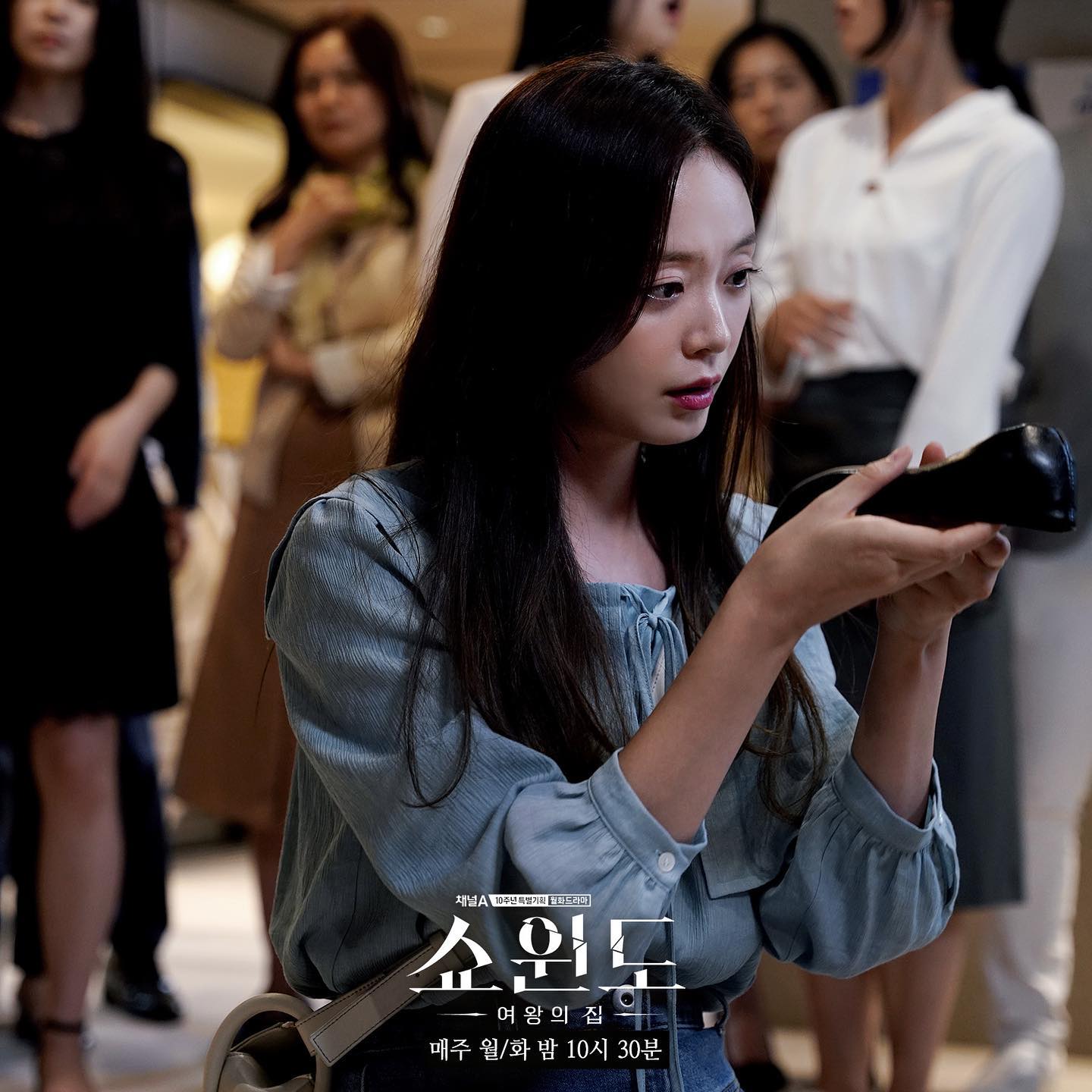 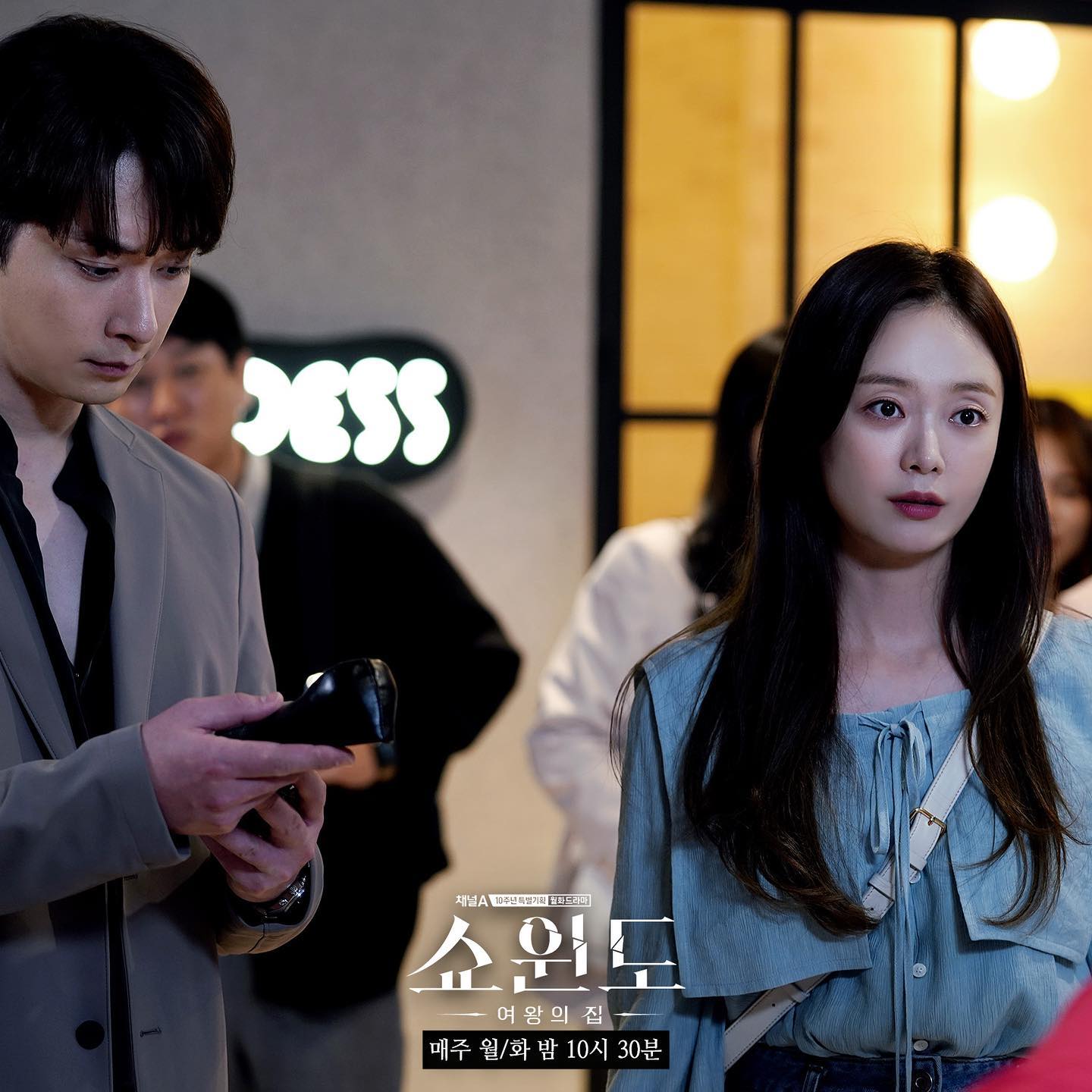 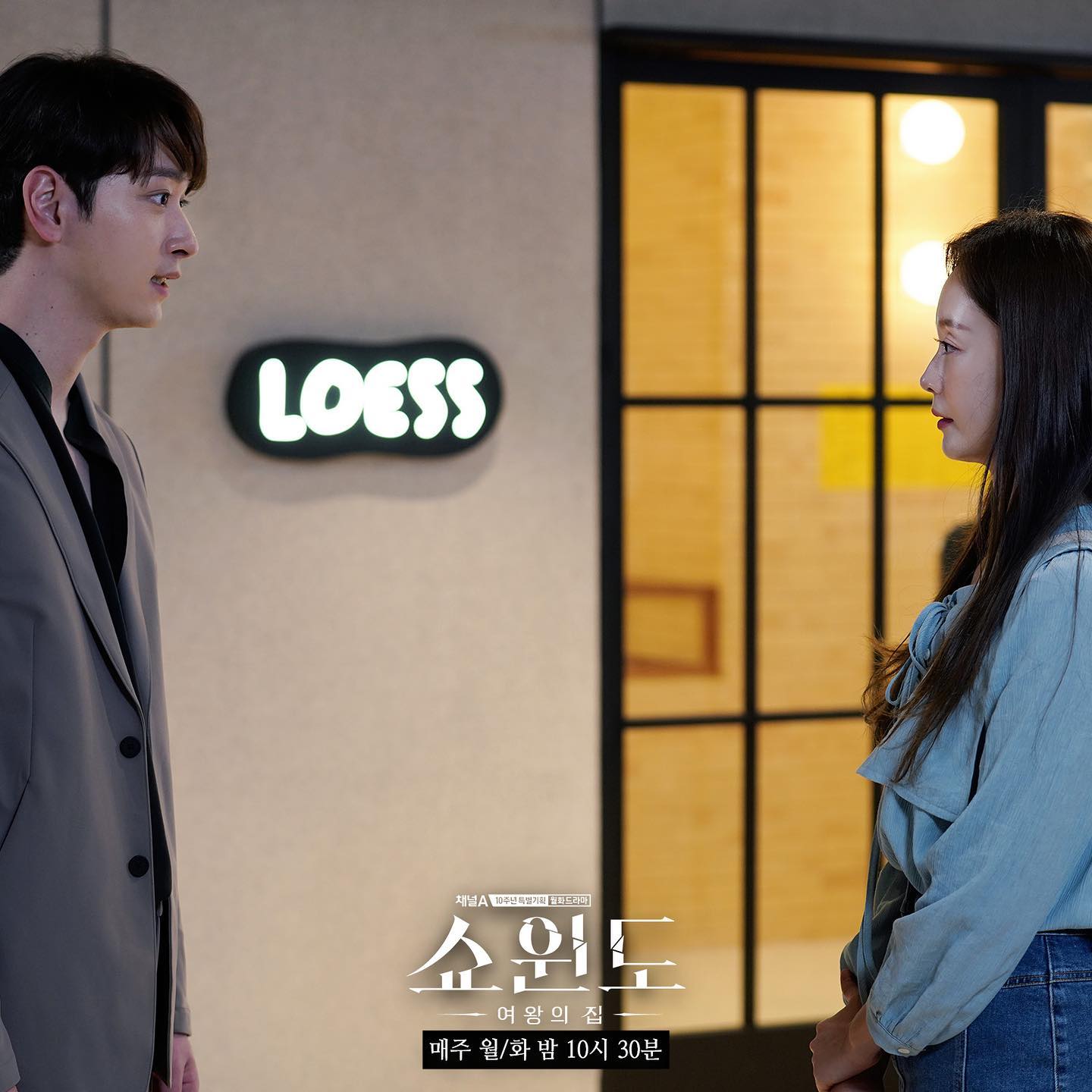 jun so min
2PM
Chansung
Show Window: The Queen's House
How does this article make you feel?