On December 20, BTS’s V shared a photo that he took with his close friend Choi Woo Shik on Instagram Stories. The photo shows the two artists posing in front of a mirror with masks on as they are in an indoor space. Choi Woo Shik also regrammed the photo on his own Instagram. 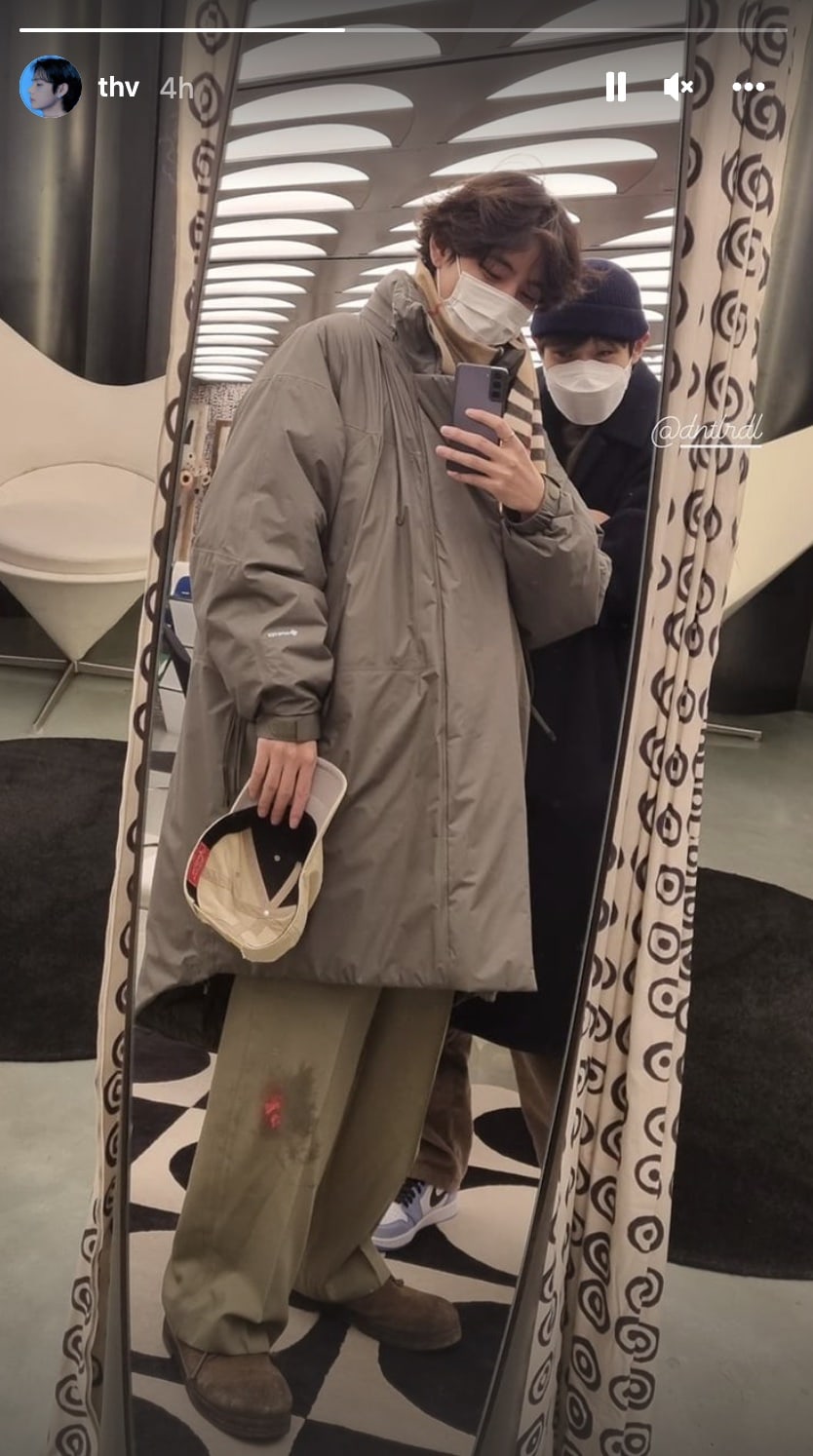 After the BTS members launched their personal Instagram accounts earlier this month, V was officially declared by the Guinness World Records to have broken two world records regarding follower counts.

Choi Woo Shik is currently starring in the SBS Monday-Tuesday drama “Our Beloved Summer,” co-starring Kim Da Mi. V recorded an OST for the drama, titled “Christmas Tree,” which is set to be released on December 24 at 6 p.m. KST.

BTS
Choi Woo Shik
V
How does this article make you feel?