Lee Junho has been making a strong impression in the K-drama community as a result of his latest role as Yi San in the hit MBC series “The Red Sleeve,” for which he won the Top Excellence Award at the 2021 MBC Drama Awards. The 2PM member has always impressed viewers with his strong acting abilities as well as natural talent when it comes to portraying such vast characters. His acting roles have all been memorable, but here are 7 K-dramas and movies where he had a main role and truly shined. 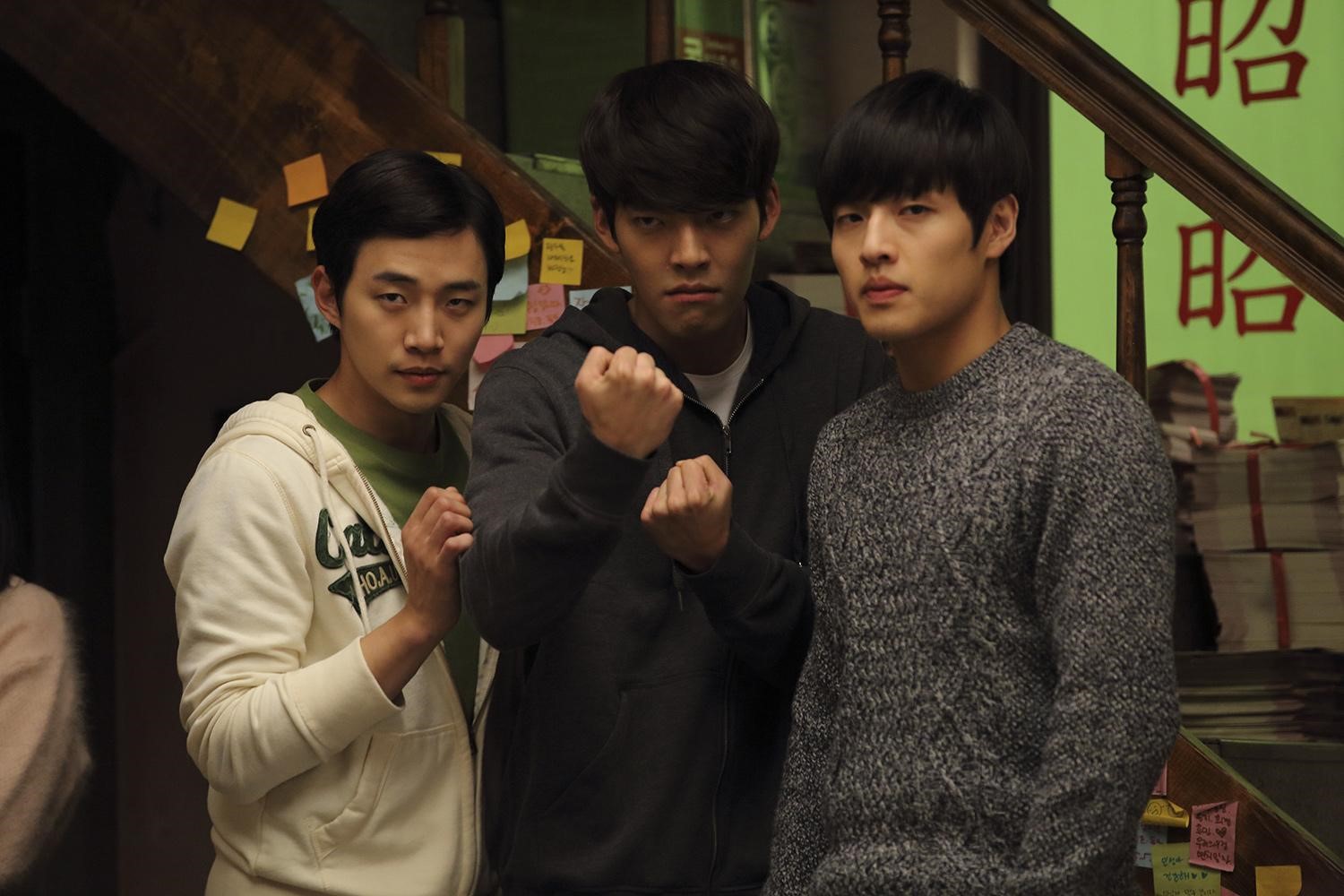 “Twenty” is a coming-of-age movie that probably anyone can really relate to. It stars Kim Woo Bin, Lee Junho, and Kang Ha Neul as three best friends who are just trying to get by in life. All three of the characters have very different personalities but are at similar points in their lives where they are just trying to figure out what to do next.

Besides the obviously good-looking cast, this is a movie that will not only make you laugh but will make you think about purpose and life’s goals. The engagement between the three friends is very heartwarming, and you’ll find yourself in each of the characters throughout, especially Lee Junho’s! Even if you somehow find yourself not liking the story, you won’t regret watching it because look at the bromance: 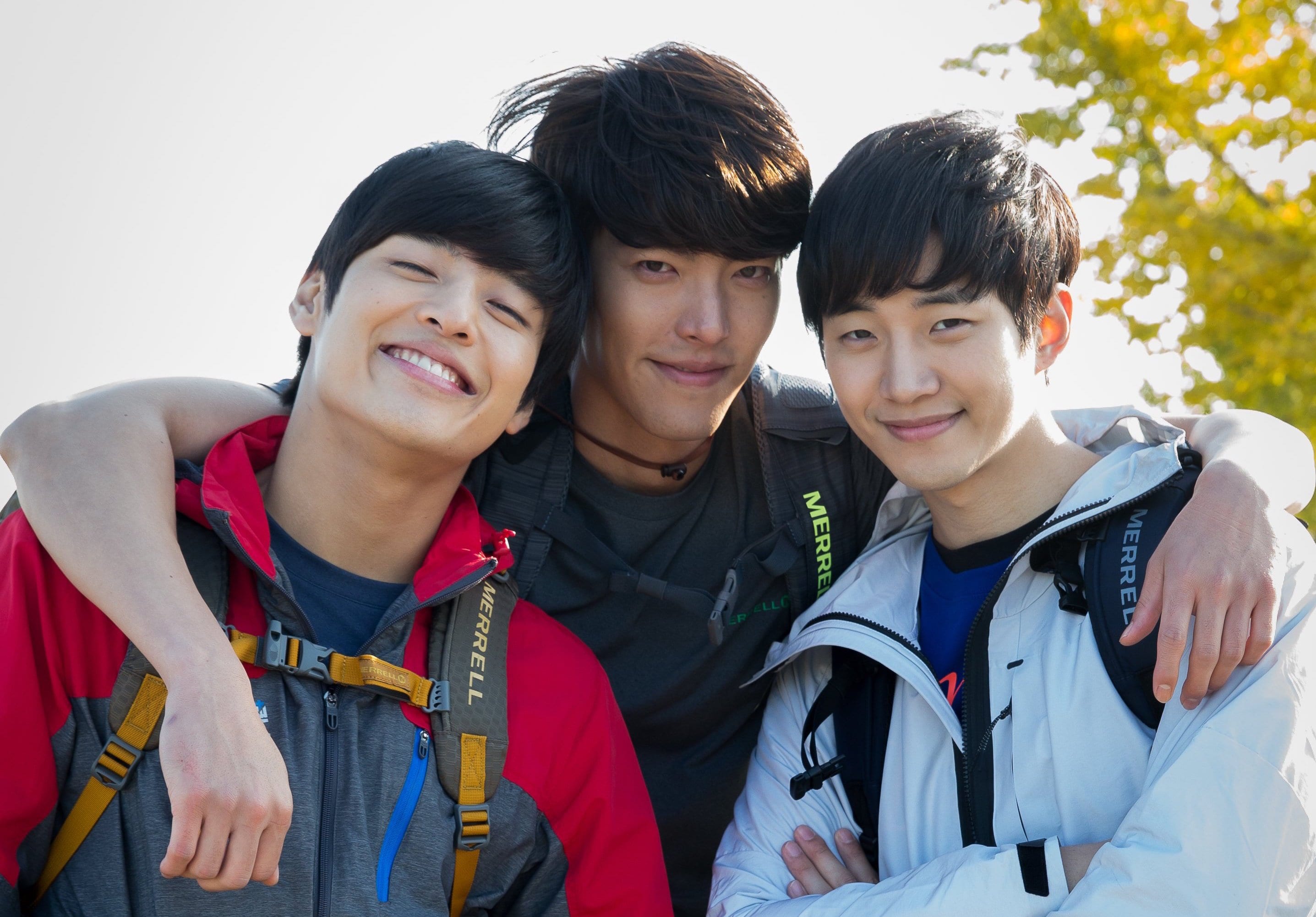 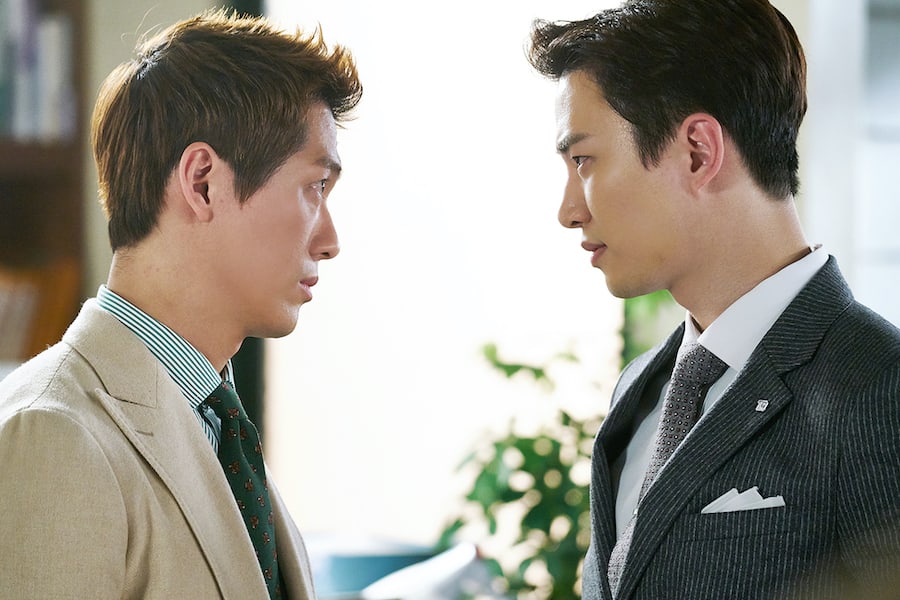 A massive success from director Park Jae Bum, “Good Manager” stars Namgoong Min as Kim Sung Ryong, a former accountant for gangs who stumbles into working as the chief of accounting in a big company. He fights to keep the company afloat while meeting friends and enemies along the way.

The series started off strong, and the ratings only continued to climb each week. Viewers couldn’t get enough of Namgoong Min’s quirky character as well as his budding bromance with Seo Yool (Lee Junho). The bromance between the two became a hot topic, and they even snagged the Best Couple award at the KBS Drama Awards in 2017. 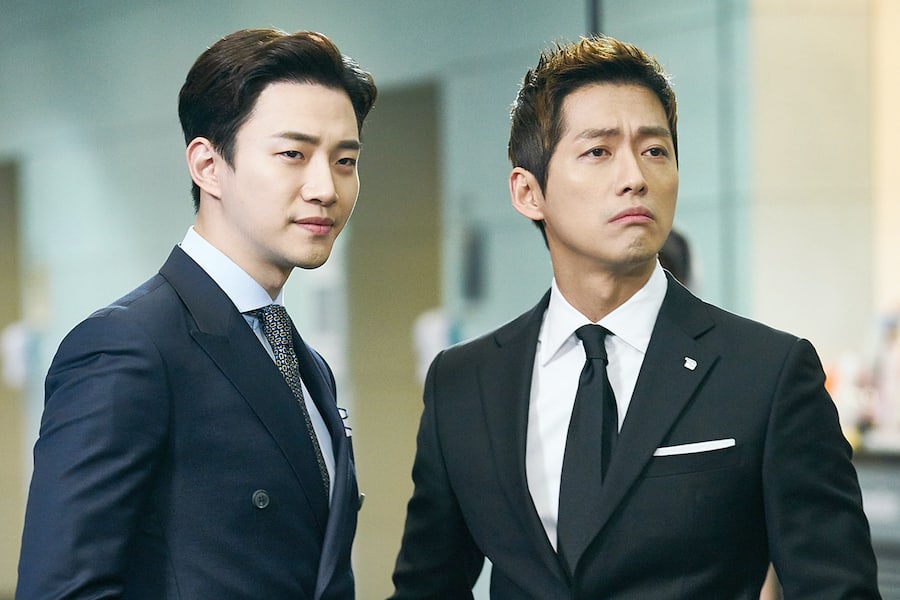 Watch this adorable duo starting with the first episode here: 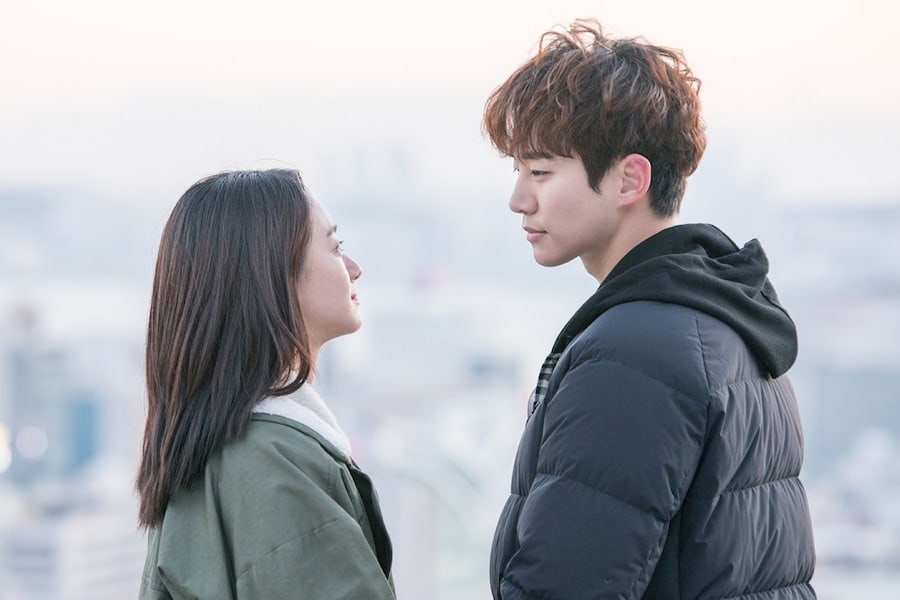 Lee Gang Doo (Lee Junho) has been through a lot in his life. He aspired to become a soccer player, but because of an accident, his dreams were crushed. As an adult, he’s taken on odd jobs and just barely gets by in life. Ha Moon Soo (Won Jin Ah) has also been through some traumatic events in her life, but she has suppressed her memories of them. She focuses all her attention on aspiring to become a successful architect. The two seem like they are completely different, but they form a strange connection. They discover that their past trauma is connected, and their relationship is far more fated than they could have ever imagined.

The story between Gang Doo and Moon Soo is complex but so sweet. Through tragedy and pain, the two find solace in each other, and you’ll find yourself getting sucked into the romance between them. It’s such a sweet story about two people who find their way back on track in life with the help of each other. This is probably the series that is guaranteed to make you fall in love with Lee Junho. He’s just that sweet in it! 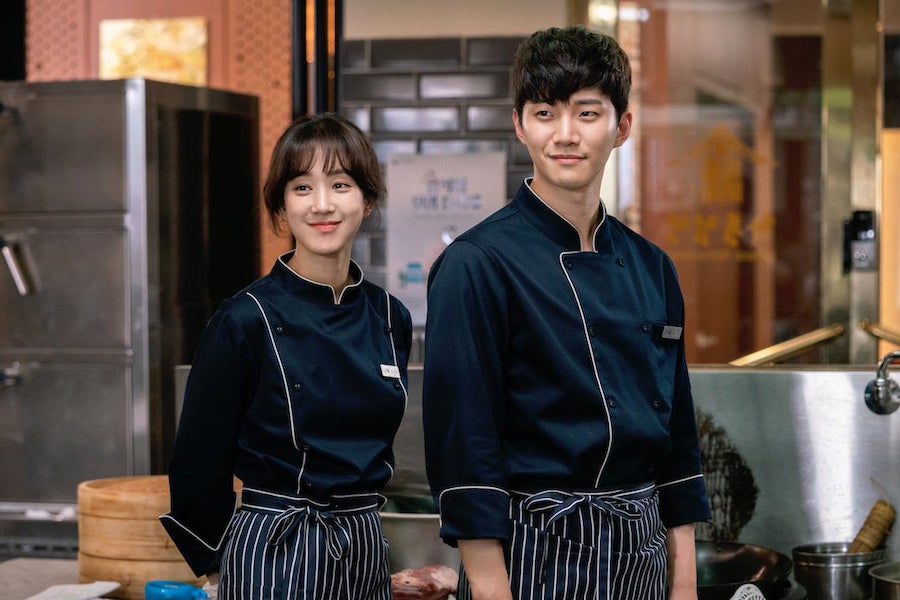 Seo Poong (Lee Junho) is a talented chef who gets fired from his high-end cooking gig at a hotel. He ends up working at a Chinese restaurant right across the street. The restaurant has no customers and is nearing bankruptcy, but Seo Poong takes it upon himself to turn it into a successful restaurant. He is hired by Doo Chil Seong (Jang Hyuk) and becomes the manager. He then hires Dan Sae Woo (Jung Ryeo Won) as a server, and the two become romantically involved, which is unfortunate for Chil Seong as he also has feelings for Sae Woo. The three work together to make the restaurant successful, but they are also entangled in this messy love triangle.

It will be a miracle if you can get through even one episode without suddenly getting hungry. The details of the cooking process and seeing various characters indulge in Seo Poong’s delicious cuisine will seriously have you hunting down some food just like it. Lee Junho even learned how to cook in real life in order to prepare for the role. In addition to the wonderful food, you’ll get a good amount of bromance between Lee Junho and Jang Hyuk as well as some heart-fluttering romance with the male leads and Jung Ryeo Won. Your heart will be torn as they both try and win the love of Sae Woo. Go food and love!

Make sure you start watching here: 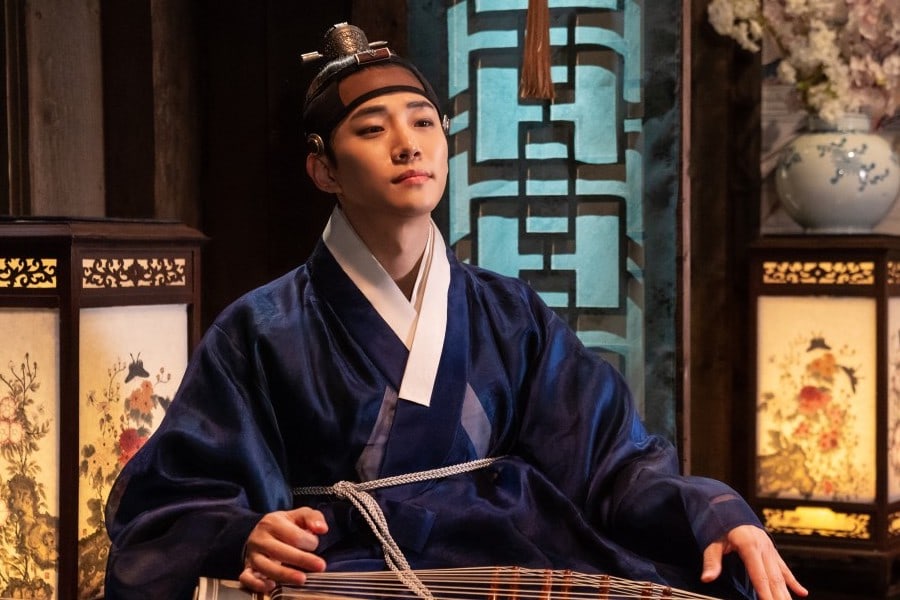 “Homme Fatale” tells the story of Huh Saek (Lee Junho), Joseon’s first male courtesan who has the ability to make any woman fall for him. He meets Hae Won (Jung So Min), a beautiful woman who appears quiet but is very confident. She is different from the other woman Huh Saek has met, and the two continue to get to know each other.

This historical comedy flick will have you laughing and obviously falling for Lee Junho. This role is perfect for him as it displays his many charms, and it is also entertaining seeing him in a comedic role; his versatility as an actor is endless! You will also appreciate the chemistry he has with Jung So Min and the bromance he shows with Choi Gwi Hwa.

You can watch the movie here: 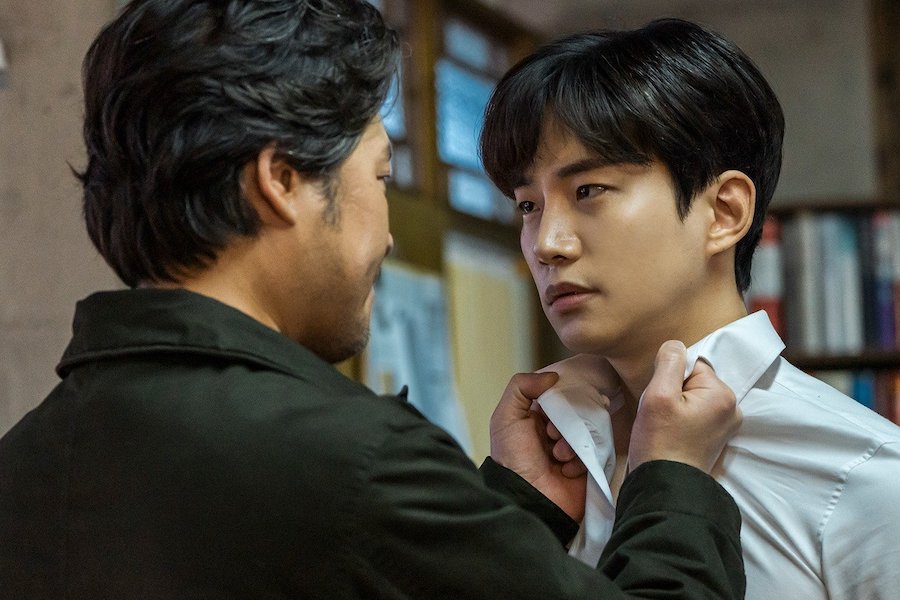 “Confession” is a crime series where Lee Junho plays the character Choi Do Hyun, who becomes a lawyer in order to help get his father out of death row. He is determined and relentless in trying to achieve his goal.

The series is tense, and the thrilling storyline captivates viewers into wanting to know what will happen at the end of the series. You get a very mature side of Lee Junho that is oozing with charisma. His character also has a soft side that makes him so likable. Seeing him as a tough lawyer is exactly the side we needed to see, and the passionate character will have you completely swooning and impressed by his acting abilities. 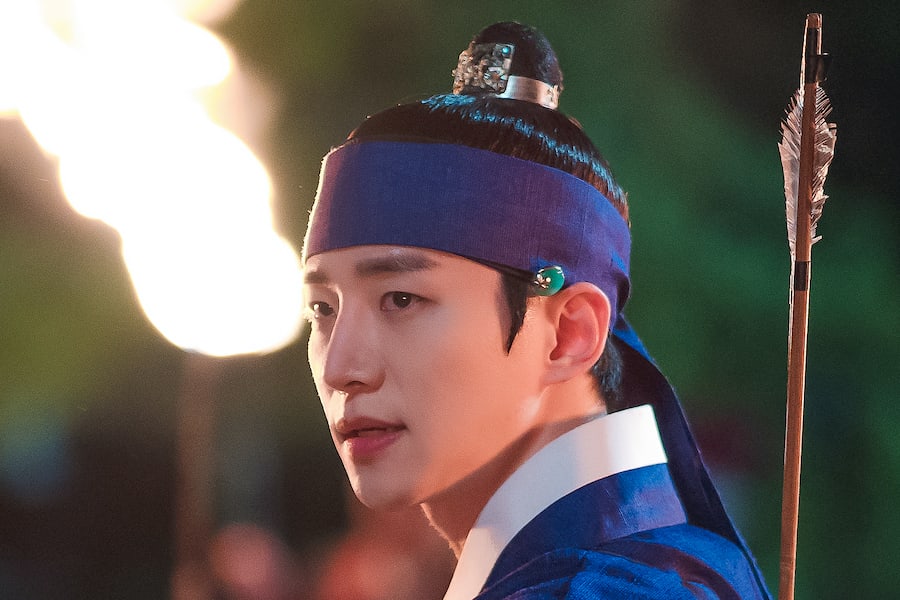 It may seem like a standard star-crossed lovers themed storyline, but there’s something about this particular series that really tugs at the heartstrings. The romantic scenes, lines, gazes, and gestures are not at all cheesy but convey a level of depth that is very heart-fluttering. Furthermore, with the stark contrast in Lee Junho’s character being a ruthless warrior who will protect his people and being a gentle soul who wears his heart on his sleeve, he has outdone himself and made everyone a believer. He is the real deal, and we will hopefully get more of him from here on out.

Hey Soompiers, what is your favorite Lee Junho role? Let me know in the comments below!