Based on a webtoon, “Internal Medicine Director Park” is a reality-oriented comedy that depicts the “funny and sad” life of a doctor. Director Park (Lee Seo Jin) dreamed of becoming a true doctor, but he agonizes between the art of medicine and his business abilities in a clinic with barely any patients.

Lee Seo Jin has already showcased his drastic transformation into Director Park. Standing before complete disaster, Director Park will make viewers wonder if he’ll be able to turn the fate of his clinic around. Furthermore, Ra Mi Ran will take on the role of his wife Sa Mo Rim and add additional comedy to the drama. She believes in home remedies more than her husband, but her reckless and passionate support for Director Park will cheer him up while simultaneously making him more concerned.

In the new poster, Director Park and Sa Mo Rim are surrounded by a lovely pink background. Sa Mo Rim has her arms affectionately around her husband Director Park and wears an eye-catching look from head to toe, while Director Park appears pitiful with a sad expression. Sa Mo Rim tries to comfort him by lifting his chin up gently. With his money flying away in the background and thoughts of his negative bank account and loans pestering him, Director Park sheds a tear, raising anticipation for his pitiful yet hilarious story. The text on the poster reads, “Newly opened clinic doctor, rookie Director Park’s survival story of escaping deficit.” 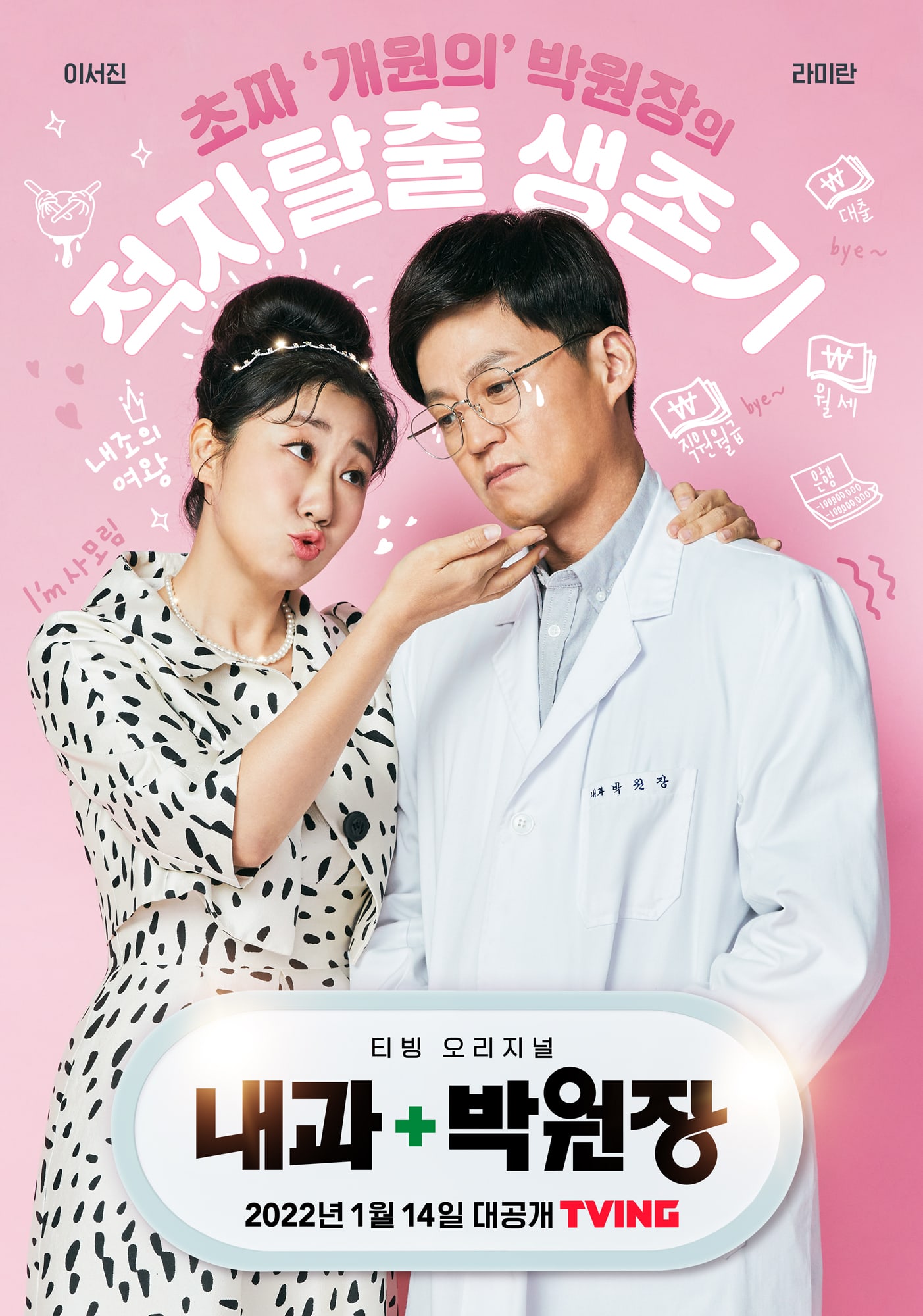 In particular, the poster raises anticipation for Lee Seo Jin and Ra Mi Ran’s chemistry. Lee Seo Jin commented, “Needless to say, she’s a really great actress. It was enjoyable acting together, and it was also really fun talking with her outside of filming. She’s a refreshing actress.” Ra Mi Ran remarked, “He has a tsundere (appearing cold on the outside, but warm on the inside) side by taking care of you without seeming to do so. He also knows a lot of things, so he’ll answer everything you ask about.”

“Internal Medicine Director Park” will premiere on January 14, 2022 via TVING.

In the meantime, watch Lee Seo Jin in “Times“:

Ra Mi Ran
Lee Seo Jin
How does this article make you feel?