KBS’s “Moonshine” has revealed new stills ahead of the upcoming episode!

In the first episode of “Moonshine,” Kang Ro Seo was beyond frustrated that her brother Kang Hae Soo (Bae Yoo Ram) got them into an enormous amount of debt. She had no idea how she was going to handle such a large sum of money, but she coincidentally came to a secret pub that was selling moonshine (illegal alcohol). There, she witnessed a new world where alcohol became gold, and she started to secretly brew moonshine at home.

In the stills, Kang Ro Seo and Geum Yi (Seo Ye Hwa) are dressed as men in order to disguise themselves as they sell moonshine. The two of them are in a beautiful flower garden with none other than Lee Pyo (Byun Woo Seok), the crown prince who is also their customer. Lee Pyo and Kang Ro Seo previously met in the secret pub, and she has no idea he’s a prince. Against the backdrop of a beautiful scenery, Lee Pyo, Kang Ro Seo, and Geum Yi smile brightly, exuding refreshing and youthful vibes. Lee Pyo takes a sip of the moonshine Kang Ro Seo made, and his lips curl upwards with satisfaction. 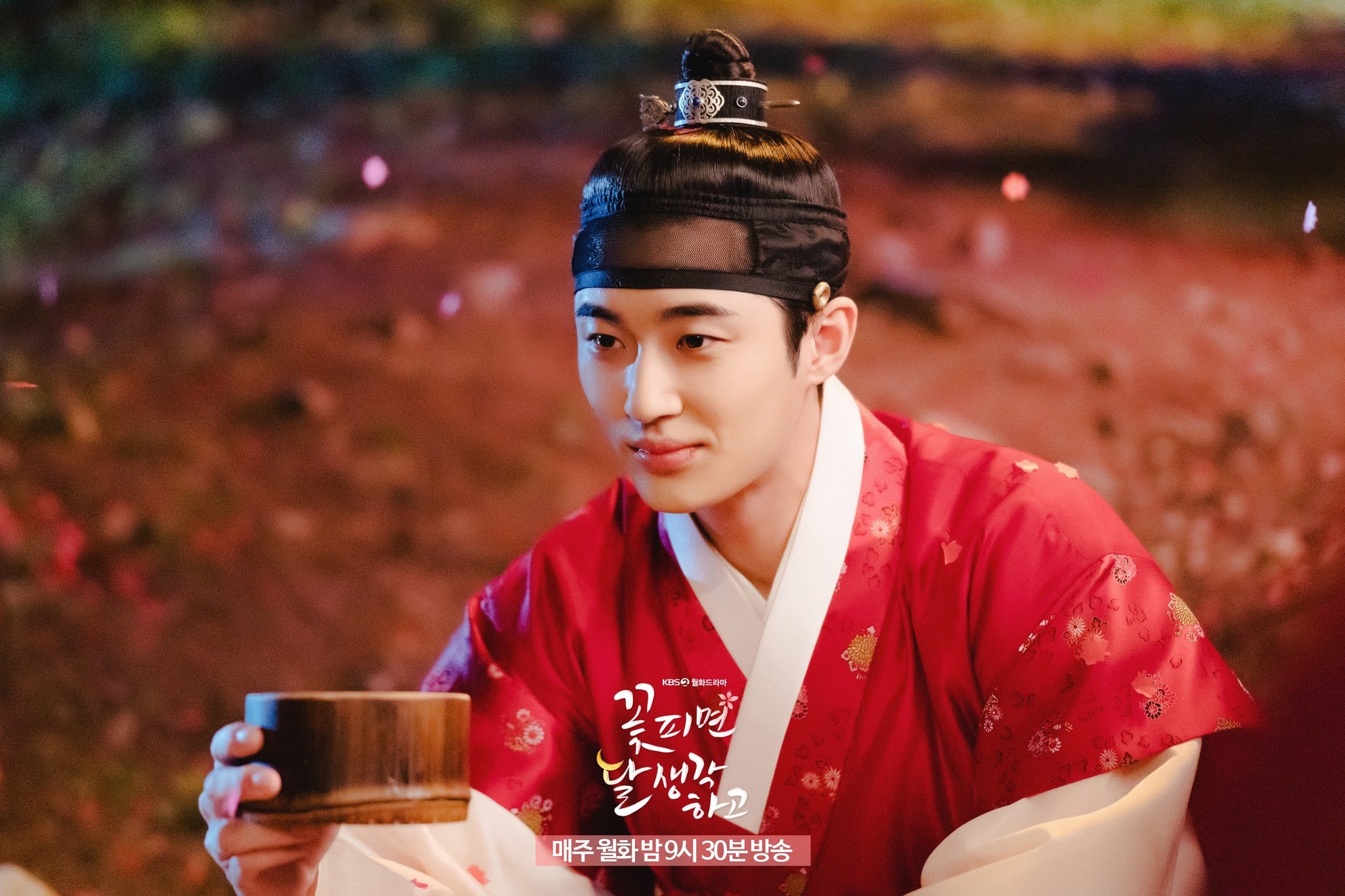 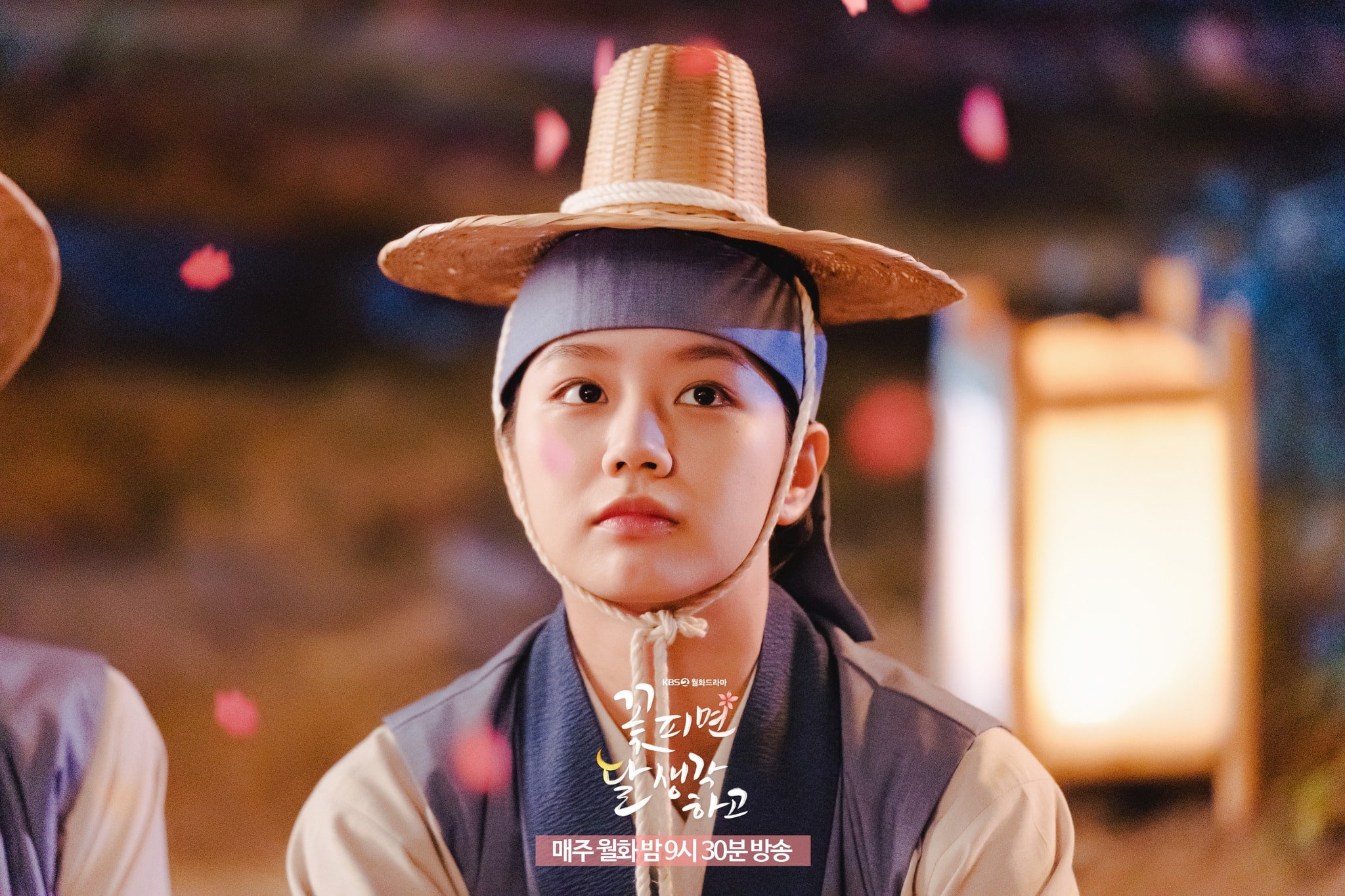 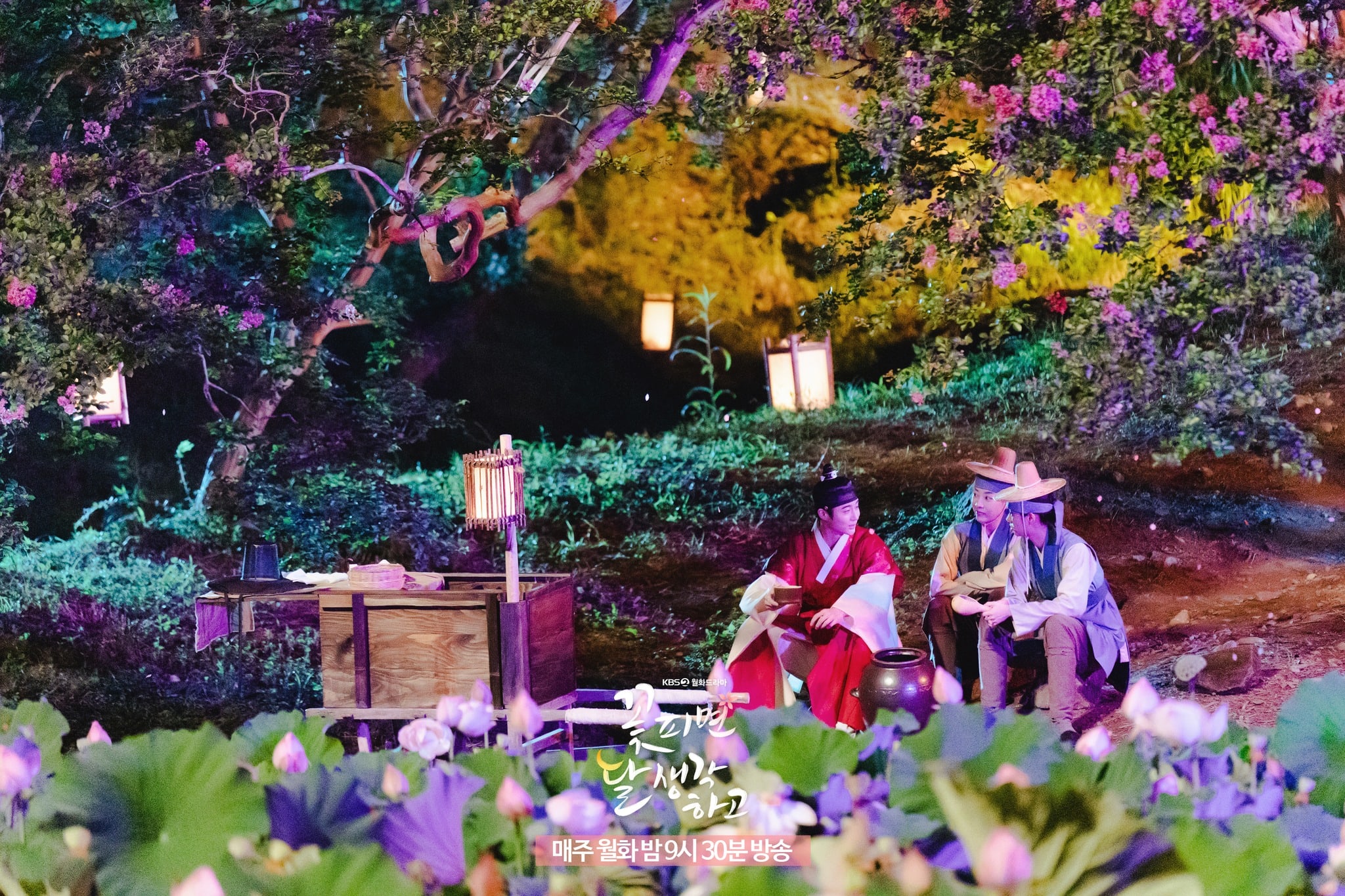 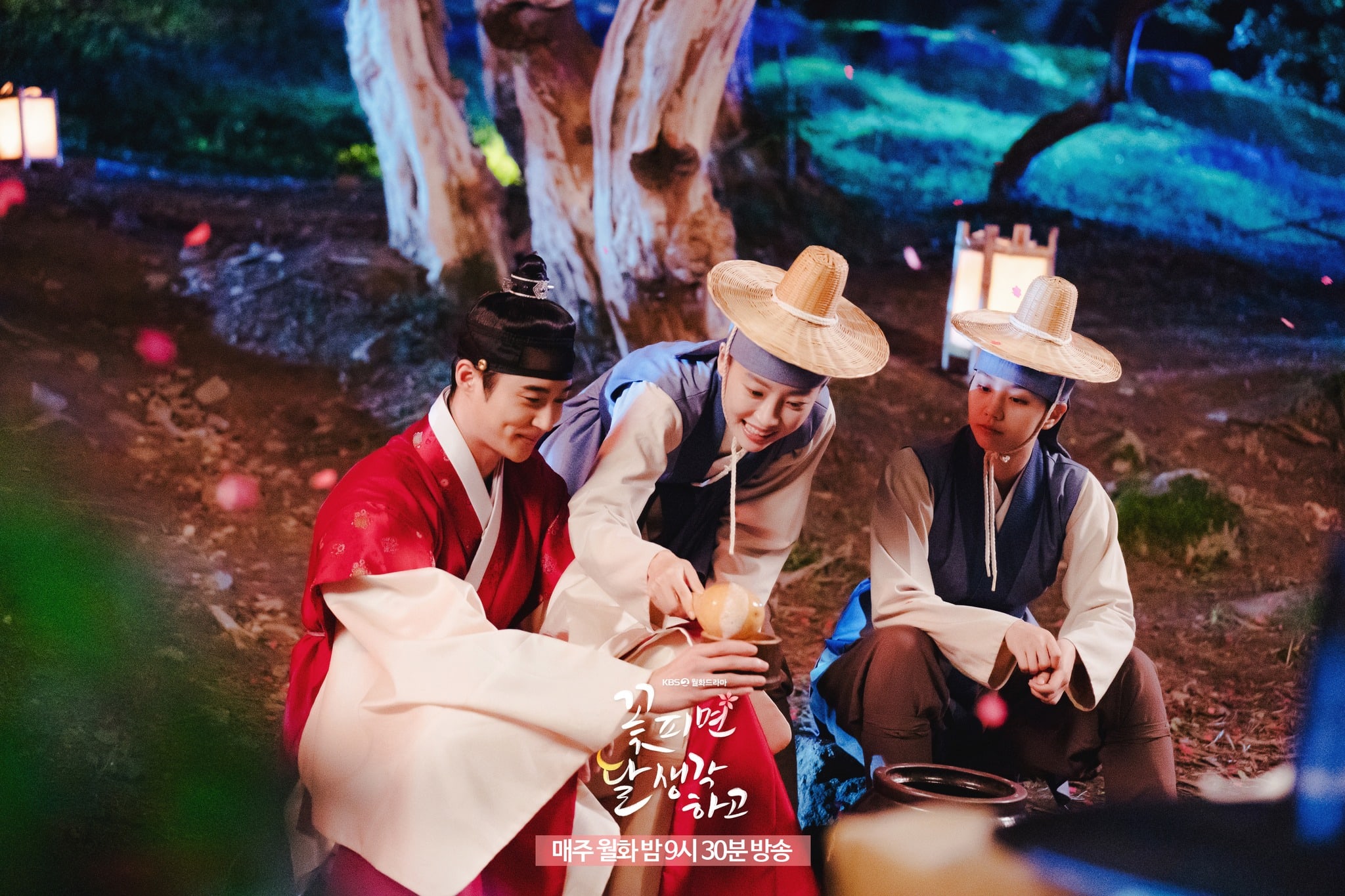 The drama’s production team shared that Kang Ro Seo will officially start selling moonshine and asked viewers to look forward to how Kang Ro Seo and Lee Pyo will reunite in the upcoming episode.