IU has released a special teaser from her upcoming December release “Pieces”!

Over footage of her in the recording studio and enjoying her day-to-day life, IU talks about what “Pieces” means to her. She says, “This is a collection of the little ‘pieces’ that lay between the official images of myself that I revealed publicly throughout my musical career. All of my songs are very special and memorable to me, but instead of forming a complete picture on their own, they’re little pieces of a picture. I think that these five songs came together like that and formed a picture out of their ‘pieces.'”

Mark your calendars for something new from IU!

With just 10 days left in 2021, IU has revealed that she will be closing out the year with an exciting new release. On December 22 at midnight KST, the singer surprised her fans by dropping an unexpected teaser for “Pieces,” which is due out on December 29 at 6 p.m. KST.

Although IU hasn’t yet revealed the details of what she has in store, her new artwork teaser may provide a hint: the image features a drawing of IU’s past albums stacked on top of one another. 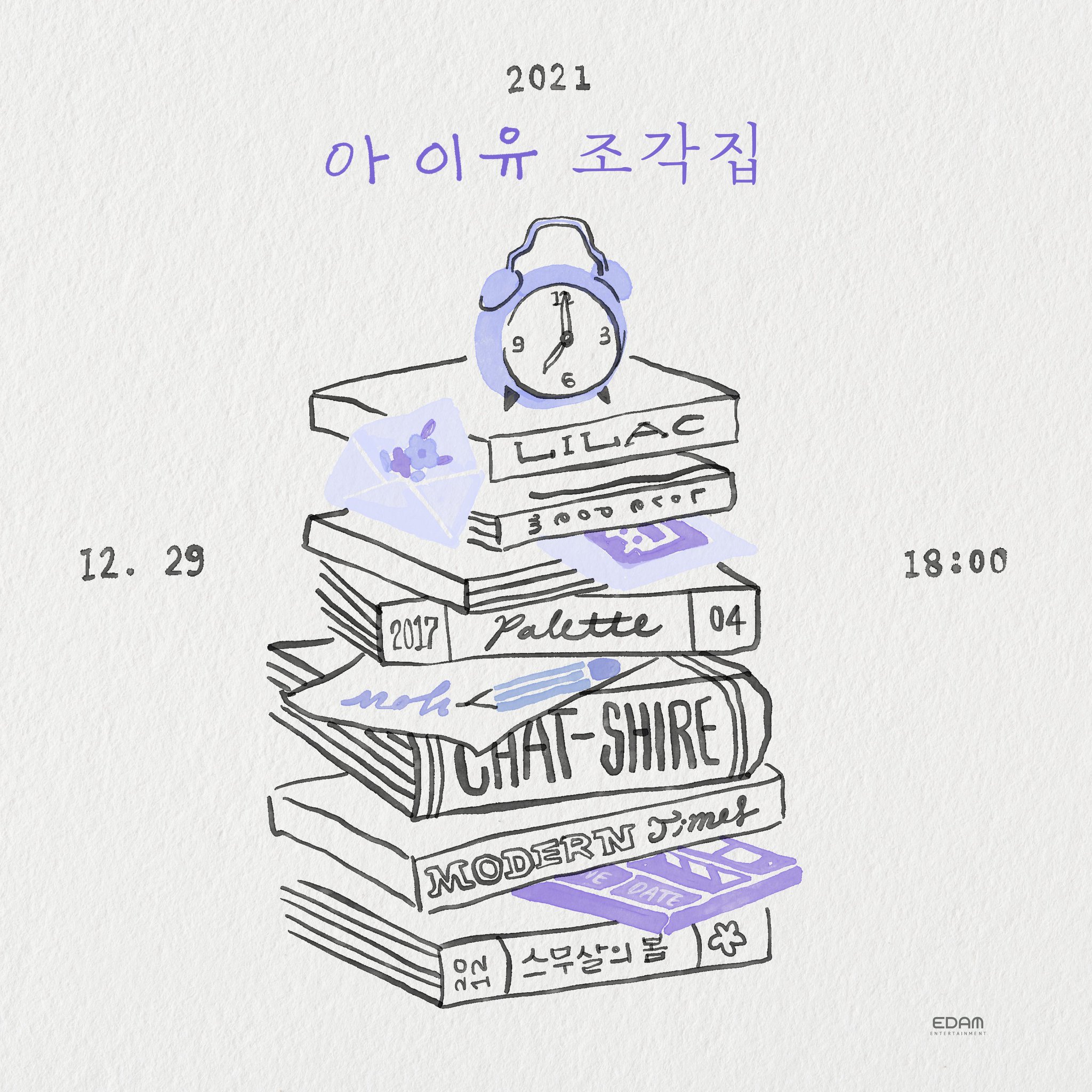 Are you excited to see what IU has planned for “Pieces”? Stay tuned for updates!

In the meantime, watch IU in “Shades of the Heart” with subtitles below: